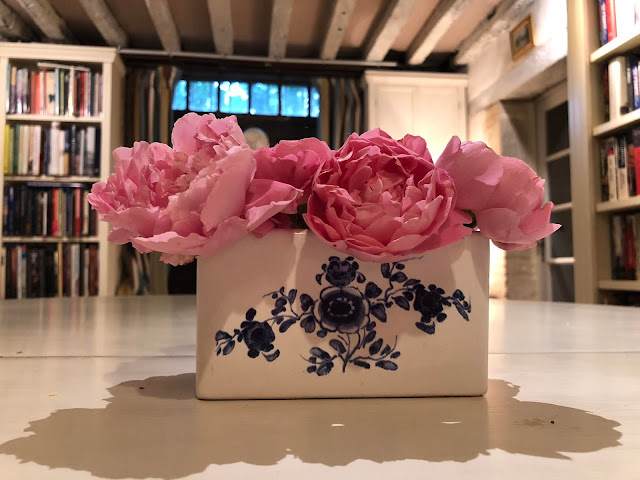 To 'The Fonts' delight the roses that suffered in the 40 degree temperatures have started to bloom again. So has the wisteria at the front door which has flowered no less than five times this year.

The angelic duo follow Angus around the garden as he tops up the pool and makes sure that the swimming pools pH balance is right. They sit and observe Angus while maintaining a sort of yodelling conversation that starts low and modulates higher.  Barks are presumably reserved as a warning sound. This yodelling is probably PON for '' What's keeping him from heading off to the bakers ?'. 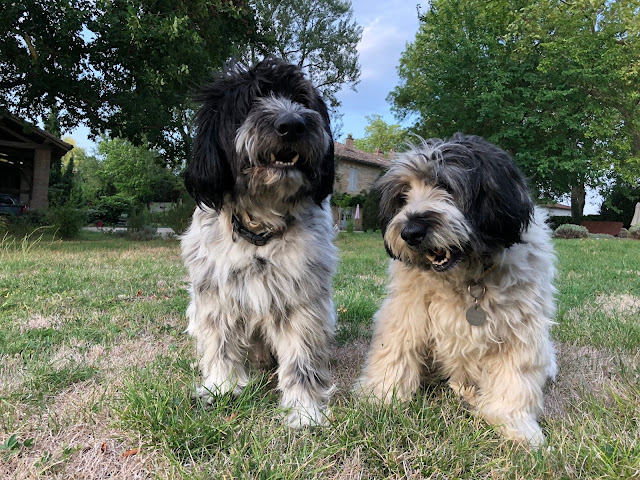 On our morning walk we stop to observe the new solar powered light by the village hall. There's also a new picnic table. This has presumably been set up for the non-existent crowds that decide they'd like to come and have a picnic in the middle of nowhere ... at night. 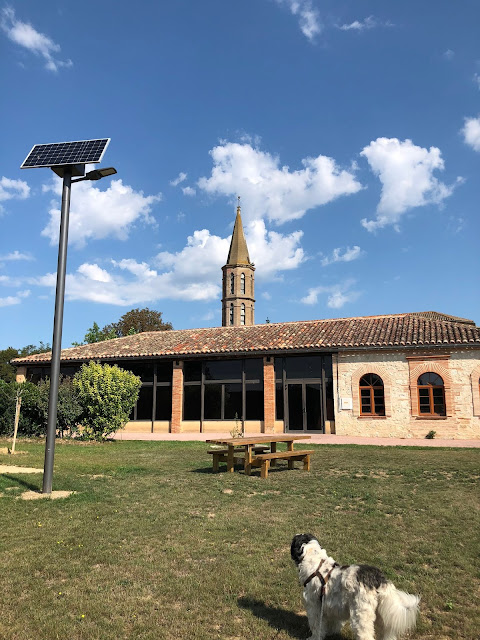 Last year there was an avocado shortage. Latin America seems to have planted extra avocados for the 2019 season. Naturally there is now an avocado glut. No less than seven varieties in the greengrocers this morning. 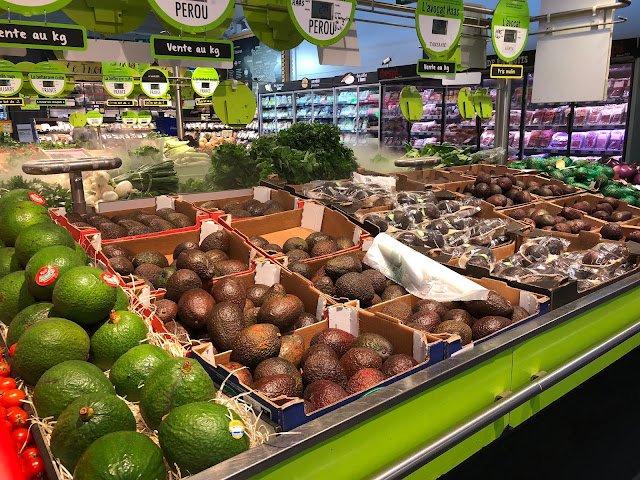 The croissant at the bakers this morning more than adequate. There is a brief moment when the sparrows flutter around Sophie's water bowl. She lets them know in no uncertain terms that they are not welcome. Bob is quite unconcerned by the sparrows. 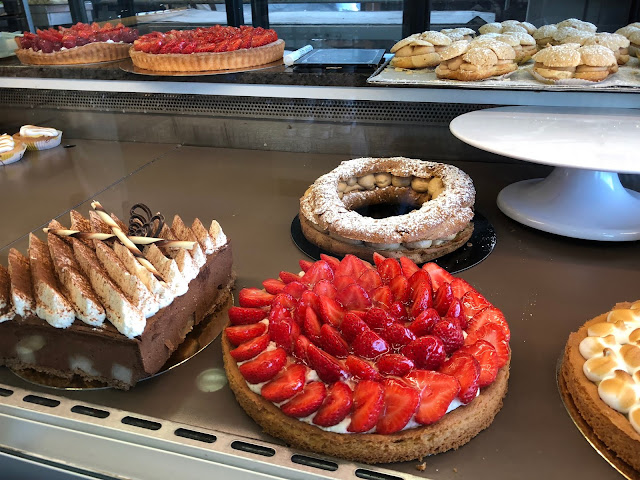 And so starts a Sunday morning in a little French village ( pop 67 ) in the heart of deepest, deepest France profonde. Two Polish Lowland Sheepdogs think it is the most exciting place on earth.

Heard this poem being recited on the BBC News last night.  They were covering an anti prorogation political rally. Whoever thought that Shelley could become politically fashionable ?

By Percy Bysshe Shelley
'Men of England, heirs of Glory,
Heroes of unwritten story,
Nurslings of one mighty Mother,
Hopes of her, and one another;
'Rise like Lions after slumber
In unvanquishable number,
Shake your chains to earth like dew
Which in sleep had fallen on you -
Ye are many - they are few.’