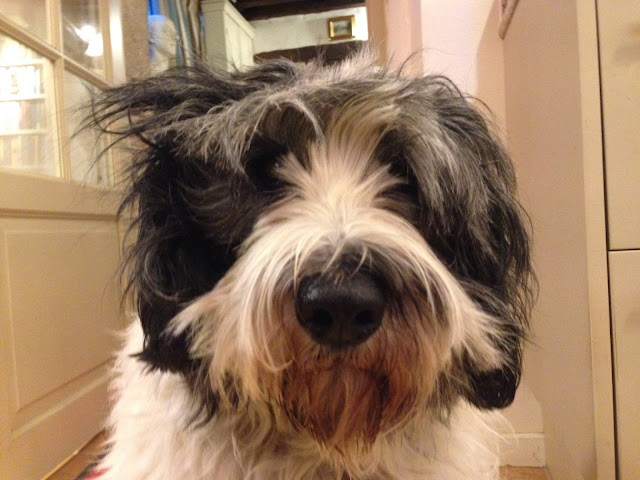 A blowy start to the day. Sophie races round the garden barking at the wind. Bob sits on his stump seat and does his best to ignore her. 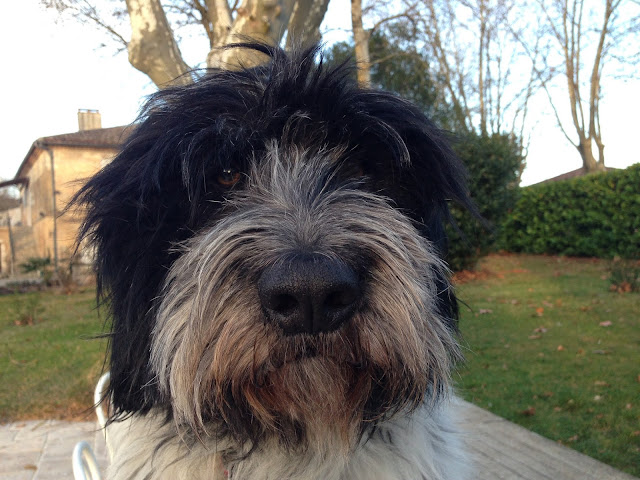 Bob joins me for an expedition into the cellar in search of the crib. Sophie continues to bark at the wind. 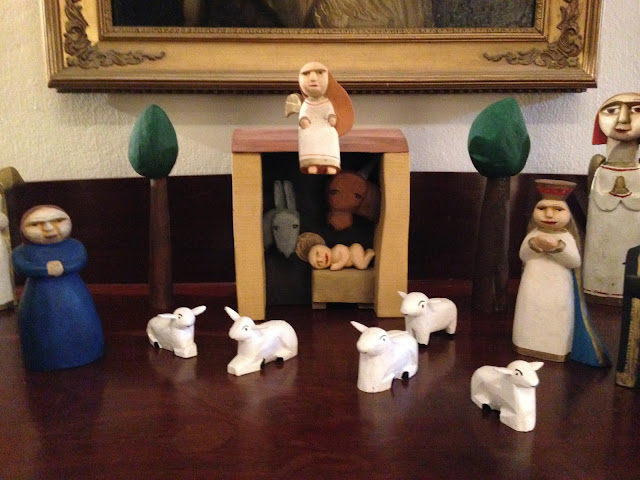 The crib is brought out , dusted and set up in the downstairs hallway. Bought at a time when Prague was still frozen behind the Iron Curtain. 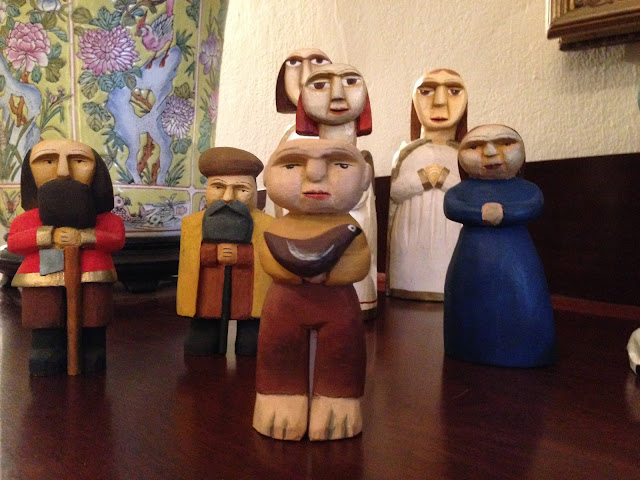 Two of the angels wings have fallen off and have to be stuck on with super glue. Apart from that it's withstood the ravages of time well. Mary stands on one side. The stern looking lady in a blue dress on the other. There never was a Joseph. Was it some strange Biblical revisionism on the part of the Slovak crib maker who decided single handedly to write him out of the plot ? 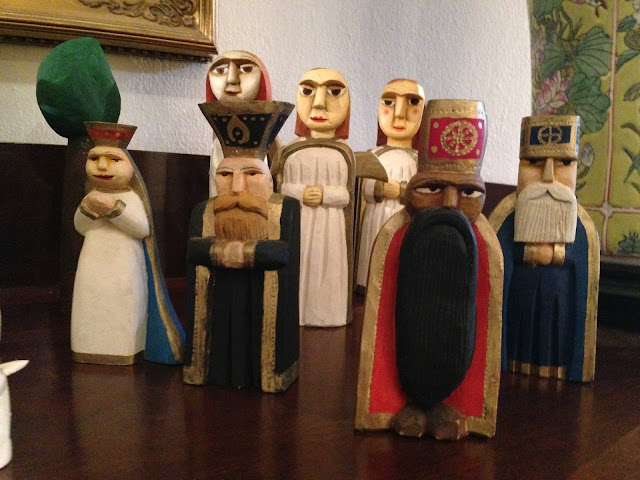 Today is also the day for the ladies of the village to set up the creche in the church. When they finish the church is locked. It won't open again until the New Year. Another of those French ' we've always done it, so why stop now ? ' rituals. Are we alone in thinking this tradition has a slightly Stepford Wives tone ? 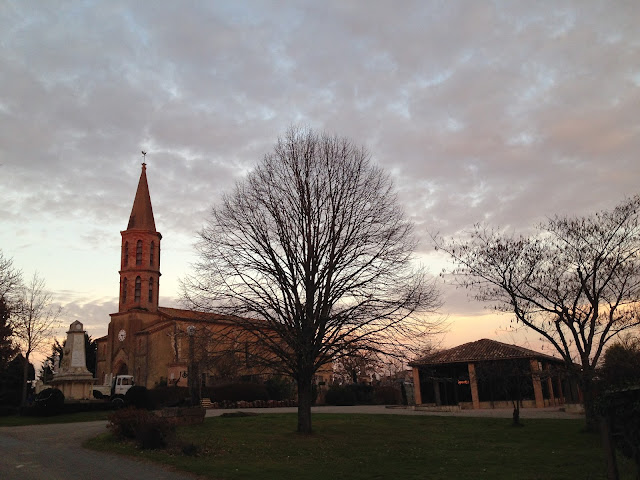 The workmen who laid the tiles on the roof of the Salle des Fetes did a bad job. They have been called back and told to do it again. Good to know we're not the only ones who have 'issues' with the local tradesmen.

So passes a pre-Christmas Saturday in deepest, deepest France profonde.

And I remember thinking that you really should hire those workmen who finished the Salle des Fetes rood work so promptly….

Angus, we think we've solved the mystery for you ! The stern lady in the blue dress is Joseph's mother-in-law and she's been giving him hell, so he's just popped out for a pint !
We suppose that there wasn't much to be cheerful about in those days, if you were on the wrong side of the Iron Curtain.

So happy you found these wonderful characters. Wouldn't be Christmas without them.

No church service on Christmas Eve or Christmas Day? Isn't that a bit like no one showing up for the Super Bowl after all the games, advertisements, sales of merchandise before the game, etc? Very odd indeed.
Pam, puzzled keeper of the wee Scottie girls, Bonnie n Kenzie

No Joseph, and the Stepford Wives theme all seems to make sense...

I have never seen nativity characters with so much personality. They're fascinating. We dearly love visiting Bob and Sophie and the Rickety Old Farmhouse each morning. Such cheer and kindness to be found.