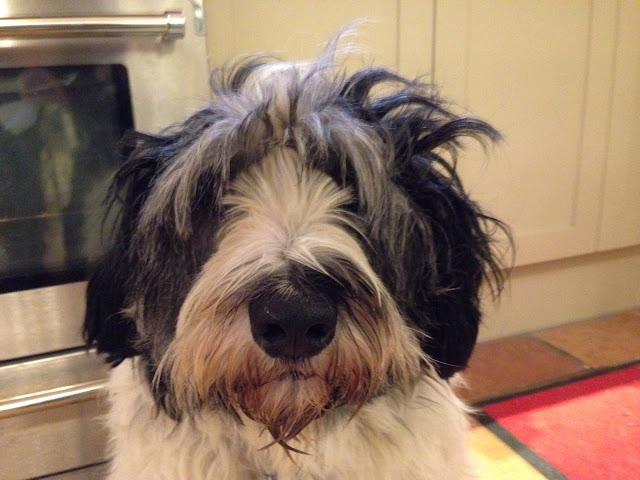 A day of high adventure beckons. We head off to buy a Christmas tree. Bob leaps into the back of the car. Then he leaps out again. His sister is nowhere to be seen. He never goes anywhere without his sister. He finds her in the orchard searching for moles. Finally, Sophie is encouraged into the car. She seems oblivious to the delay. 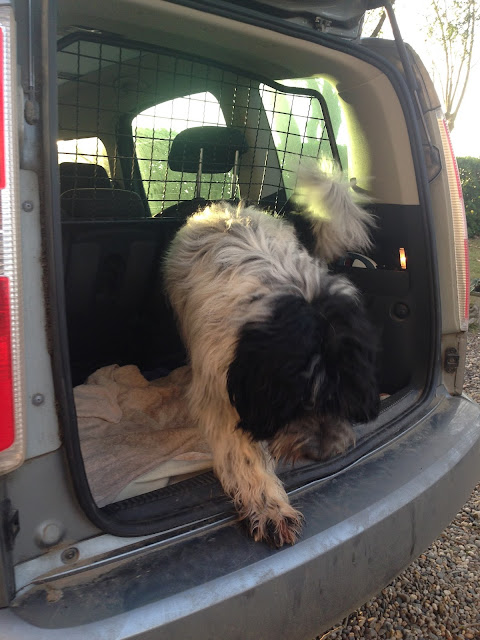 The young man at the Christmas Tree outlet has one of those highly fashionable and ever so slightly threatening hair cuts. Shaved aggressively on the sides and left long on the top. It's as if he's wearing a dead cat on his head. He turns out to be a student studying modern languages at the Sorbonne. Looks can be deceptive. He puts the chosen tree in a wind tunnel type device and wraps it in gauze. The PONs find this intriguing. Bob 'de-threats' some trees. 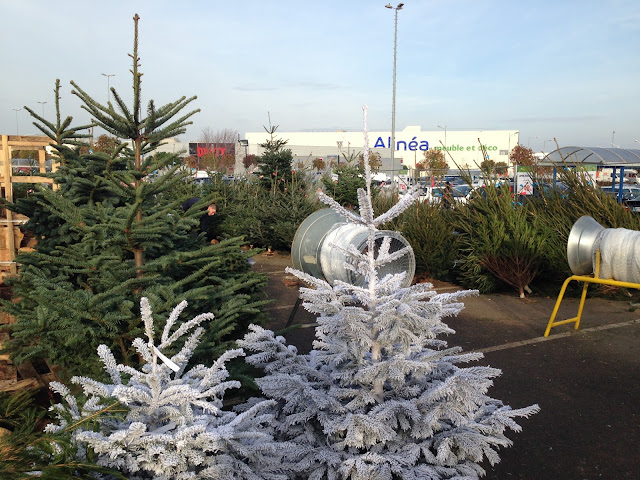 A quick trip to the supermarket while Bob and Sophie doze in the back of the car. The exotic food section has been expanded for the festive season. 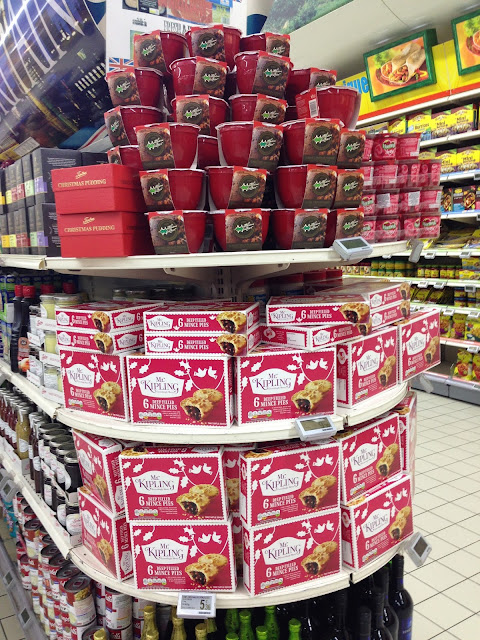 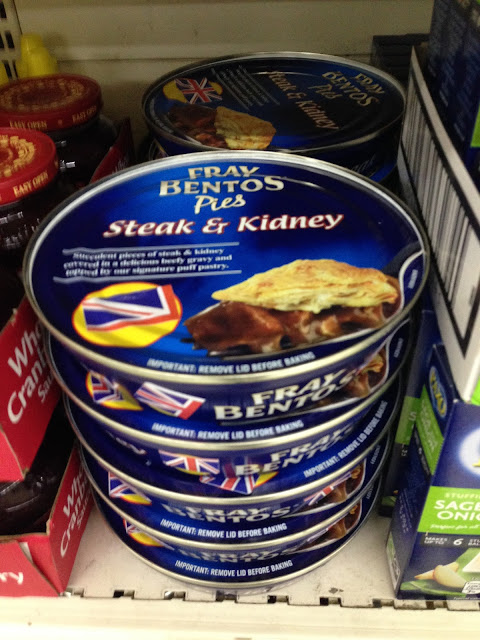 That's a nice selection of Christmas trees to choose from, Angus.
Exotic tinned Steak and Kidney - sacre bleu ! What do they make of sage and onion stuffing too?

The fractionated Union flags on the Steak and Kidney tins are intriguing!

Nothing on the shelves to dissuade the French that the Anglo-Saxons and their cuisine deserve each other.

Look carefully and you'll see that some of the cans ( an older batch ? ) have non-fractionated Union flags. Perhaps someone is preparing for Brexit ?

We didn't really read the first bit of the post Angus. We just had to get to the steak and kidney pie. Fray Bentos. An old family favourite! The amazing thing is that they are still made. (Better check the sell by date isn't somewhere in the late 1970s…)
Cheers,
Gail and Bertie,

Do you remember those canned chocolate puddings ? A taste nevr replicated. Perhaps they're still made for Arctic explorers ?

A Uruguayan finger in the pie? Are Fray Bentos products still imported from South America?

I remember the chocolate puddings....with Ambrosia custard! No wonder I was a well insulated child..

I'm still trying to figure out why the Pot Noodles.

Did love the tree outlet! Please show us the one you and the PON's selected.

If the family Princess misbehaves, you could always go back to the Christmas Tree outlet and ask the strangely coiffeured lad to put her in the wind tunnel and swathe her in gauze ! That should keep her out of mischief for an hour or two.

I am SO jealous of all those mince pies!!! None near us! Sigh.

Coppa's girl, that is funny! However, Sophie would like the whole process and would want to "do it again"! Then there would be a serious diva episode trying to remove her from the tree outlet!