Affable and not so affable. 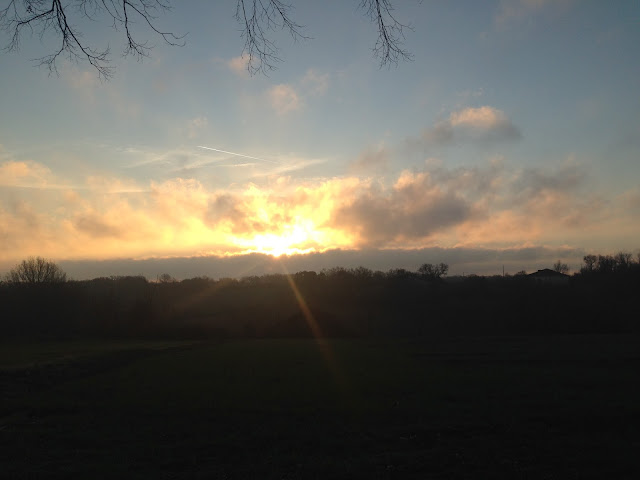 The Boxing Day hunt. It's supposed to start at eight but retired farmers are still showing up at eight thirty. Outside the Salle des Fetes, The Old Farmer, sporting a Canadian style hat with ear flaps, dispenses Floc from the stainless steel tea urn. Around nine the horn sounds and the hunt sets off. The over excited hunting dogs race to all points of the compass. A pack of a dozen rush past the gate and head off down the lane - in the wrong direction. Half an hour is then spent trying to round them up. The liberal helpings of pre-breakfast Floc don't help. The dogs are having a whale of a time. They come charging back down the lane and head off up the German billionaires drive towards the chateau. By this stage any animal within ten miles has heard the commotion and slipped away. 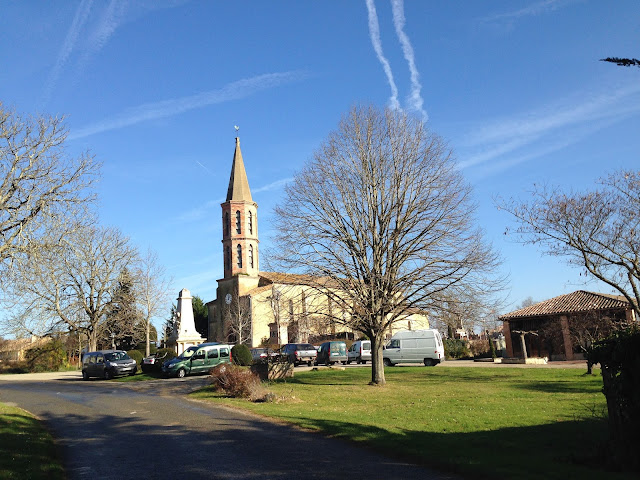 Bob and Sophie are greatly taken with all this excitement. They view it as some sort of canine rave. We head off in the car. The morning walk with the PONs taken well away from tipsy septuagenarians and their shotguns. 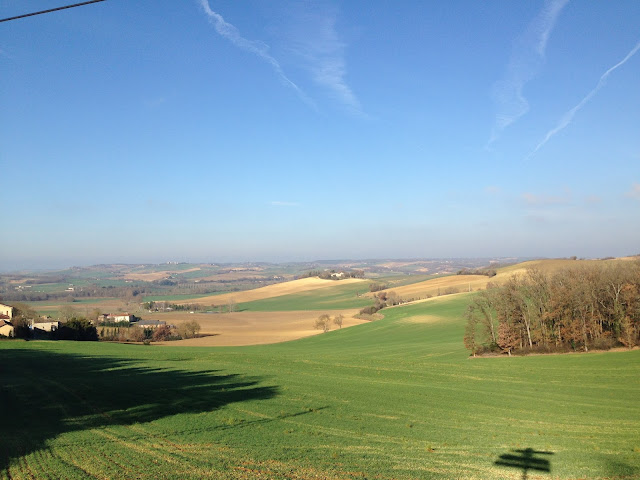 The weather continues to be clear and bright. Not quite twenty degrees today but close.

Bob remains happy. The most affable fellow I've ever known. 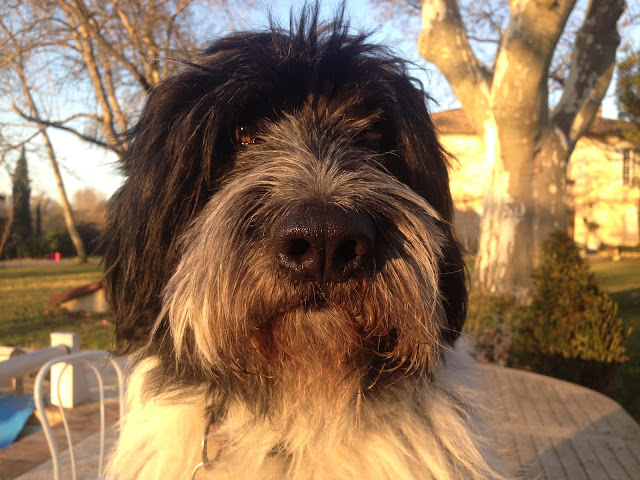 Affable is not a word you'd use to describe Sophie. However, her wet nose continues to astound as does her ability to generate mischief out of nothing. 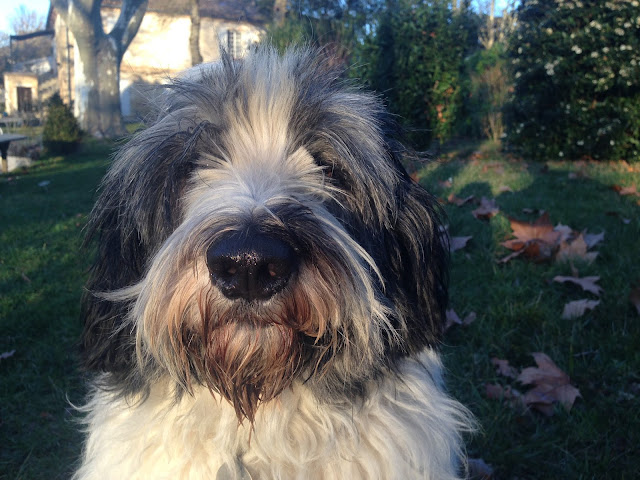 Both are in need of a major trim but it can wait. Cold weather must surely be on the way.

Just another of those quiet, uneventful, days in deepest, deepest France profonde.

The hunt sounds absolutely hilarious, just like something out of a "Carry on" film !
Bob looks imposingly regal - he's such a fine fellow, so how can poor Sophie compete, especially when she has a bad hair day?

There may be a big difference in dog breeds, but it appears that the quality to create mischief is what connects them.

Since the only think we hunt in our neighborhood are dogs who have escaped from their owners; it makes me wonder, what are the rave dogs hunting, and do they know this is their task? Beautiful pictures!

Bob has the most beautiful eye(s)...

Sounds like some well meaning soul offered the dogs a bit of Floc as well. Luckily none of the guns bagged themselves a fellow farmer. Glad Bob and Sophie were made safe.
And isn't a wet nose on a dogs good thing?

Your comments about Sophie remind me of the report cards that were often sent home when my son was a boy,

Your comments about Sophie remind me of the report cards that were often sent home when my son was a boy,