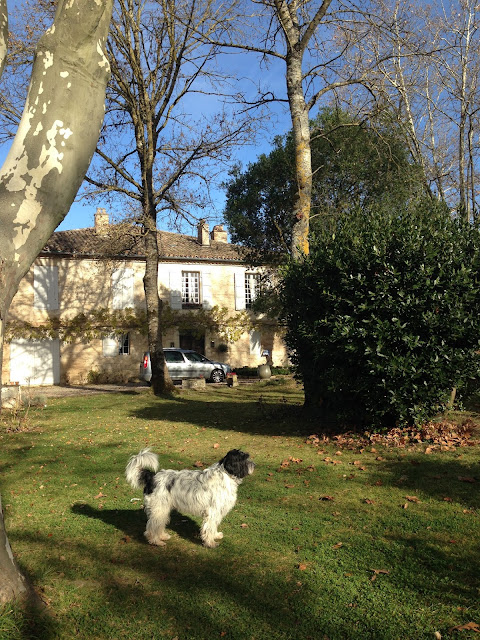 Another cloudless morning. Sophie exhausts herself chasing invisible things in the drainage ditches and opts for an extended post walk nap. Bob guards. 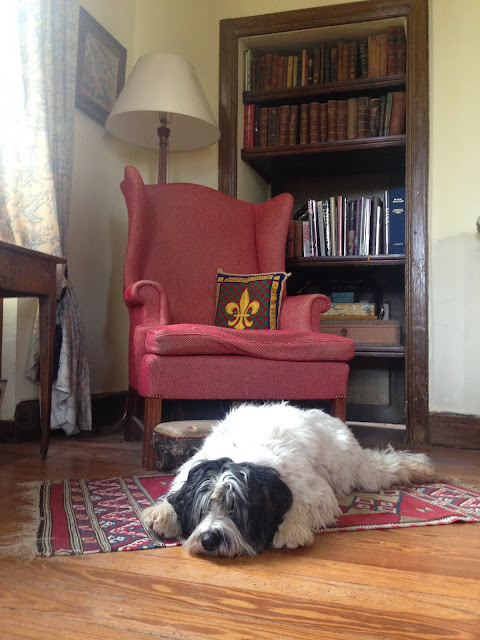 Have the fruit and vegetable sections at the supermarket suddenly become more colourful ? 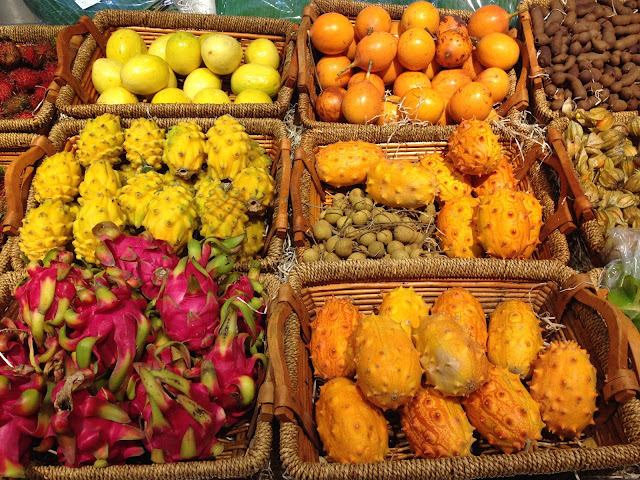 Angus has to ask 'The Font' what the red beans are. 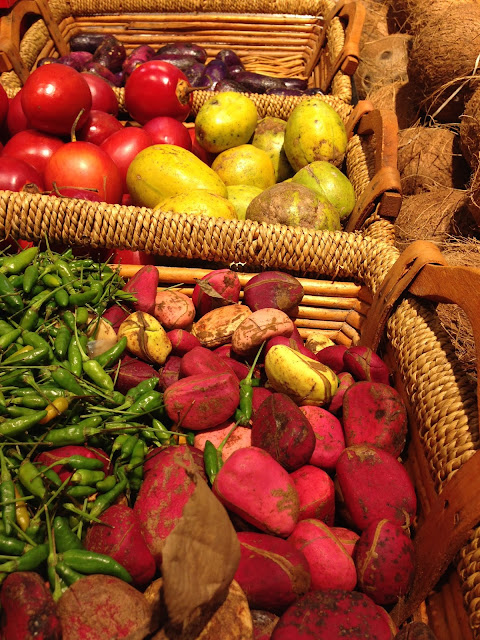 Even the lettuces look festive. 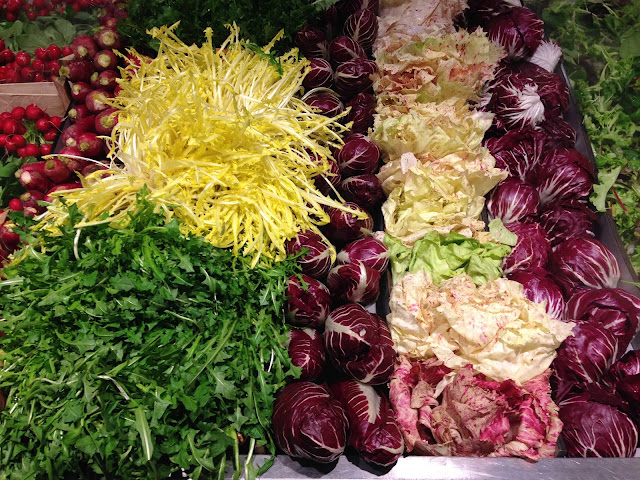 The roofers have finished work on the Salle des Fetes. Voting in the second round of the regional elections can take place, in the dry, on Sunday. The village has always voted Socialist. Last Sunday 61 of the 67 souls on the electoral register voted in the first round. 32 voted for the extreme right Front Nationale.

Our builders finish. They don't clear up afterwards. What a surprise. Cement dust and PONs. Wonderful.

Interesting, and to my mind disturbing first round election result in your village, reflecting, I guess, the mood of the country. Will the vote for Ms Le Pen's party hold up on Sunday? One has to say the turn out was impressive.
Cheers,
Gail.
PS The Old Farmer might have a rival. My new and unexpectedly bright LED Christmas tree lights are prominent from the far end of the street. I hope they are not causing air traffic control problems at Dyce.

Floofy lettice? Wonder if it is tastier than the usual?
I agree with Bertie, the voting shift is a worrying sign

There are several things I don't recognize in those display baskets in addition to the beans. Those red
fruit/veg which resemble a small tomato. Chili peppers?
We have our own "worrying sign" to contend with in the States: Donald Trump. Hard to believe people are
enthralled with such a individual.

It seems our grocers lay in a more varied fruit and vegetable selection for the holidays too. But nothing as lovely and visually exciting as yours.
I'm really uncomfortable with the up and comming presidential election in the US.

Did "The Font" buy any of those most unusual looking vegetables and fruit? Most of them are not something I've seen, even here in sunny Spain, so I wonder where they originate? They have a slightly Oriental look to them.
Glad to see that Bob is still taking his duties very seriously whilst his sister catches up on her beauty sleep. The Old Farmer's illuminations are probably keeping her awake at night !
Like everyone else, we too are worried about the way the elections are going in both France and the US. Donald Trump as President of such a powerful nation is just too horrifying to contemplate.

I still don't know where the builders were placing the walls at ROF?

The Old Farmer must be overcompensating for few decorations on the ROF. The conservative/patriotic turnout of elections doesn't surprise. People have that in their DNA, it's totally normal otherwise there would be no nations, distinct languages and cultures to begin with. To be overly liberal means to take the guard down and tolerate all, even those who are not friendly. This ends up taking away the liberties people were so proud of fighting for for centuries. Hard to find the right balance, but the balance is what makes nations stronger and better in the long run. Hoping for good results for France as well as the US. Republicans in the US are much different than conservatism of France. Donald Trump doesn't have a chance in the US, overall Republicans don't seem to offer any good solutions for anything these days but unfortunately some people are not rational to see it.

How I wish that our voting was on Sunday -- It's already gone on long enough!