Yesterdays award ceremony went well. In fact it went so well it lasted for a full three hours. Through it all The Old Farmer dispensed wine from his tea urn. The Parisian guests were not served from the tea urn. They, and the new mayor, were served wine from a bottle.  The black mask wearing  Parisian visitors did not linger. They were off in a chauffeur driven Citroen within 15 minutes of presenting the old mayor with his gold long service medal. The Parisians must view these trips into the depths of France profonde in much the same way a 19th century explorer would embark on a visit to 'heathen parts'.

We stood outside and slipped away when we'd been seen by most of our neighbours. There must have been at least ninety folks there. Masks were in evidence at the start of the proceedings but were quickly dispensed with.  There was also much kissing and hand shaking. Our 'aloofness' was probably the right and safest strategy. 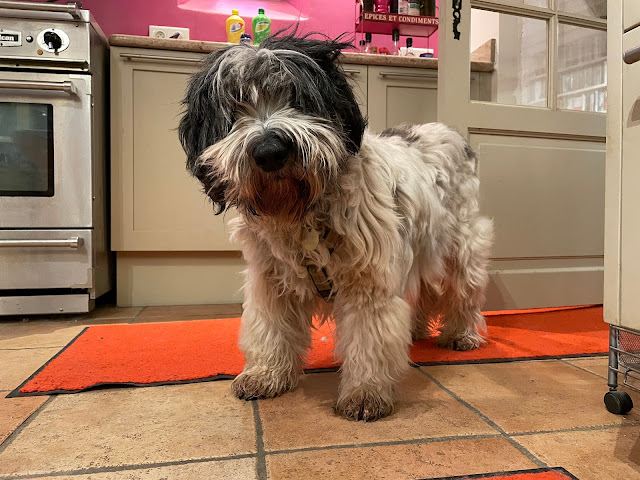 This morning we head off to the modern bakers. No croissants today - the bakers already sold out -  but dog and master sit in the back of the car and share a carefully de-raisined pain au raisin. 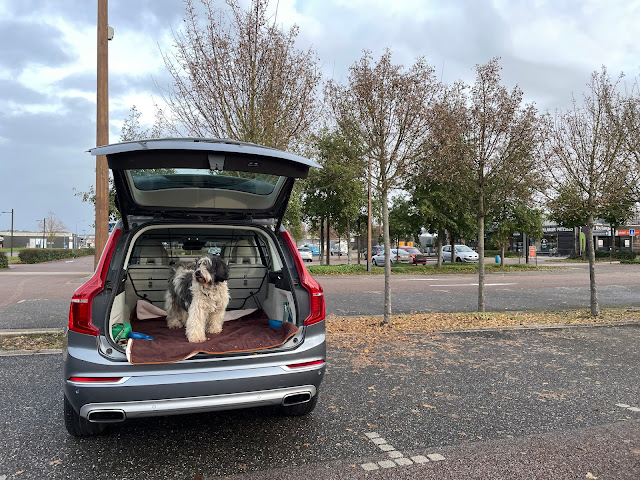 How interesting that the car park at the hardware store is full to the brim even though it's barely light. Presumably tradesfolk stop here before heading off to their scheduled 'jobs'. With so many folks from the big cities moving to the countryside getting anyone along to do work on The Rickety Old Farmhouse is well nigh impossible. The electrician, who hasn't been seen in six months, has promised to come by on Friday. 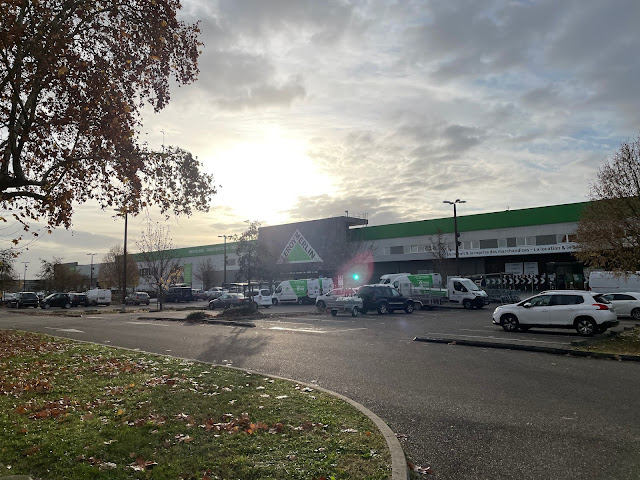 A quick detour to the greengrocers. The La Reunion pineapples have shown up. Were pineapples always sold with their stalks ?  I reckon a third of the cost is inedible stalk. 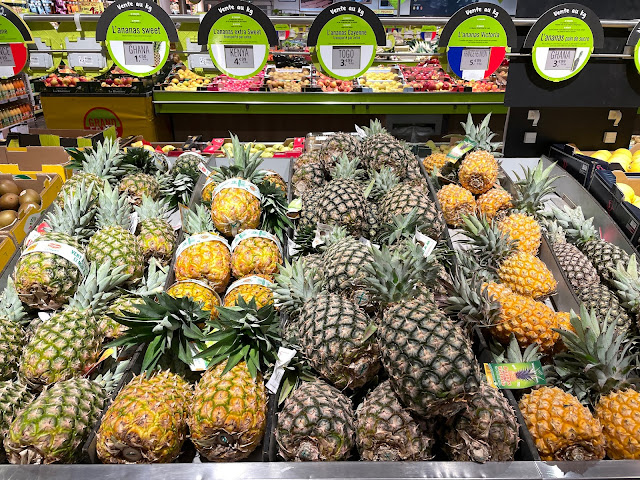 To the bakers.  In addition to some cakes Angus also buys an advent calendar. 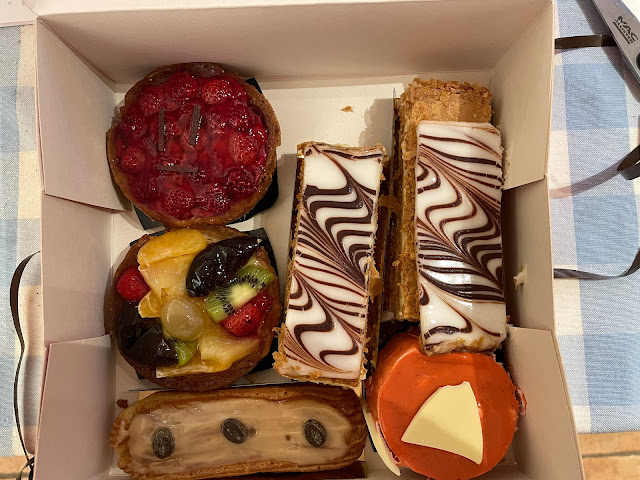 Drinking champagne out of these would be fun although perhaps too French for Calvinist tastes :https://www.matchesfashion.com/fr/products/Campbell-Rey-Ensemble-de-deux-coupes-Cosimo-X-Laguna-B-1359858