Now that's something to give thanks for. 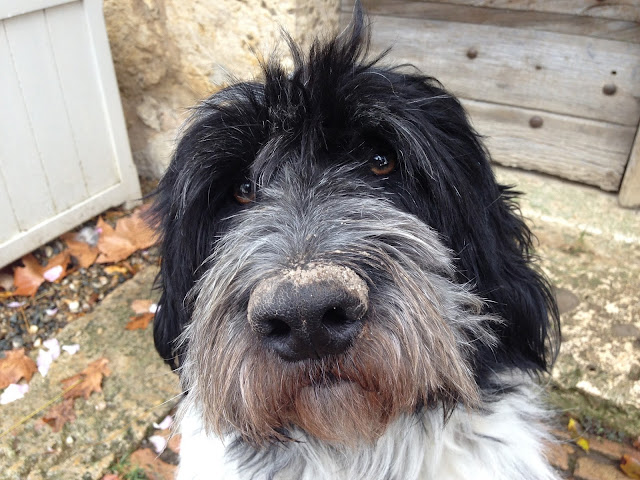 Bobs nose hints at mole hills that have been excavated. 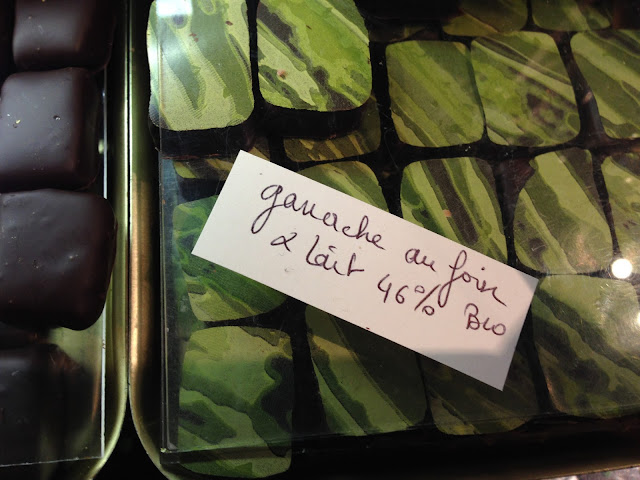 On a Wednesday the chocolatier makes a weekly batch of seriously adult chocolates. He refuses to make chocolate in the summer because it melts. The height of summer is of course the busy tourist season. This is French commercial logic beyond the understanding of Anglo-Saxons. Today, the chocolatier is in a particularly expansive mood. He has launched three new flavours :

Ganache of hay ( foin ) and milk 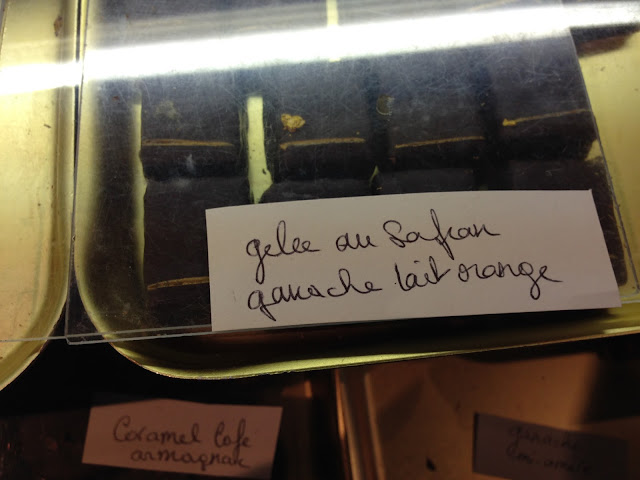 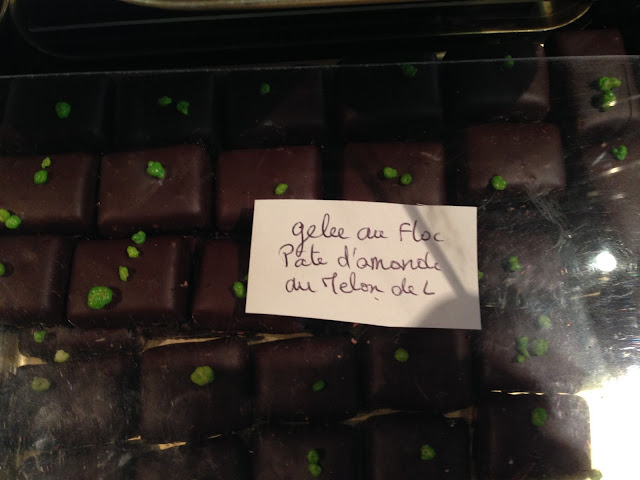 Jelly of Floc ( the local firewater ) with melon flavoured marzipan.

While we choose his wife bustles out of the kitchen and makes us a cup of coffee. The PONs get given some slivers of croissant. They are then allowed out into the back garden where they examine a collection of gnomes. The PONs owners are too polite to ask whether the gnomes are a seasonal thing or are there all year round.

For Bob and Sophie it's shaping up to be the best day ever. A trip in the car, molehills to excavate, gnomes to sniff and some croissant slivers. Now that's something to give thanks for. 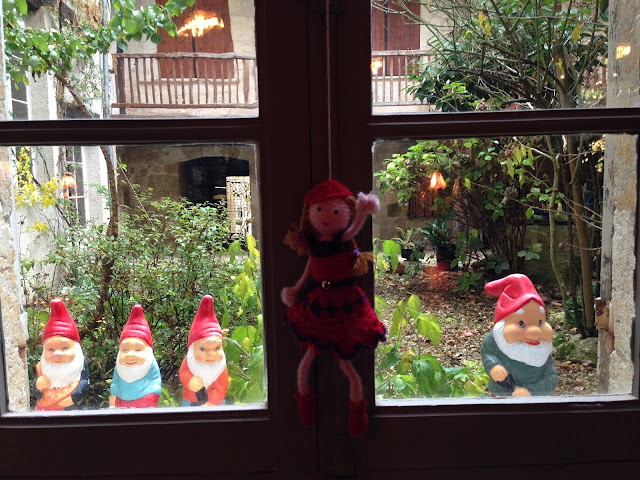 Those chocolates sound mainstream when compared to a flavour I tasted in a chocolatier in Tacoma, Washington in August. Blue cheese flavoured chocolate! Two ingredients that can be wonderful separately, combined into a product tasting utterly vile.
Hope Bob and Sophie had good luck with the moles.
Cheers, Gail.

We trust Bob was too much of a gentleman to christen the gnomes?
Foin- as in what horses eat - really? That might just put me off chocolate for life ! What did you choose?

I rather liked the idea of jungle pattern to camoflage what you are eating, but wonder why bother with 54% of the milk non bio ? Lesley

What a jolly little garden.
x

PON noses are absolutely delightful!
You will be able to tell if the gnomes were christened or not by the greeting you receive on your next visit to the chocolatier.
Bacon chocolate is the thing here, Siracha up and comming. Rather ordinary by comparison.

I'm with the PONs sounds like a perfect day to me, although I would want to be taste testing the chocolate as well. But maybe that's just be being greedy?

What a nice back garden, gnomes and all. What chocolates did you choose? Inquiring minds want to know.
As with others, I too am thankful for your pictures and observations daily.

What promise of being a relaxing day until... Bailey Bob escaped off the deck to join Bacon in the street for his walk. All cars stopped at a 4 way, waiting for us to get control of two happy dogs. Very thankful all concerned were alright. Threatened to not read your post to him as punishment, but that did seem a bit harsh. Took a nap instead!