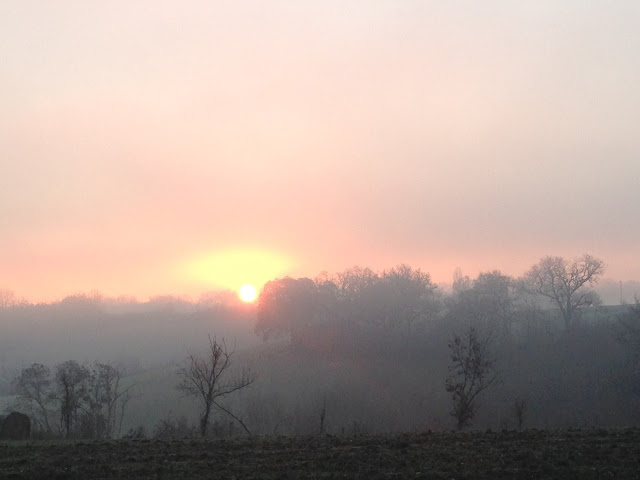 Bright but decidedly chilly. I light a fire before Bob heads off with me along the lane.

The Old Farmer and the Belgian lady return from their Christmas tour.  All went well apart from a problem with water seeping into the ancient Fords alternator on their second day on the road. ‘' We spent a night in Perigeux and the engine started up as right as rain the next morning’’  says the Belgian lady with a healthy disregard for logic.

All morning the sound of cutting and hammering fills the air. The man with anger management issues is at home for the New Year. He’s putting up a new chicken coop. His errant , grub hunting, hens cluck contentedly away on the village green as he does so. The chances of the free spirited hens being confined to the new coop seem remote.

The village odd job man does some ‘work’ on the light in the church porch. We’ve given the mayor a three armed brass lantern to replace the hideous frosted glass demi-lune bathroom light that was there. Mid-afternoon there is the sound of swearing. All the power in the village goes off with the miraculous exception of The Rickety Old Farmhouse. The power comes on again at five.


'The Font' returns after a six hour layover in Barcelona. Sophie is overjoyed. Bob exudes the contentment of a herder who has found a lost sheep. There is little else in life that comes close to matching this level of 'contentment'. 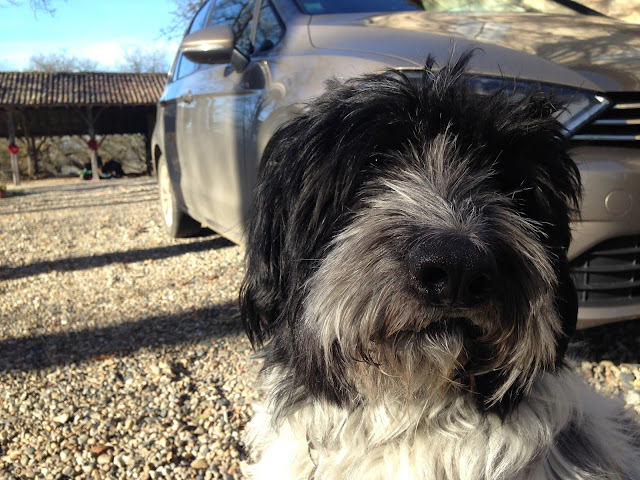 There can be no doubting Bobs tongue has recovered from its recent paralysis. 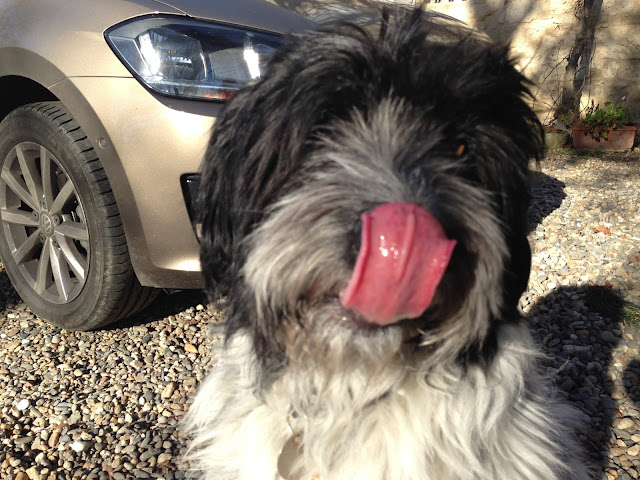 Sophie sleeps a lot. The cold must be decidedly uncomfortable on her shaved extremities. I put her out in a sunny spot in the garden on a plastic sheet covered by a thick mattress , a towel and a blanket. She has soon turned the blanket into a nest from which only a very wet nose and the end of a shaggy muzzle sticks out. 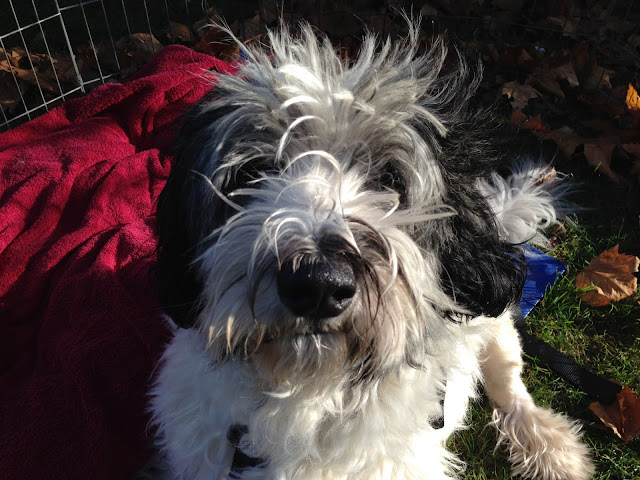