Laughter in the rain. 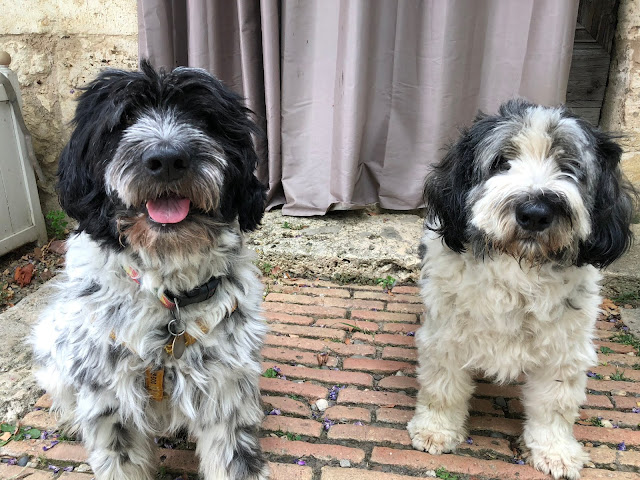 At last the heat breaks. A stunner of a storm bears down from the mountains bringing chill winds and rain the like of which was last seen by Noah. Bob and Sophie sit in the barn , tails wagging, as the storm rattles round them. They are finally 'encouraged' inside which requires their master venturing out into the elements in the dark to inform them it's bed time. 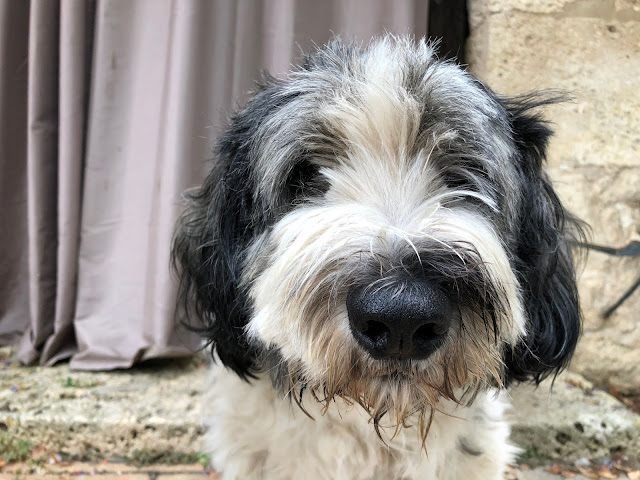 This morning the PONs are up at 5:53. Or more precisely, Sophie starts 'singing' at 5;53.  We head off down the lane and stop, as we always do, at the storm drain. Bob sits on my left, Sophie on my right. The young garagiste races past in his little black Citroen. He waves, Angus waves back. The PONs become uncharacteristically quiet. Down in the donkey field three young deer walk up the hill towards us, The wind is blowing from behind them so they're oblivious to our presence. Time to grab both PONs by their harnesses and head back home before Sophie thinks of giving chase. Metal knees do nothing to cramp her style. 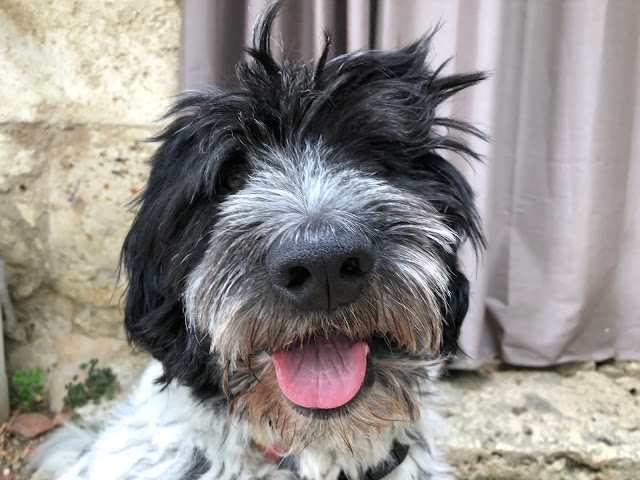 Today, we're not the first in the greengrocers but we're not far off. 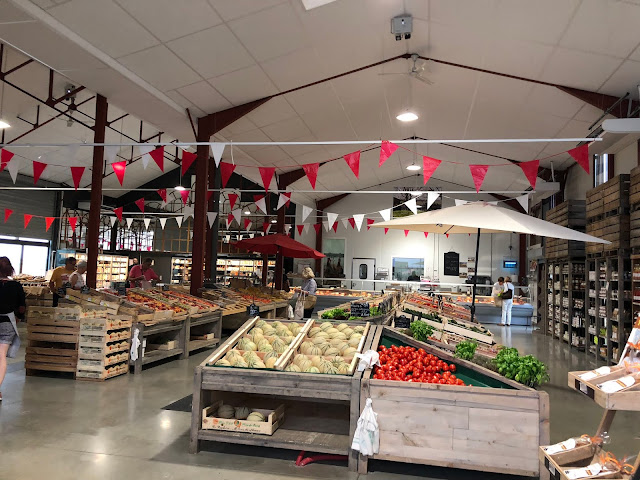 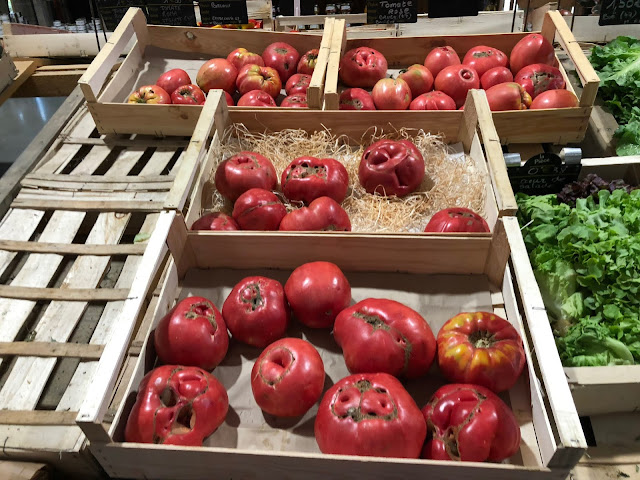 'Laughter in the rain'. Here's a Scots song and what might best be described as an enthusiastic  'Glasgow' audience.
https://www.youtube.com/watch?v=bjilebmqJpg

Wow. First Tide Lines and now Skipinnish. You're on a roll.
But I can't remember the last time I saw a drummer wearing a tie. !!!

This long excessively hot spell is making me long for the fresh winds of Scotland !

Hari om
That's spooky, was listening to that song just last evening on Bbc Alba! It's raining today and am not smiling as am headed to Edin in it... YAM xx

For some reason, their lead singer put me in mind of Stan Rogers, and I spent a happy half hour with him and the Mary Ellen Carter.