Sometimes the questions are complicated and the answers are simple. 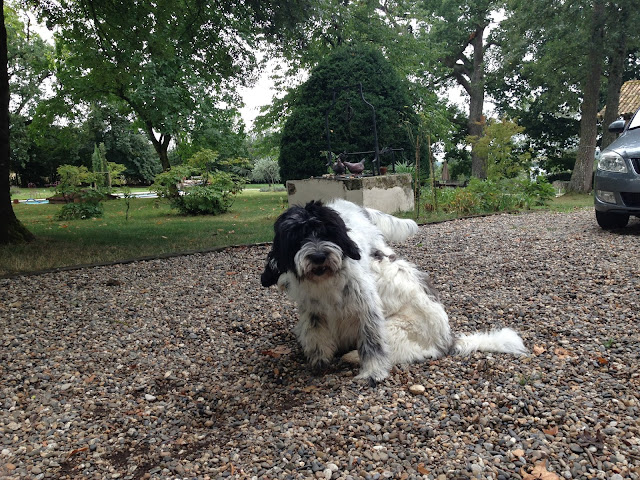 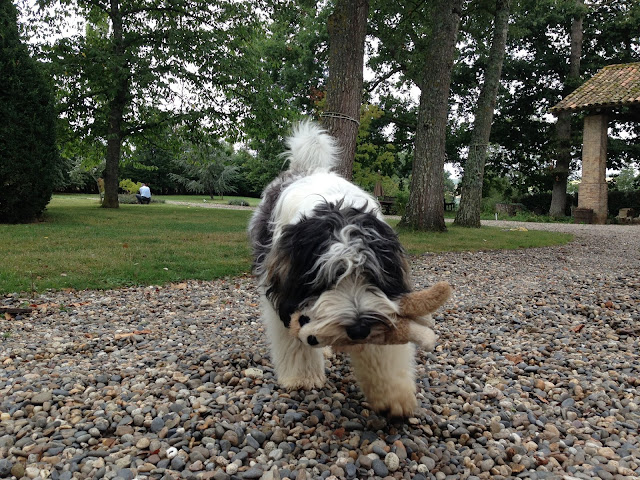 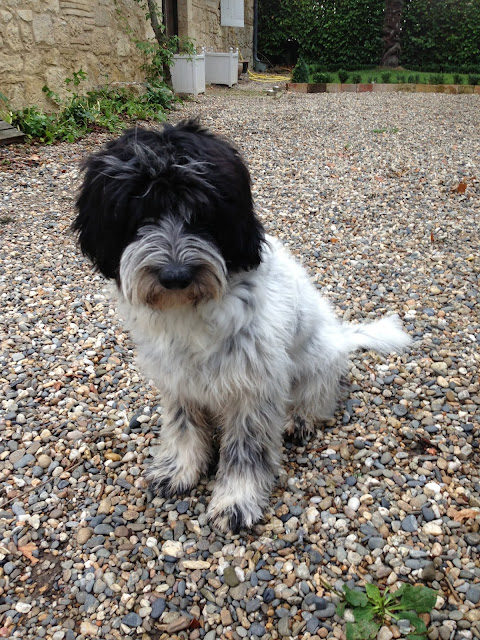 Brother and sister have different styles.

When Sophie gets too boisterous, Bob sits on her.

When Bob gets too boisterous, Sophie grabs the end of his tail and holds on tight.

It is the price Bob pays for having a PON tail. I can't recall Wilf and Digby having tails, but perhaps my memory is wrong. However it is great Sophie and Bob have both worked out who is the boss!

You're right W and D were tail less. Bob's tail is enormous. There again Bob is enormous .

I loved the first photo.....Bob "body crushing" Sophie to make her behave. They make a great tag team.
He may soon learn to keep his tail between his legs when Sophie gets mischievous.
I loved the last photo too, of Bob sitting and looking quite wise and PONdering the ways of life.

That first photo had us very confused.

my little pon zeke also had a tail. he seemed the same size as wilf. wasn't nearly the size of bob.
he wriggled in delight as wilf when happy too . . . but his tail was going in a circle at the same time!
happiness and joy personified!
love that bob sits on sophie and sophie controls by clomping down on his tail! hilarious.

Ah ha! So that's what was going on all those times Sophie was "hiding" behind or beneath Bob when she was a tiny puppy before you brought her home. Bob was just telling her to sit still and behave for goodness sake, that nice people had come to see them. If it meant sitting on her so be it!

I'm still confused by the top photo ... I can't work out what belongs to whom :0)

I think sitting on one's opponent gets the point across? Then again, as does tail biting.