The truth is rarely pure and never simple. 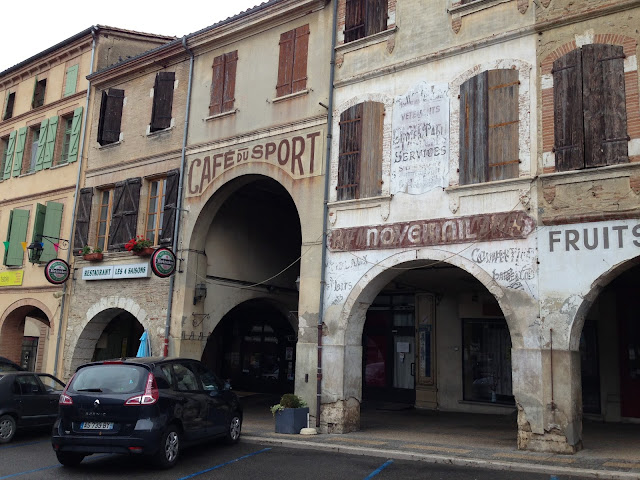 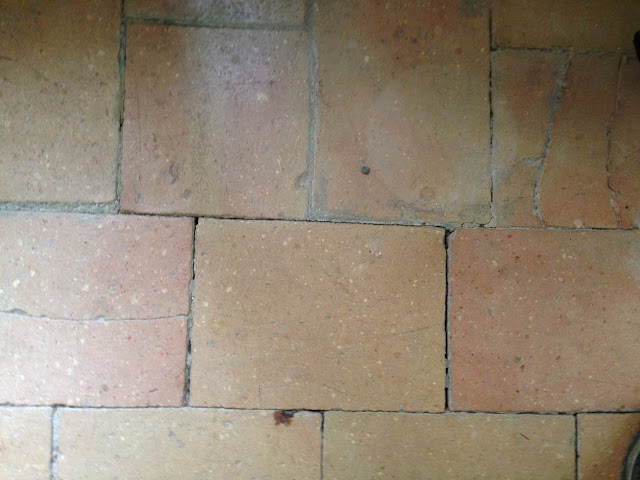 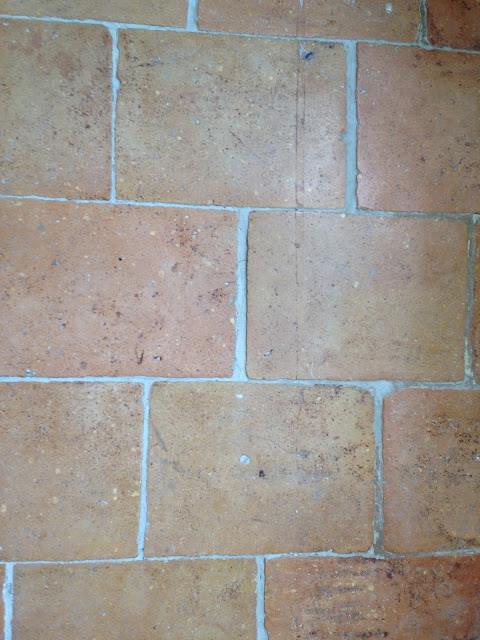 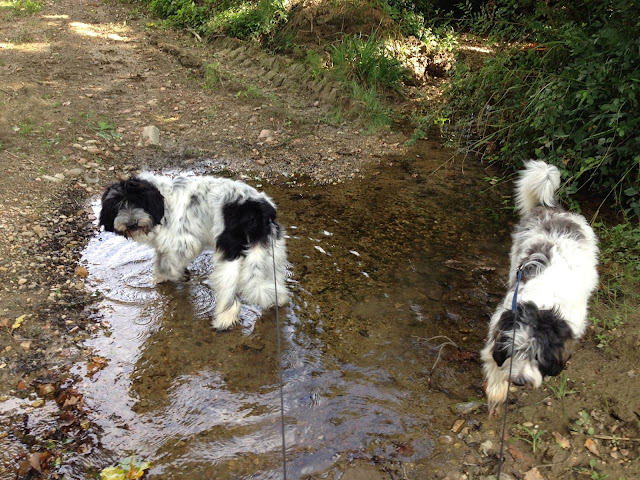 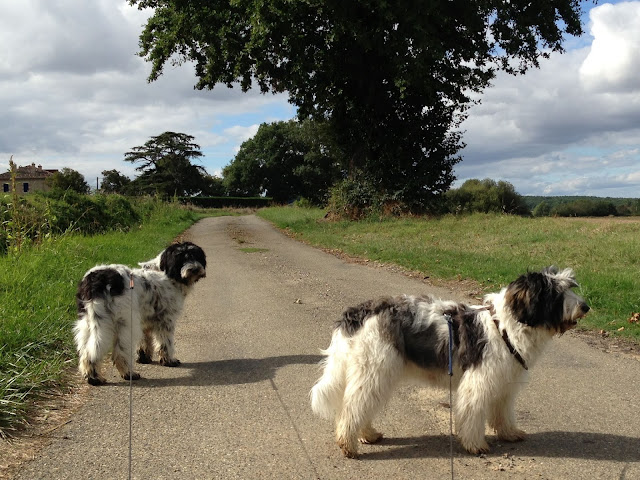 Another chilly start to the day. At the cafe under the arcades the lady with the hairnet and the pom-pom slippers is wearing a red and green ski jacket over her dressing gown. An autumnal sartorial adjustment.

Back at The Rickety Old Farmhouse the builder, and two morose lads, are grouting the tiles in the upstairs hallway. Some houses have underfloor heating. When the wind blows we have underfloor updraughts. This year  ' the font ' has decided that by the onset of winter the house will be weatherproofed . By lunchtime the builder has run out of lime and sand to fill in the gaps between the tiles. '' More work that I thought . We'll be back later in the week " he says,  adding , " Don't want to rush it. Wouldn't want to botch a job in a beautiful old house like this ". Local workmen always say ' beautiful old house like this ' before presenting you with a large bill. The power of positive psychology.

Bob and Sophie continue to enjoy life to the full. A walk through the village mid-morning and an early evening splash in the stream. The little angels are back on leads again. Bob decided to wander off to see the cows in the barn. He rapidly discovered that they're bigger , much bigger, up close than they appear to be from a distance. He returned from his visit to the barn at top speed. He is now grounded. A timely lesson in perspective.
Posted by Angus at 7:49 AM

Bad tactics Bob, bad tactics. Take a lead (groan) from me and stick to Angus like a limpet for at least a year before branching out...
Toodle pip!
Bertie.

He would probably go.. Blimey! You are hugeeeeeeeeeeeeeeee.. let me get my daddy first.

After his adventure reassuring cuddles were not so much requested as demanded.

Just a little set-back...but I think he will always remember. Has he been OK walking past them on the lead since his adventure?
Merlin can be a poor crazy mixed up doggle on occasion, but thankfully, he has never ventured far away from us off the lead, thank goodness. Then again, I wouldn't test that theory too stringently.
I can see the cave through the floorboards here....much to do and much wearing of thermal wear imminent!
Have a great day.
x

One of those completely inexplicable dog moments. He was walking calmly one minute. The next he was off lie a rocket with Angus in pursuit. The days when I could have caught a charging PON have long gone.

Do you think his adventure is a bit of Bob on the job? His herding instincts might have kicked in and off he went to do some investigating and possibly some herding. You had told us that Bob's father was actually working on a farm so Bob's instincts are probably quite strong. Like father, like son?

That's hilarious, Bob's out of the gentle giant mode, still got a bit of growing to do before he's up to herding cattle

I had to laugh about the lesson on perspective! We had a Border Collie growing up who got a similar lesson about horses.

So, who wants to lay odds on when "later this week" turns out to be?

Awwww, poor boy! Next time he will remember perhaps?

Here's hoping your updraughts get fixed before spring.

HAHA Bob! I learned that same lesson about horses yesterday! AND their hind legs go backward really fast! I was instantly at mom's side!

It sounds like Bob is learning about the world. I hope that he hasn't become acquainted with cow patties yet.