The opposite of courage in our society is not cowardice , it is conformity. 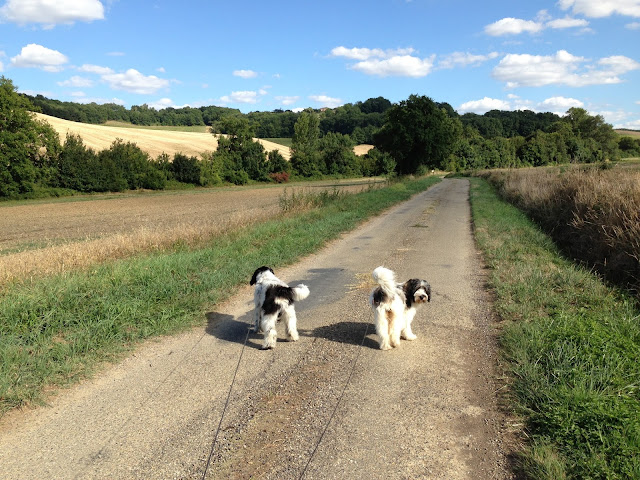 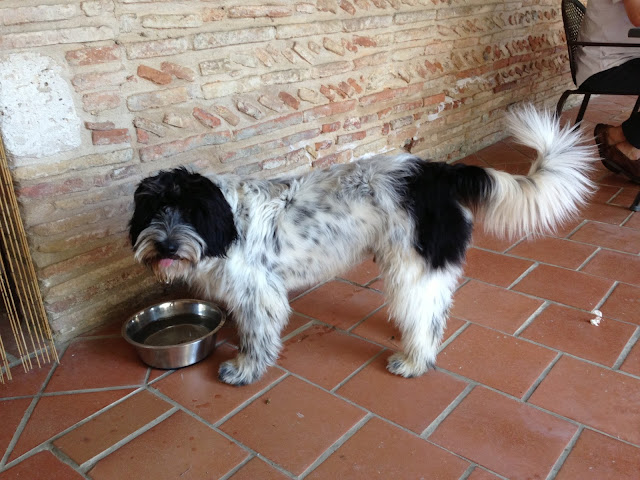 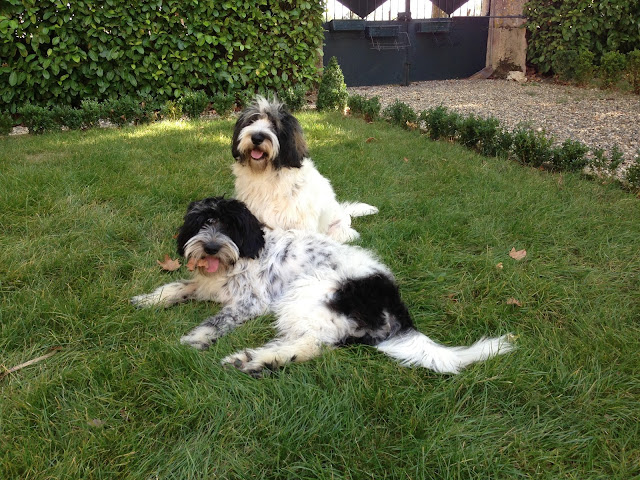 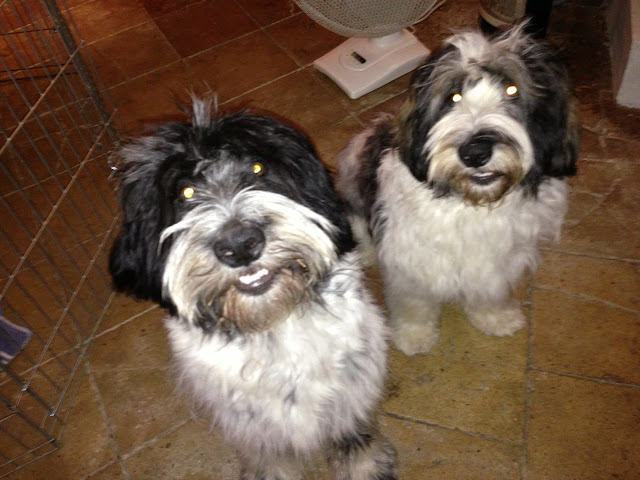 Our morning routine set in stone. Up at first light, bark at the cows in the barn, off in the car to the little market town, stop at the bakers, share a half croissant with the friendly waitress, walk to the stream, return home. Then there's time to greet ' the font ', play touch rugby and show any workmen how things should be done.  At ten stop whatever you're doing and sleep until lunch. Woe betide us if anything should  alter the natural rhythm of a PON pups day.

A flashlight photo shows that Bob :
a) has eyes
b) has a slight overbite that makes him look as though he's constantly surprised.
Posted by Angus at 7:49 AM

That sounds a great routine Angus. Do you bark at the cows too?

Some might say that after four years here I'm quite barking.

We think the pups look slightly crazed in the last photo!

Merlin has an overbite too. Makes for a lovely smile!
x

Both of them are getting bigger and cuter every day.....right before our eyes.
Who would dare to disrupt the well-oiled machine of a PON's perfect day? Maybe except for Caroline of course, but I believe that she too will soon be marching to the beat of Bob and Sophie's drum....wanna bet?
I so love the stonework at the ROF.

C) The flash-photography makes Bob look a bit (more) mischievous. And Sophie too.

Funny how quickly they become creatures of habit, isn't it? I think his overbite is adorable!

Our darling's morning routine altered slightly today. Apple's head, and shoulders, had to be forcibly removed from a chipmunk hole and she is now in the bath.
Funny how these two can alter one's plans for the day in an instant. Edward, naturally, came in the second he was called. For a carrot, of course.

or like he's constantly smiling!
how gosh awful adorable can they be? OH MY! xoxo and nose kisses. yes. even those nasty little vole eaters.
i would kiss their noses! the puppies. not the voles.

Those darling faces! Love the overbite, adds a certain "character" don't you think? It looks like Bob is sticking out his tongue in the 3rd photo!

Oh, they look so wonderful in that last photo, it is their expressions, just full of joy and love.

My dog could probably do with braces (or something) as he has some teeth that certainly go off in funny directions but since we have already spent $17,00000 or there about providing his human sister with a movie star smile I'm afraid Kioko is out of luck.

Hope this comment posts once. Don't know what has been goind on. Sorry.

About Seamus Heaney, I have been thinking and thinking about his last comment. At first it disturbed me a litte, I mean a text?? But now I think he might have been genius until the end. He chose to write in an ancient language but embraced modern technology to deliver it . . .and a text can be saved.