Take away your opinion and your complaint is taken away. 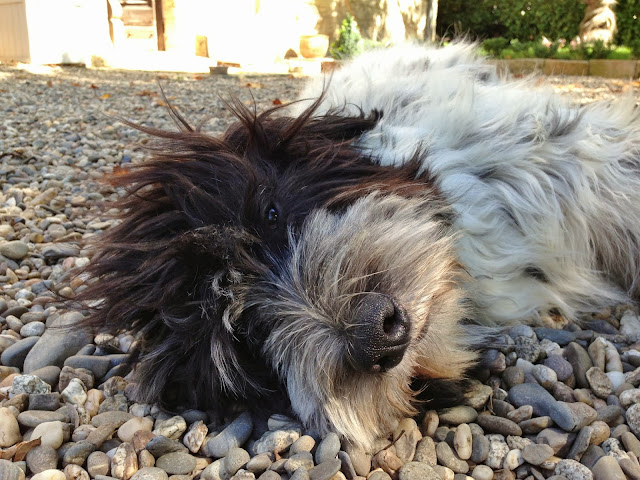 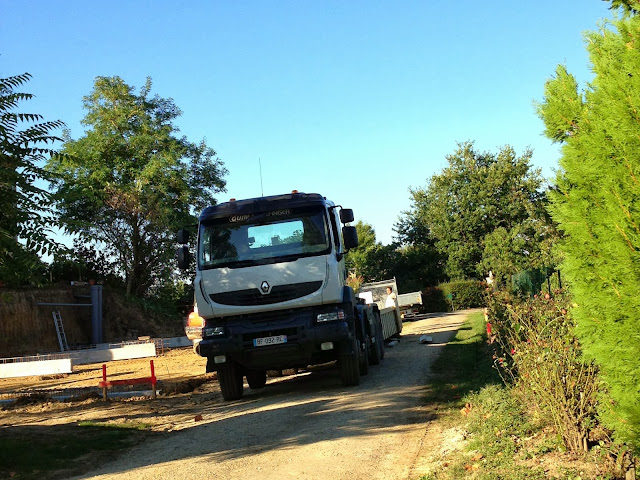 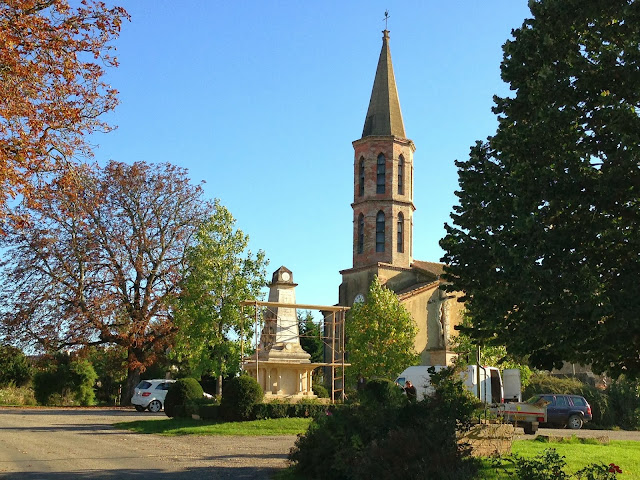 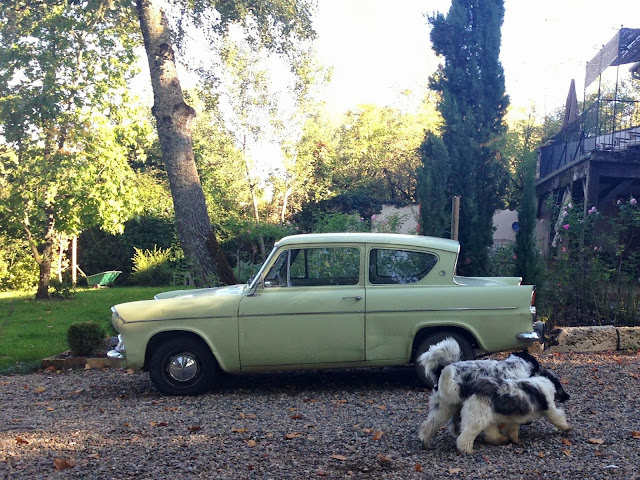 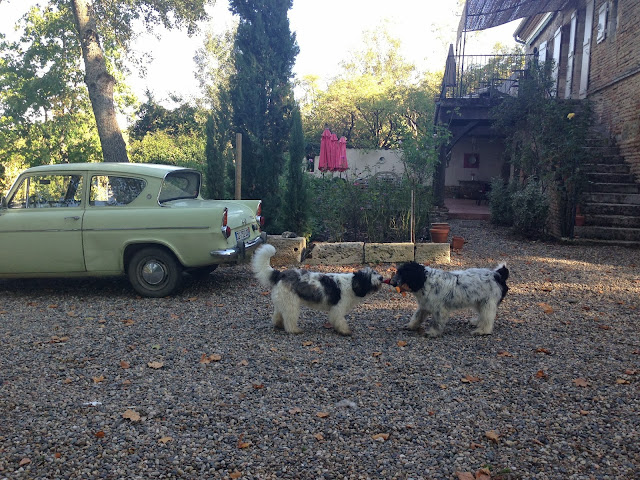 Another hot day. Temperatures well into the nineties. Bob dozes in the courtyard while Sophie comes with me to look at the work on the German billionaires garage. Today the workmen are installing huge water pipes . They're bigger and sturdier than anything that grace The Rickety Old Farmhouse.

Late in the morning the white van belonging to the over enthusiastic power washer arrives. He and a colleague in a green corduroy cap get out. The two of them spend the rest of the day erecting some rather wobbly scaffolding around the half cleaned war memorial. On the stroke of four they leave. What , or who, induced them to return so quickly ? How will they repair the names that have been washed off ? French village life is a gift that keeps on giving.

Caroline, the new cleaner,  arrives in the afternoon. Bob and Sophie try to terrorize her out of the kitchen but fail. They are sent packing into the garden. The little angels play tug of war until  they fall asleep. Thus far we have managed to keep the diligent Caroline and the hyper-critical Madame Bay apart.

Sounds like, in Caroline, Bob and Sophie have met their match...

Wow, you can clearly see the difference in size between the two puppies in those pictures. I think young Bob is now bigger than Merlin.
It is good to see that the chap has returned to the memorial to try to put things right.
x

Hi Angus and "the font"! I have been missing from the blogosphere for about 5 weeks, and have just spent some time catching up with the events at the Rickety Old Farmhouse. I cannot believe how much Bob has grown! And Sophie has such a terrific personality; I loved the post about her talking to herself in the mirror. I hope she is feeling better now from her infection. The hedgehog stories were hilarious. Have missed your blog and the PONs very much!! Hugs from Robin!

The one photo really shows how huge Bob is when standing next to Sophie. Always something going on in your village!

He's crashed out but his eye's open.

He wants to make sure his sister doesn't pounce on him unawares.

Do I detect a little water pipe envy?

But my complaint is that everyone has an opinion.

Bob and Sophie resemble my 6'4" son and my more petite daughter when standing side by side . . , or my son and myself! Amazing the difference in size and you wonder how on earth it happened..

I have a feeling that when/if Madame Bay and Caroline ever meet it'll be just like that tug-of-war that Bob and Sophie were having, or the Bermuda Triangle, I'm not sure which one.

How about blood on the carpet ?

Love that little car! Is it a Lark?

My brother and I used to play tug'o'war too!