The wages of sin are unreported. 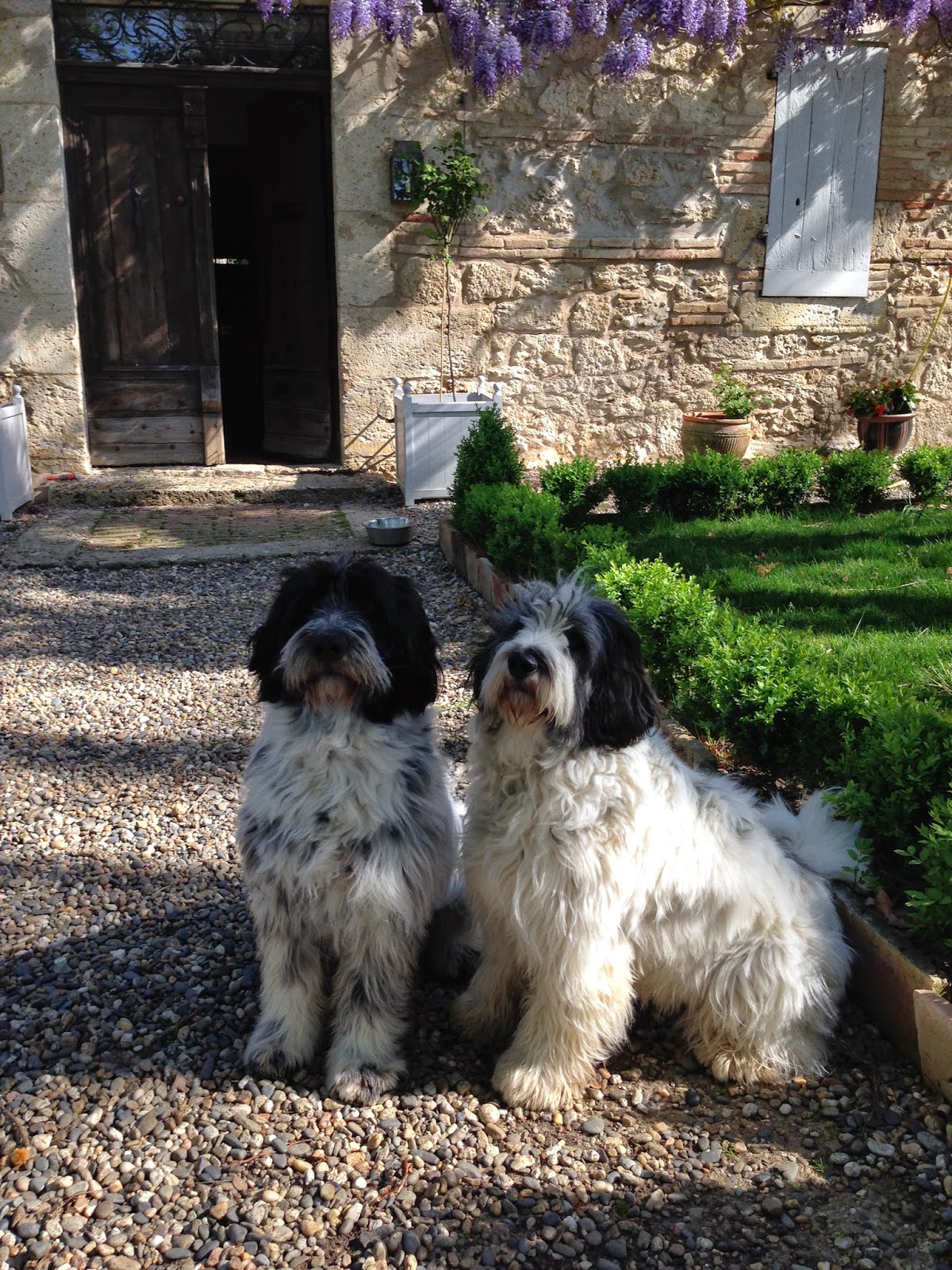 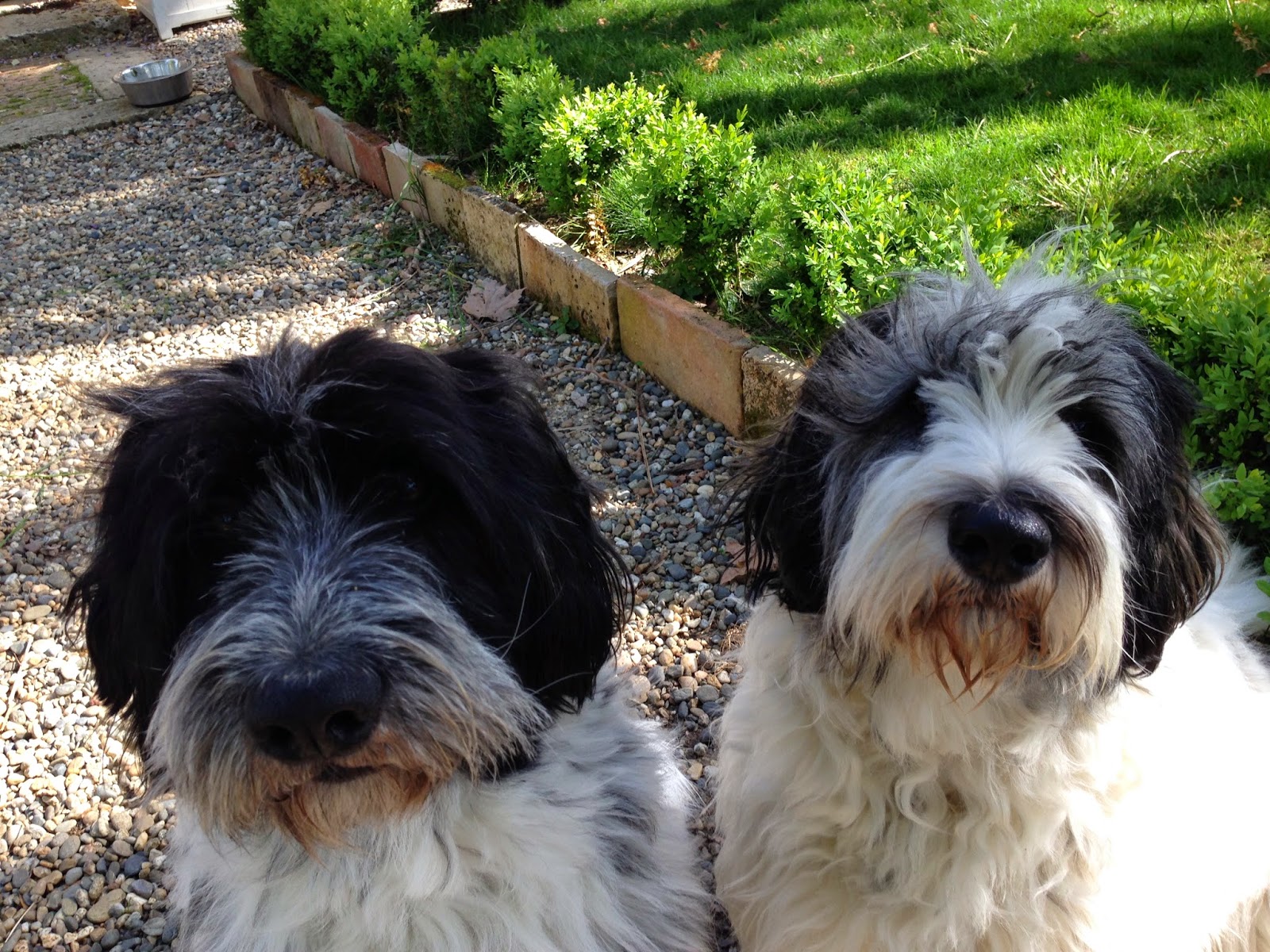 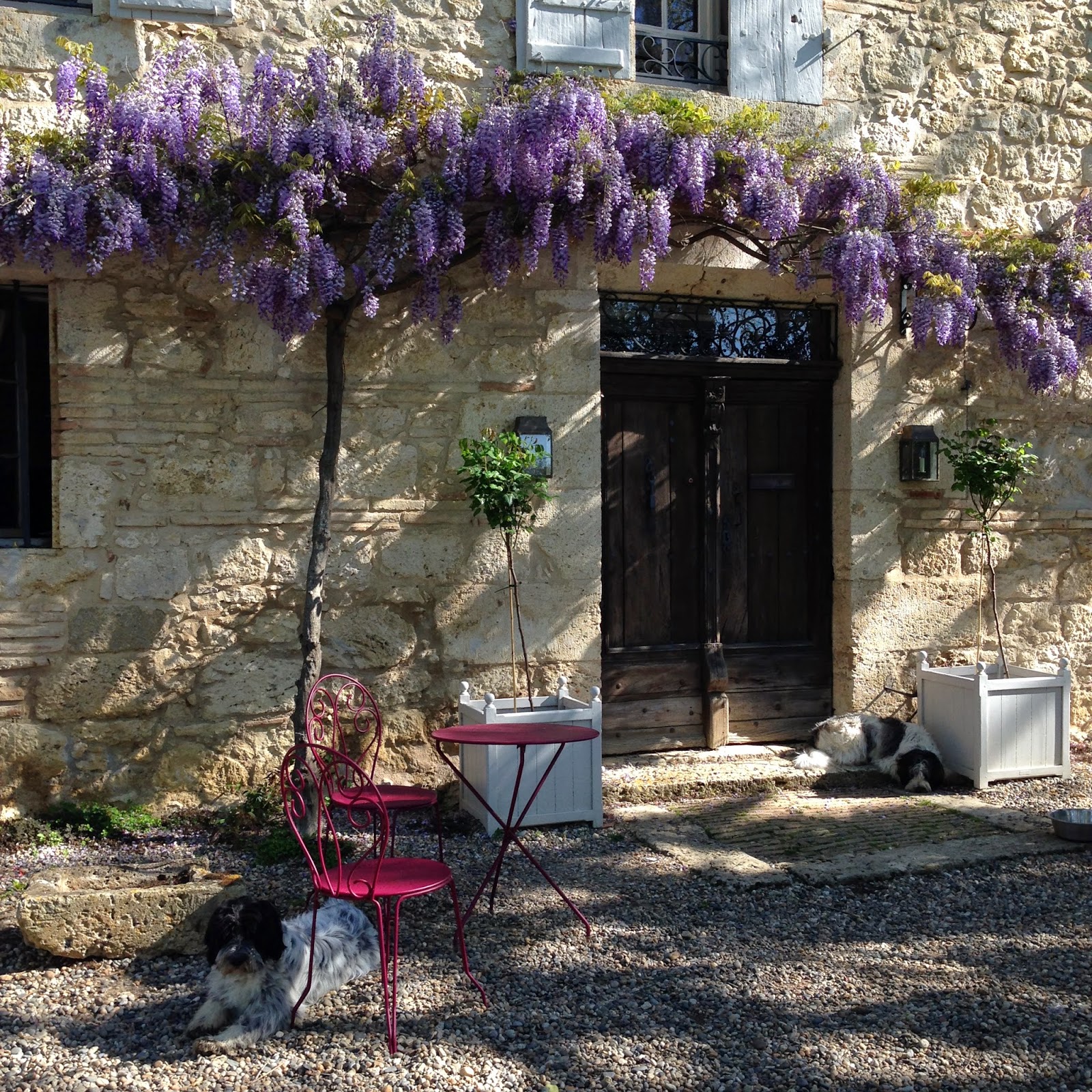 For some reason I've agreed to talk at a debate in Edinburgh on Scottish Independence. Time to write something down and send it off to the organizers. Bob saunters into the office and props his chin on my knee. The unmistakable 'can we play ?' look. '' I'll be out soon I've got work to do "I hear myself say.  No sooner have the words left my lips than the idiocy of the statement sinks in.Is there anything more important than a game of catch on a sunny day ?

In the afternoon 'the font' bakes a Simnel cake. Sophie stays in the kitchen to provide support. Bob and Angus go across to the Salle des Fetes for the Cherry Cooperatives annual lecture. The guest speaker is a man in a bright red shirt and black flared trousers. He settles himself at the tressle table on the stage, opens a ring file and starts reading. '' My talk today is about the danger of fruit flies ". Bob falls asleep. Dogs have all the luck. Slides or some form of visual aids might have added some zest to the speech.

The Chairman of the Cherry growers Cooperative is hopeful that there will be a bumper crop this year. 'We produced 1300 tonnes of cherries in 2011, 420 in 2012 and 681 in 2013. Let's hope for another 2011 ! ". With that rhetorical flourish the meeting comes to an end. The Old Farmer serves his home made wine from the stainless steel tea urn.

Bob and Sophie doze in the courtyard until bedtime.

Will you have visual aids for the debate in Scottland?

No, but I shall try to modulate my voice and look interested .

Perhaps the wine should have been served BEFORE the speech.

There's nothing more important than playing with the puppy, doesn't even have to be sunny for it to be fun !

Perhaps Gail's Bertie should have a front row seat, at the debate in Edinburgh, to give you some indication (as you are talking) on how well your speech is going!.

For some reason I predict that your talk at the debate in Edinburgh on Scottish Independence will go well....minus power point slide shows and handouts....
For some reason I always adore the photos of Bob and Sophie when they line up exactly with their names....photos two and three are to die for.....give them both a ear nuzzle from me and Brownie.
Thank goodness that you know the true values in life...playing with the angels on a sunny day = priceless....treasured moments like those can't be recaptured....enjoy life.

That wisteria is gorgeous!

Something tells me your speech won't be read from a three ring file with no visual aids! lol

When we attended the Scottish games in Fort Lauderdale last month, Jack and I "interviewed" half a dozen of the different clansmen on the topic of Scottish independence. From the safety of our shores, most were for it. Most had also been sharing a wee bit of single malt with their visitors! I'd love to read what you write. jdeesez@aol.com

A glass of Gods amber nectar sharpens the mind. The reverse happen the further down the bottle you go !

Perhaps I should go for the red silk shirt and black flared trouser look ?

Ear nuzzles there shall be .

Only if he wears his cardigan.

We are due to fly to Scotland the day after the independence vote.
Should have some interesting conversations this trip.

Which side are you on?

Reminds me of the last meeting I attended that my county held on the brown-marmorated-stink-bug. I think everyone in the auditorium would have welcomed anything from a stainless steel tea urn, or the antics of two PONS!

And the wisteria gets better by the day.

Yes, if I am invited I shall most certainly wear my cardigan (actually it has no buttons so is a jumper but I'll let that one go). Tell me, which neckerchief would be appropriate?
Perhaps I could bring my friend Horatio too, as he lives in Edinburgh.
Toodle pip!
Bertie (just catching up on his blog reading).