Is there anywhere as quiet as a French village in mid November ? 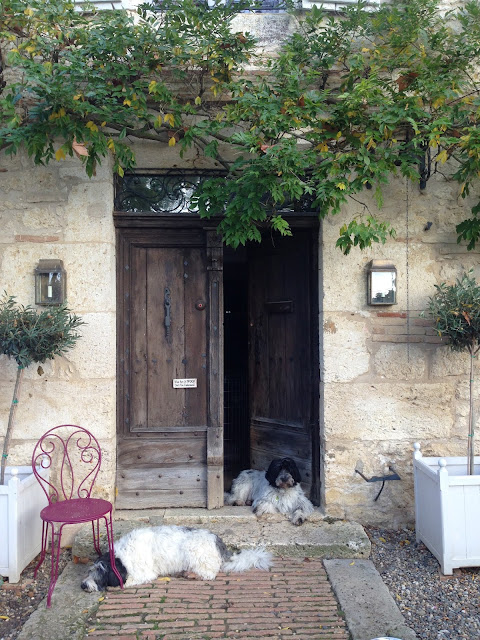 A morning sitting in the sunshine reading a book on Belgian foreign policy. One of those I've started it so I'm going to finish it type books. Ever serious Bob guards the front door. Sophie snores under my chair. 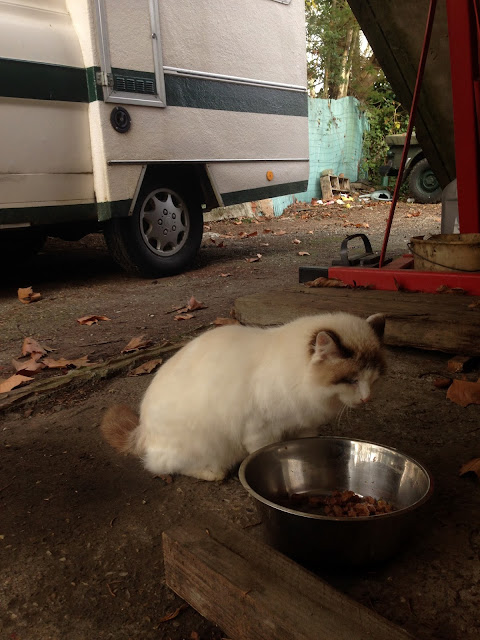 Day 3 of the cat saga. Cat now recognizes me and wraps itself round my ankles. We're down to one tin of cat food and one bottle of UHT milk. Let's hope The Old Farmer returns from his court case in Strasbourg tomorrow. 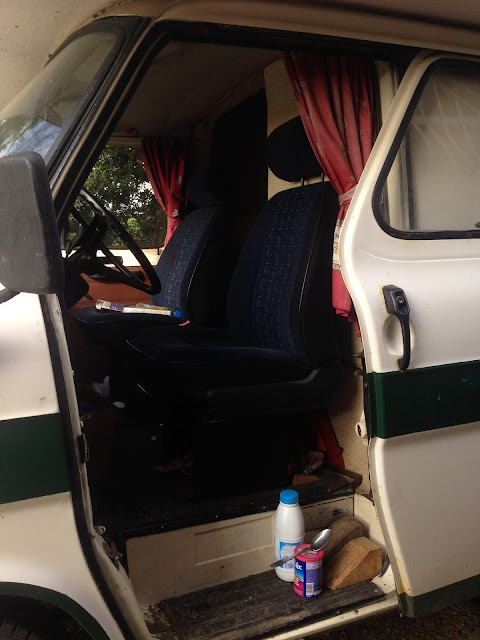 It clouds over. The first of the cold weather said to be on its way. I bring up some logs in case they're needed for a fire. A group of bereted pilgrims wander through the village in the late afternoon. The PONs bark. Bob seems satisfied that he's terrorised them. I don't like to dishearten him. 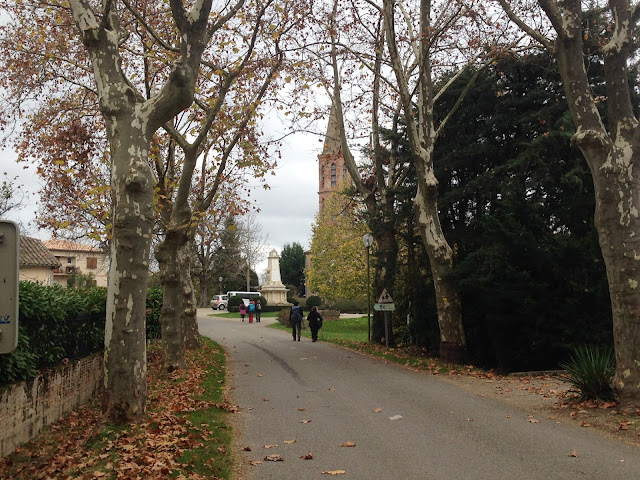 The PONs also bark when a tractor goes over the speed bump outside the front gate. 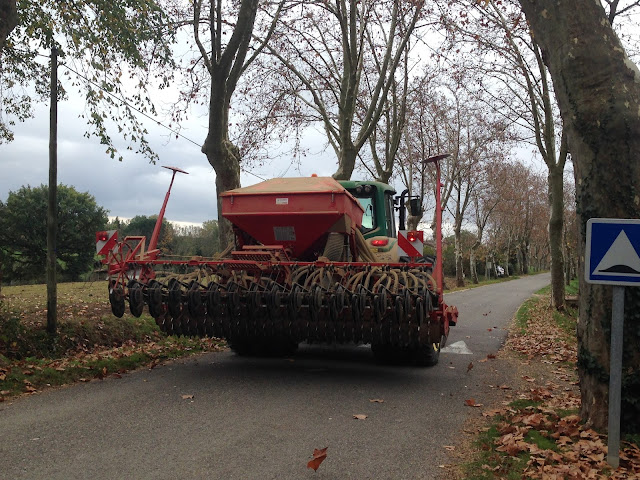 Is there anywhere as quiet as a French village in late autumn ?

It does look like a beautiful November day! When Whiskas cat food appeared in the US the company mailed small boxes of dry food as a promotation. I found a card in my mail box saying a free sample had been left. However I did not find the box in the mail. Months later, when I was clearing out under Nandina in the back yard, I uncovered the small Whiskas box. It had tiny teeth marks on one corner, and the box was empty. My cat had gotten it out of the mail box, carried it to the back yard, and had a picnic. I fed her Whiskas for the rest of her life!

Oh dear, supposing the Old Farmer loses his court case and they throw him in jail !! If you have gained a cat, Bob and Sophie would certainly have something to say about that ! However the cat looks very sleek and contented, so you're doing a good job.

An equivalent village without a Bob and Sophie would be quieter, but so much less attractive.

Looks lovely and peaceful. You must all be ready for cosy nights tucked up inside.

The villagers would agree on the first part of your sentence .

We're praying for his speedy return !

We haven't had a fire going yet but there's something in the wind that says frigid air is on the way.

I think that I'd bark at that monster disky thingy if it came near my gate. Lesley

Just as long as school is still in.

The cat is beautiful and appears to be enjoying your care. If you run out of food, I'm sure the cat would love some of your leftovers or there's always the grocery.

I don't want to rain on your parade, but most adult cats are lactose intolerant. Adult cats should not be fed milk unless it is lactose free. The cat will be fine with the canned food and good clean water.