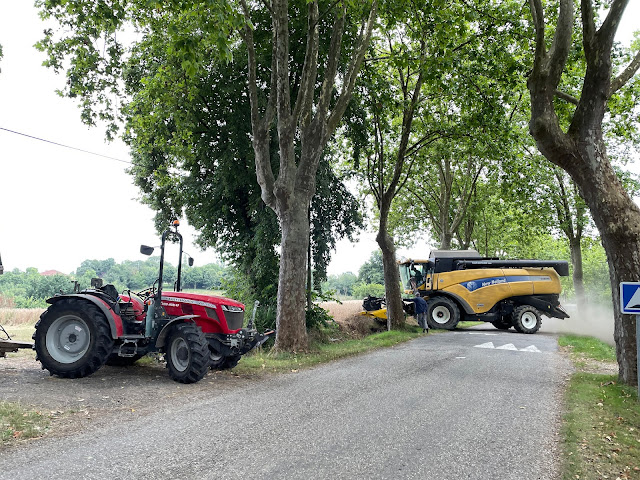 Most mornings we turn right out of the gate on our first walk of the day. This morning we are forced into going in the other direction by a large combine harvester that is blocking the lane and spewing out chaff. The wheat field on the other side of the lane is about to be harvested. A number of farmers stand around watching. They are too engrossed in what's going on  to notice us. 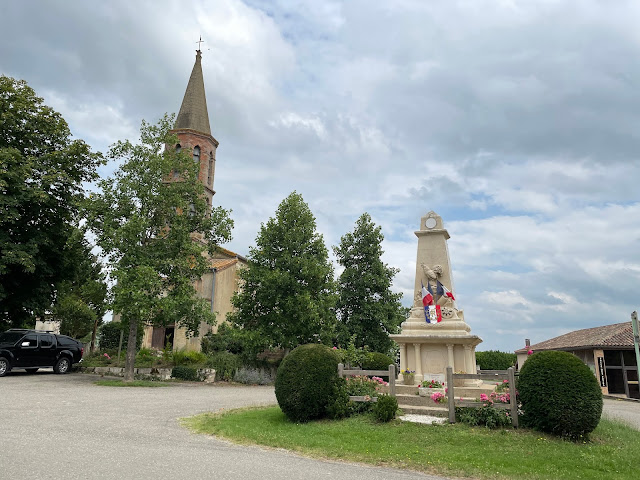 Dog and master do a full circuit of the village walls. The moorhens are all well as are the goats, geese, cows, horses and donkeys. Today,  the Anger Management Mans chickens  have escaped from his garden and have to be shooed back in. Sophie treats her duties as village guardian with studied seriousness. 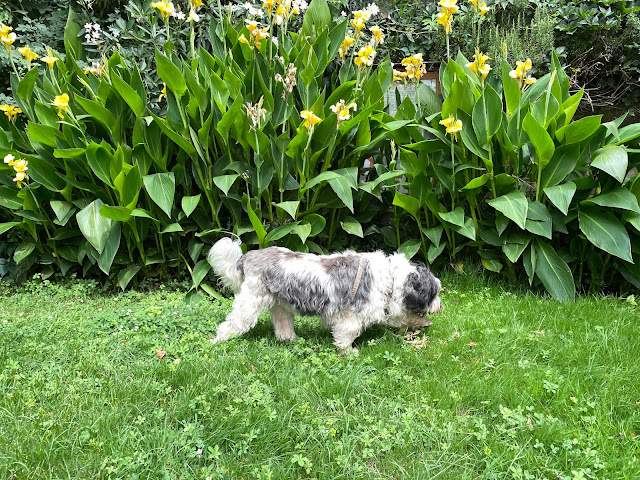 The Manhattanites manage to reach me as I'm sitting with Sophie on the storm drain. We talk about masks, the new Chinese ambassador in Washington and the never ending saga of the infrastructure bill. While I talk Sophie maintains a watchful eye out for dragonflies. 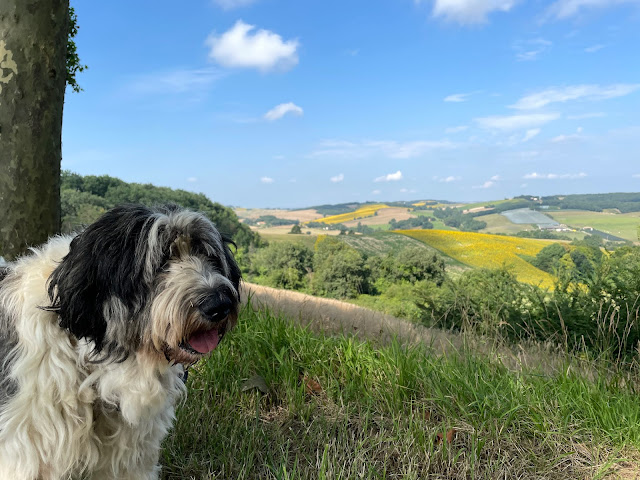 Soon it's time for us to head home. Outside The Old Farmers house a white van. It seems our  neighbour has invested in a new television. The electrical store in the small market town has shown up at seven thirty to install it. ' I thought we'd come while it was still cool' says the driver who has been ringing the door bell to no avail. Our old neighbour has segued into 'unusual' sleeping patterns. He has dinner, then dozes until the small hours , then falls into a deep sleep. This morning I bang on his shutters to wake him. He finally emerges onto his balcony in a thick red plush dressing gown. A little later I see the old television being carried out. It is a venerable thing in a faux wood Formica case.  The replacement is a thin widescreen. I quietly wish the installers the best of luck with teaching him how to use the controls. I shall expect a call later in the day asking how to turn it on so he can watch the Olympics. 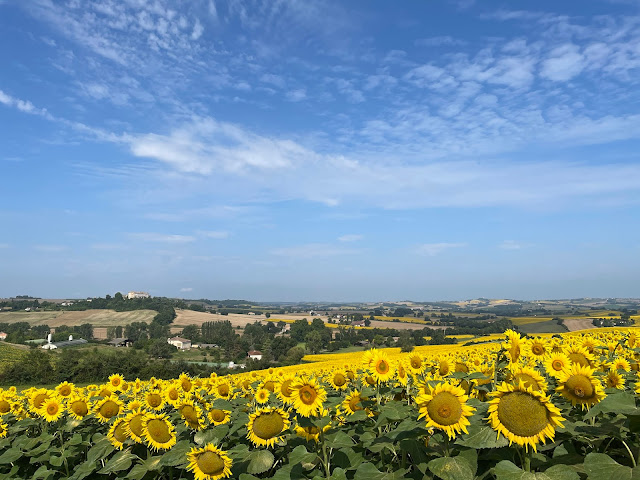 Morning routines in a quiet village made all the more quiet by a pandemic and the onset of the holiday season.
Giant hamsters:https://www.boredpanda.com/digital-art-animals-prehistoric-fauna-ancestors-past-present-roman-uchytel/
Posted by Angus at 6:43 AM