It is better to be praised by another than by yourself. 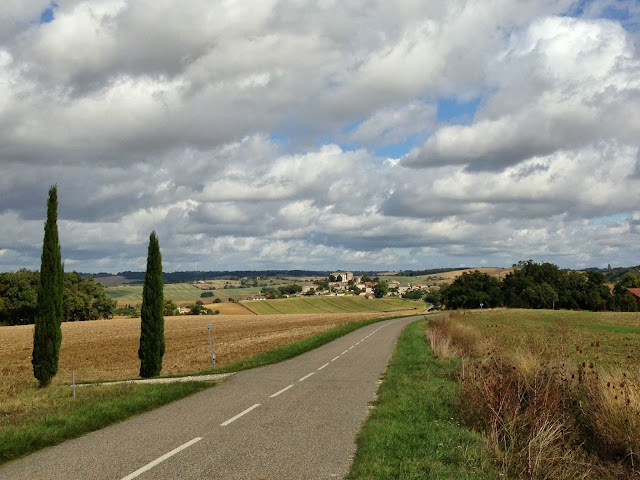 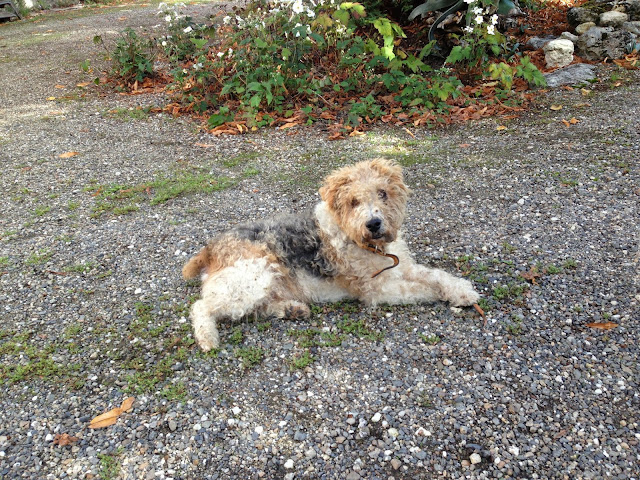 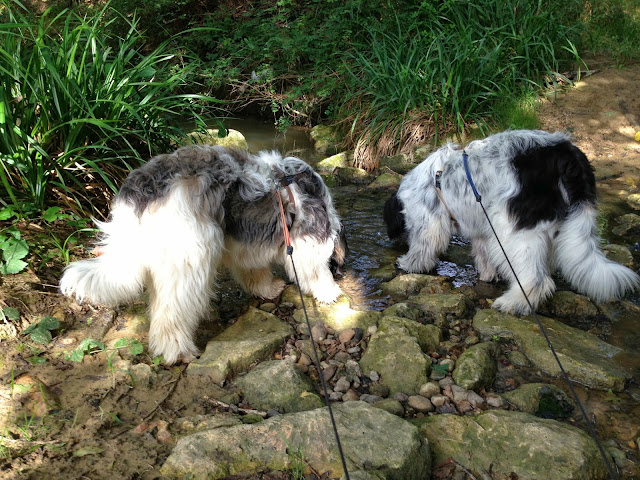 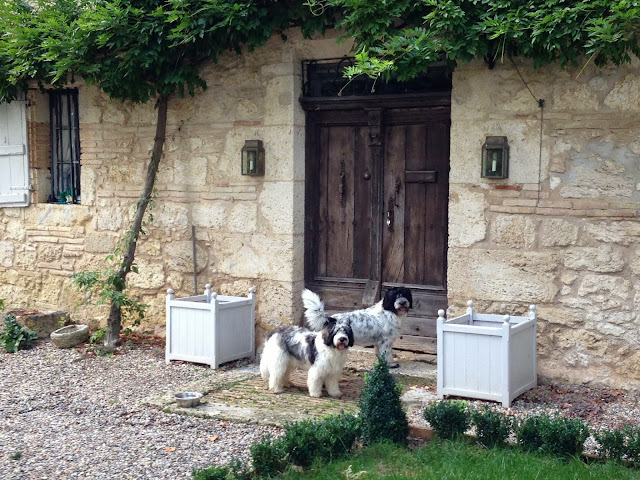 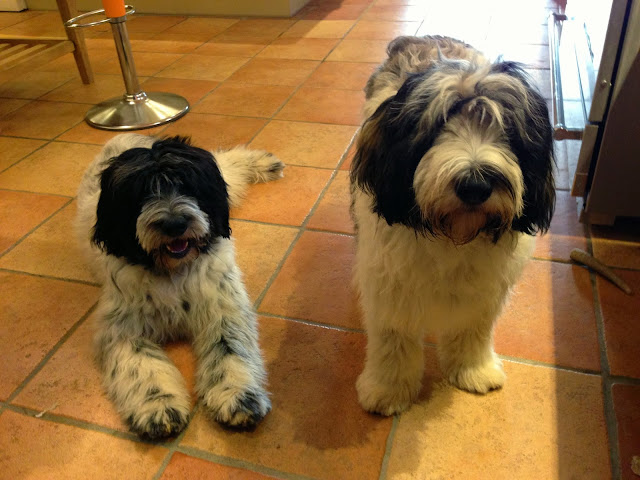 Sunday morning. Off to the rugby ground to watch the local farmers amble up one side of the pitch and the visiting farmers saunter down the other. At half time the young fireman tickles Sophie's head. The new gendarme, with a neck thicker than his head, tries to do the same but she gives him a ' don't even think of trying that ! ' look. On our way home we stop to say hello to the old dog at the farmhouse where the chickens and turkeys are forever running out onto the road. Then down through the sunflower fields for a paddle in the little stream.

We're just sitting down to lunch when the bell rings. Two gentlemen in black leather jackets standing at the gate looking rather like ageing nightclub bouncers. '' We'd like to talk to you about God, the devil and online pornography ". As a conversation opener this surely takes the biscuit.Time for the ' I only speak Swedish ' routine. One of the gentleman quickly says to the other " we're wasting our time with this plonker ". Bob and Sophie look on in uncharacteristic silence.

'' Who was that ? " asks ' the font ' when I make it back to the terrace. ' Just two men wanting to talk to me about God, the devil and online pornography ' I reply.

Is that the old dog in the second photo? A touch of the wire-haired fox terrier about him I think?
Bertie approves.
Gail wonders what is the Swedish for 'plonker'. Surely an untranslatable word.

We thought that old dog looked like a woolly Bertie!

We keep everyone away from our door....

Bob and Sophie are going to have to be better trained at gatekeeping !

Thanks for the grin at the start of my day! I wish I knew Swedish so I'd know what to say when this happens to me!

Jehovahs Witnesses. They always seem to travel in pairs.

In French it's ane - can also mean twit. Don't know which is worse.

Us too, we think the old dog is one of us!!!! Or me, now that my brother is across the Bridge.

Handsome fellow, although I think a nice bath might be a thought. I do hope those Jehovahs Witnesses aren't heading this way, especially while Stuart is travelling. He has a knack of being much firmer with them than me!

This is the second time they've been. Quite something in a village of 67 inhabitants !

Such a sweet face on the old dog, but yes he could do with some bubbles and warm water. Wonder if he some poodle along with terrier in him. If he were white he would resemble Kioko.

So I am guessing the two gentlemen would be much more likely to understand English than Swedish, so Swedish is the safer bet? I just can't imagine Swedish being spoken with a Scottish accent . . .but then I am sure you are very accomplished and have no Scottish accent when speaking Swedish.

Much more handy to speak another language than going to the door naked. I have a friend who swears he did that. I'm not sure I believe him though. I once allowed two Mormons to come in and speak to me, they seemed like nice young women (rare to see women, and not the safest idea even if there are two of them) and I thought they had a difficult task that lot of doors get shut on them, and I thought I would give them an opportunity to say what they wanted to say and then I would briefly and respectfully thank them for their time and explain why I, personally, feel differently, wish them a good evening and send them on their way. It didn't work like that. I shall never be "polite" again. I shall suddenly learn to speak Swedish.

Thanks for starting my week with a good laugh. I don't speak Swedish, but when those people came to my door one evening I said, "This is a Buddhist household." They looked at each other, and went away, never to return.

We have a very sophisticated Chinese friend who is chief of Oncology at a large NY teaching hospital. He deals with zealous and unwanted visitors by leaning out of the window of their brownstone and shouting out in heavily Beijing accented English " Me do cleany cleany. No one at home. Chop chop ". This always works. The power of stereotypes working to his advantage.

It's a pretty safe bet ( unless you live in Minnesota ) that no one will understand Swedish. Particulalry if you mimic the accent of the Swedish Chef from the Muppet Show.

Please, please teach me how to speak Swedish! This will come in very handy next time the bell rings....

Plonker!!!! Somehow I just don't think they've got their heart in their work. Perhaps performing some sort of court mandated service for a charitable organisation after being taken in by the gendarmes for drunk
and disorderly conduct and nicking a
few billfolds.
Do you think Bob and Sophie can be
taught to show teeth on command?

You are right about Minnesota, Norwegians and Swedes all over the place. But I have understood many of these pairs of evangelists are from other parts of the USA, so whose to say what they might understand, I rely on " Sorry I am deaf, unable to talk with you." and gently close the door.