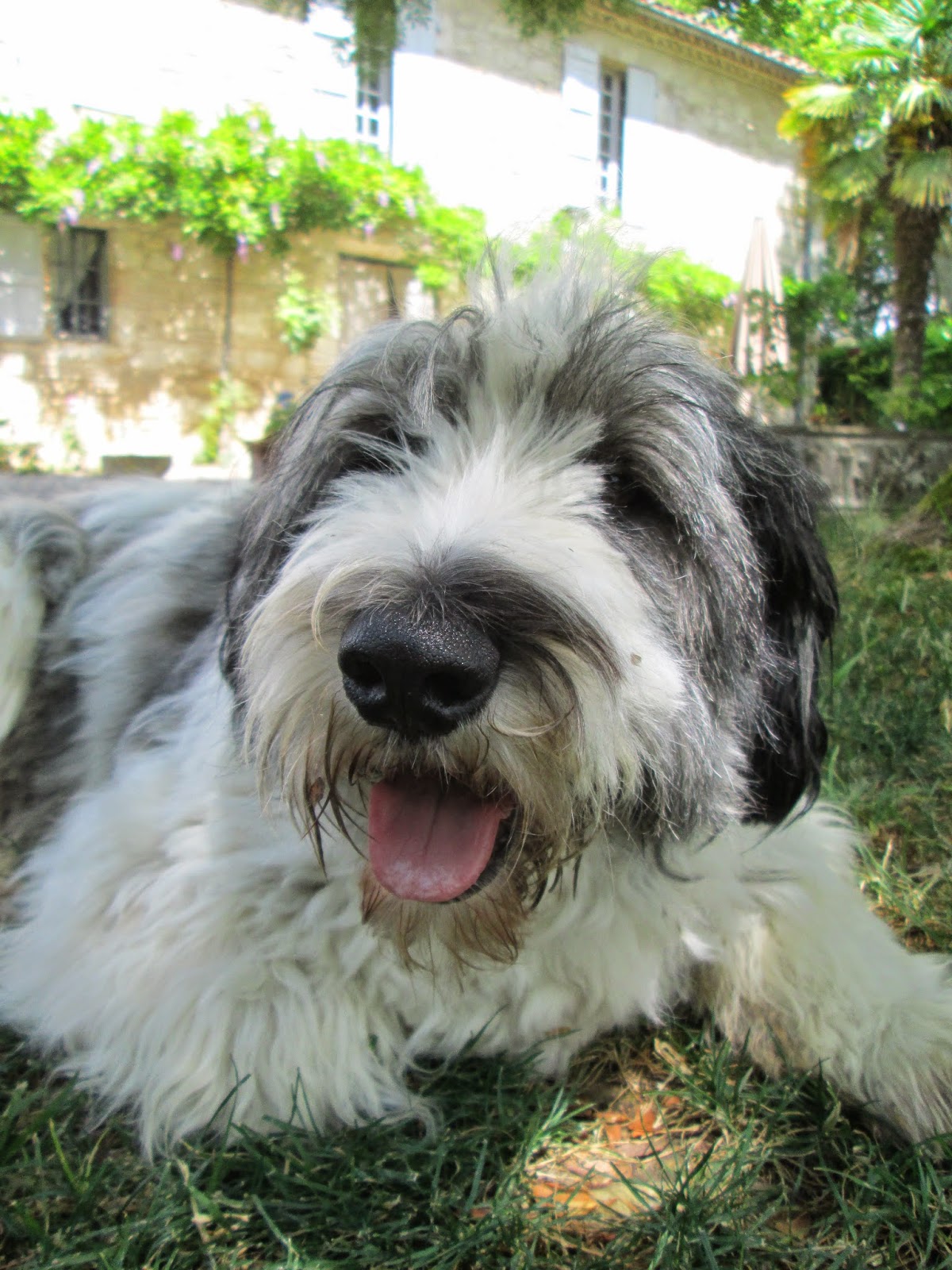 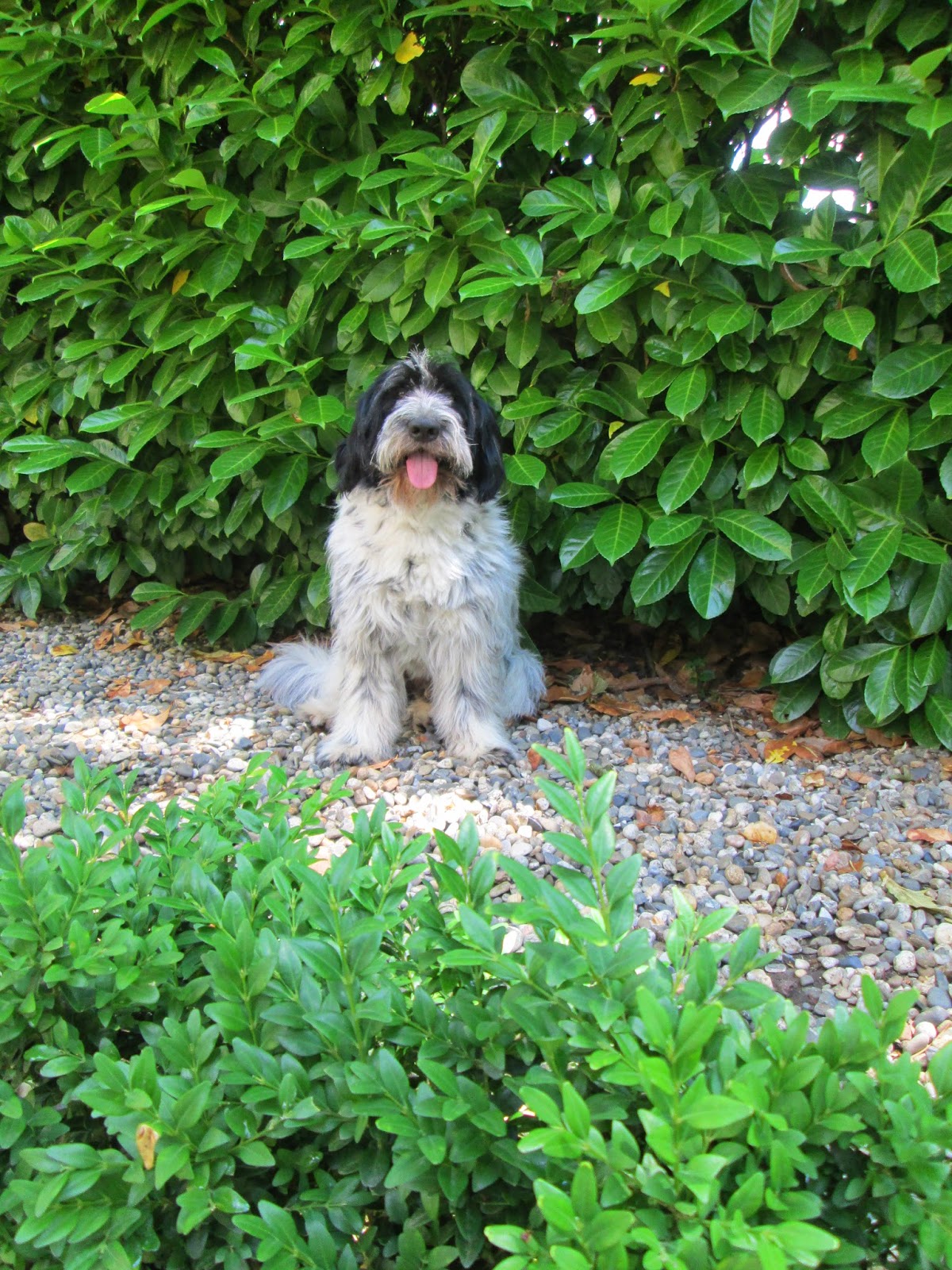 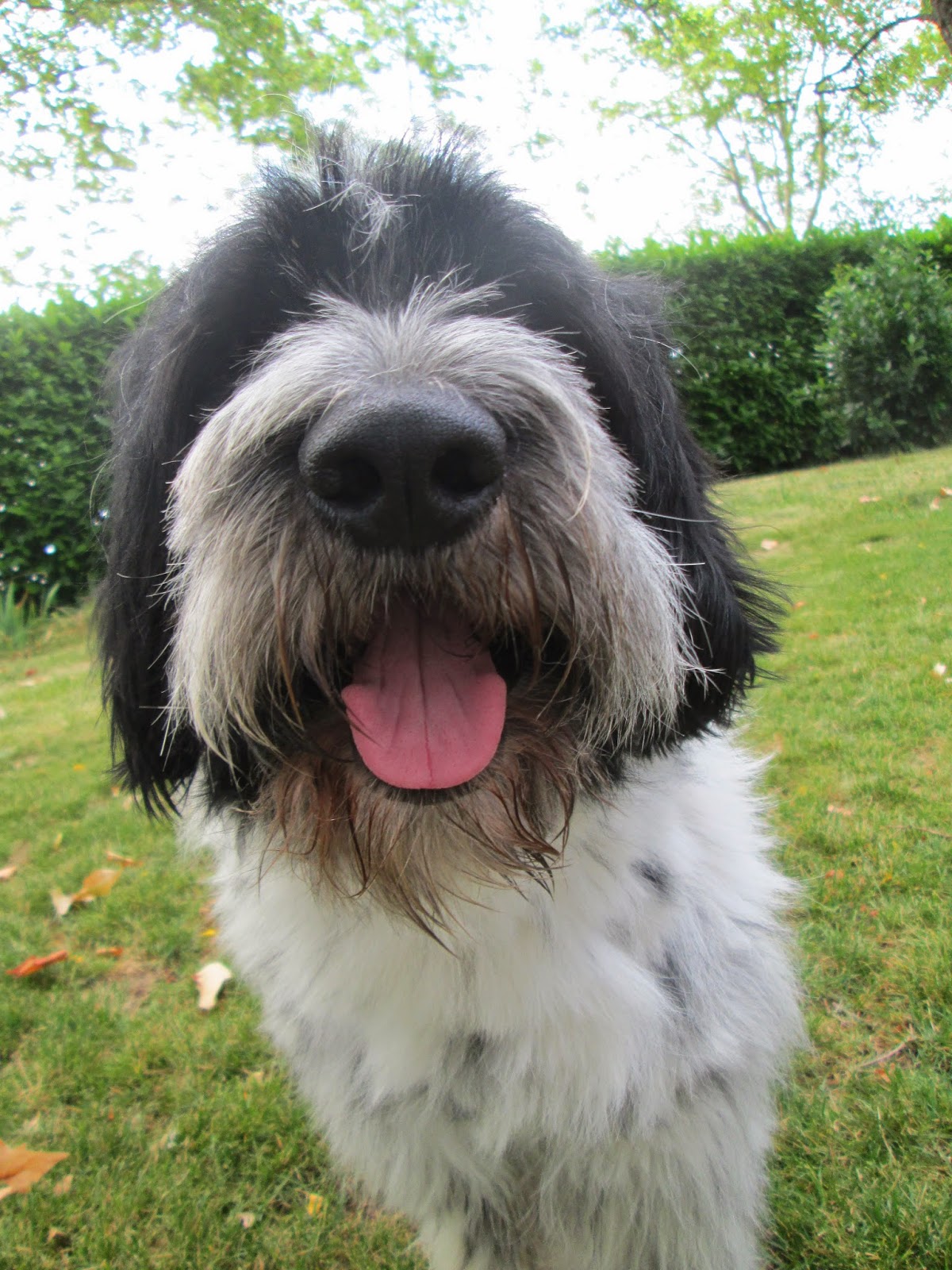 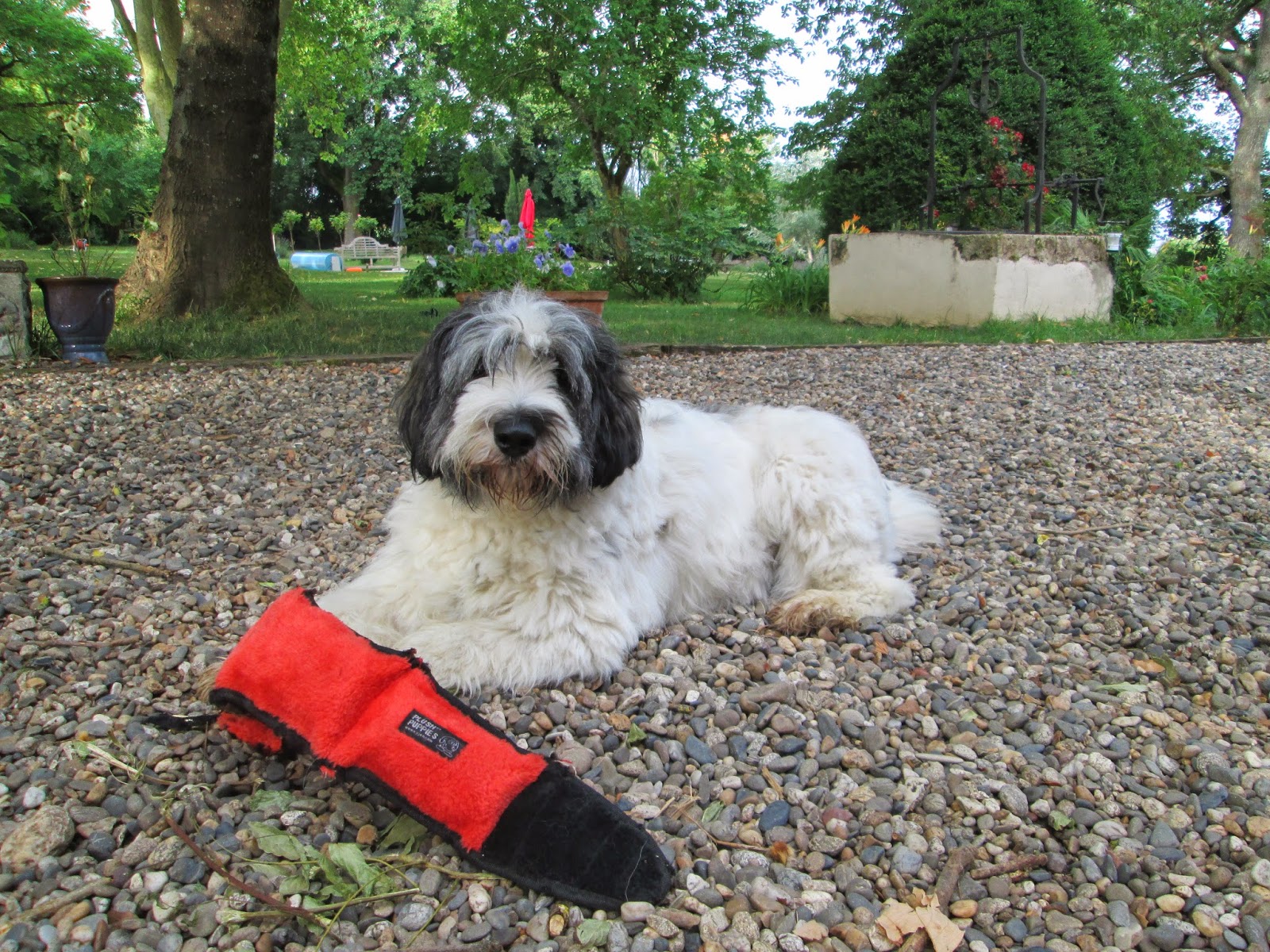 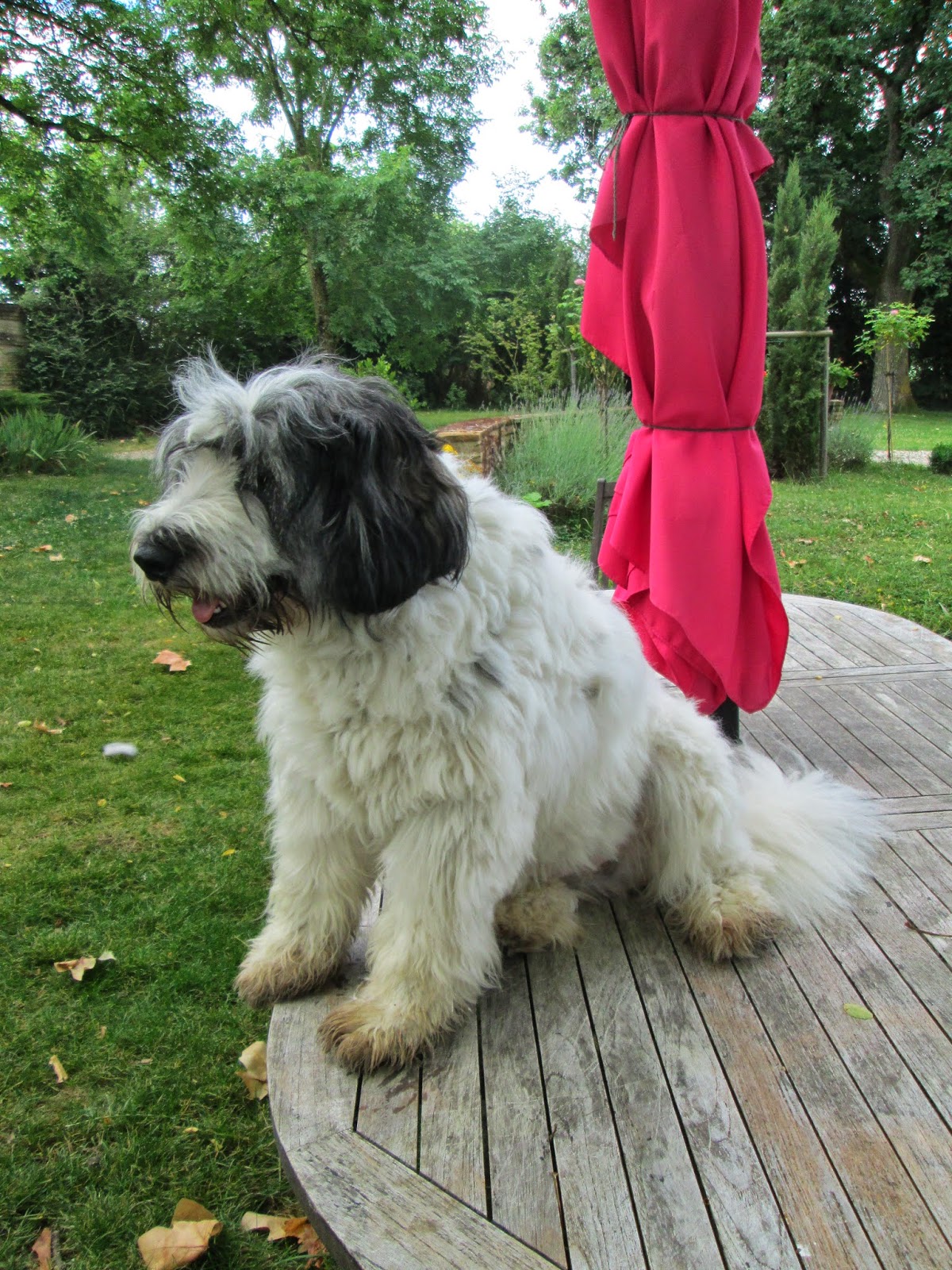 France is playing Ecuador in the World Cup football. Kickoff time is eight. By six the mayor, aided by the Old Farmer and the man in the day-glo yellow jacket, have set up the wide screen television on the petanque court. The mayor appears at the gate " M'Ongoose. We seem to have mislaid the extension cable. Could we borrow yours ? ".

By seven thirty the air is heavy with the scent of grilling meat, charcoal briquettes and lighter fluid. The village green invisible under a layer of picnic rugs, a variety of folding chairs, three implausibly large combine harvesters and a fleet of white Citroen vans. Children, dogs, farmers and the farmers wives mill around. The Weber barbecues belch out smoke. The Marseillaise is sung, lustily. Bob and Sophie decide there is no smell in the world quite like the smell of barbecuing sausage.

It's a draw. By midnight the village green is once again deserted. This morning the PON duo linger by the petanque court in the hope they might find a discarded frankfurter.

Life when you're an eighteen month old PON is full of wonders.

Had England been involved, you would have done everyone a favour if you had also mislaid the cable.
Cheers, Gail.
Ps Bertie likes this one: pic.twitter.com/BjXrZ5lXDC

Any luck on the discarded frankfurter front?

The photographs this morning clearly show that Bob and Sophie have grown into sublime examples of PON handsomeness. Such magnificent faces! xo

My earlier comment seems to have disappeared.....
Please tell me that Bob and Sophie both had a taste of the BBQ sausages...I knew I heard some pink PON tongues licking two lips quite lustily.

Goodness! Those faces are full of absolute joy and contentment. But,since France has advanced to the round of 16, a bit of sausage for
two French born PONs may be in order.