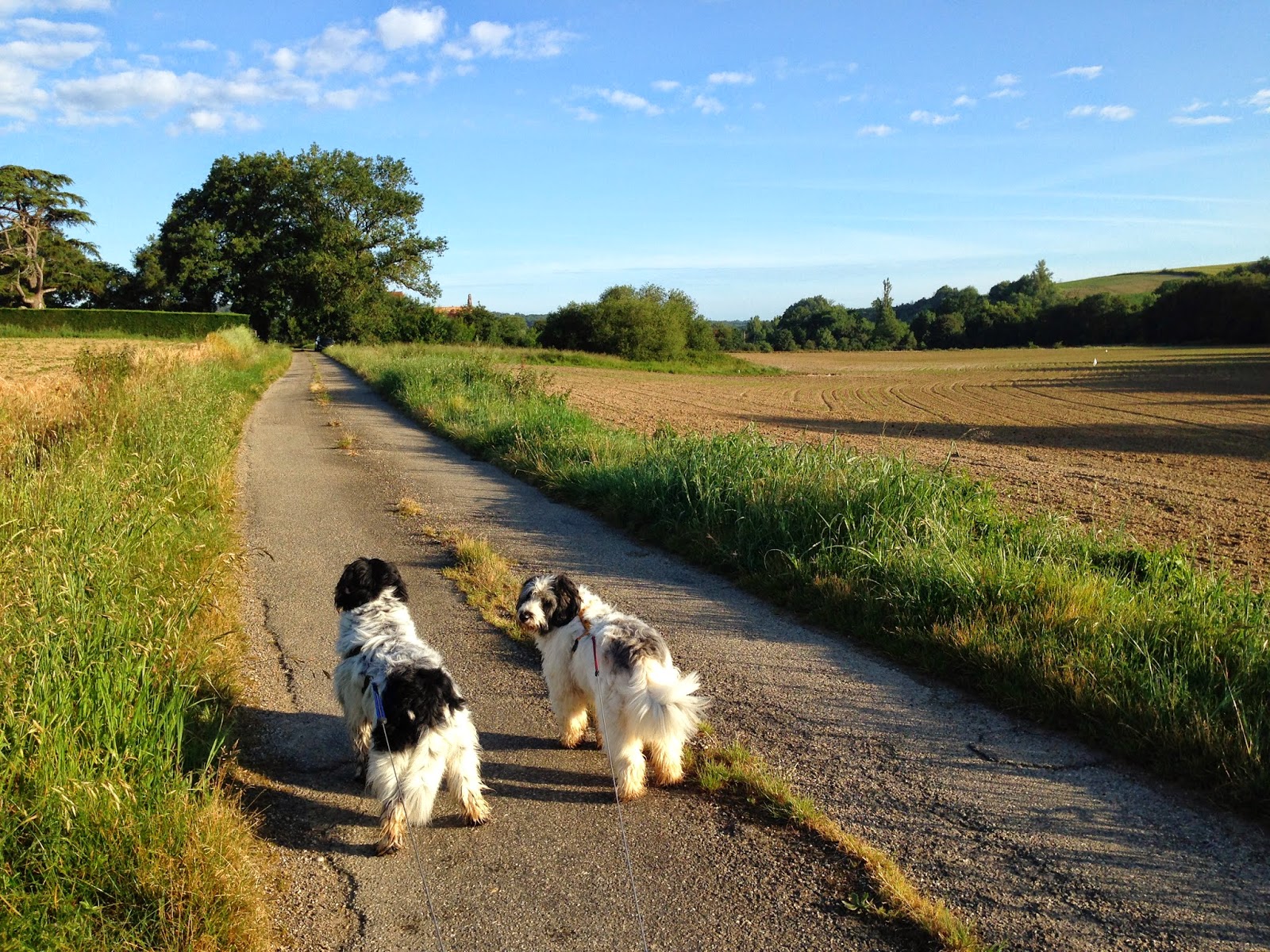 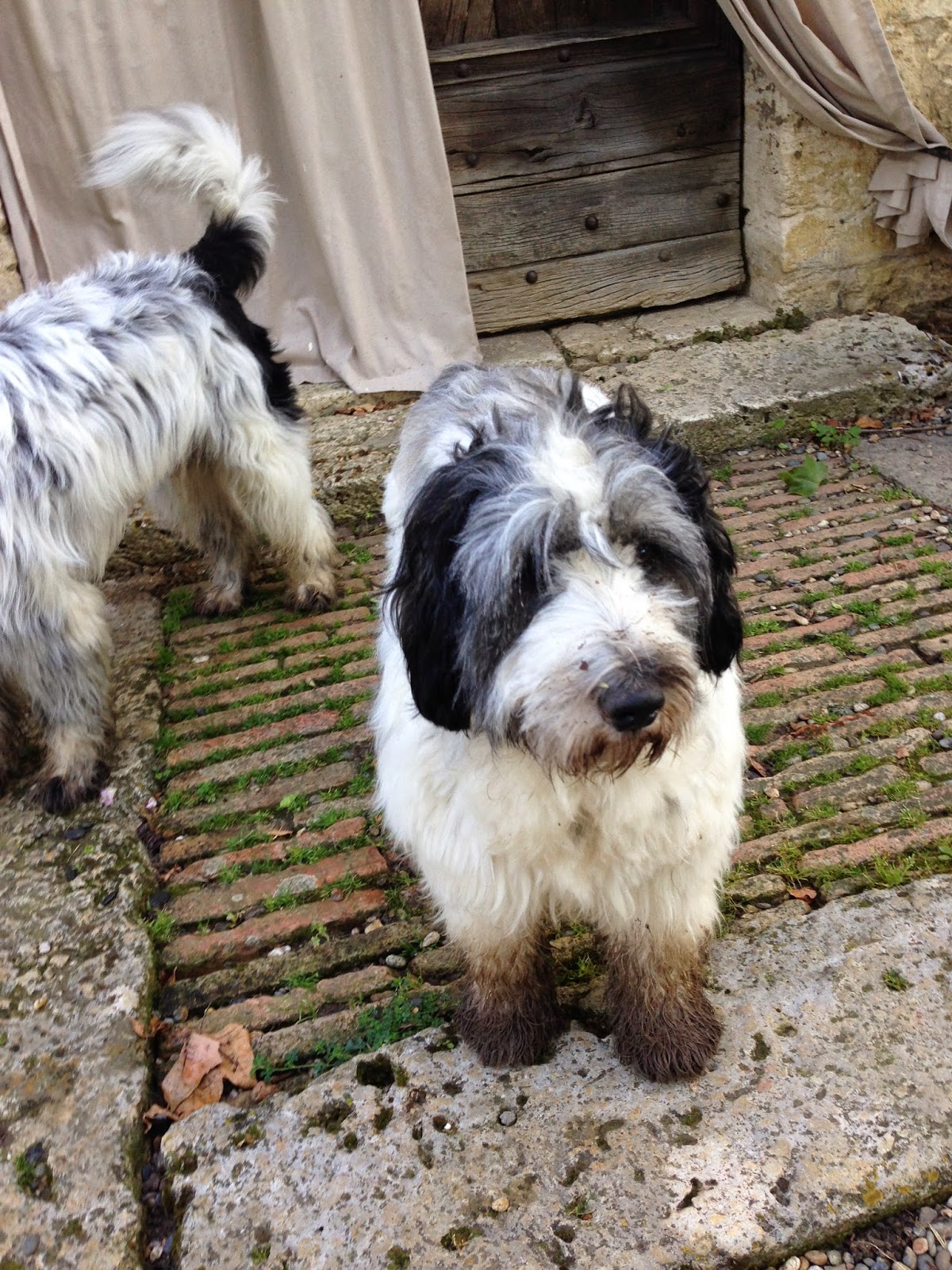 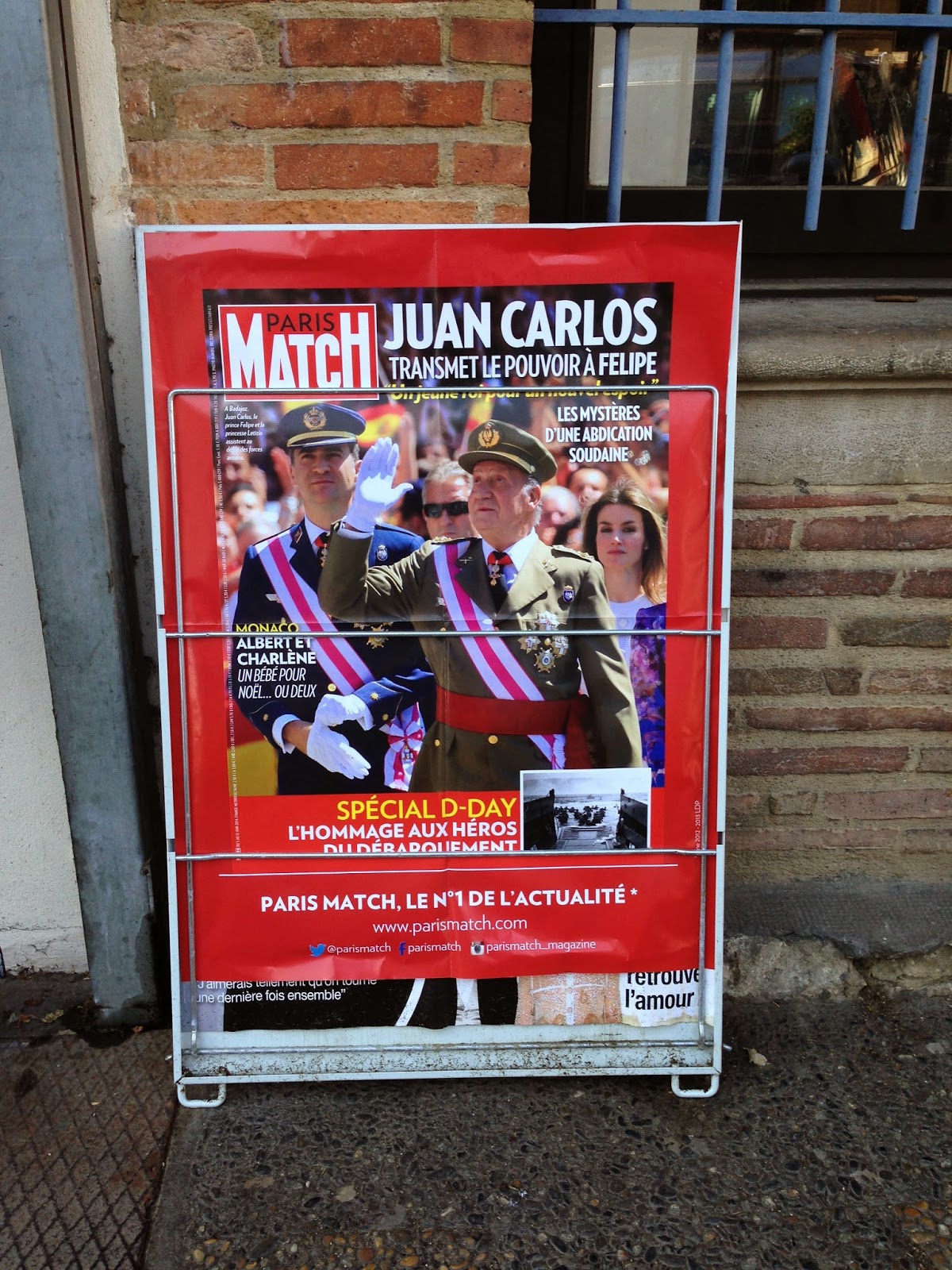 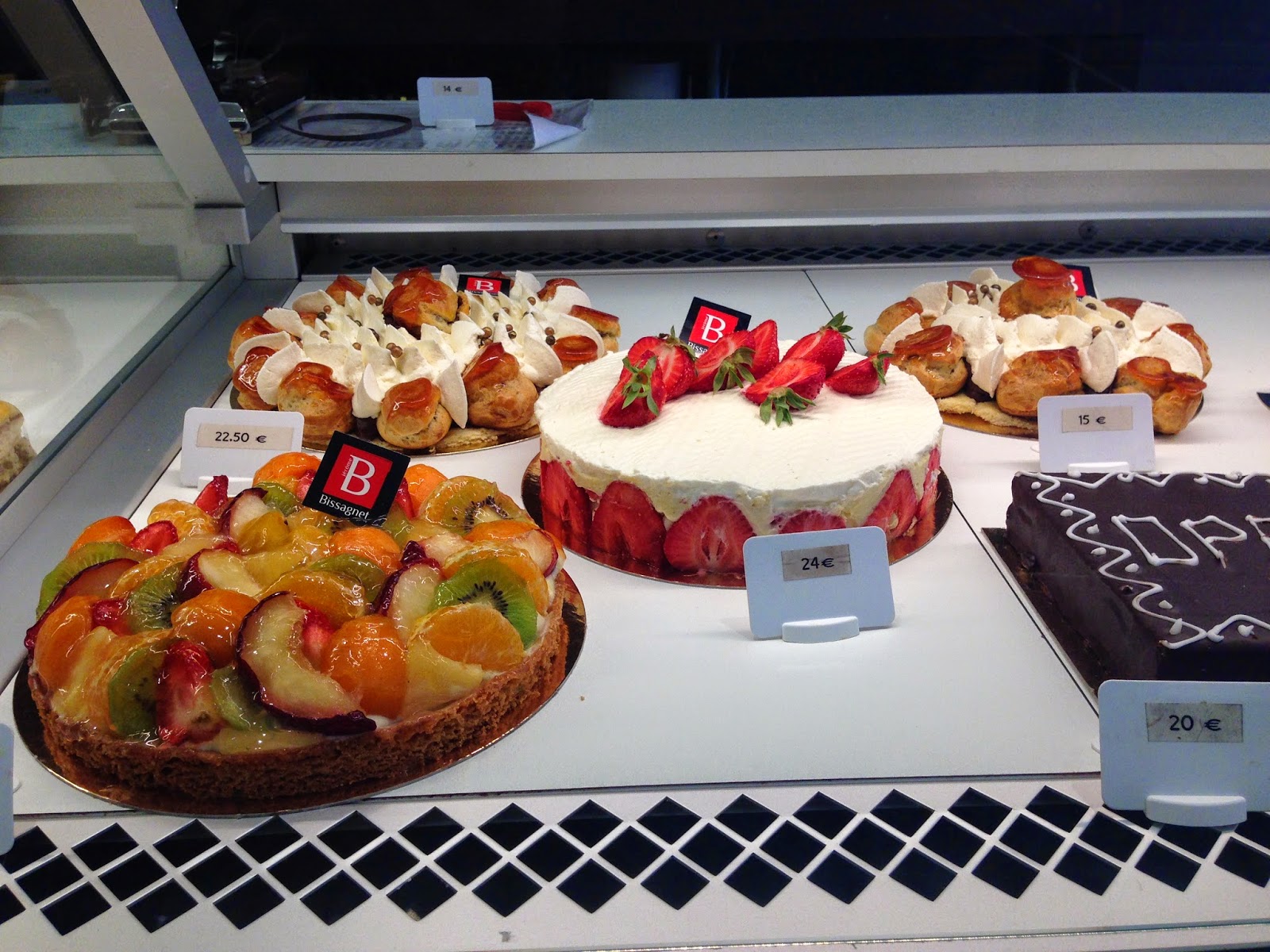 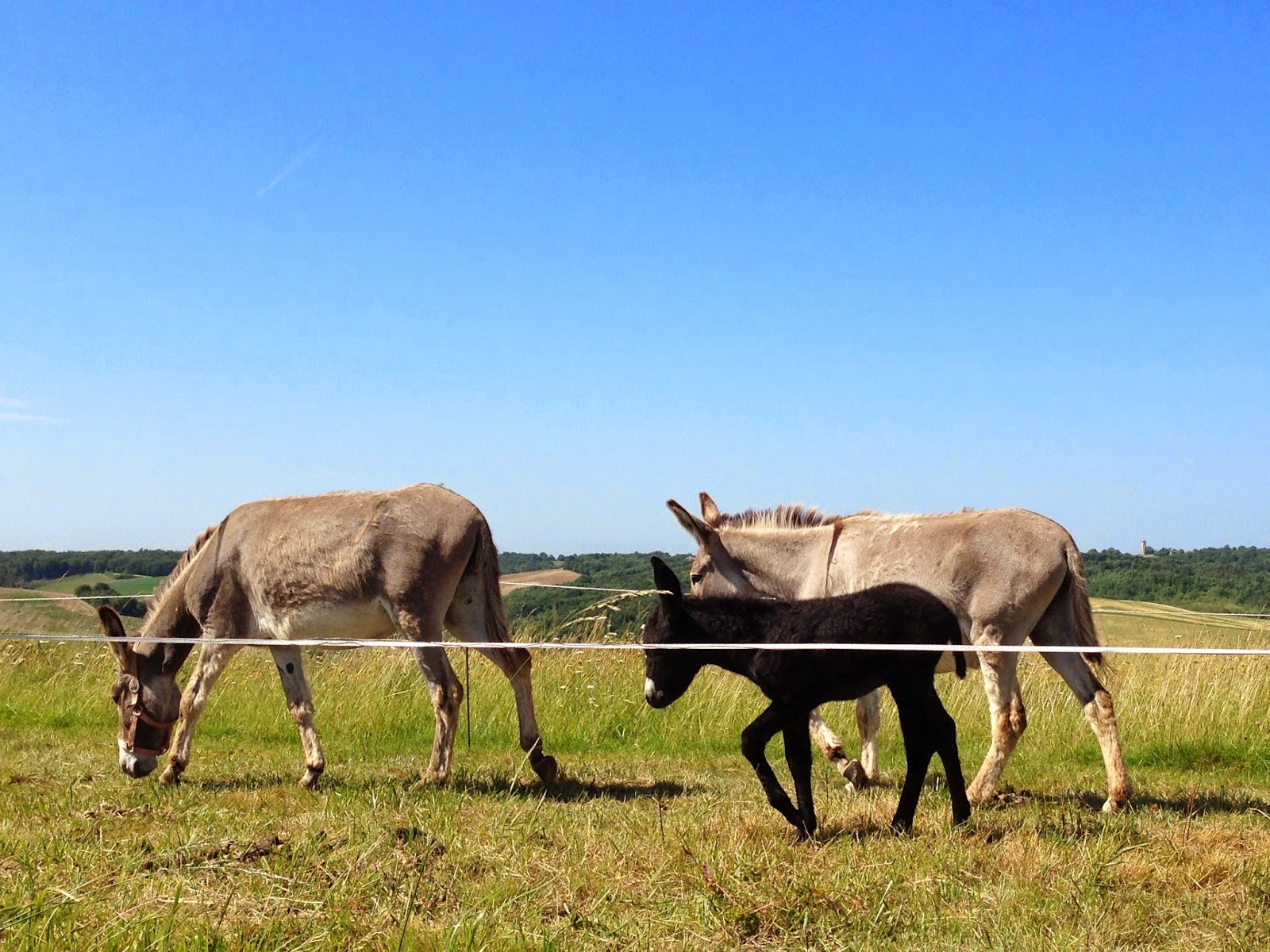 Down to the valley for a pre-breakfast walk and a splosh in the stream. The few clouds around soon burn off. To the cafe for a coffee ( and illicit half croissant ) then onto the bakers. When we get home Sophie ( from the colour of her paws there's no doubting that Sophie is the guilty party ) digs up a rose bush. This is quickly replanted.

A poster outside the newsagent with pictures of the Spanish kings abdication. Looking at the poster you wonder if there is anyone else apart from Kings and Queens who still wear gloves to work.

On the ridge the donkeys have an addition to their family. A lively young foal. The jack wears a look; half pride, half joy, that says '' He's my bright hope for tomorrow ". I scratch the proud fathers head and congratulate him. Later today I'll walk back and take three carrots with me. New life in a French village. Another of those little things too unimportant for a diary but too important to go entirely unrecorded.

But you mean you don't wear gloves when visiting town?

I discovered that the local donkey loved baked quince - I had baked some and discovered that actually I didn't like them very much. On the way to feed them to the municipal goats (who, quite frankly, will eat anything) I tried them on the donkey...He (almost literally) bit my hand off! I love seeing donkeys with companions, but get sad when I see them alone - did you know that donkeys get lonely and "need" a companion (not necessarily of the donkey-persuasion)?

What a cute donkey foal.

It looks like Sophie's wearing black wellingtons on her paws or maybe it's her gardening gloves ?

Oh Sophie, you are incorrigible but I love you still.
Angus, you are so thoughtful and kind, I know the donkeys will enjoy your carrot treats.
Congrats to the proud dad....give him a head scratch for me next time you pass that way.

Thinking of you in France this morning as I watched President Obama's speech in Normandy honor the D-Day veterans. What a beautiful day there both for a celebration and remembrance.

Somebody has to keep the glove makers in business!.

That foal is adorable! I have a feeling Bob and Sophie may develop a bit of curiosity when he starts getting lively.

Is that the same Opera cake from a few days ago?

D-Day recollections, moving interviews on NPR with the few and fewer remaining survivors. And something I hadn't realized until hearing it yesterday -- after D-Day French civilians lost even more lives than the allies had at the invasion as the fighting moved through the country., And wasn't it to be :the "last war!"

Yes, sadly. The phrase 'precision bombing' much in use at the time, was right on the bombing part, but wrong on the precision element.

Think the curiosity is already developing !

The widescreen tv has been set up in the salle des fetes and the ancien combatants are out in force. So are pre-schoolers, the workmen who are supposed to be resurfacing the road, the occasional farmer, jack russells and the driver of the school bus. I have left a lengthy afternoon ceremony which seems to have been designed to give the French President as much 'air time' as possible.

He got a head scratch and a carrot !

How do we explain the muzzle ?

The young fellow is on a working frm so there's not much chance of him being alone .

By the way I'm told the 'Opera' is fresh every day. Who knows ?