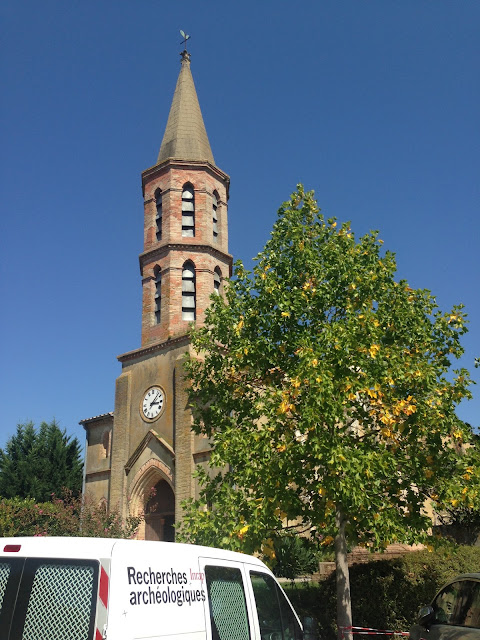 Outside the church a tree has fallen and unearthed a pile of pottery and bones. The official archaeologists arrive in a little white van. Bob and Sophie are intrigued. '' They could be Roman " says a middle aged man wearing a green crimplene short sleeved shirt with three plastic pens in his breast pocket. He carries a clipboard. 'That recent ? ' says Angus by way of light hearted banter. ' Oh no !' says crimplene man. '' If they'd been buried recently we'd have to call the gendarmes ". Never try small talk in a foreign language. 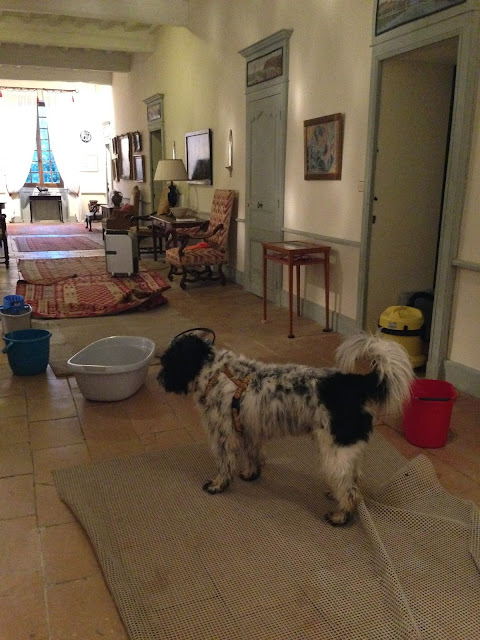 Back at The Rickety Old Farmhouse ' The Font' clears away the buckets from the upstairs hall. Bob thinks the buckets were a great addition to the household decor. It takes a particular sort of skill to charge between them at high speed and not send the contents flying. He has it. Sophie don't. 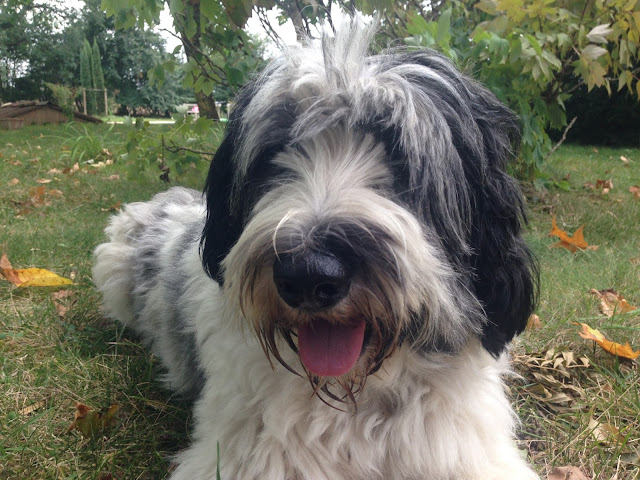 His sister continues to exude happiness and health. As I've noted before if she was a human with this amount of vitality we'd have the suspicion she was 'on' something. The sort of girl that would work in a tattoo parlor by day, spend her weekends singing in a rock band , drink beer from the bottle and have a Harley driving Marine boyfriend called 'Rooster'. 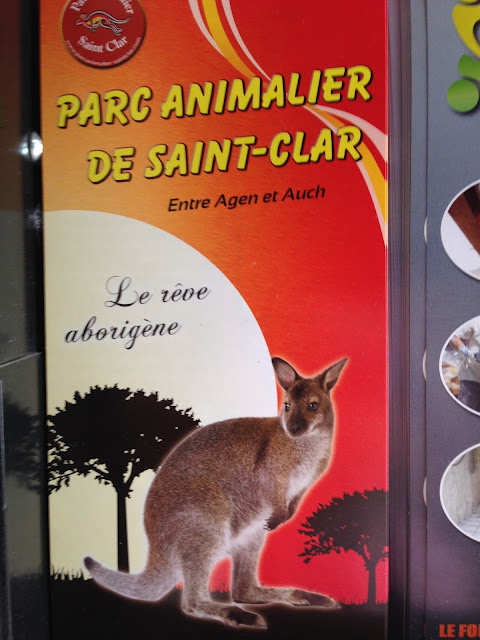 A sign for ' The Aborigine Dream' appears on the notice board in the supermarket. A theme park of marsupials in deepest France profonde. Wonders never cease.
Posted by Angus at 6:46 AM

Let's remain calm. Yes it has been an upsetting few days. And, yes Sophie may be a little high strung. However, I don't see her slurping beer, singing and inking tats, while waiting for Rooster to pick her up!!! She is a diva, and as such, will always have "over the top" tendencies. But that is what we love about her!

After that wonderful description of Sophie, I am greatly looking forward to your take on "if Bob was a human"!
Cheers, Gail.
PS New definition of crimplene - a fabric common in the 1960s but by the year 2015 worn only by scientists and researchers featuring on Angus's blog.

Once had an Irish Wolfhound described as 'if she were human, she'd have seven kids and be beaten up by her drunken boyfriend every Saturday night.'

Leah would be in the buckets drinking the water!

A very popular material in certain ( non-Parisan ) parts of France.

The archaeologists non-existent sense of humour might have been severely tried by Bob and Sophie discovering bones.

'' Over the top " a good description.

We never have this much excitement in Santa Barbara!

Communal water buckets placed strategically around the house? Ours would be in heaven....

I am more concerned about "Rooster"....sketchy fellow!

Mock not - the official archaeologists may yet have to call on Bob and Sophie to help with the digging. Fastest time through the bucket chicane in the upper hallway - what fun !!

Wasn't there some concern, at one time, that she was a shy dog?