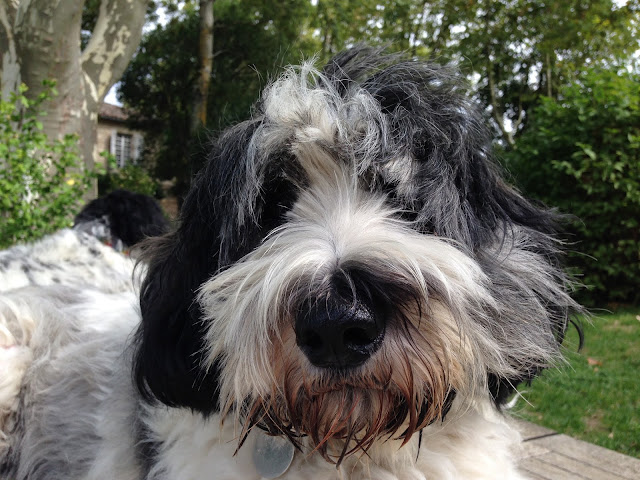 It's darker in the mornings. We now head off down into the valley at seven thirty. This means running the gamut of the children waiting at the war memorial for their school buses. The little one greet Bob and Sophie with a polite 'Bonjour'. The older boys say 'Bonjour' to me then bark at the PONs. 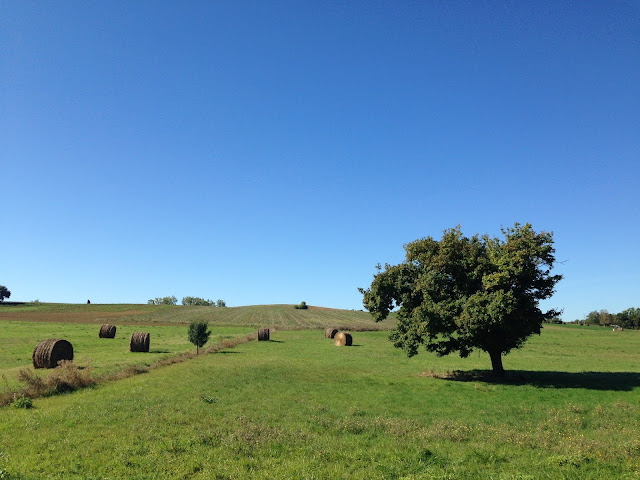 The angelic duo race around the hay stacks for an hour. Bob decides to de-threat each of them. There are more than a dozen which requires a special kind of diligence. Task done he exudes a contemplative happiness. Sophie ferrets in the drainage ditches. 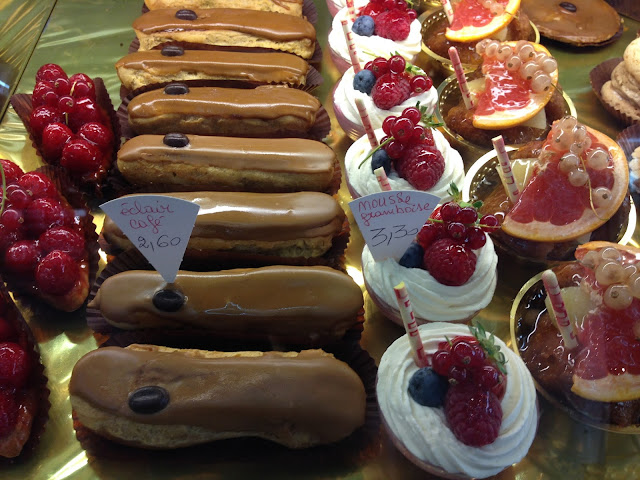 The miserable bakers wife is in a particularly miserable mood. 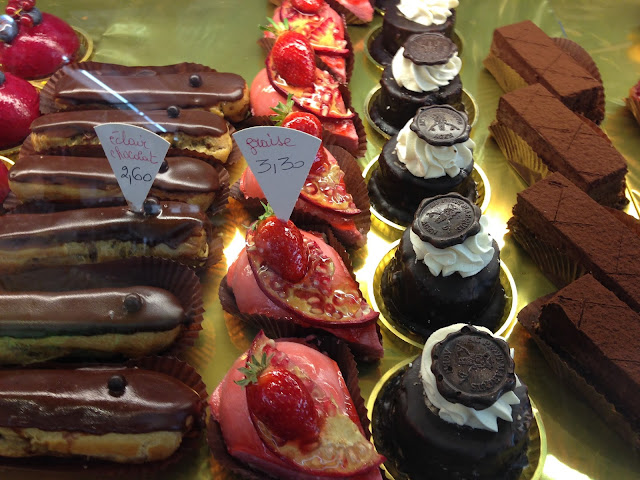 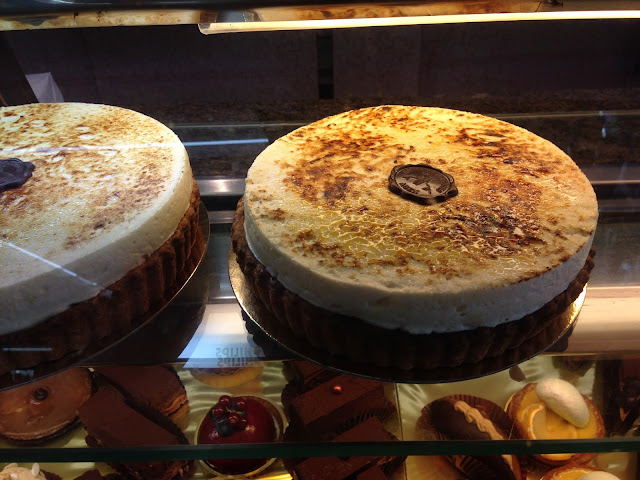 Ordinarily, 'The Font' takes one mouse sized bite of a desert and then leaves the rest to Angus to polish off during the week. This time however the flan is said to be both light and delicious. 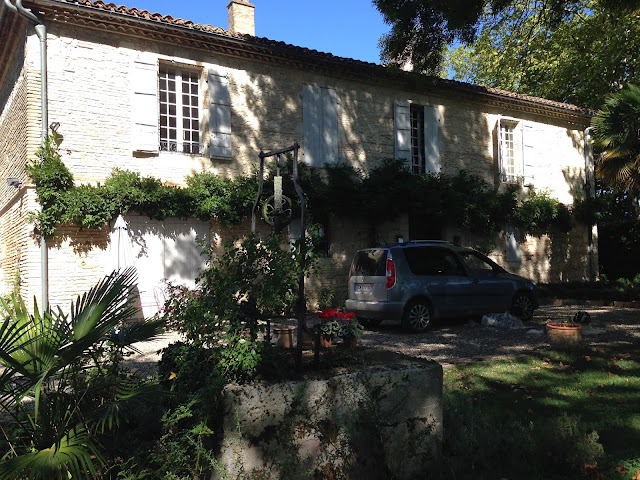 Bob and Sophie spend the rest of their day barking at tractors, chasing red squirrels and generally making sure that the universe is as it should be. For dinner there is chicken, rice , green beans and gravy. No dishwasher could clean their bowls as thoroughly as they do. The PONs start their day happy. They end it even happier. They go to sleep knowing that tomorrow is going to be even better.

Just one of those quiet days with dogs. Too unimportant for a diary but too important to go completely unacknowledged.

Never understood barking at dogs. Slightly understood in children but not in adults....

How can anyone be miserable around those cakes...?

If Bob and Sophie have even a sliver of that pear flan it will be another best day ever !
Barking at the PONs sounds just the sort of thing older, foolhardy boys would do. They haven't yet figured out that Bob is the fiercest, scariest fellow in the neighbourhood.

Children, unfortunately, have to be avoided here. Far too bouncy and unpredictable for this old PON.
x

I was thinking as I was reading - I wonder if the baker's wife's attitude reflects into her baking. Clearly not this week.

The hay stacks are a form of agility course for Bob and Sophie, as I know they run them at warp speed!

Maybe she's grumpy because of the hour at which she must arise in order to bake all those goodies. Having to look at chocolate every morning at 5 could put you well off it.

So you are the one that likes the desserts!

I honestly don't know how anyone could be in a bad mood, at last not for long, working in a bakery, or watching the antics of dogs!

Something that drives dogs and dog owners to distraction.

Sophie does not like squeaky childrens voices. Turns her into a fluffy demon.

There again maybe it's a French thing.

Nothing sparkles like the bottom of a dogs bowl after chicken and gravy.

They also charge into them. The concept of running around, rather than through, things hasn't been mastered.