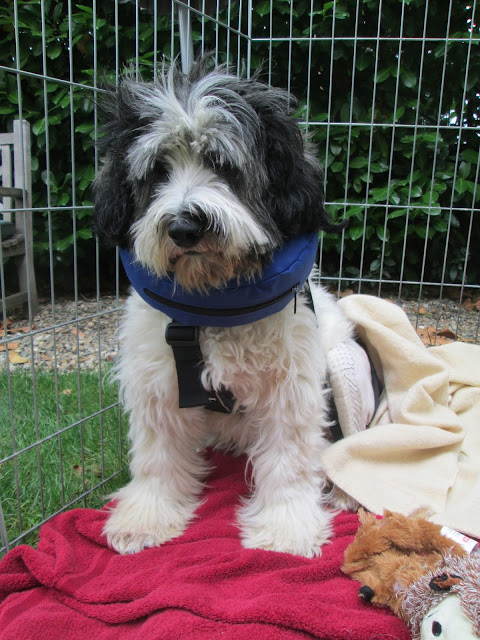 What a difference a year makes. Sophie is one feisty lady.

There is probably a little 'more' of her now despite our best efforts at restricting her calorie intake. 'Recycling' and a gourmands delight in owl dropped voles and windfall pears make strict diet control impossible. 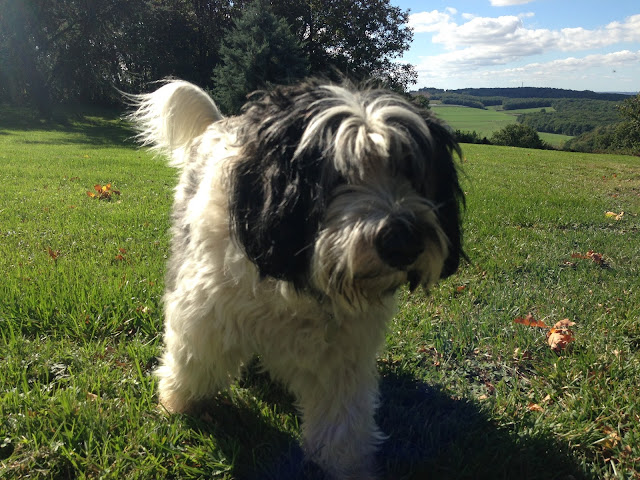 Her brother still has a slight problem with the droopy left side of his jaw.... 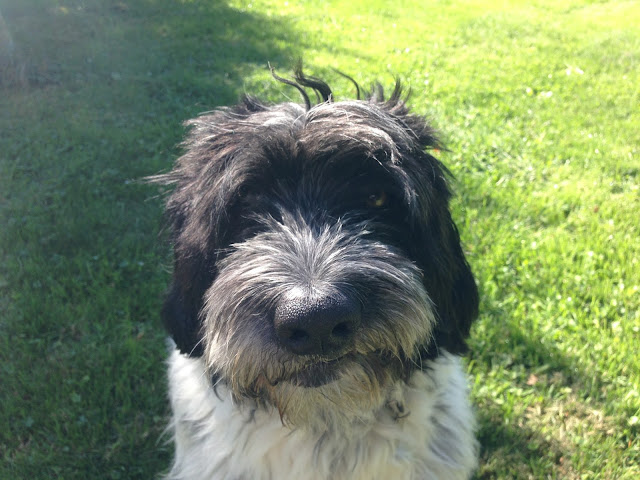 .... but nothing that interferes with a mischief filled day. 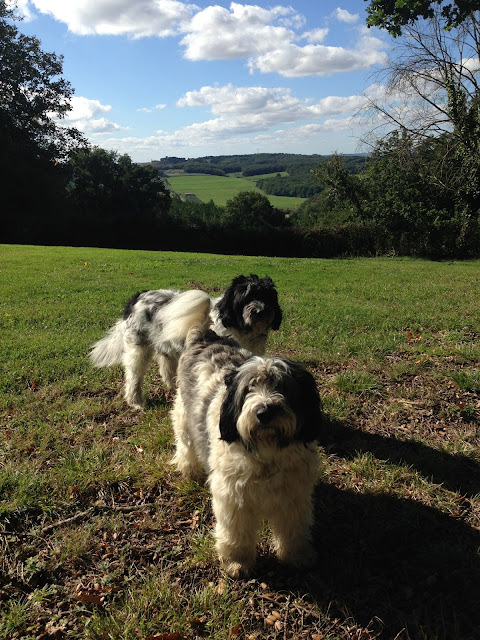 Sometimes all the justification a blog needs is as a reminder of why and how dogs become such an integral part of the family. Their  ' I know you'll make it better ' trust is absolute. In return they dispense 24/7 laughter.

Amazing recovery from double surgery. Mlle took it more in her stride than her adoring brother

Who would ever have believed that the shy little thing that used to hide behind her brother would end up as tough as nails ?

Thee miracles of modern veterinary medicine combined with the fortitude of a PON.
That 'hum along' made my laptop vibrate.

We all know that in "dog years" so much more time has past for Bob and Sophie. But I'm sure Sophie would agree with that, especially while she was recovering. Cheers to the next year of culinary delights, laughter, mischief and adventure!


PS: Speaking of adventure - I've been asked by a friend to go with her to Scotland next July for the 150th anniversary of the founding of the Golden Retriever in Inverness and Tomich, via Edinburgh. We'll see.

Sophie certainly has that determined and ready for action look we know so well in the second picture.
I thought many times of Sophie’s soft protective collars as Millie bashed and bruised us for 3 weeks with her hard plastic cone.

Surely, the more of Sophie the better?

Plus dogs teach us what "unconditional love" truly is!
I am so glad to see Sophie's improvement over last year!

Love the last photo particularly, the delightful duo waiting for the start of the best day ever !

Droopy jaw....no barrier to the best day ever attitude.