The worst job in the world. 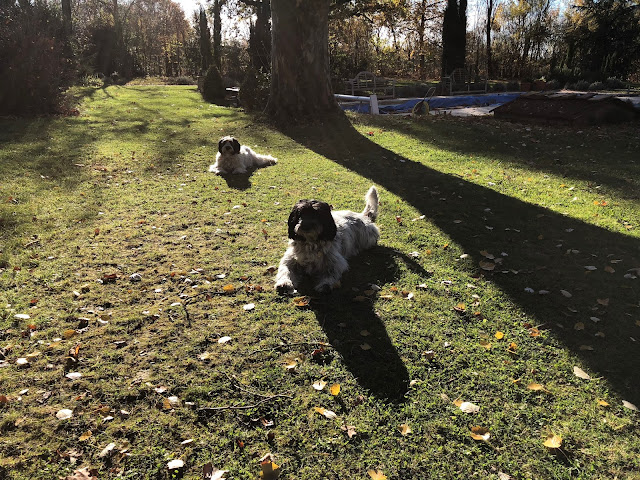 Seven minutes past midnight. Angus becomes aware that a male PON is sitting silently by the bedside. Two amorous cats are canoodling on the doorstep. Bob is wondering what I intend to do about it. Finally, he wanders off into the darkness to guard alone. Thank heavens for sheepdog commitment. His tail thwack-thwack-thwacks against the furniture as he leaves.

This morning the PONs are waiting for Angus to take them on their early morning walk. It should be pointed out that they are waiting but they're not waiting patiently. Bobs tail is still waving. 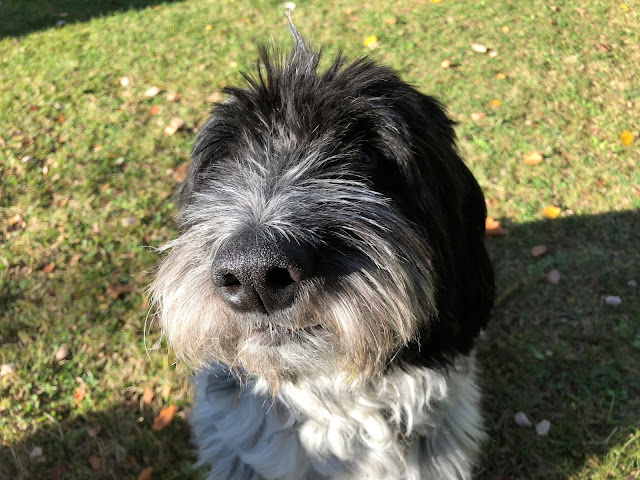 Bobs hair is showing the first , almost imperceptible, signs of turning grey. He'll be 5 on January 9th. That must be 35 in human years. '' Like master, like dog " says The Font delphically when this is pointed out. 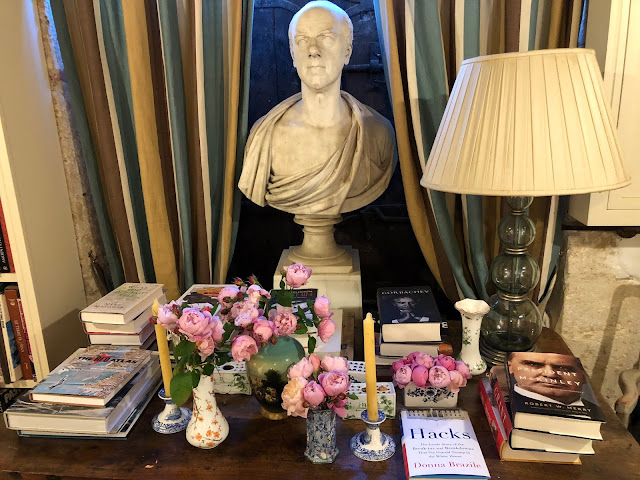 'The Font' is still cutting back the roses. The more they're pruned the more they bloom. 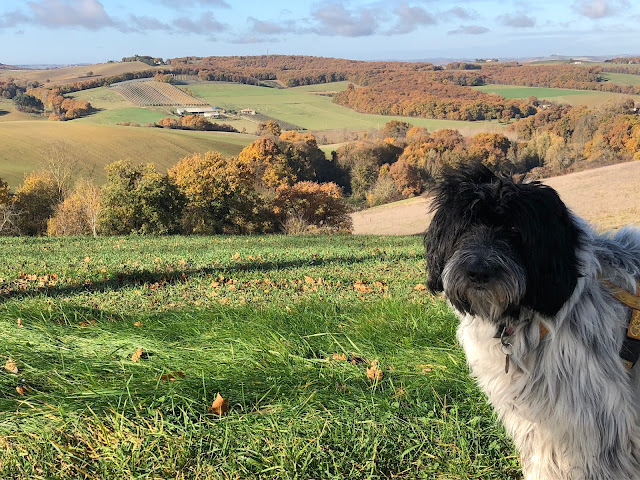 Bob and Angus discuss the royal wedding . President Obama wants to attend . So does his successor. Angus thinks being a protocol officer must be the worst job in the world. Bob thinks a cat herder might be worse .

This morning the display of cakes at the cafe rather humdrum. Angus gets a coffee. His shaggy companions share a bowl of water and some croissant scraps. 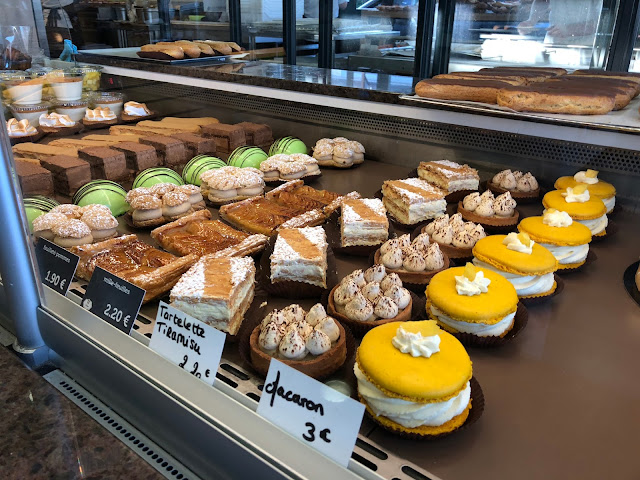 France Musique is in festive mood. The radio announcer describes this piece ( at the 1:20 mark ) as the most theatrical tune ever written. He could be right :
https://www.youtube.com/watch?v=SrTowDGKmlw


I knew this about De Gaulles daughter but not realized he's laid to rest beside her. There's something about the incongruity of this photo - the hat on the beach, the tie and the loving interplay between the two that gives it warmth and charm .Never judge a book by its cover there is nuance in the pages: https://twitter.com/fenlandgent/status/934856055162589186

The library photo has an altar-ish appearance. Couldn't describe the baker's wares as hum-drum here.

Must be the candles. We're getting towards winter power cut time.

Those roses really are outstandingly lovely. I don't suppose they're a variety which would thrive in NE Scotland?
Cheers, Gail.

That is very touching about De Gaulle. Had no idea.

I had no idea about De Caulle's daughter either. What a lovely photo - he usually is depicted as ram-rod backed, taking a salute at a parade, this is such a tender and charming photo. Thanks you Angus. Are the losses perfumed? they look wonderful, most peony shaped. Says a lot about you climate.... definitely not Scottish!!

lovely photo of de Gaulle and his very special daughter. ( Downs syndrome people are incredibly lovely). Might I ask the name of these roses. They look Gertrude Jekyll. I cannot believe that time has flown so fast and that Bob is almost 5.

I'm sorry Angus but I have to disagree, those cakes do not look hum drum from here

Well, the cakes might not be up to standard of the sumptuous ones you've shown us in the past, but they aren't too bad !
How refreshing to realise that de Gaulle had a heart, and time for his very special daughter.
Cat herding - now there's a job that doesn't crop up very often !

Hari OM
Bright yellow macaroons 'humdrum'... if you say so. The circus over this royal wedding is already wearing me out and it's bare been 24 hours. Thanks for introducing me to an incredible voice which I don't believe I have ever heard before. YAM xx

Such a touching photo of a father and his special daughter

Thank you for showing a side to de Gaulle that I had never imagined.
I'll have a humdrum cake, please. Maybe two.

Anne de Gaulle died aged twenty.
Upon her death, the General, trying to comfort his grieving wife, had those beautiful words: "Cry no more, for now she is like the others" (Ne pleurez-plus, maintenant elle est comme les autres)
Such simple, and yet deep faith.
Many faces to this man, indeed.

I didn't know that about the DeGaulle family, either. Thank you.
The bright yellow macaron looks interesting and deliciously gooey.
News blip late today that Harry has said Obama's successor is not welcome at his wedding. That should set off some interesting twittering.

Although he's a friend with Obama I'm not so sure that's what the Prince said . The press will stay enjoy making up a story !