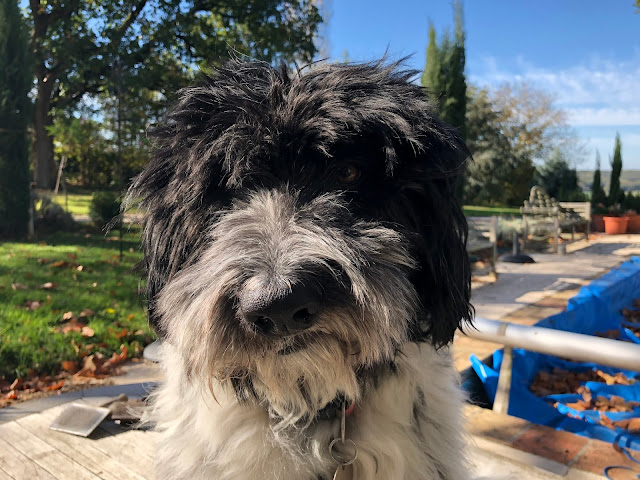 The Magpies that have taken up residence along the lane are a cheery bunch. They cluster in the trees on either side of the front gate and enjoy a spirited - twit-cheeyow-twit - conversation. 'The Font' thinks it sounds more like gargling than bird song. Villagers heading off on the school run slow their cars to look at us standing at the door looking skywards and laughing. We've just provided reinforcement to their view that Northerners are strange. They chat to their dogs and listen to Magpies chatting.

There's an old English rhyme about magpies that goes along the lines of : ' One for sorrow, Two for mirth, Three for a funeral. Four for a birth '. What would a dozen or more mean ? The best day ever ? 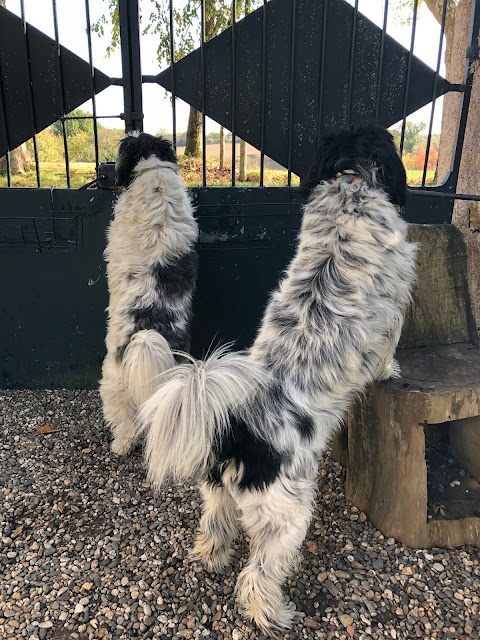 The PONs hear the sound the birds are making but are unable to determine where it's coming from. They stand at the gate and guard. Sophie steadies herself by putting her front paws between the bars. With two metal legs I do wish she wouldn't do this. 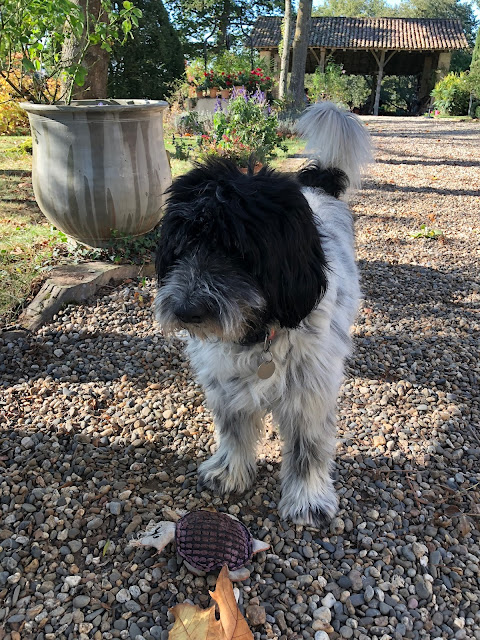 The Magpies seem not to bother the resident owls and woodpeckers who make the Plane trees their home. Nor do they bother the PONs who are loaded into the car and taken off to the cafe. 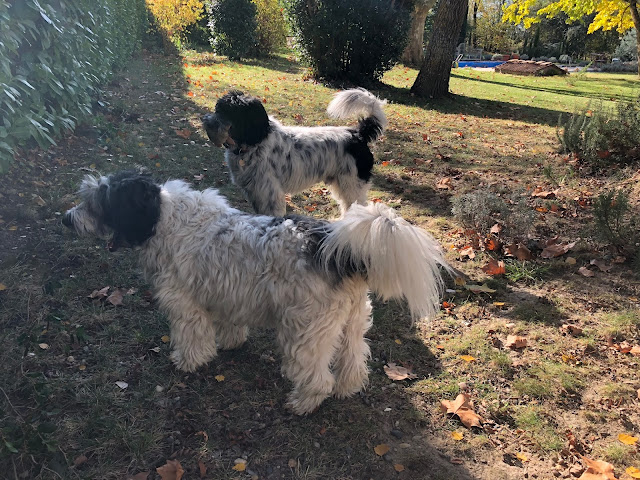 One of the lime trees by the barn is sick. It's started to ooze what looks like black treacle from a cut branch onto the grass. The tree surgeon says he's never seen anything like it. There again the tree surgeon is better suited to lopping off branches rather than trying to repair them. 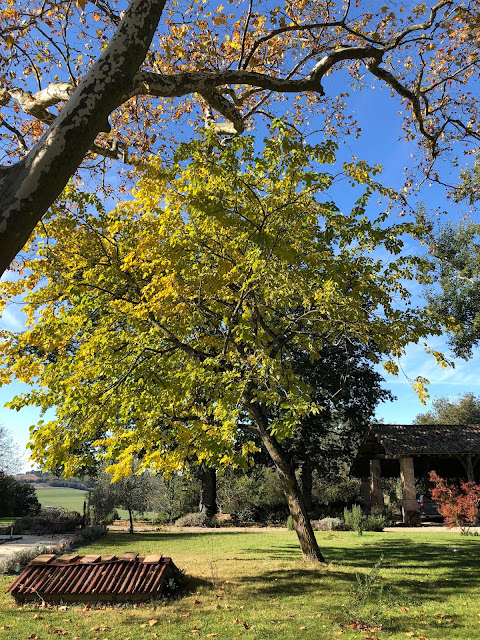 I'll go to the hardware store and buy some bitumen to coat the exposed stump. 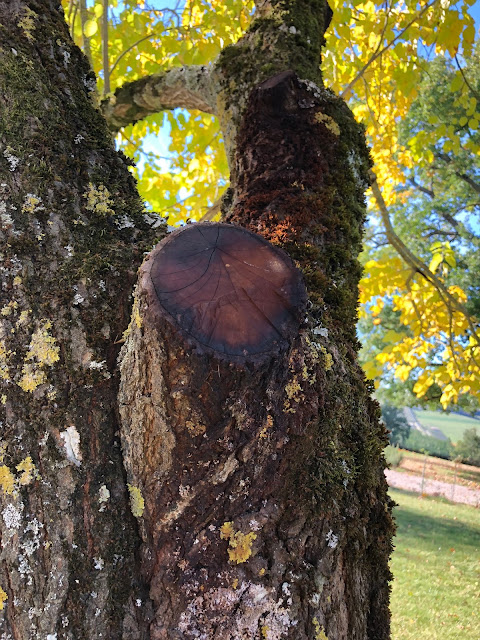 Anxious for an update on the butter/croissants situation...

Guess this is what happens when one species considers itself to be superior to all others.

A check on Google reveals that there are female white rhinos still living and that there is hope IVF can be used to save the species. Although Sudan is 43 years old, he still has what it takes but is not that interested in breeding.
Sounds like the magpies like the neighborhood.

As a child I remember my Grandmother telling me bad things happen In threes. Maybe this was a spin off on the Magpie rhyme. I too wish Sophie would not put her front paws through the rails in the gate!

I saw the herd of white rhinos in Meru Park in Kenya in the mid-80s. Some years later, all the rhinos and their human guards were machine-gunned to death by poachers. Heart-breaking.

Your English magpie rhyme has a counterpart across the pond, using crows. The version I know has it, "One crow for sorrow, Two for mirth, Three for a wedding, Four for a birth".
And then it gets into PON territory: "Five for the happiest day on earth".

Emm, I like your magpie rhyme, with PON’s as an addition!