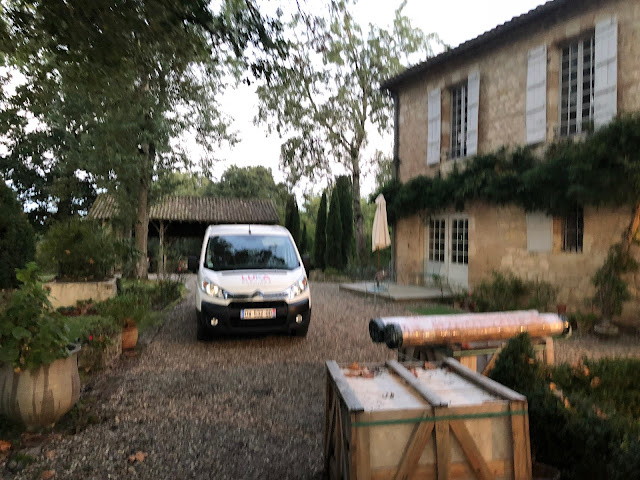 The window cleaner shows up at first light. He's been told , clearly and repeatedly, that he's only to do the outside of the windows NOT the insides. 'We'll leave that until after the virus has gone', I tell him.  Imagine 'The Fonts' surprise when the window cleaner is found wandering through the house, without a mask, coughing away while cleaning all the panes on the inside doors. He's also keen to have long, close up, conversations. Angus encourages him outside. There are a lot of folks who just don't get it. 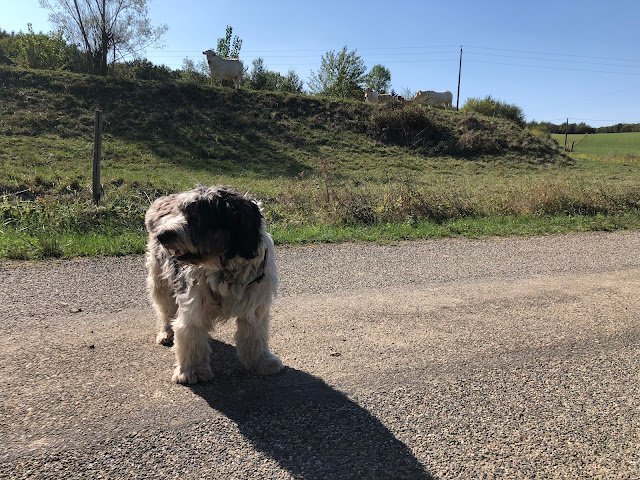 Sophie has now developed a technique for dealing with cows. If she turns her back on them they can't be seen and clearly no longer exist. Angus has to admit that the PON princess has got the essence of Aristotelian philosophy down pat. She heads off to the stream to look at dragon flies, fish for minnows and have a long , slurpingly noisy drink. 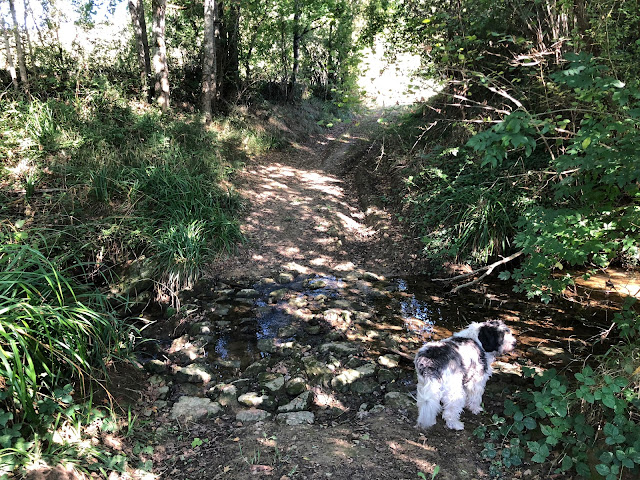 Back in the village the municipal speed bump paint team are doing the other side of the lane. Sophie is greatly taken with the appearance of bollards outside the front gate. The Old Farmer drives by. He's on his way to the doctors . He'll be 89 in February so is down a 'priority' case for his flu jab. This is the first one he's ever bothered with but his lady friend has pestered him to have it done.

The new metallic porridge coloured car will be ready tomorrow. Getting it registered and ready for delivery takes rather longer than one might expect. This is perhaps why we usually buy our cars in Toulouse rather than the market town. 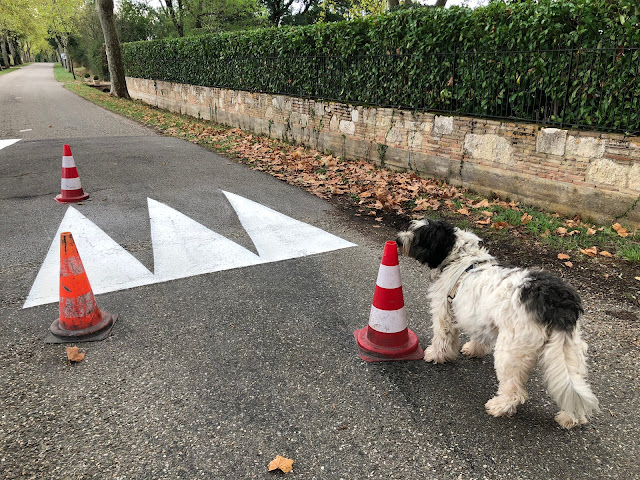