No guarantee of intelligence. 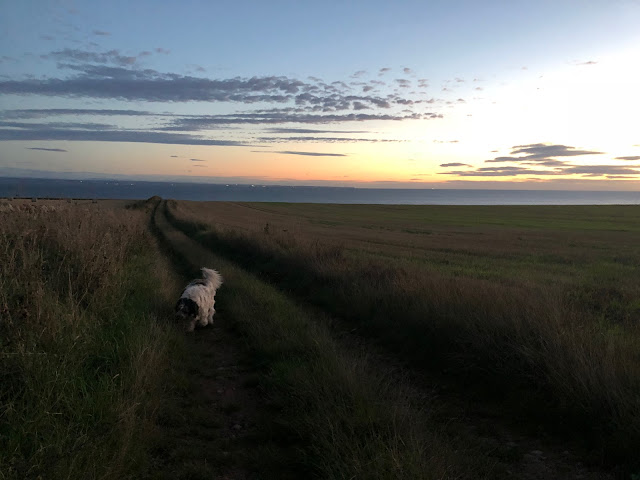 Today is a day for chasing workmen. The electrician and joiner have promised faithfully to show up this afternoon. We shall see. The plumber and the decorator aren't answering their phones or replying to e-mails. Later this morning 'The Font' will head off to check out a promising curtain maker. We have the feeling that thick curtains are going to be a necessity on this exposed coast as the year wears on. 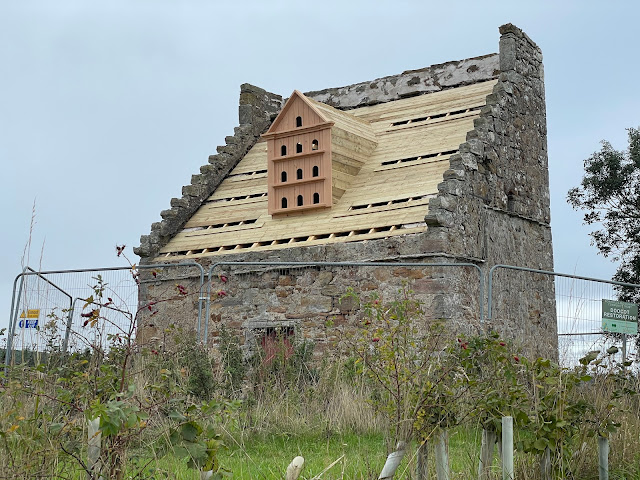 Sophie greets the two young doocot builders who are already hard at work. Over the long weekend they've installed the new pigeon entrance. It looks very grand and is a faithful replica of the 16th century original. A developer had planned to knock the doocot down and build a 'Mac' mansion but the villagers raised the cash and bought the plot of land themselves. A picnic area has already been set up and native trees planted. All of these small coastal communities have a ferocious civic pride. 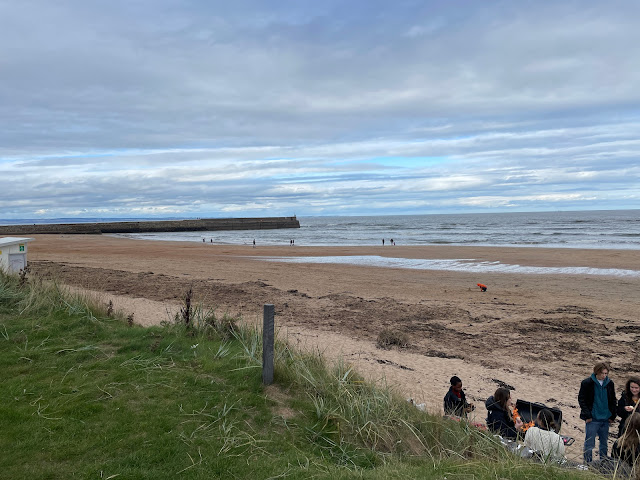 Sophie is taken into town for a croissant and for a walk on the beach. She finds a group of students barbecuing. They greet her warmly but make no attempt to share their sausages. They are glared at but still don't get the message. I explain to her that being a student doesn't guarantee intelligence. She then tries her luck with a Jack Russell with a dead fish. The Jack Russell proves to be remarkably relaxed about a bundle of fluff wanting to share his treasured possession. He deals with the situation by heading into the dunes at high speed. He then disappears - with his dead fish.  Sophie is left behind to marvel at his incivility. 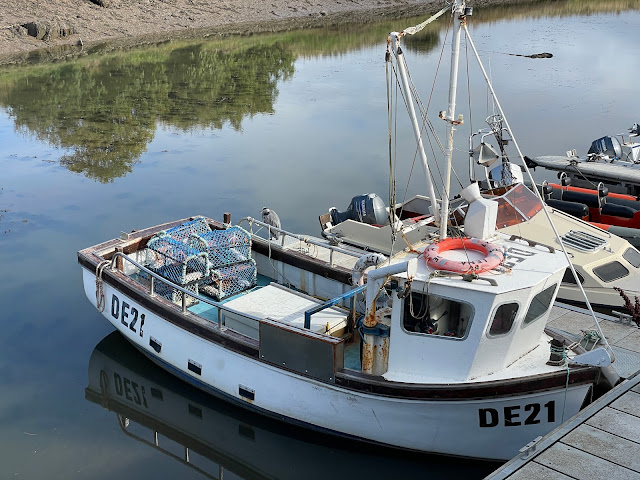 Back at home Sophie heads off to the shore to check on the seals. En route she disturbs the geese who honk noisily and  fly off . The daily routine of a Polish Lowland Sheepdog lady of a certain age is sprinkled with adventure. 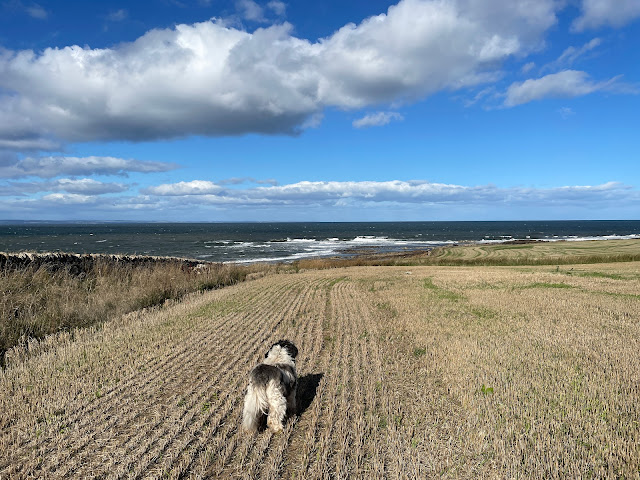 Love the doocot construction, and the gannet video is truly awesome. Thanks for posting.
Nobby is quite clear that no self-respecting terrier would share its dead fish.

The doocot is one very smart future home! Look forward to seeing it completed, and hope the future inhabitants appreciate it.
A ferocious storm - thunder, lightning and rain - in the early hours of Sunday morning left me without electricity in one part of the house, no TV, no Wi-Fi, no phone and no way to open the garage door! Electricity problem was resolved around lunch time yesterday, just in time to catch the end of the funeral service. I intended to watch for a few minutes but of course stayed on, with the occasional break, to the end. The most TV I've watched for many years.
This morning my Wi-Fi and phone were reinstated and now I'm catching up with blogs and news to see what I've missed.

Hari OM
Having had the delight of witnessing Gannets at 'harvest' with my own eyes, I now wish I too had thought to film the event - it looks spectacular, eh? And the forces from their speed leave one agog. It seems to me, too, that Sophie has simply been waiting for you to get shifted and is truly in her element! YAM xx

It is a good life,

I see skies of blue,
Clouds of white,
The bright blessed days, the dark sacred nights,
And I think to myself
What a wonderful world.
~ Louis Armstrong

Angus - you, the Font and Sophie are, indeed, showing us this wonderful world.
Thank you and to Diaday for a lovely memory of Louis!
angela

I am fascinated by the doocot. I'm so happy the villagers are having it restored to its former glory. I wonder who will care for the pigeons once they take up residence. Maybe pigeons don't require human intervention to help them get through the winter.

Your heron is quite plump, unless it's just that he's fluffed up his plumage to keep warm. But clearly he's found a good observational post. We've often eaten at beachside restaurants where the herons , undeterred by human presence, comfortably await an unprotected morsel.