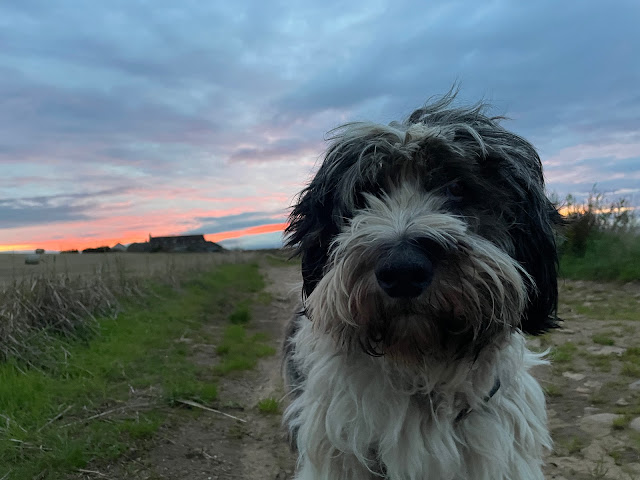 The day of the Queens funeral dawns mild and dry. There's a wonderful sunrise. Supermarkets closed but the restaurants and bars in town will be operating as usual .
The doors of the village hall already open. A large television is being carried in by two of the farmers sons. They both greet Sophie who seems to have been christened ' Miss Fluffy '. From the number of seats being set out it looks as though many of our neighbours will choose to view the ceremony 'communally'. The order of service has been printed out and placed on each chair. Part of the music will be the mysterious 'My soul there is a country far beyond the stars ' :https://www.westminster-abbey.org/media/15467/order-of-service-the-state-funeral-of-her-majesty-queen-elizabeth-ii.pdf . After the funeral the catering committee will provide sandwiches, Victoria sponge and the last of the strawberry farmers crop. Most towns and villages will gather in their local church to watch the ceremony but here the village church has been sold to a Dutch couple who have converted it ( well and sensitively and expensively ) into a bijou residence .
Angus has brought back from France a particularly good bottle of champagne   - we will probably stay at home to watch the event and then join the villagers a little later.

The BBC's live feed to the lying in state finally finished. The last mourners have been and gone. I thought a live feed showing people filing past a coffin would be way over the top but watching reactions has been mesmerizing. Some bow, some curtsy, some cross themselves, some do nothing. Some look bored, others are caught up in the moment. Younger folk blow kisses, others mouth 'thank you'. Farewells are as unique as finger prints. 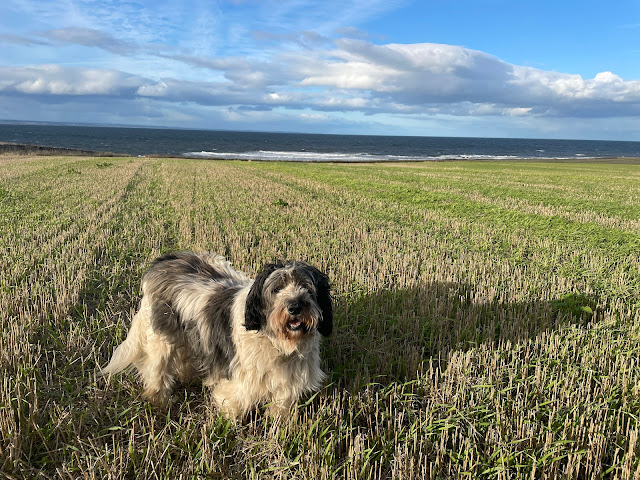 The farm shop and 'Click and Collect' are open until nine. Angus notes a most peculiar flavour of chocolate on the shelves. This may be a taste 'too far'. 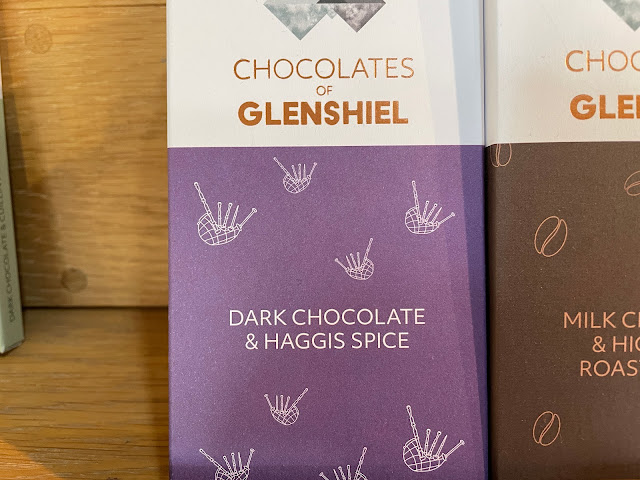 This morning we again opt for a pain au raisin to go with our coffee. I've ordered a single espresso but have to ask for it to be done again. The first cup comes out with barely enough liquid to cover the base of the cup. 'It's supposed to be like that ' says the young lady behind the counter. 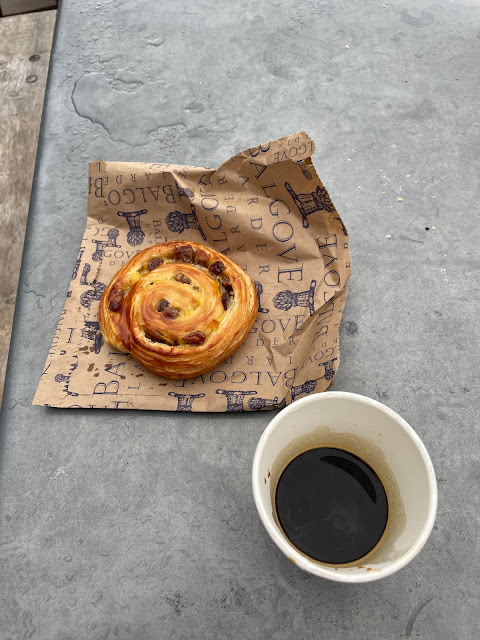 The pumpkin patch enjoying the sunshine. 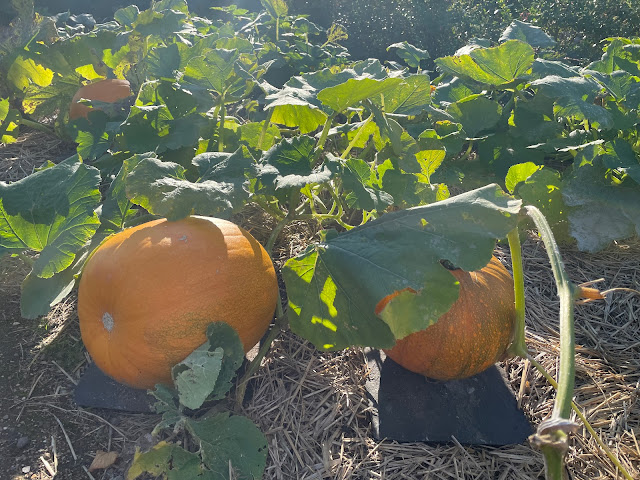 Hard to beat a good home made Victoria sponge. Certainly preferable to the haggis/chocolate offering.
Reading the order of service for this morning's funeral brings back memories of both my parents' funerals. For my father's funeral my mother chose the hymn 'Love Divine, all Loves Excelling' then left the rest of the musical selections to me. After the service she complained that the tune used, the same as will be sung in Westminster Abbey was the "wrong one". For her funeral I rectified the error and made sure that the version composed by Rowland Prichard (which was the one we always sang at school) was played. I hope those in charge today know which version the Queen preferred!

Hari OM
...Angus and Gail - if at all you enjoy chocolate with chilli (delish!), then the spices of black pepper and clove and such ought to be every bit as appealing? Or did you just get stuck at the word haggis...

As for the other - I'll be otherwise engaged. The Edinburgh end of it all was sufficient, ta. YAM xx

"Farewells are as unique as fingerprints." the best line of the week, thank you!

No to the chocolate from me. Watching the funeral here in New Zealand too. The queue was mesmerizing and often made me teary.

Thank you for the order of service. So interesting to see who all the participants were. Watching the magnificent and moving ceremony despite the early hour here. Truly awesome .

I did get up a little earlier than usual to watch the funeral. I am very glad I did. The service at Westminster was quite wonderful - very moving. No one was long-winded. The Archbishop of Canterbury's sermon was a masterpiece. Fantastic music. How did they manage to get so much into ONE hour? And the service at St George's so poignant.
I agree "Farewells are..." captures the day, actually the week, of people watching.

I too was captivated by the live feed.

But to be there was very different; a moving and special experience, the effects of which will linger a while yet. Westminster Hall is a beautiful space.