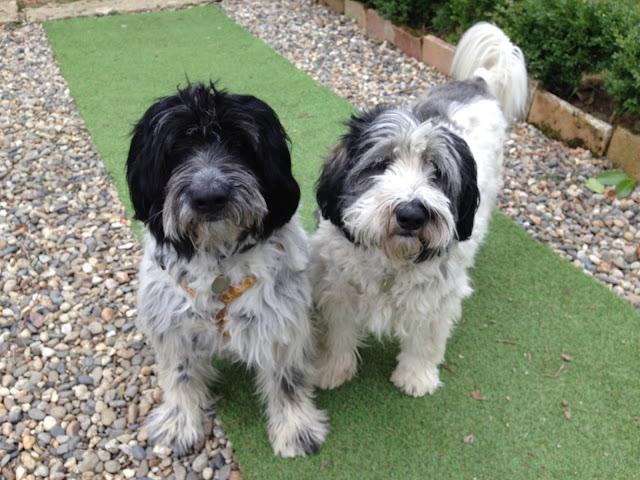 Monday morning. Bob and Sophie make it plain they're full of energy and ready to 'mix it up'. When I explain it to them they seem relaxed over the best picture confusion at the Oscars. 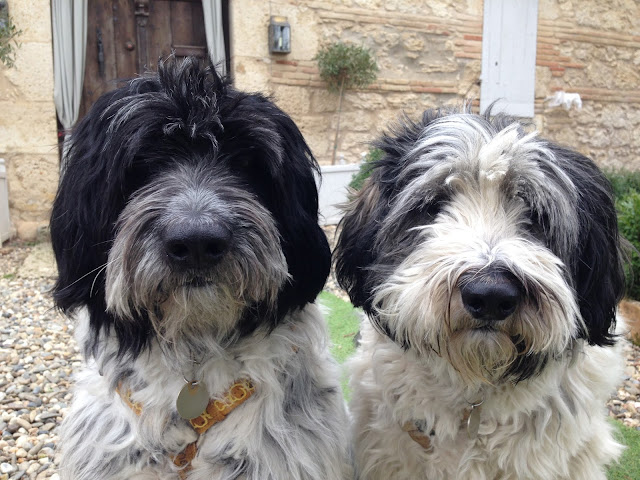 We head off to the early opening garden centre. The storm has done for the orange and lemon trees on the terrace. Replacements are required. The examples we find have that curled leaf look that tells you it's a national chain where no one's responsible for looking after the products. We'll buy them from the man in the market. 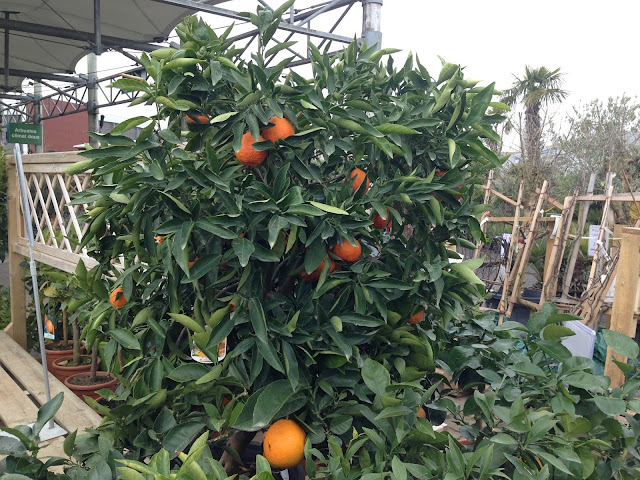 A dog washing machine has been installed by the front door. 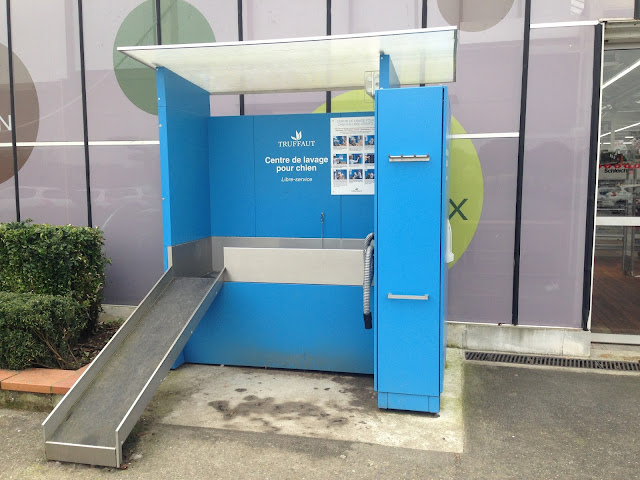 Angus reads the instructions. The thought of walking Bob up a ramp, settling him down on a stainless steel tray, tying him up and expecting him to sit still why he's washed and blow dried beggars the imagination. The probable presence of shoppers with hyper-active children makes this flight of fancy even less likely. Both dog and owner would need a prescription strength sedative if they were to try it. 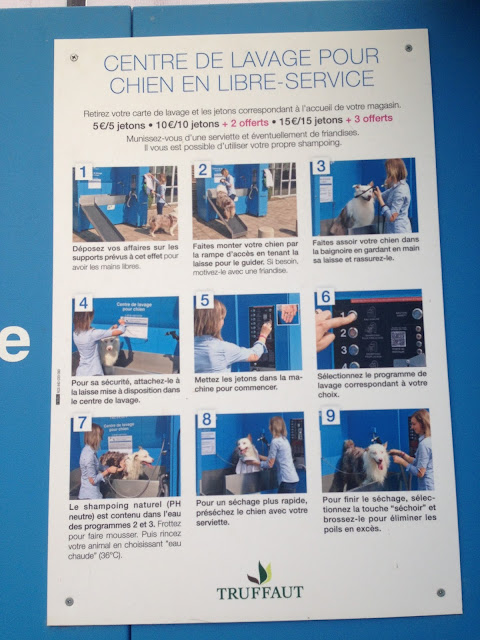 Ha! The sedative is needed before the bathing in one of those contraptions!! Our Goldie loves a shower at our place because we use our ensuite, with its walk in shower, calm water and Oatmeal and Chamomile dog shampoo,,,, followed by numerous towels to dry her. Finishing with game of running around the house and rolling on the carpets....

It's pretty obvious that this contraption (good description Virginia!) has been designed by someone who has never tried to wash the family dog ! Might be useful for washing children though.... Perhaps you and Bob could give it a try Angus, but take the sedatives before !
Yes, the PONs look ready for mischief - wonder who, or what, will be their target today? Will the morose builders lads, plumbers and short-sighted, long suffering Loic be at the ROF?

The dog washing station is hilarious! How does the owner manage not to get soaked as well?
It reminds me of the scene in the movie version of "Far From the Madding Crowd," when Bathsheba (Carey Mulligan) helps to dip the sheep.

Oh yes, as pointed out above, the essential element of the post soak roll on the carpet is missing!

PS I would be sorely tempted to hang around and surreptitiously film any dog owner foolish enough to attempt the process with their beloved pet ..

Moonlight, a truly local Miami film, was my favorite, so while astonished at the mix-up, I was happy at the result. The little restaurant in the last scenes is enjoying an uptake of traffic as people rush to sit in the booth where the conversation was filmed...much like what happened at the famous Harry Met Sally lunch table. So glad you explained to the Bob and Sophie. I had to do the same to Just Harry!!!

Perhaps you have to take your own carpet !

Bob and Sophie looking stunning on the green carpet!

I can’t imagine Millie being led up that ramp to be bathed without a major battle.
The idea that she would sit patiently in the trough while being hosed is amusing, too.
Can that be a real dog pictured in the instructions? Perhaps a large stuffie that can be posed?

Perhaps it's a well behaved breed shown on the instructions. Certainly not a breed we've ever come across and most certainly not a PON.

I should imagine it would need to be a show dog, used to being pampered.

The first dog wash I saw was in Ireland. We had pulled the car off the road to consult the map. When I looked up there it was, next to the car wash! All my pictures of it are blurred because I was laughing so hard, I could not steady the camera!