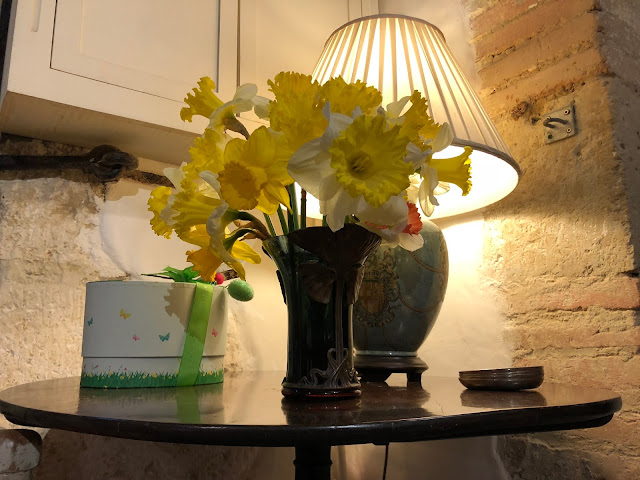 The year moving into top gear. March ending with a flurry of activity.  Fresh flowers appearing in dark corners of the house ( collected from the garden every morning after they've been knocked down by inquisitive badgers ). The weather warmer, borderline hot. Certainly no need for a duvet which can be stowed away until autumn. Most tellingly, the wisteria coming back into bloom.
Still no indication of when we'll get the vaccine. 'The Font' calls the pharmacy and the medical centre twice a week to remind them of our presence. All the local rental houses are full. The little 24/7 store car park full of Audis with Ile de France  plates. Usually the area sees an influx of Brits and Dutch for the Easter holidays. This year it's Parisians who have taken the houses on  long term let.
For the first time this morning there was criticism of the government on the national  radio breakfast programme.  A doctor said that ICU beds were all now full.  She went on to say that the country would soon be suffering the 'Lombardy effect' -  a term I'd not heard before. It's that point all politicians fear when patients have to be treated in corridors because the wards are full. 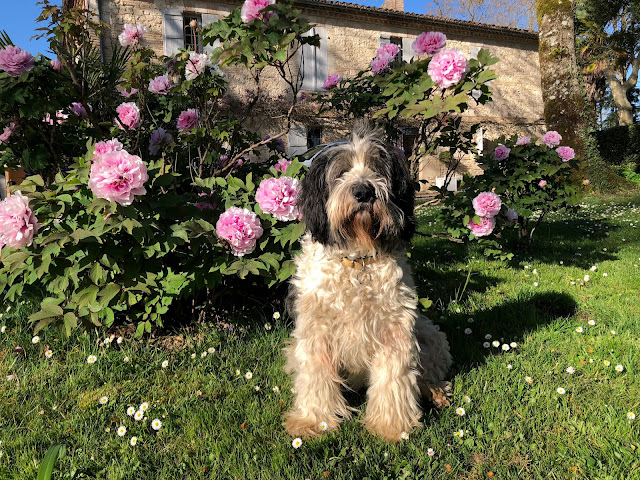 Angus gives the planters at the front door a fresh coat of  paint. He then power washes the terrace and cleans the outside tables and chairs. Umbrellas are brought out of storage.
Sophie sits in the half shade of the peonies and observes everything that's going on. Being a diva she's happy to supervise . With the mercury rising it will soon be too hot for that long , leisurely afternoon walk. 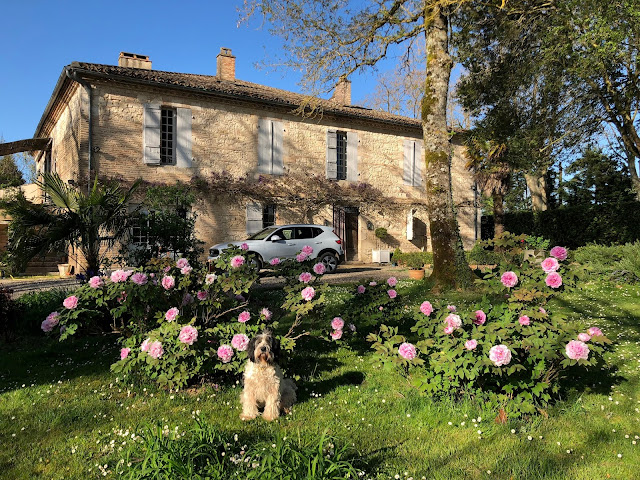 This made me chuckle ( although his English accent would raise eyebrows in London ) :https://www.youtube.com/watch?v=H1KP4ztKK0A

Chicks learning the worm grabbing move from their mother :https://gfycat.com/orderlyvigilantleopard