Each moment is the fruit of forty thousand years. 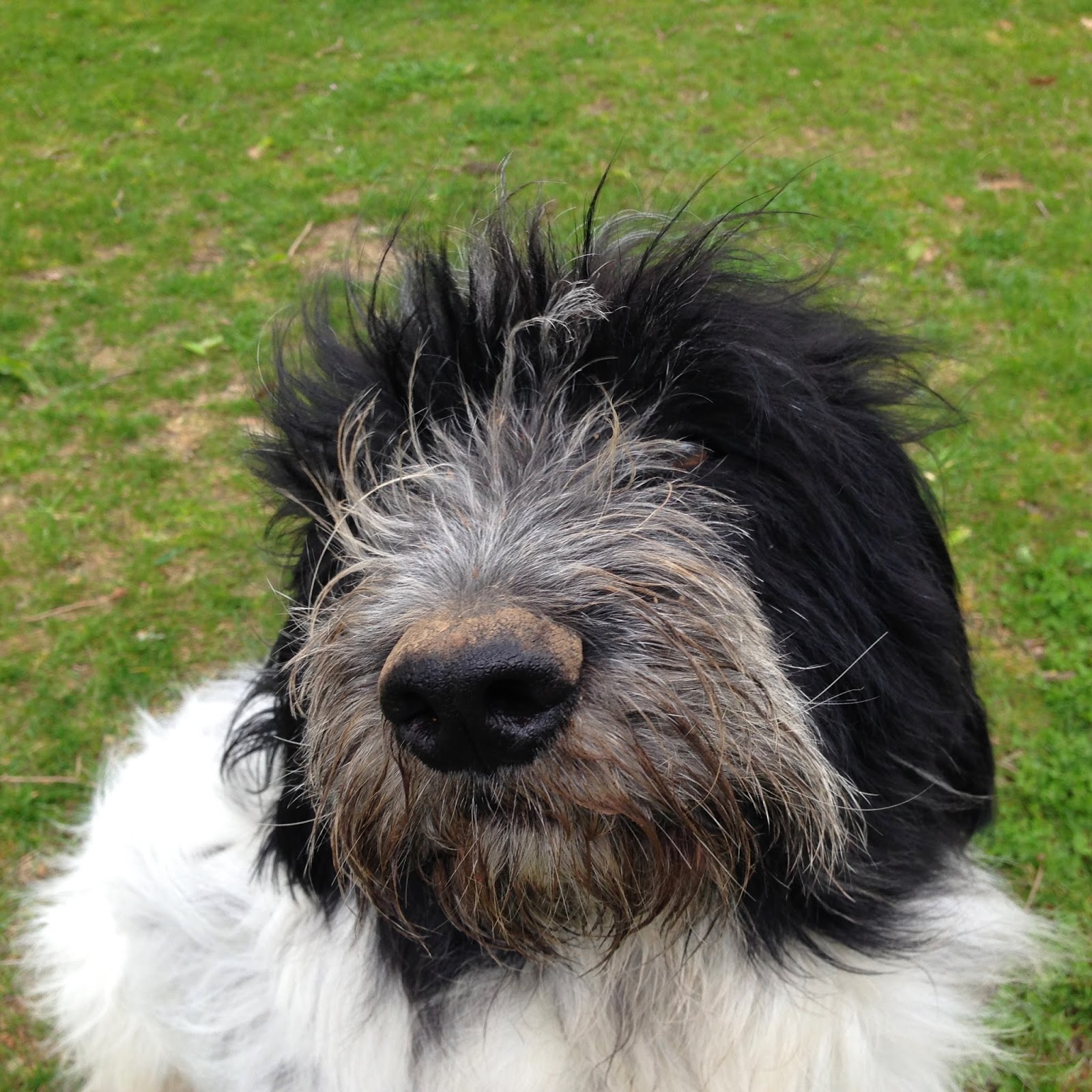 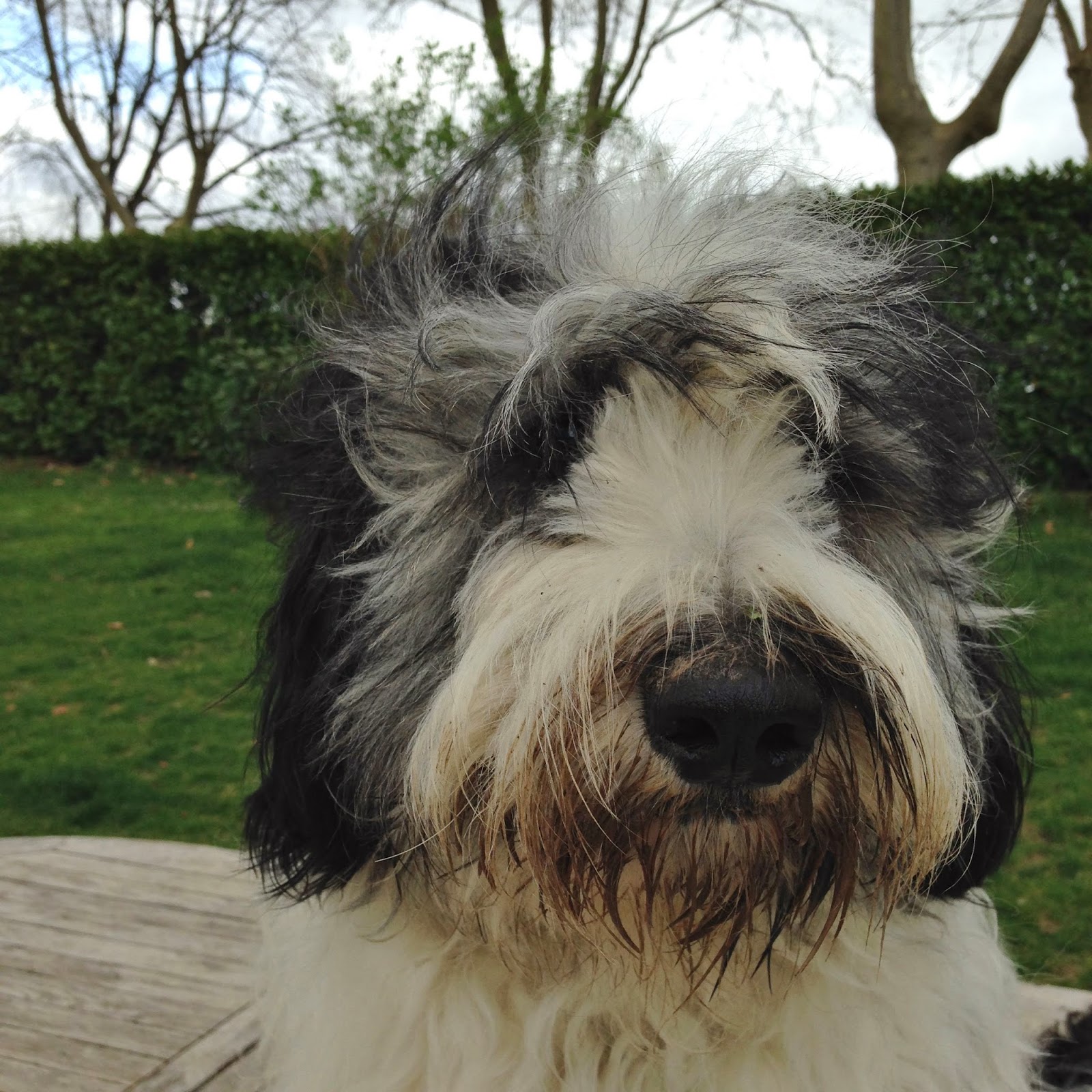 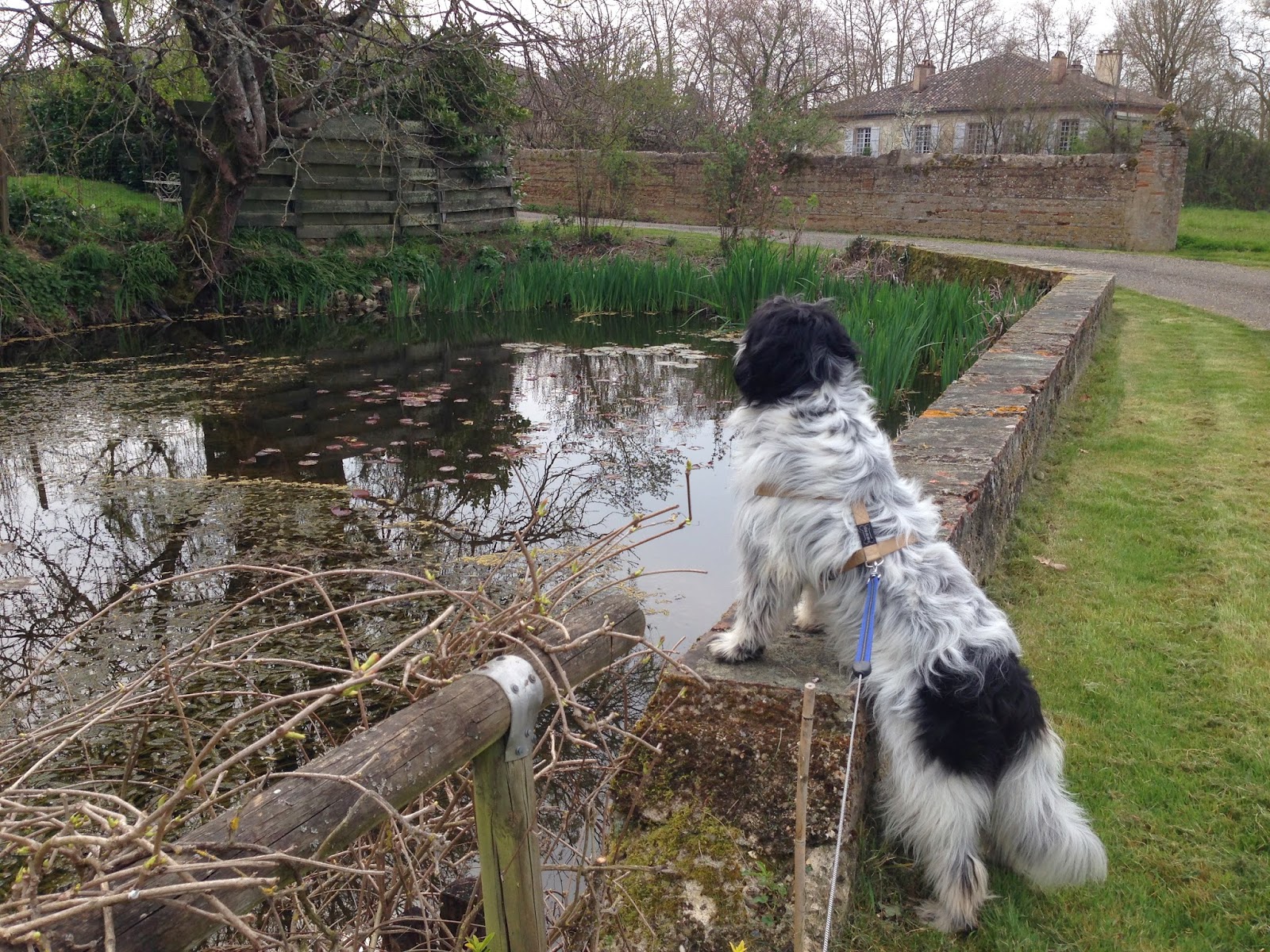 The long, uninterrupted, spell of sunshine turns to grey skies and a feisty hail storm that lasts all of half an hour. Bob and Sophie are intrigued by the hail storm. First they want to go out in it. Then they scratch at the door wanting to come in. No sooner are they toweled dry than they want to rush outside again. So it goes on. Our patience with this game is exhausted sooner than theirs.  The hail brings out long hidden scents and makes the soil much easier to dig . The PON's are delighted.

An unexpected discovery. In a cupboard in the upstairs hallway an old battered  paperback. ' I have something to tell you ' by Thomas Wolfe. The book, which had him banned in Nazi Germany, ends with these rather beautiful words : "Losing the earth we know for greater knowing, losing the life we have for greater life, leaving the friends we have for greater loving and a land more kind than home, more large than earth ".

William Faulkner thought Wolfe was America's greatest author - 'there was a stamp of greatness upon him '. Is he still an author that is read or is he now 'unfashionable' ?

I think that Thomas Wolfe has all but faded from view. It used to be that the names Hemingway, Faulkner, Fitzgerald and Wolfe were all together. But that sadly has changed and I don't think you will even find a copy of any of his best known novels in a bookstore -- I was never assigned Wolfe in college and I will admit that I've only ever read his book "Look Homeward." -- Mine and everyone's loss.

I confess to ignorance of Thomas Wolfe, but am adding him to my 'random recommendations' list.
Cheers,
Gail.

Your probably right. Most people would probably think of Tom Wolfe of Bonfire of the Vanities fame. Thomas Wolfe I see from Wikipedia is down as North Carolina's greatest author.

Yes. I've read him. At school so I didn't enjoy it. Not America's greatest writer but he might have been if he'd not died so young and unexpectedly.
Helena.

Tend to agree with Helena. Had he not died so young, and so tormented, he might have written more and developed. As is, he's not widely mentioned these days, but in our MTV world there's increasingly less mention even of Faulkner, who requires some effort to read under the best of circumstances. And a lot of people know Fitzgerald only by the rather bad movies made of his books.

I do like the juxtaposition of the quoted ending with Bob's muddy nose and that wise, all-knowing brown eye peering out from the scrim of fur.

Several years ago I suggested Look Homeward, Angel for our next book club read. I loved it, but was in the minority. Beautiful, lyrical writing. But out of time for some. Have you been to his house in Asheville?

Rhapsodical is the word 'goodread' use to describe him. No wonder he's disapearing from sight .

No. But I shall make sure we make a detour through Asheville when we're next in Raleigh.

It must have been so much fun for Bob and Sophie in the hail shower.....nothing phases those two.....the muddy noses are simply beautiful.

Thomas Wolfe - on my to read list; heard of him, haven't read. The muddy noses and fur made me smile; my foster Dachshund, Angel, is digging trenches in my field - either for moles, fresh earth, or a WWI anniversary monument. She, too, has a dirty nose.

From Raleigh to Asheville is a bit of a detour (about 4 hours depending on where you start and stop). However, Asheville is a nice town and is the home of the Biltmore Estate, which is worth the trip itself!

Which of his books is your favourite?

I've been an avid reader since childhood, but haven't read Wolfe, though I have nice hardback copies of Look Homeward Angel and O Lost in my modest library; I'll get to them one day :) Yes, definitely see the Biltmore in Asheville if you have a chance - a full day at least to see most of it, two days to really see the house AND the gorgeous grounds. One of my favorite places - I go about once a year, never tire of it...