He that can have patience can have what he will. 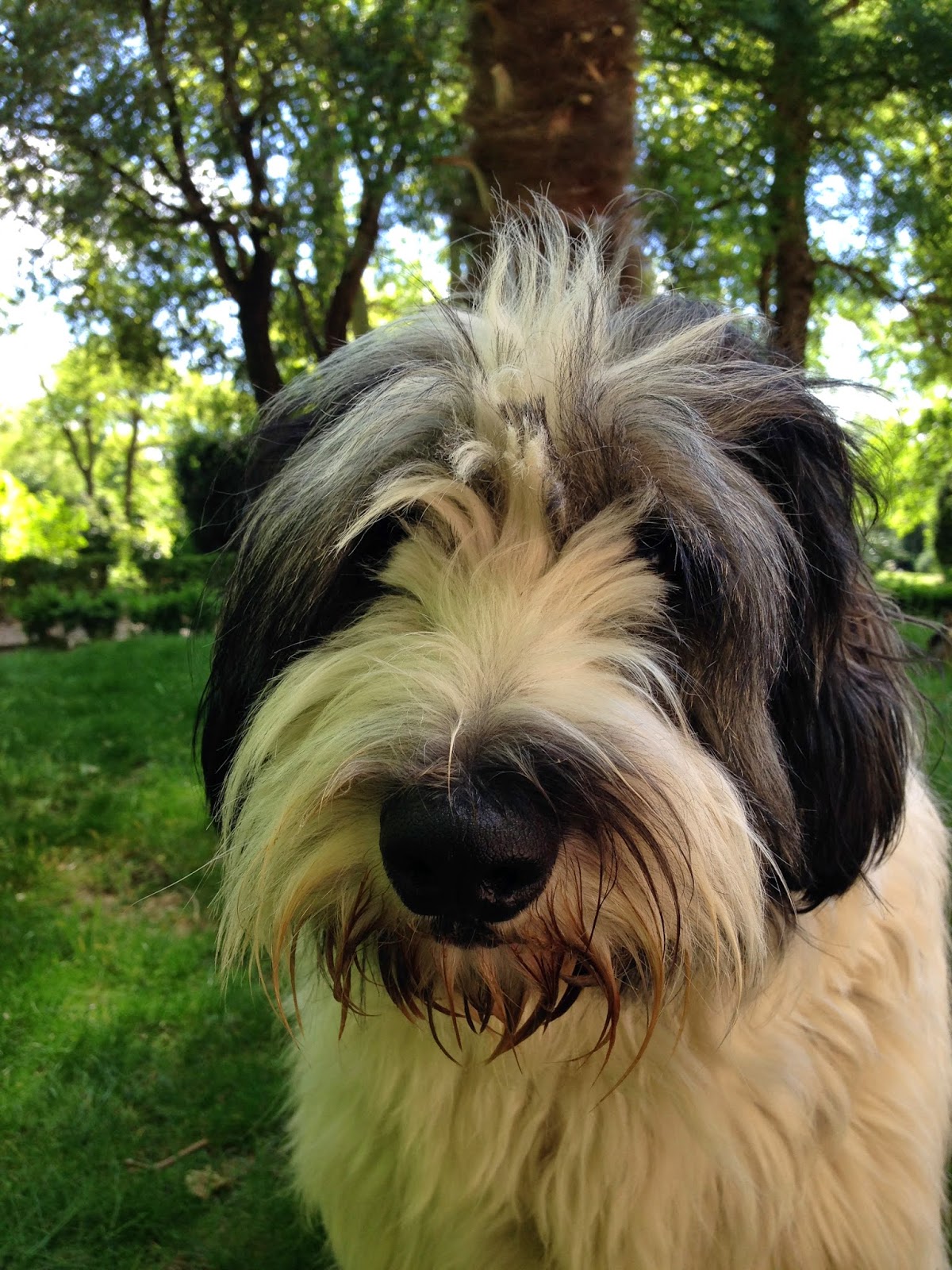 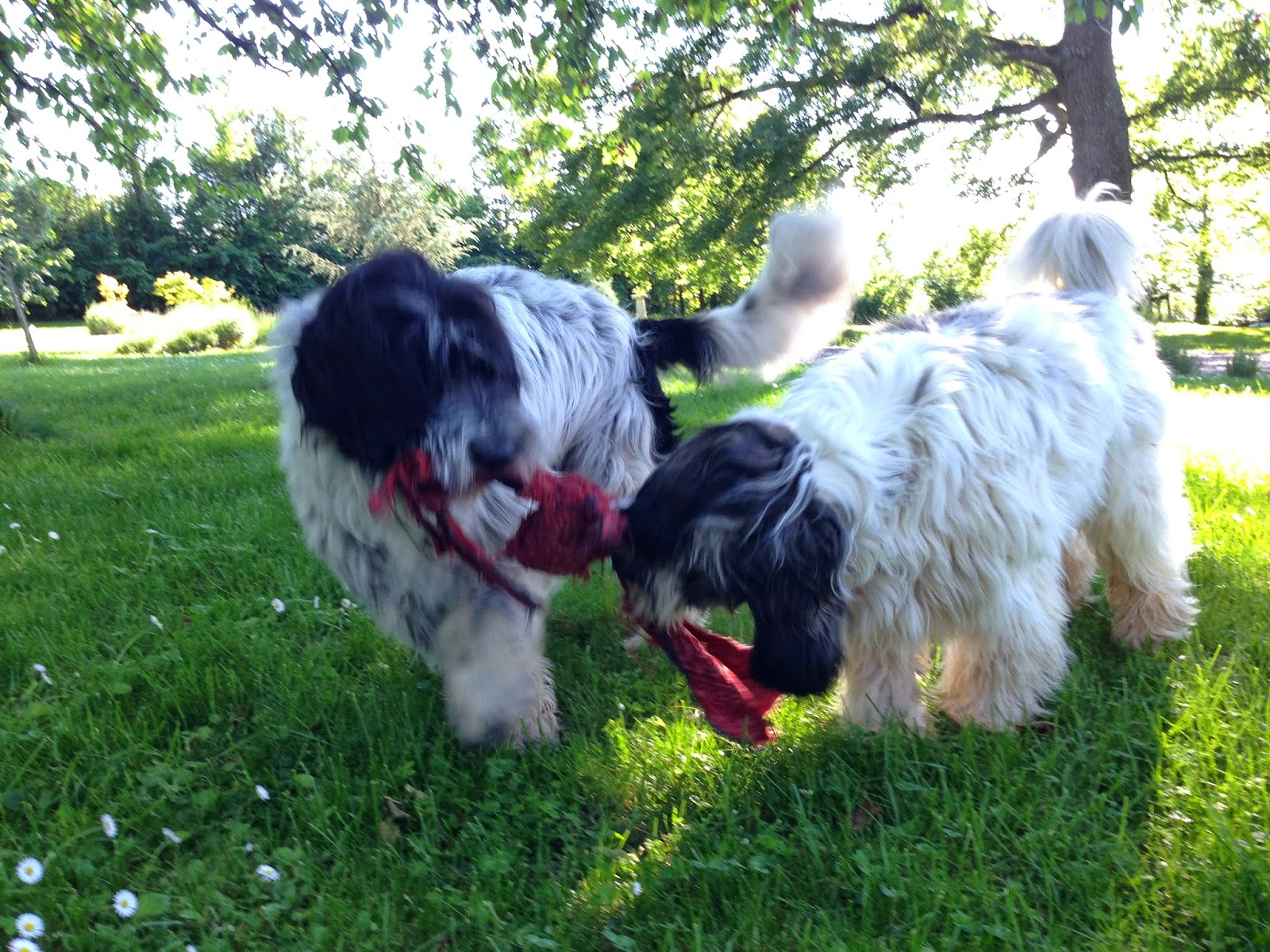 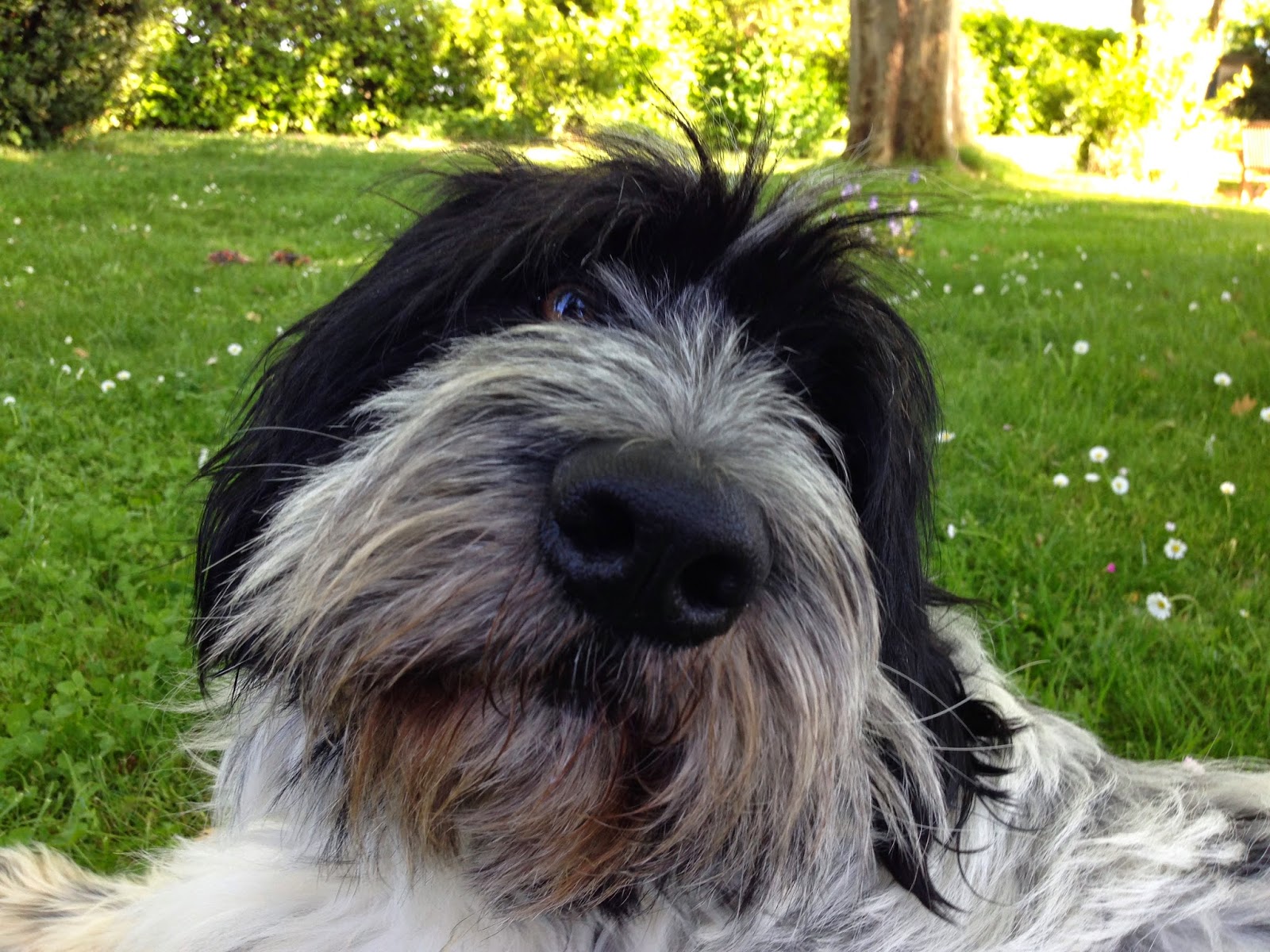 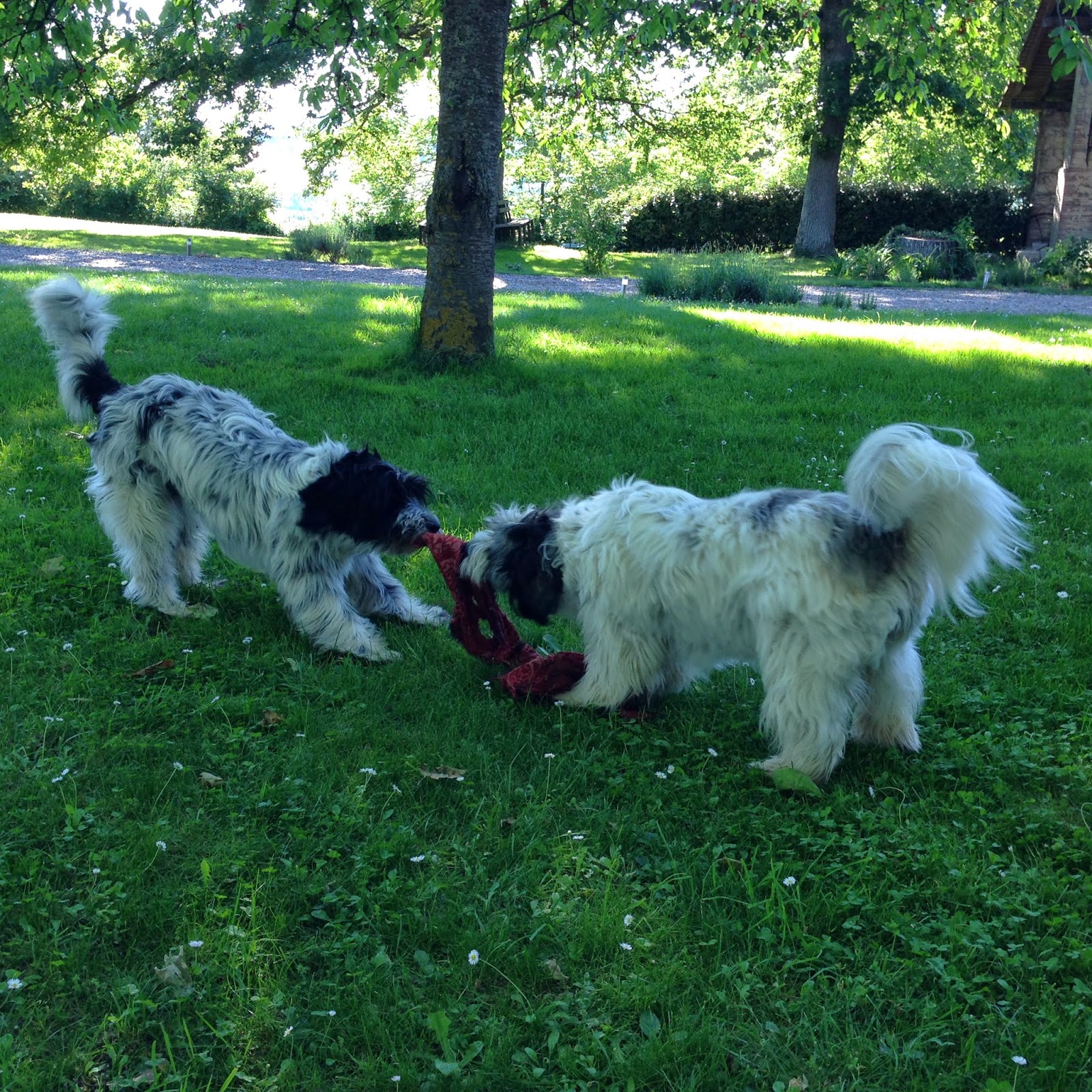 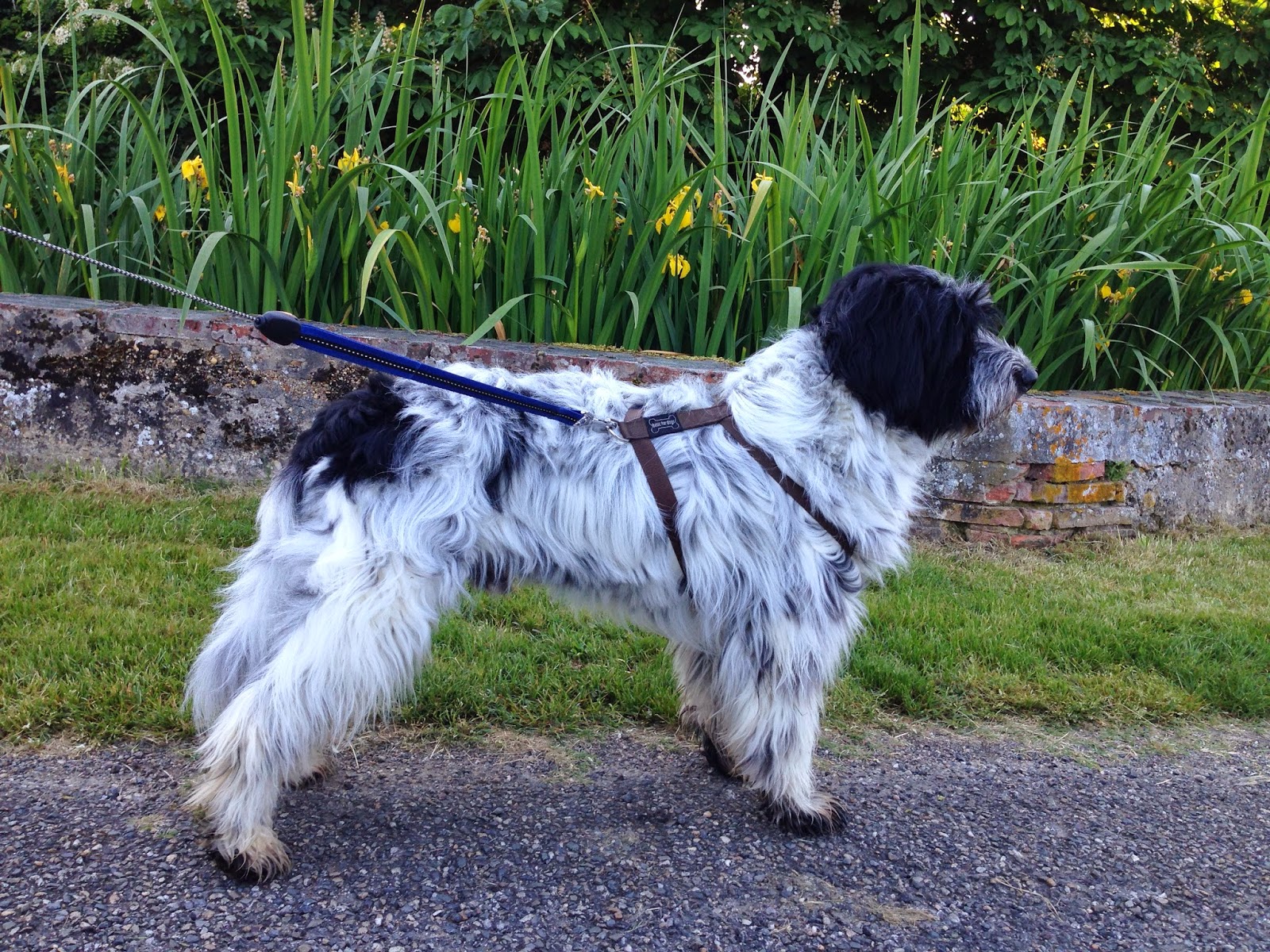 Free advice for French bank managers. When asked why the bank is sponsoring a hunting association that allows dog beating - use your Public Relations training. Pretend to be interested and say : 'I'm horrified. I shall look into it straight away and come back to you ". The foreign mad person across the desk will then be satisfied that something is being done and go. Job finished.

However, do not under any circumstances use the following responses :
These are the equivalent of pouring benzine on a smouldering fire. Not a good idea.

This morning 'the font' is buying ten shares in a French bank. This is enough to ask questions at the next annual general meeting. A hand written letter is being sent to the Chairman. 'The font' thinks that no one ever writes by hand these days so it may, just, get onto his desk. Getting head office involved may not stop the dog beaters but they might think twice, or at least look over their shoulders, before doing it again.

Bob and Sophie spend a pleasant day noisily savaging one another. Sophie discovers the windfall cherries.

Thank you Mme Font for not letting this go.
Lovely close-ups of those noses.
Watch the cherry stones young Sophie!
x

Well done again to the font and best of luck with the ongoing campaign.
Although I admit I am not entirely sorry to learn that there is some corner of a foreign field that the dreaded PR industry has not penetrated..
Cheers, Gail.

I'm with 'the Font'. Is there not a Cruelty to Animals set up in France?...(ummm typist thinking, probably not).

Go the font again! Show them that cruelty to animals is NOT acceptable!

A campaign! How splendid. Well done the Font.

Bravo to the Font...a woman to be treated with respect! Please tell us the Chairman's address so your blog followers can swamp him or her with letters containing our thoughts on the matter.

Hip, hip, hooray!! Let's hear it for the Font--a girl after my own heart. I hope she is able to find a sympathetic ear among the bank bureaucracy. I especially like buying some stock in the bank to obtain a "voice" at the annual meeting. Please keep us informed of her progress. Teo de Severna in Maryland

Banging one's head against the brick wall of ignorance and the cruelty that usually accompanies it, is not for the faint of heart. But thank God for the font who won't turn away because the challenge seems overwhelming! Ignorance is usually self sustaining, but somewhere there has to be a crack in that brick wall that at least allows the light of disapproval to have an impact. The font is a true life HERO!! From the US, so very much admiration and respect for her....DBH

I think the bank manager was very rude to the Font...some of his answers were uncalled for....especially the last comment. I take offence to all of them but that one got my goat. A complaint needs to be laid for him as well.
I admire the Font even more...I myself would not have thought of buying ten shares so I could have a voice at the next annual meeting...good thinking Madame Font.
It's when we sit and do nothing that nothing is achieved....go FONT!!!!

'the font' get my vote. Good for the both of you to stand up for those who do not have a voice. I would do that exact same thing. Nothing else makes my blood boil more than animal cruelty.

Brava to the Font!

After reading each response, my blood pressure raised substantially! Being Swedish myself, I'm certain the bank manager will soon learn that he pissed off the wrong lady!

The font rocks! Here is Langley British Columbia, a dog walker left 6 dogs in a truck on a hot day. All six perished, however, she reported them stolen and a huge investigation and search ensued. A week later owners were sadly informed of what really happened.
So hat off to your lovely wife for doing what is right.
Cheers, shelagh

I'm glad she is doing this.

If a man can treat dogs like this then one has to wonder how he treats those in his immediate circle. The font can't change a culture but a least, as the bank manager was reminded, France is in Europe and there is a European way of doing things .

People who abuse animals often advance to beating children and women and then firing guns into crowds. Perhaps the bank manager should be made aware of that.

And like the others, I say Yay for 'the Font'.

I, too, would be happy to write a complaint to the chairman or the board or wherever it might do some good, and I'd be glad to buy a few shares in whatever that place is and give her my proxy to vote next time.

Bravo to The Font! I think the bank in question should be named & shamed...there are a lot of British people with French bank accounts who might think about moving elsewhere if 'their' bank supports this despicable attitude. Suzi

Never, never be afraid to do what's right, especially if the well being of a person or animal is at stake.
Society's punishments are small compared to the wounds we inflict upon our soul when we look the other way.
Dr. Martin Luther King
Civil Rights Leader, Humanitarian,
Nobel Peace Prize recipient '64