Time cools, time clarifies, no mood can be maintained through the course of hours. 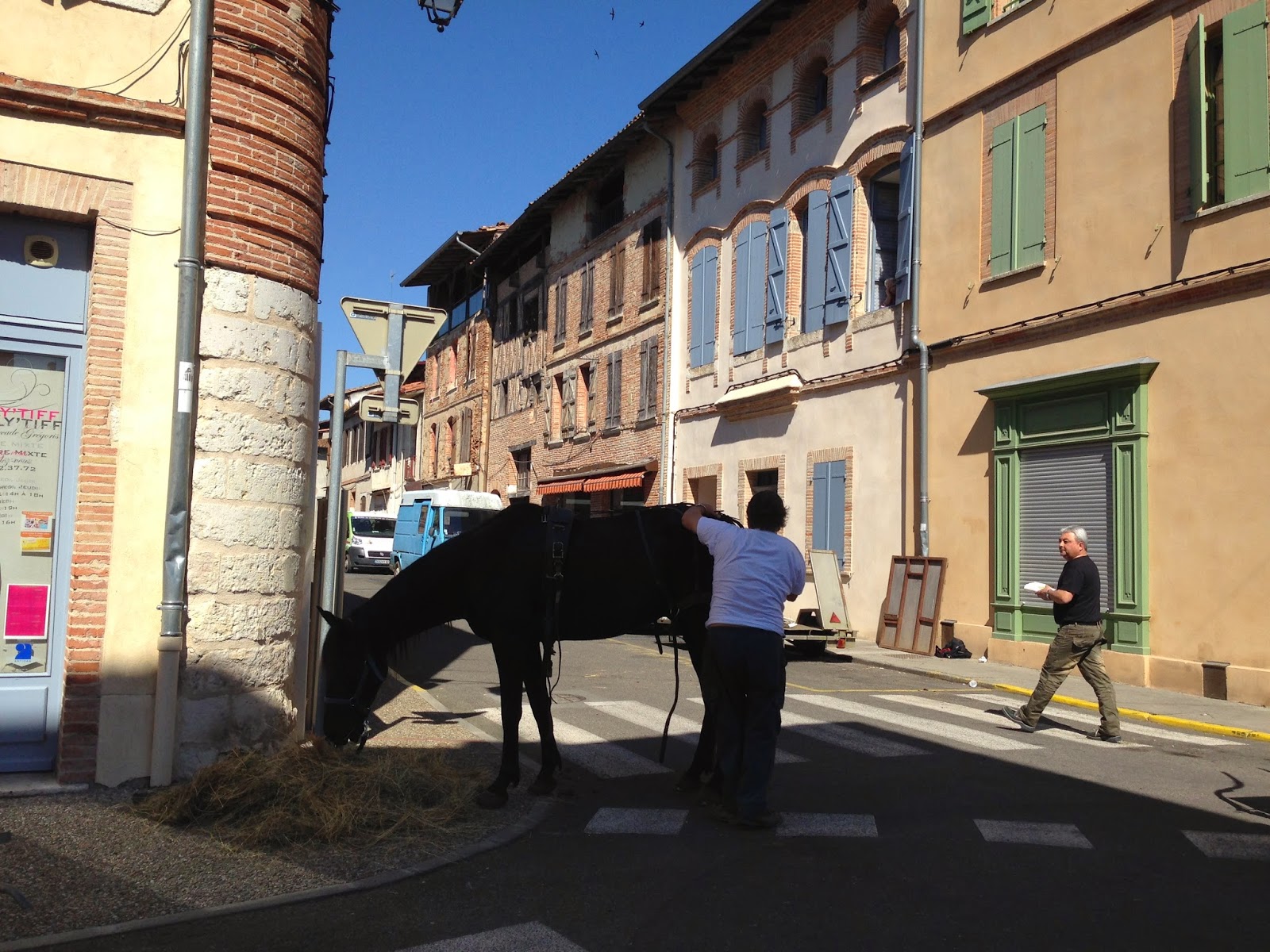 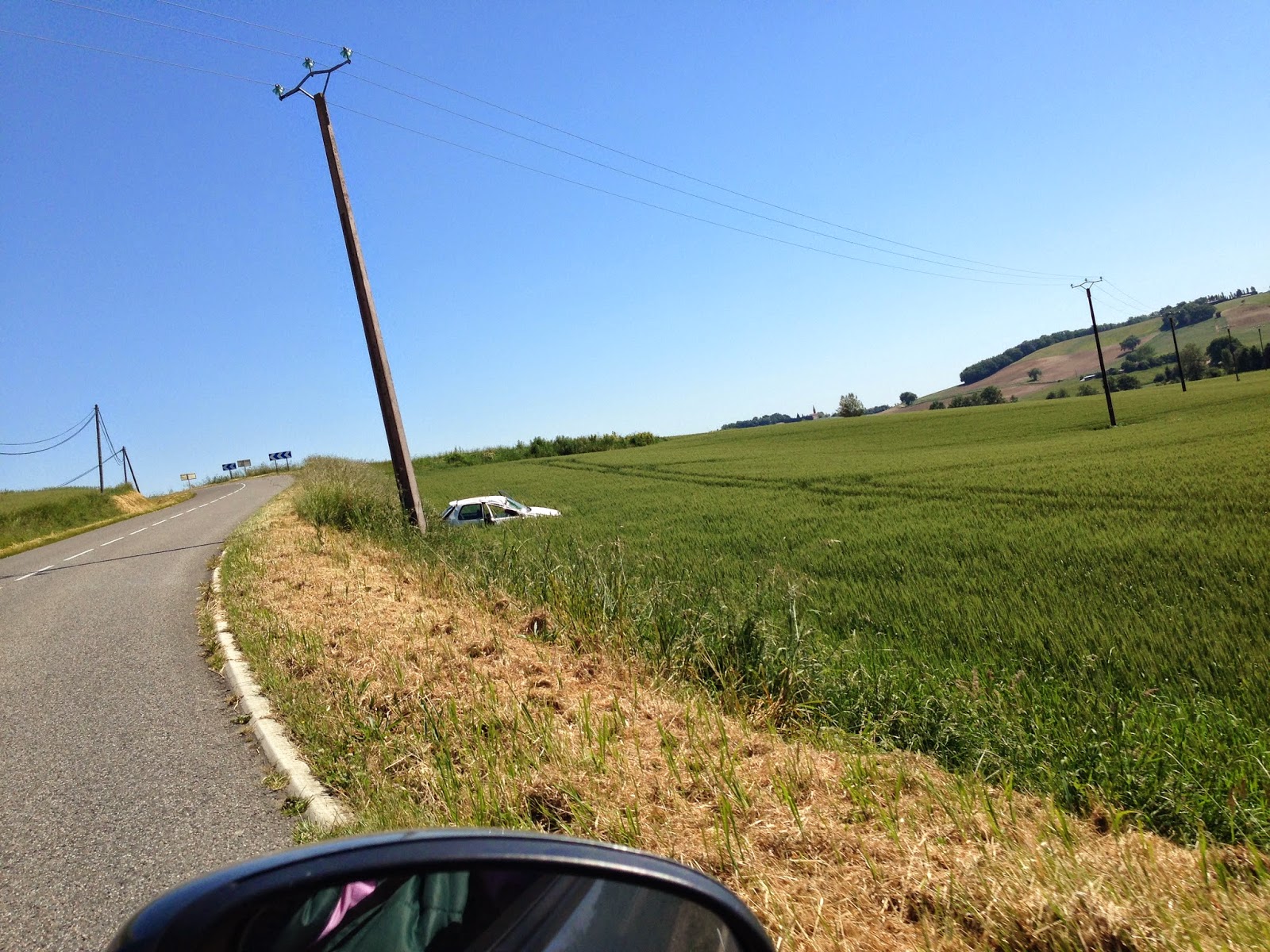 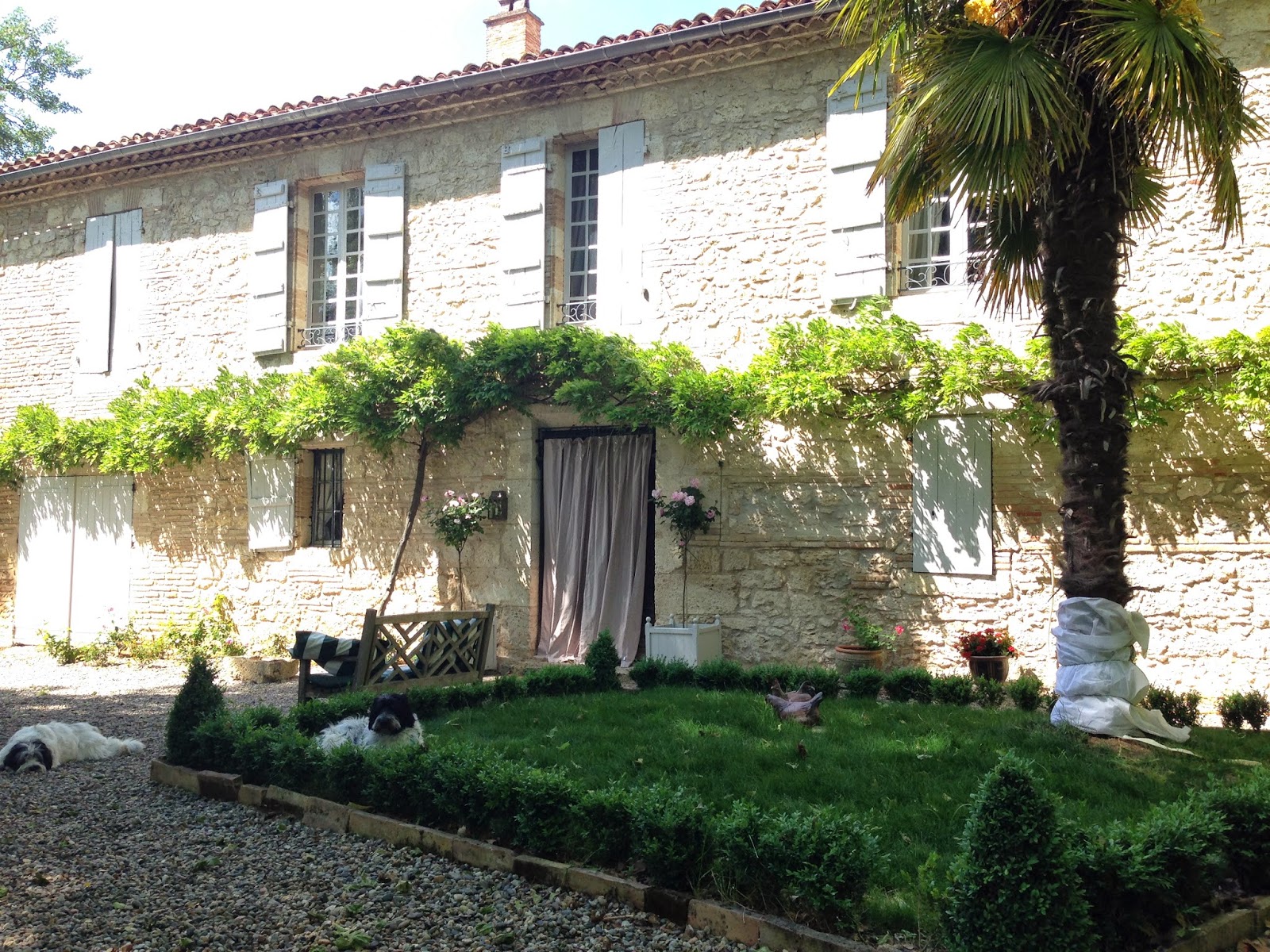 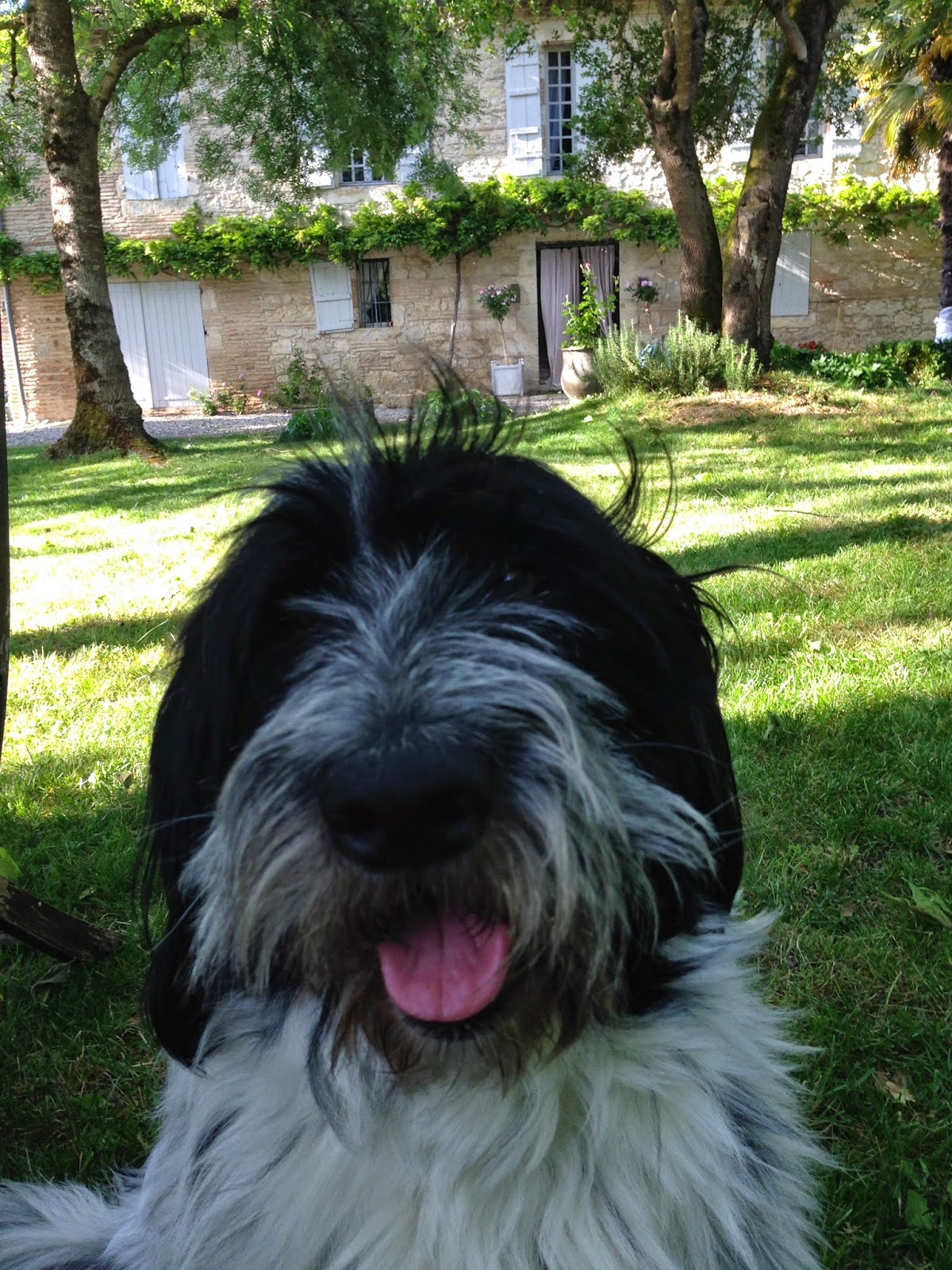 By the cafe under the arcades a man grooming a horse. The horse munches happily away from a pile of straw on the pavement. The beer and absinthe crowd are too engrossed in their pre-breakfast libations to notice. The horse is still there when we head home after the PON's illicit half croissant. Bob and Sophie watch in silent awe. Bob is wearing that " Blimey ! It's enormous. Wouldn't want to argue with that " look.

Two car wrecks on the road outside the little market town. Heartbreaking. The ritual Saturday evening culling of teenage French boys. 1990's era fast cars, binge drinking and testosterone a recipe for trouble. There was a time when they drank wine, now its spirits. Saturday night the time for 'partying'.

'The fonts' hotel in London staffed entirely by Spanish. There used to be enthusiastic Polish youngsters behind the desk and in the restaurant  but with youth unemployment in Spain touching 54% the Poles have been replaced by eager Madrilenos. All are charming and speak perfect English.

Bob and Sophie have a good day racing round the garden ensuring that the field boundaries are where they were yesterday. Happy days.

Sorry about the wrecks!

Yes, that is terrible about the teenage boys. Bit I love the horse being groomed in the street.

A horse in the middle of town. Love it! We seem to have the Saturday night binge drinking accompanied with violence.

Many of the French youngsters seem to have better self control with alcohol than their British counterparts. It is tragic if that is being lost along with young lives.
Unfortunately our little hameau has experience of this. The eldest daughter of our retired farming couple was driving home with her two children in the back seat. There was a head-on collision between her car and another with a young man driving. She died, the children survived. The sadness absorbed into every stone, of every house in the hameau. It isn't so keen now, but all inhabitants still feel it.

Have to say the the French youngsters have caught the Anglo-Saxon capacity to drink to excess. Here the concept of 'don't drink and drive' is alien. That's why we don't venture out after midnight onto the winding country roads.

Grooming a horse in the street sums up everything I imagine France Profonde to be, the drunken boy racers does not. Shame we've exported this habit.

Apple lives to see a horse. It has happened several times before, and she'll still to get over it.

Oh - I thought that car was parked in the field!

This time of year is usually full of sad reports about drunken accidents as school comes to a close, but so far we've been lucky this year.

Our dogs always have a similar reaction to horses, although Bunny still thinks she could take one down.

The waitress at the cafe says he's a pilgrim on his way to Spain. That leaves many questions unanswered. Where did he come from ? Why ? Where does he sleep ? Where does the horse sleep ? Life in deepest,deepest France profonde.

Sadly, we've not exported road safety admonitions to not drink and drive.

Guess that's why they're not Polish Lowland Horse Dogs !

A dogs sense of perspective is clearly a work in progress. Brave from a distance. Less brave when close up !

There are lots of Don't Drink and Drive ads here, but it doesn't help at all....road fatalities as a result of consuming too much alcohol is quite the norm...so unnecessary and quite sad.
I think my Brownie would bark at the horse but from a safe distance.