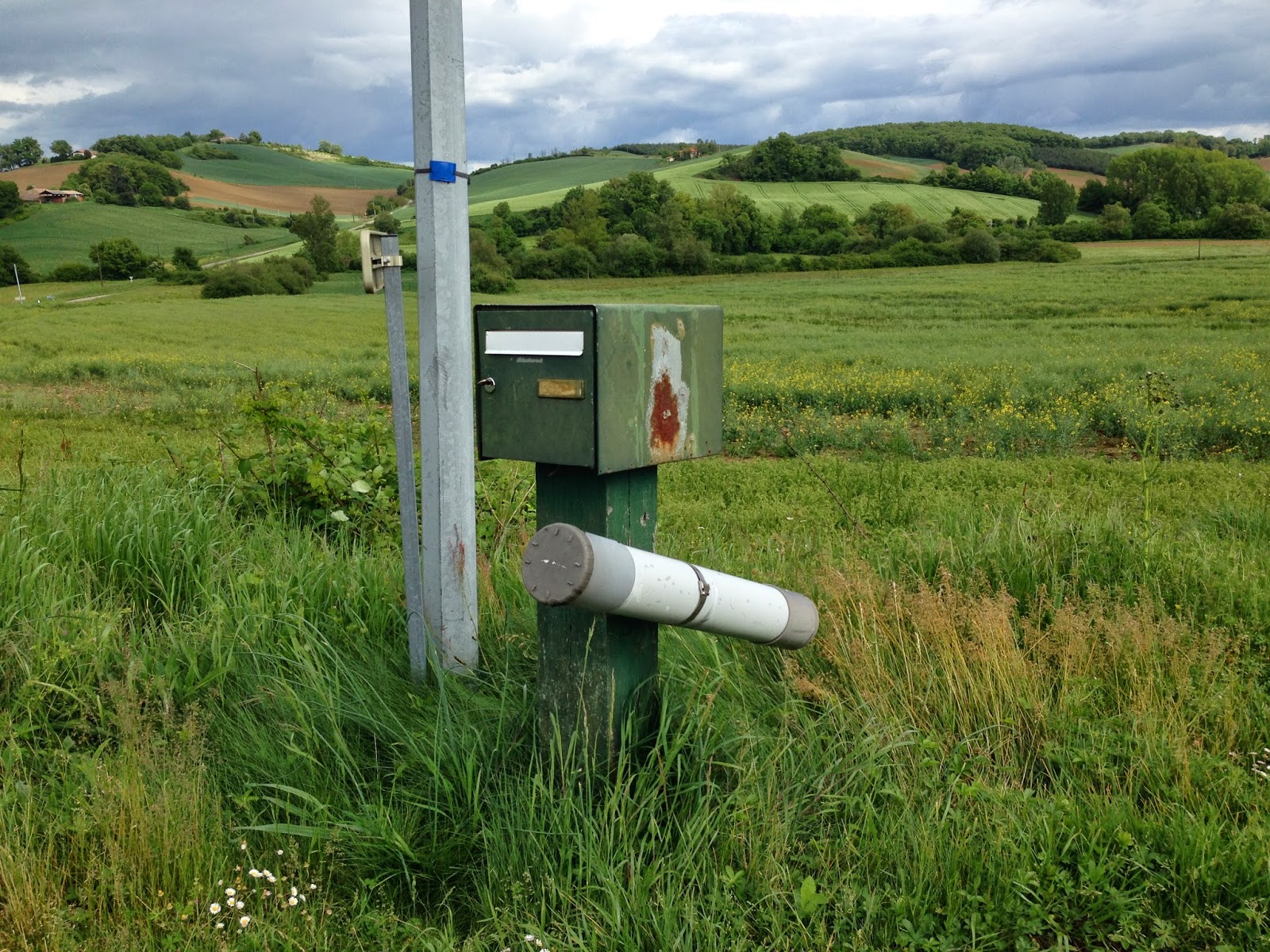 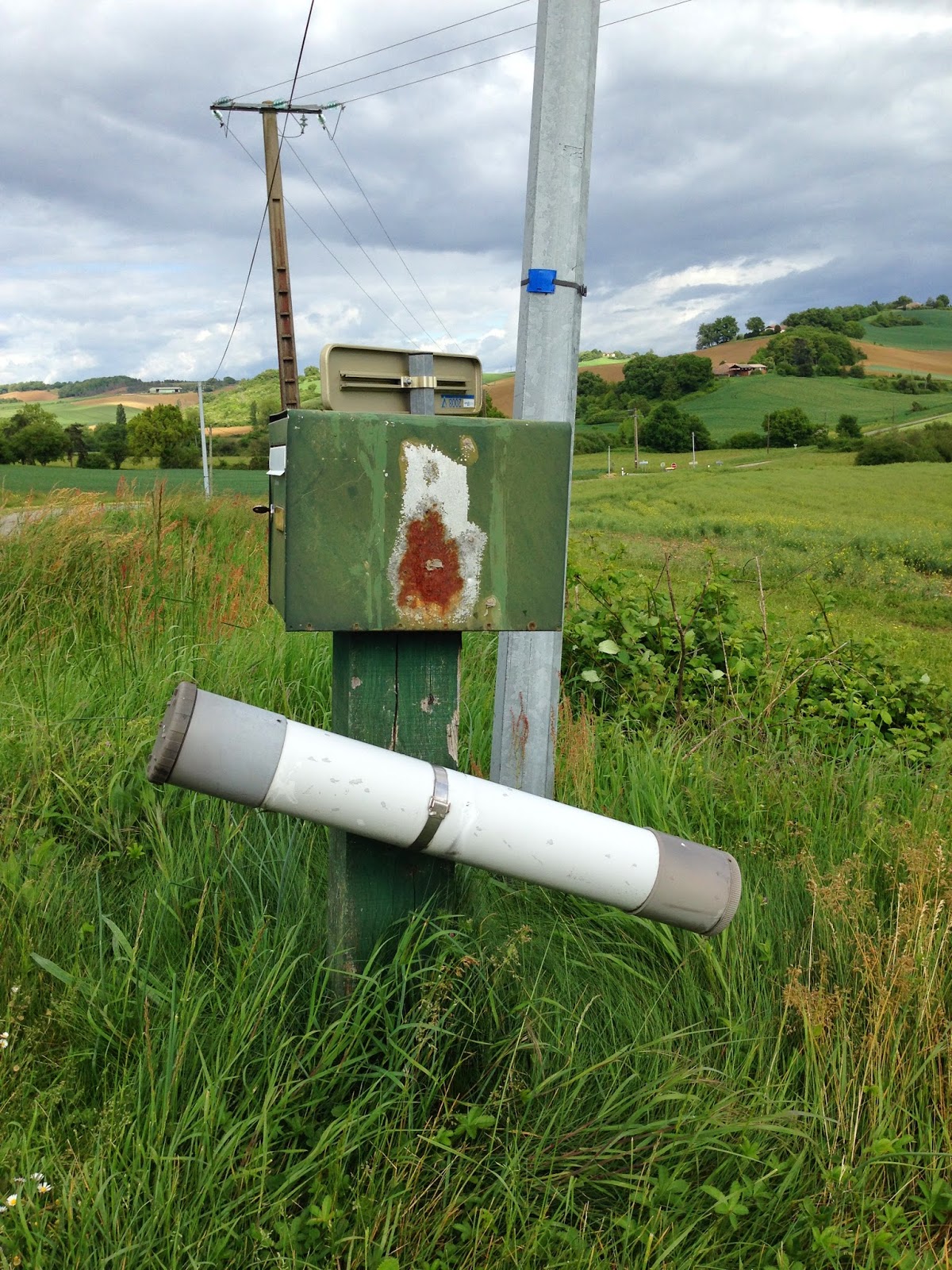 All our neighbours have one of these by their post box. Do you know what it's for ?

A cannon for shooting pilgrims?

Angels is correct. It's for a newspaper.

I thought rolled up newspaper too, but prefer the other suggestions!

My vote is with Anonymous. How practical to use a piece of PVA piping to hold one's daily bread.

I'd go with a keep-the-newspaper-dry device, but I suppose that if there is a bread delivery service in the area then a keep-the-baguette-dry-and-safe-from-marauding-PONs is also a possibility.

I think you need to open one and look inside--It looks pretty big, perhaps there's a bottle of wine with an obligatory baguette and a newspaper.

I am more concerned about the blu thing tied to the post - smartmeters? Checking the postman? Let us know.
For the second - definetly the Bagette delivery - twice daily???? Lol. Have a good time and caresses to Sophie and Bobby.

newspaper space so they don't get wet!

Newspapers. We have them here where the houses are set too far back from the road for the delivery man to make a throw near the house. Ours aren't so long, though and are usually horizontal.

I just love the unlikely but wonderful idea that it is for a baguette and a bottle of wine . If that's true I want to move to france more than ever before!

I love that you live somewhere where people still feel able to leave the key in their letterbox!

Kim's suggestion is good, but I'd like to think that maybe inside is two bottles of wine and some cheese! Hopefully you will post the answer to your quiz, and let us know if you are going to add one of these tubes beside your own letterbox. .

Ding Dong!! baguette delivery....
Amazing that hungry pilgrims don't help themselves as they travel along.