The thermonuclear device and the banshee scream. 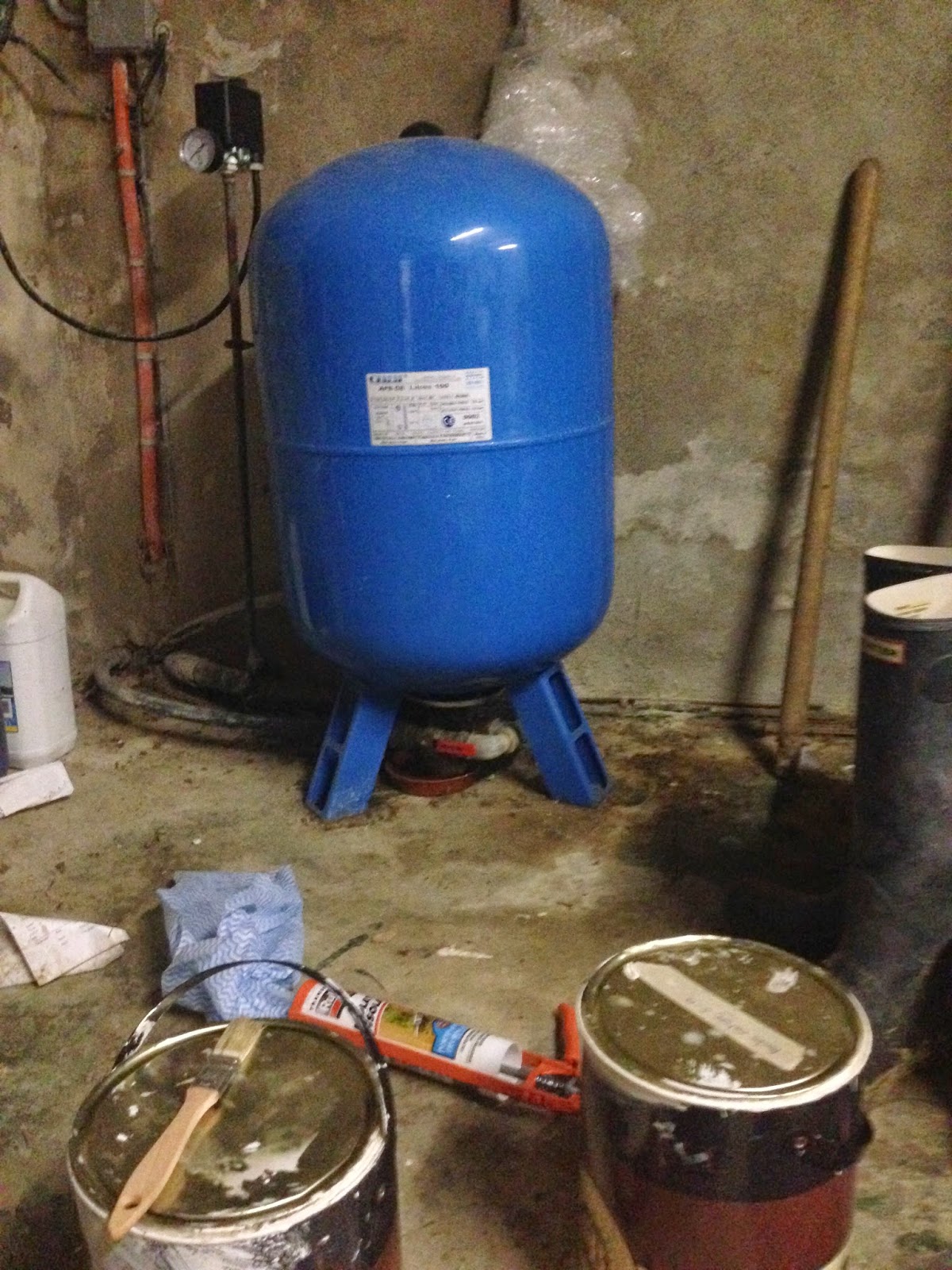 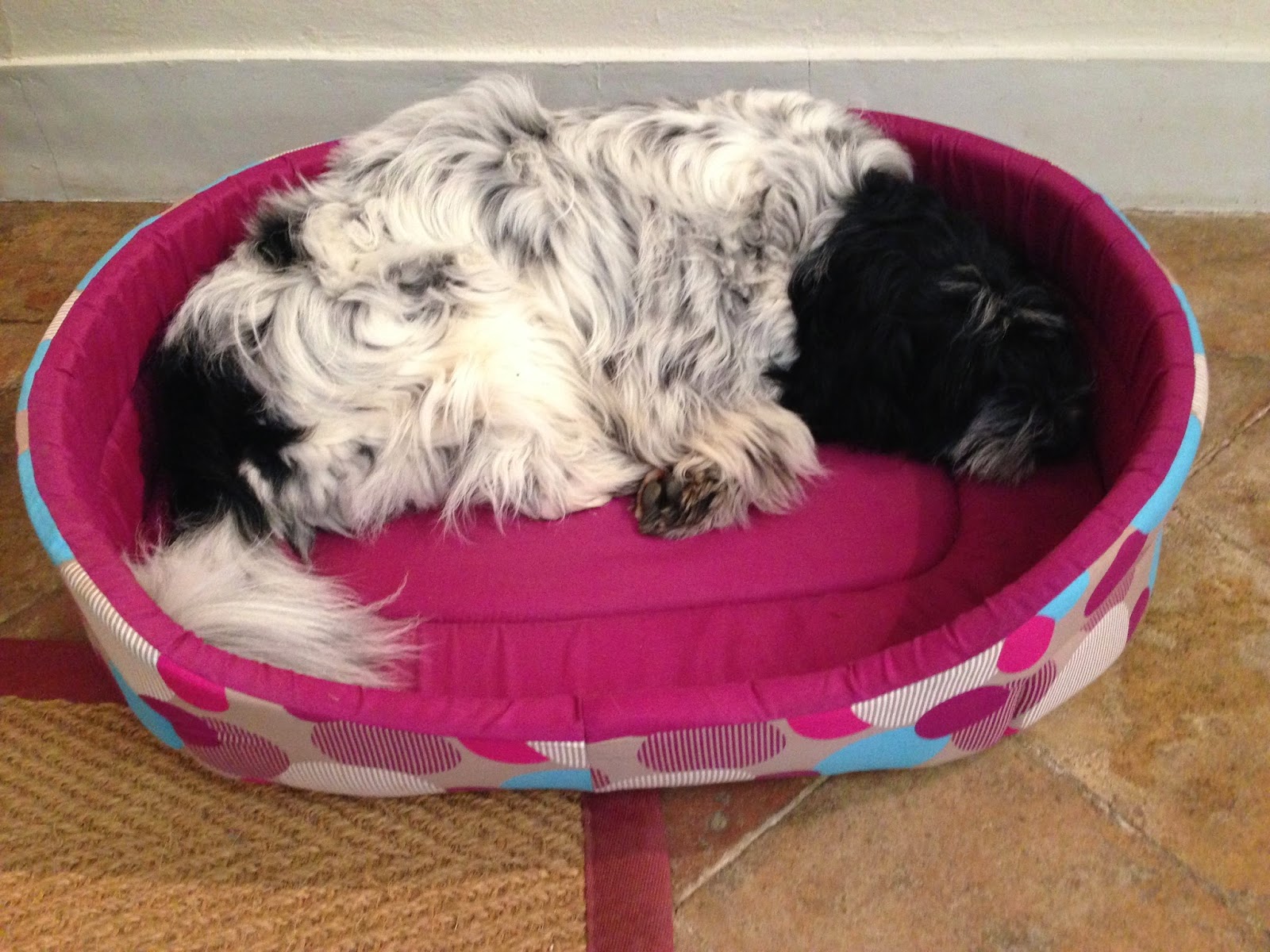 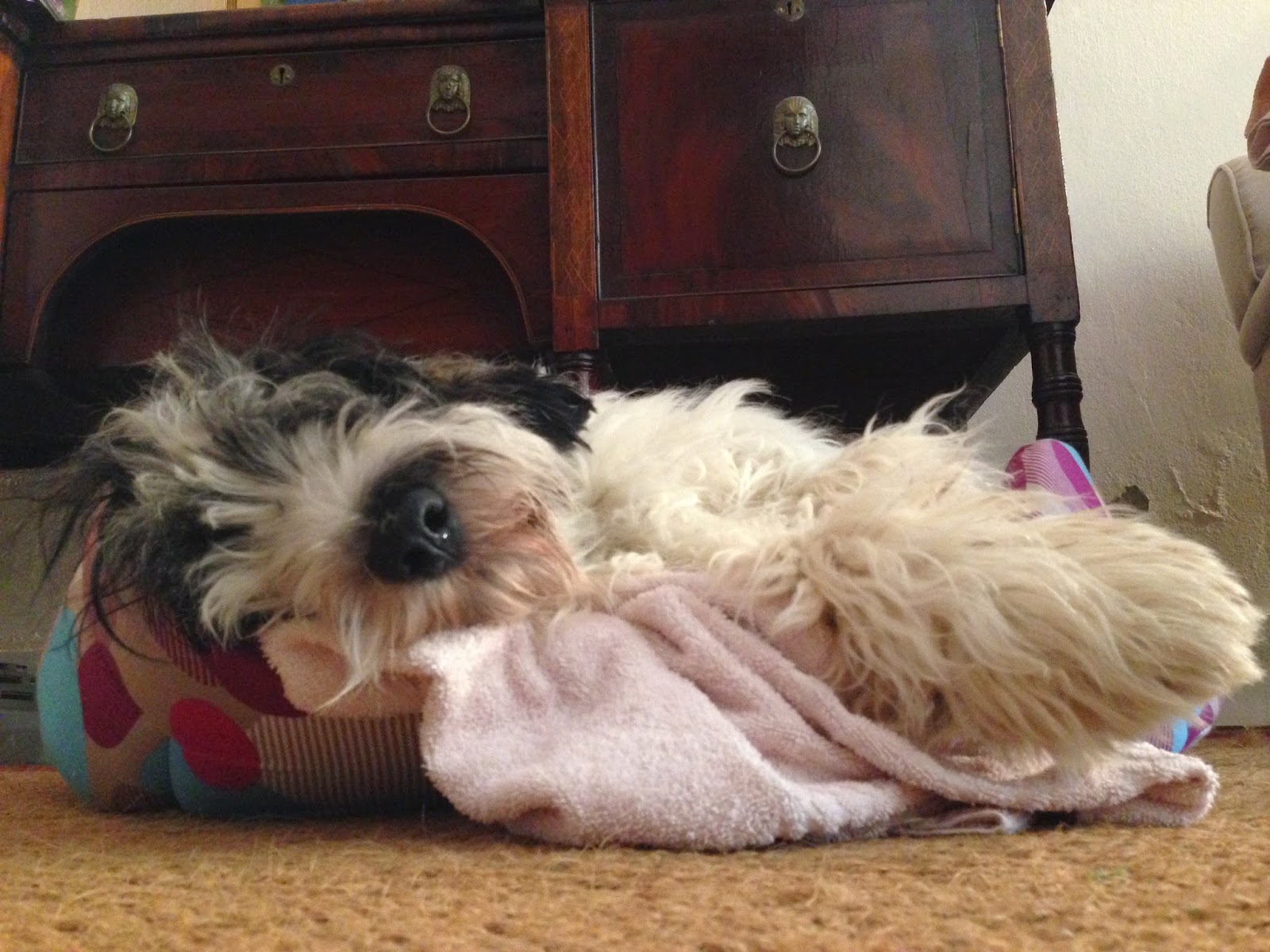 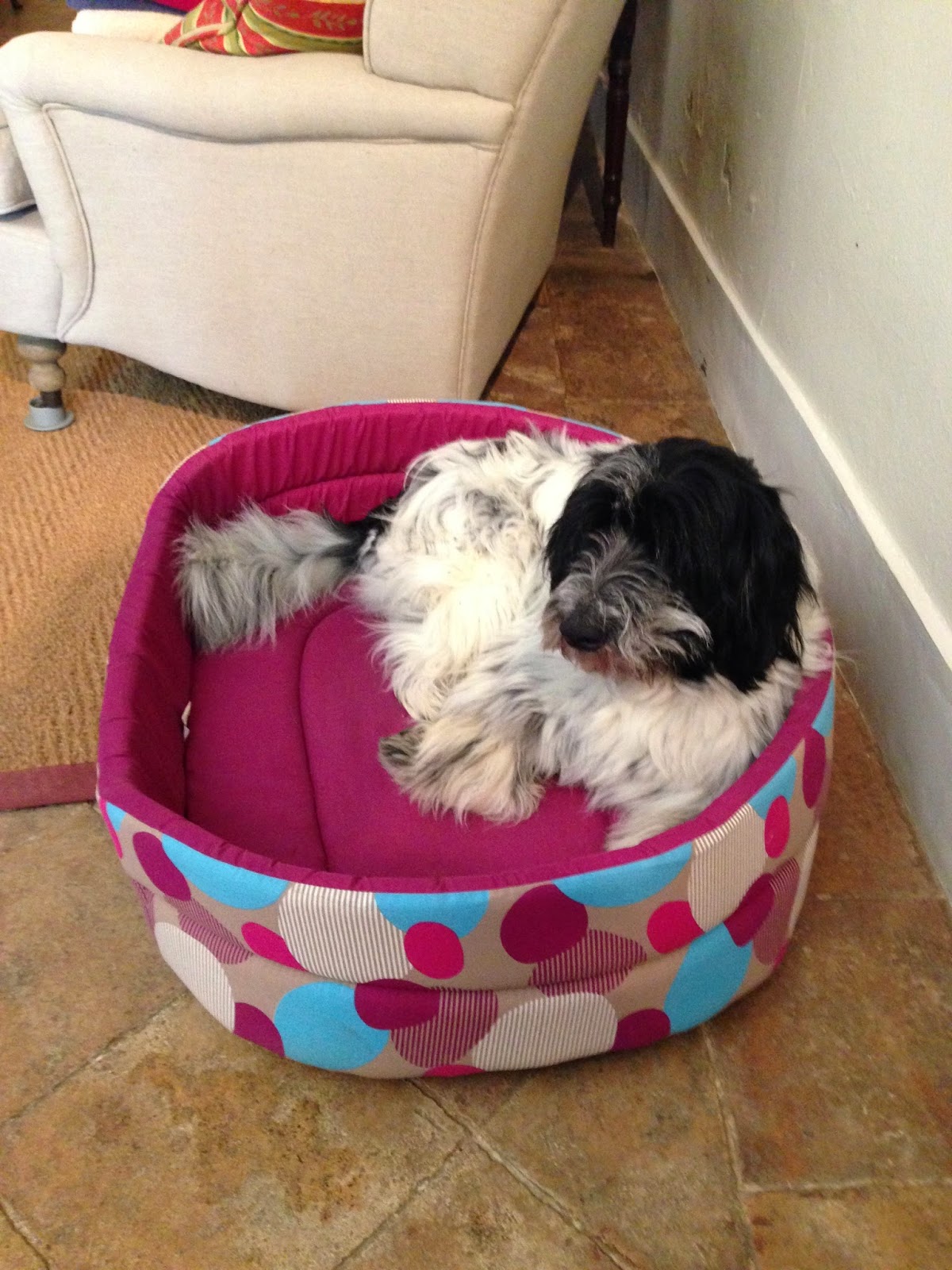 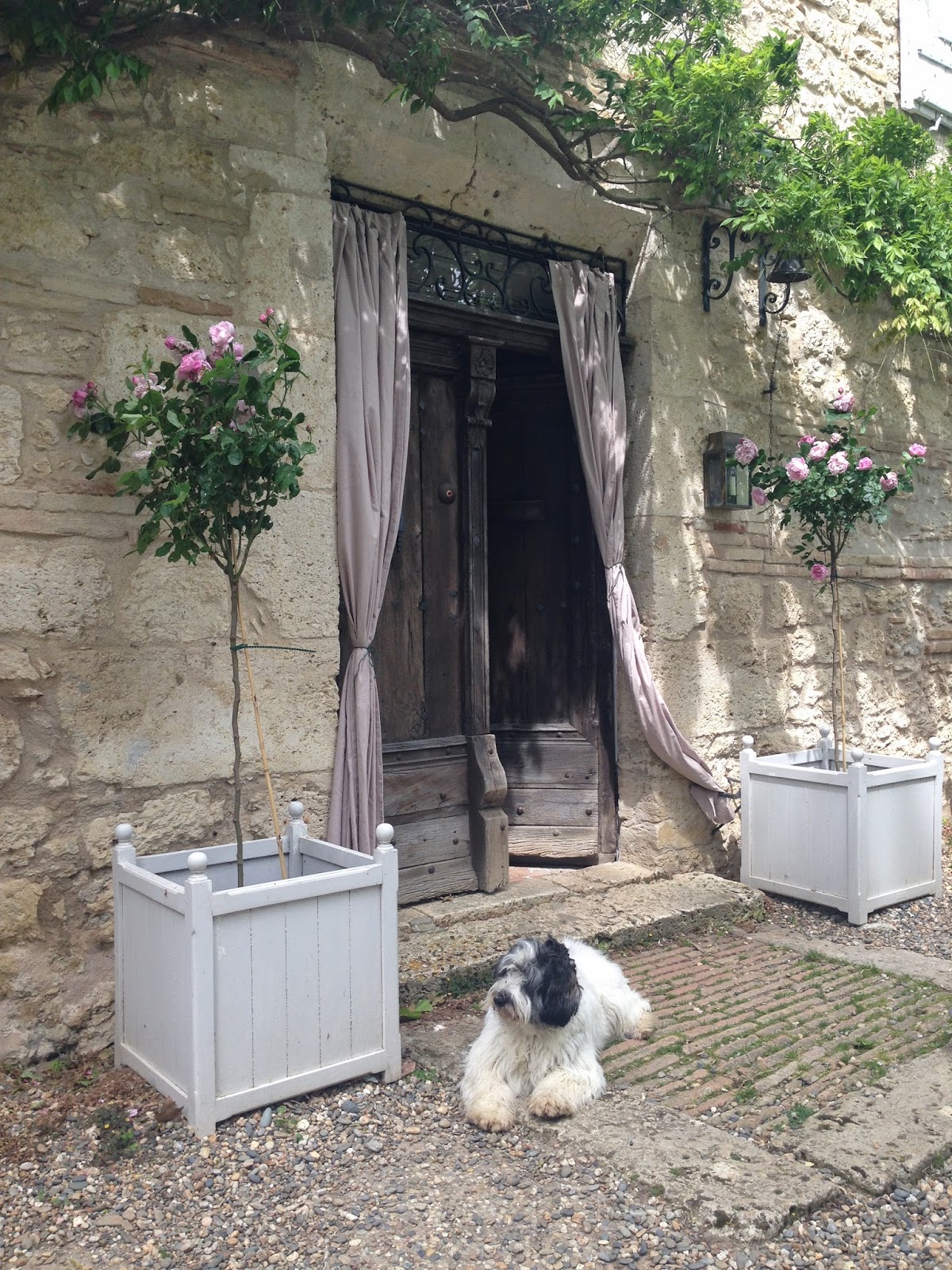 A strong Saharan wind blows all day.100 km/h gusts. The soil turned to clay, the standard roses bent at alarming angles. Time to switch on the irrigation system. I push the switch. The blue contraption in the basement, which looks like a thermonuclear device but is in fact a water pump, emits a banshee scream. Seconds later the cast iron pipe that draws the water up from the well cracks. The sudden surge of pressure sending a jet of water ten metres into the air. Quite spectacular in the way that only expensive household disasters can be.  Bob and Sophie certainly think so. They rush in and out of the plume of water like toddlers at a funfair. That irrepressible ' isn't this fun ? ' sense of adventure. Toweled dry they both sleep for an hour.

The plumber says he'll be along in the next week or so. '' Can you give me a rough indication of when that might be ? " I ask.  ' Non ' comes the reply.

Suddenly, that drip from my guttering doesn't seem so serious.
Good luck in getting it sorted out.
Cheers, Gail..

Bob looks so comfortable in his bed, the cost and difficulty of repairing the irrigation system not high on his agenda.

We would have loved seeing a photo of your geyser.

I also hope it all gets sorted out sooner rather than later.

Interesting article, have you read The Hidden life of Dogs, by Elizabeth Marshall Thomas?

I'm kind of disappointed that there's no picture of the plume of water fountaining in your yard. I hope the plumber shows up sooner rather than later!

They look so sweet in their baskets!

It would be so nice if you could find another reliable plumber....your plumber seems quite nonplussed at your predicament.....since when is a sterile "Non" a polite answer to your question.....oh Angus I wish you luck and patience.
Let's hope the plumber isn't related to the bank manager......if not you're in for a long wait or not showing up at all.

Just had a thought: maybe Madame Bay can recommend another plumber in your area....

The little blue bomb is a pump? We'll, you've certainly quenched it's menacing mistique. Now, rather than ominous it's sort of, well, cute.
You know the plumber will want to dig up and replace everything. Everything! You've had rather a run of good luck since the house last turned
on you. That's a good thing. Or maybe it was just lying in wait.