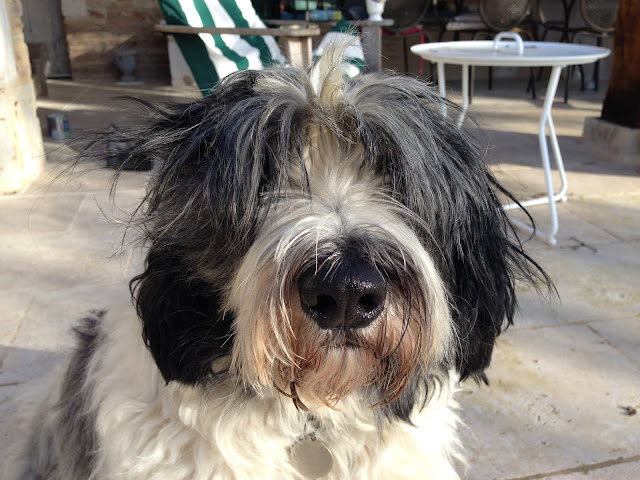 A day for applying Frontline and trimming beards. 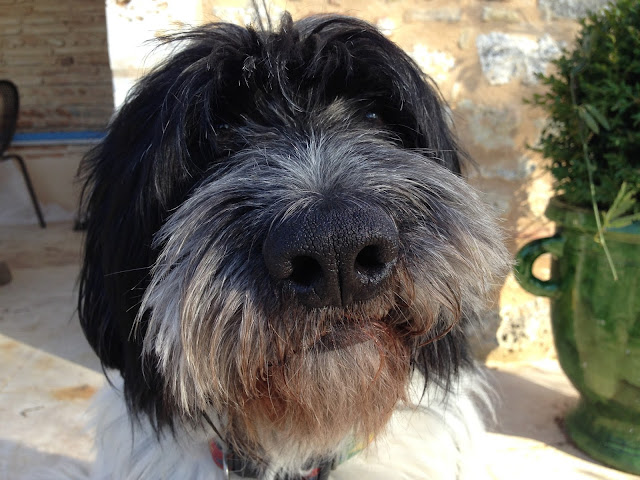 Sophie adores being groomed. Bob does his best to become invisible. The promise of a rice cake causes him to break cover. 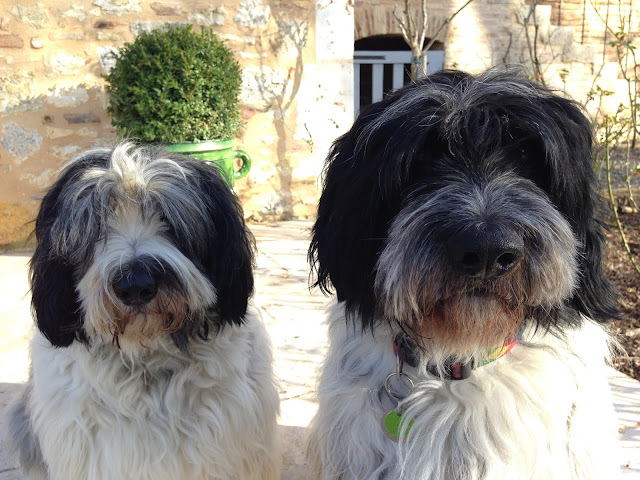 By 10.30 they're looking presentable. They are rewarded with a long walk through the fields to the waterfall. En route Sophie finds a plump dead mole. This becomes her companion for the rest of the morning. When we return home 'The Font' lets out an involuntary sigh when the heavily gummed mole is dropped, proudly, on the freshly washed kitchen floor.

For Sophie this really is the best day ever.

Those are two very smart looking dogs you have there !
Angus, have you tried using Bravecto instead of Frontline? We have used it on our two for the past year or so. It's proved very successful, and because it's in tablet form, it isn't messy - we just break them up and add them to the kibble. The vet gave us a little pendant for each dog, which automatically counts down the days until the next dose is due.

I should also have mentioned that the tablets last for three months.

By 10.30am they're looking presentable....by 10.32am it's another story....
Brownie is impressed with Sophie's treasure, he himself is trying to catch a large lizard that lives in the cellar.

I had to laugh when I read Coppa`a girl comments because I was thinking the same thing. I use it on my 2 Labs and Border Collie. Here's some info http://www.mypet.com/bravecto.aspx?gclid=CKb_9LPmjcsCFdcagQod4nECuQ

The Font is the model of restraint. More than an involuntary sigh would most likely escape me in the same situation. Bob and Sophie look very well groomed.

Somehow I don't think that 'The Font' was quite as impressed with the gummy mole as you and Sophie, Bertie !

Oh well, Bob got a walk and rice cake, so wasn't too bad for him either.