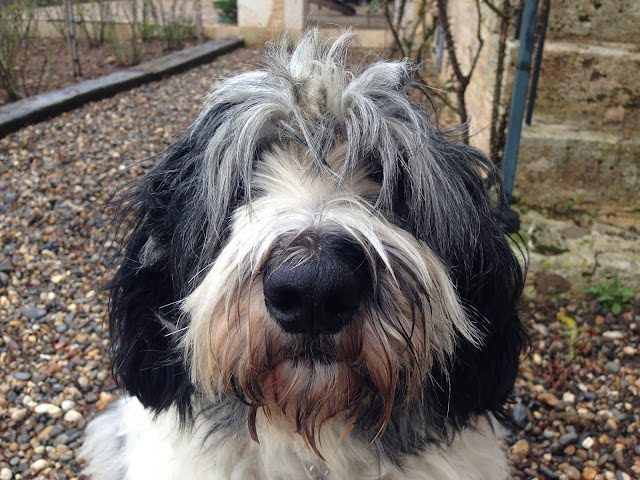 Saturday morning. A week into the referendum campaign on Britain's membership of the EU. The commentators on Radio France are in no doubt how ungrateful their neighbours across the Channel are. Angus bites his lip while drinking the mornings first cup of coffee. Only another four months of this to go.

An unbridled vision of loveliness is keen to get her day started. The damp morning has done nothing for Sophie's hair. 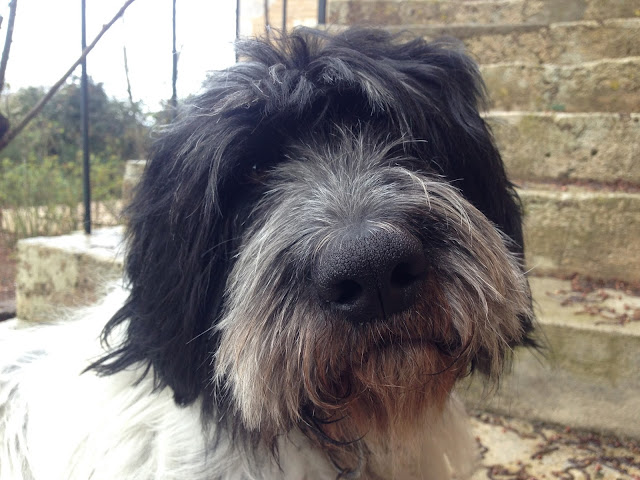 The e-cigarette store has now turned into an Agence de Vapologie. How chic is that ? Bob christens the sign on the pavement. 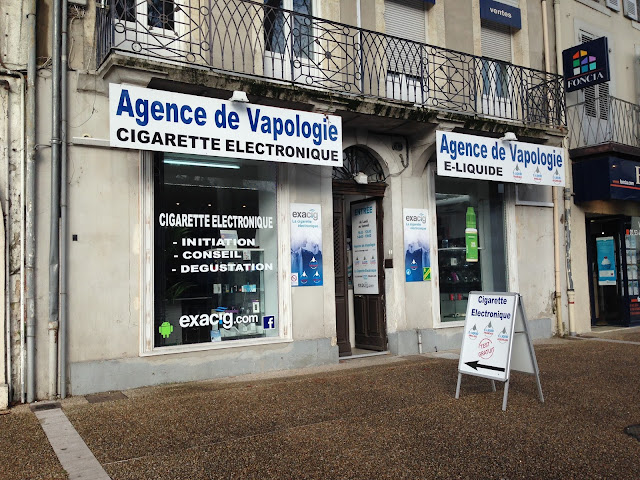 Although it's a time of the morning when only dog owners are up and about, this song is playing, loudly, from the railway station public address system. You can't go anywhere in France without hearing this. It is the background noise of the country. It's quite enjoyable the first hundred or so times you hear it. https://www.youtube.com/watch?v=KA3Q1duzwaE&list=PL6szNsef4d4LWOX3k32Xpc78dz_HYyZL4&index=3

We see Sophie's sporting the dishevelled look today, but it suits her.
That's a very big shop just to sell e-cigarettes - is there a national campaign to stop the French smoking the real thing?
No, I couldn't listen to that song a hundred times - once was enough I'm afraid. It looks more like an ad for an electricity utilities company - or is that what it is?

One listens in despair to the referendum campaigns here in the UK and wonders if it ever crosses some politicians mind how their statements might look to the rest of Europe…
As if the Scottish independence campaign hadn't been bad enough.
Er, Cheers! Gail.

A year or two ago e-cigarette stores were sprouting everywhere. Now, they've discovered they're as bad as the real thing they've started to consolidate.We don't see a marked decline in the sale of Gitanes.

The time would go faster if certain politicians could disguise their ego driven opportunism.

Can't imagine who that would be….

You're going to miss me ... certainly a warning to Brexit supporters!

Thank you. That made me laugh.

Well, you have a good choice !