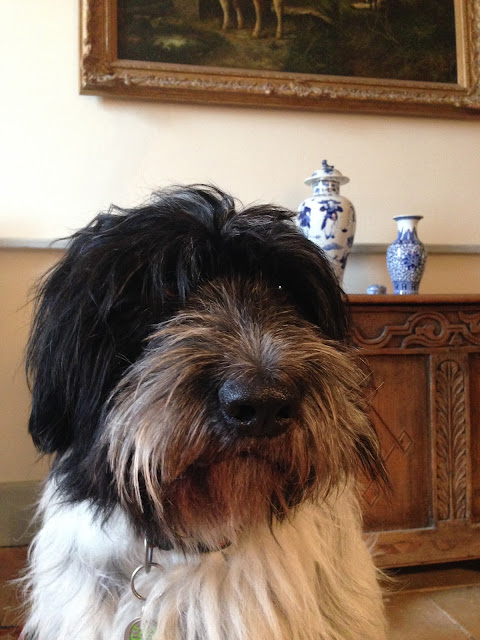 As soon as he hears Angus stir, Bob races up the stairs and sits outside the bedroom door. He makes it clear he's waiting to start his day. 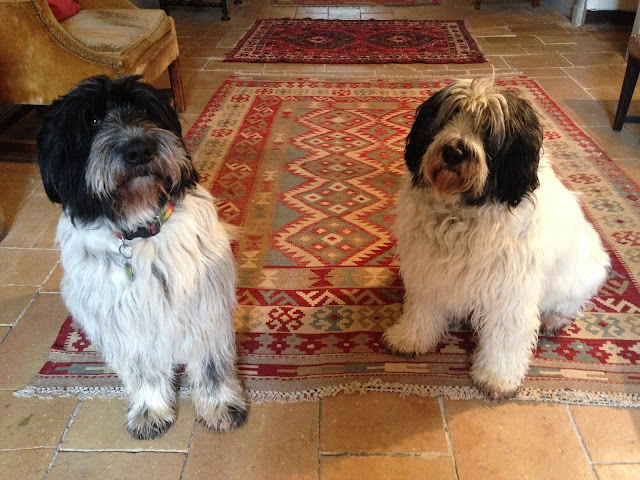 Ten seconds later his sister joins him. She also makes it quite clear valuable time is being wasted. 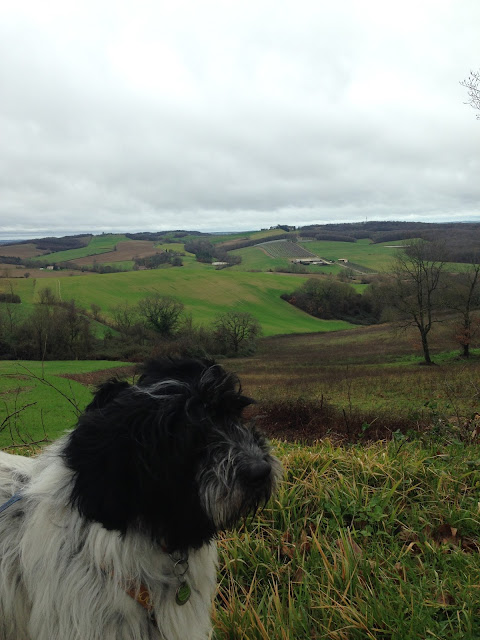 There's been the most almighty storm overnight. Thunder and hundred mile an hour winds. Bob and Sophie being of good farm stock sleep through it all. Angus wakes when a large branch from one of the old oaks comes crashing down on the barn roof. 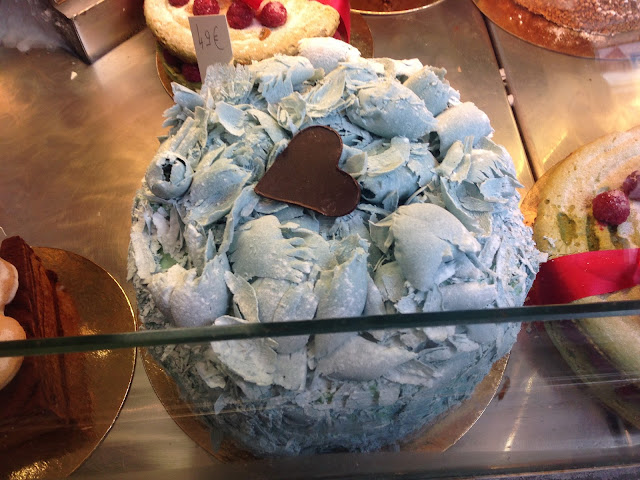 Around ten Angus remembers it's Valentines Day. A trip into town with the family fellow. We are torn between a blue sponge made with Armagnac or  a chocolate praline concoction decorated with a large orange marzipan heart. 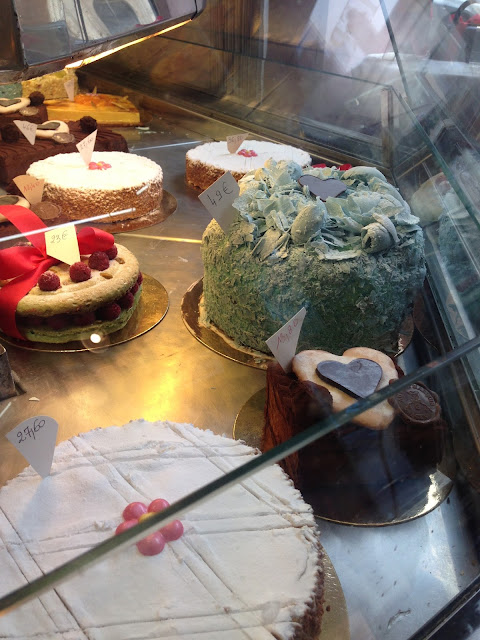 Bob is keen on the blue sponge but we finally opt for the chocolate praline concoction. 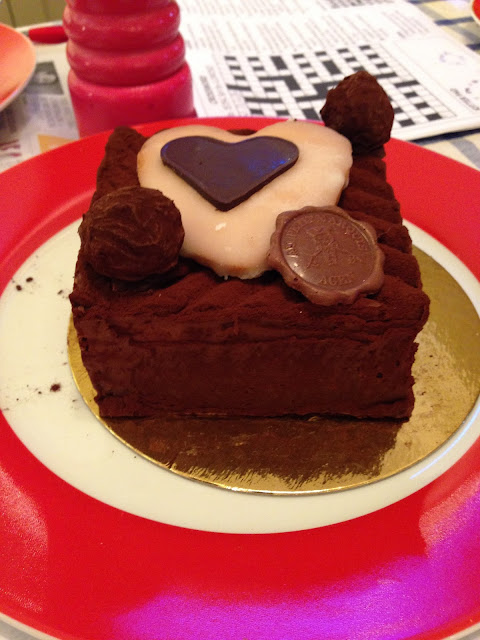 Just another of those quiet days. Too uneventful for a diary but too peppered with laughter to be totally forgotten.

Dogs are such good communicators aren't they?
I think the chocolate one was a good choice.
Cheers, Gail.

When have Bob and Sophie not been ready to start their day !
Chocolate was a good choice...the blue one looks as though it has been decorated (very tastefully of course) with wood shavings.
We must have the tail end of your storm - no thunder, but it's blowing a gale.

I'm not keen on colourings, unless they're natural, so I agree with your choice. However I am concerned about the roof! Will that mean more workers to throw the furry fox? In which case God sent the storm!

Whiling away some time between our fresh earthquake swarm in Christchurch I came upon this little article.... I am sure you will agree with it! http://www.theguardian.com/money/2011/sep/29/uk-worst-quality-of-life-europe

Hope the barn roof isn't too badly damaged after the storm.
Happy to hear that the "naughtiness" was only sunflower seeds that had been opened and consumed.
Chocolate and happy dogs.....sounds like a Happy Valentine's day to me.

The chocolate was an excellent choice, but Julie does make a good point. :)

I'm for the blue sponge. Elegant and unique. And sounds absolutely delicious.
Here there are unattractive arrangements of wilting flowers in gaudy colours, cheaply made and over
priced toy bears and and, advertised on television,
seedy lingerie. Hopeless.
I'd consider stroking two very special PON's heads the best gift of all.

Bob probably liked the blue sponge because there looks like there may have been more to share. I would have chosen the chocolate praline concoction. Is a French praline like a Southern one?

If my memory of school days in New England serve me well American praline is an addictive fudge like mixture. A French one is less sweet and altogether crunchier. You've made me think of Bourbon Balls which I've not tasted in forty years. Are they still made ? Or have they stopped making them as being too alcoholic ?

Bourbon balls are still made, both commercially and homemade. Probably made with more bourbon now!

You're right in how you remember pralines. I've also not had a good bourbon ball in a very long time. "MYboyzach" is right, they are still made, and for a Kentuckian, bourbon balls are a must-have for any party, especially during the holidays. And as you can guess, the better the bourbon, the tastier they are.