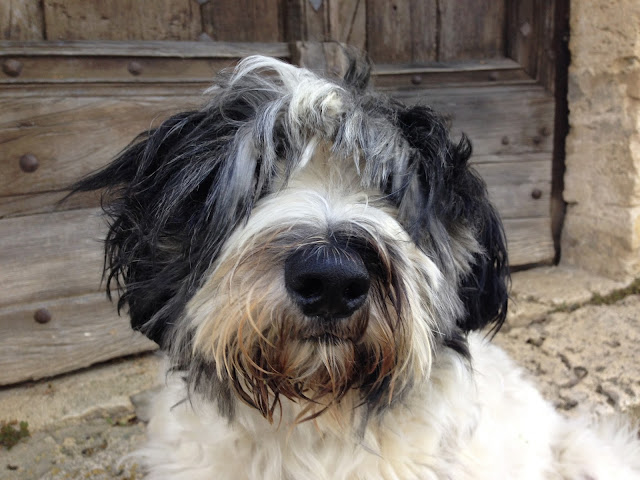 Sophie is not adjusting well to our early morning starts. A vision of something other than unalloyed loveliness greets me at the front door. 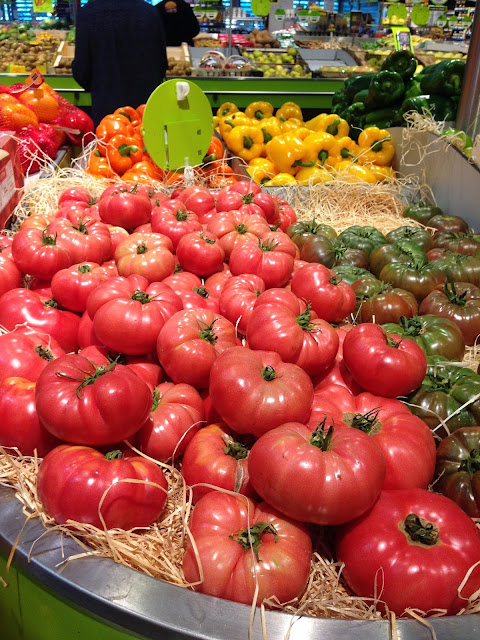 Different types of tomatoes are appearing in the greengrocer nearly every day. These come from near Toulon and were too succulent to ignore. 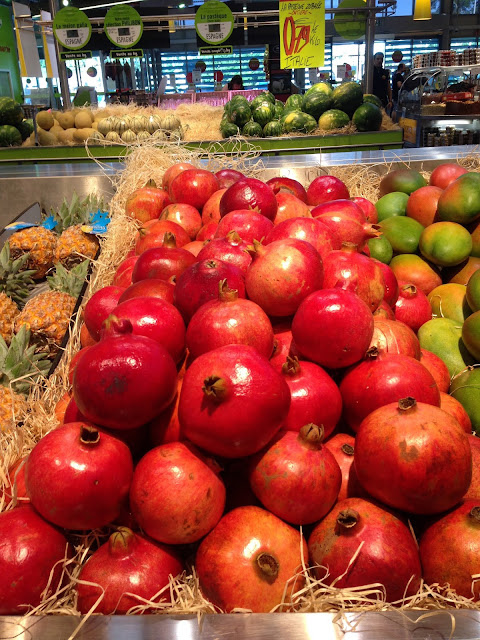 Pomegranates also make an appearance. On a hot humid evening Angus has started to drink champagne with a smidgen of freshly squeezed pomegranate juice in the bottom of the glass. This adds hints of tartness and depth. The secret is finding pomegranates that are ripe and sweet rather than green and sour. 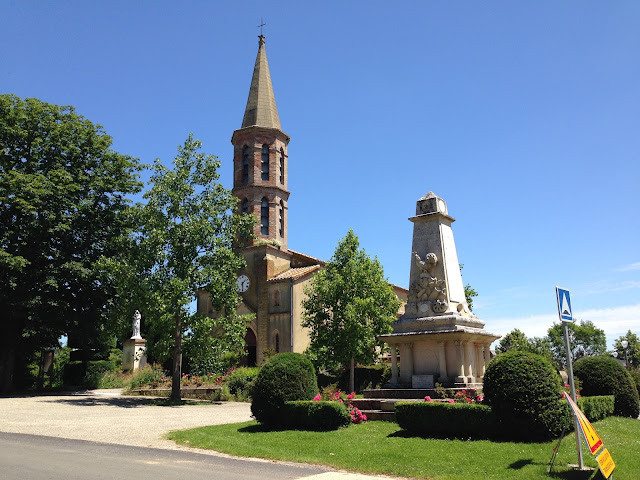 And so our day comes to an end. Angus has felt strangely unsettled by the unexpected referendum result. In fact both of us have. Rather like the tiredness that comes with a bereavement. Part of this may be due to the increasingly 'shrill' view of the perfidious English on French radio and television.

In a sense a revolution has taken place. Usually 20 year olds are considered as being the most likely revolutionaries. This time it's the 60 somethings who've risen up. What happens when the 20 year olds realize what has happened  (and what a difference it will make to their futures ) has yet to be seen.

I rather think Sophie is going for the "casually tousled" look - perfectly acceptable when the weather is so hot. Bob, of course, is looking "casually svelte" !!
Did you see that Farage has already admitted that the promise of the 350 million to the NHS was a "mistake" ? Less than a day after the results, and already those "promises" are being rescinded. How many more to come?
As expats, we too, feel unsettled and now wonder what our future holds in our chosen country of retirement.

Always beware smiling men with 'promises'. They tend to be as truthful as those vehicles you used to see in used car lots ' genuine low mileage. One lady owner '.

As a form of stress relief you can sign this - although it will probably do little good : http://www.huffingtonpost.co.uk/entry/eu-referendum-petition_uk_576ce6d8e4b0232d331dafb4

Sophie's look gave me cause to smile this morning, thank goodness.
Analysis of voting patterns on Thursday suggests that wisdom does NOT necessarily increase with age.
Cheers, Gail.

I should have put a question mark at the end of that title.

I should have spotted the implied question mark!

youre right.....its the young people who will suffer for this decision taken by just over half the voters......a shameful day for the uk...having just spent a lovely few weeks in northern spain and france meeting our fellow europeans we have now turned our backs on them.....very sad

The question that keeps crossing my mind is whether Cameron could have won re-election without having
promised the referendum. Was the resounding Conservative victory due in large part to that pledge?

Now that morning is earlier, Sophie just does not have time to fluff !!!

Lots of analysis and predictions going on here.

I wonder how many people who were pro remaining in the EU didn't vote because they were quite certain that the vote would be to remain in.
Our news tells us that 2,000,000 people have signed a petition for redo referendum,