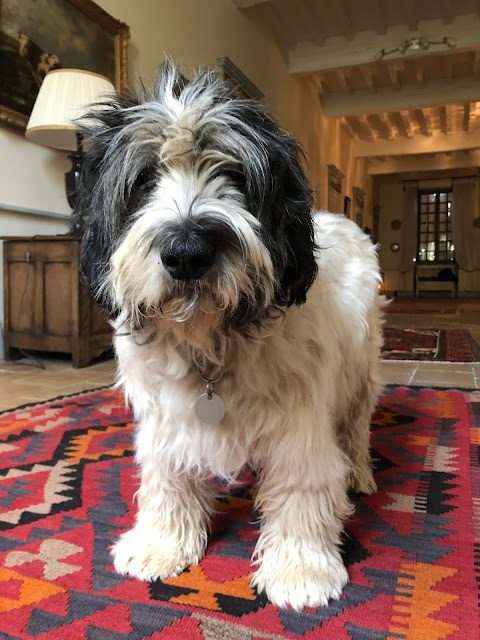 One of those joined at the hip mornings as  Sophie follows me round the house. Everywhere I go, she goes. The mayor arrives at the front door to borrow the step ladders so he can put out the flags on the war memorial. There is to be a ceremony of remembrance at 11.00.  An old farmer in a white van comes by as the mayor is clambering up the ladder. ' The driver stops, lowers the window, and shouts out ' Bonjour. What are you doing ? '. " I'm putting out the flags " replies the mayor with literal concision. 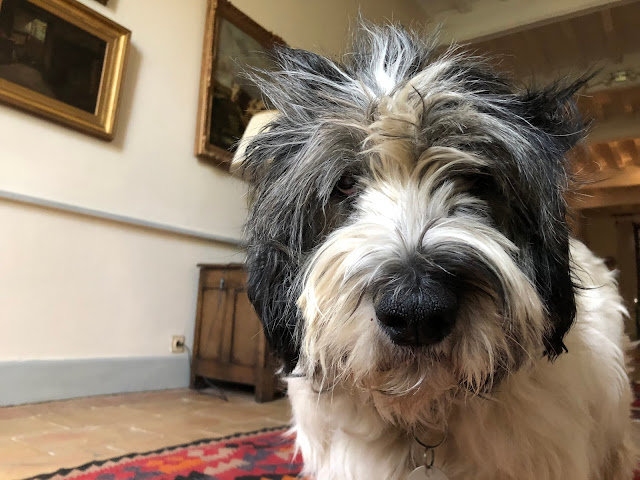 It's a national holiday here today. I'm guessing the mayors expecting a healthy turnout of villagers for this, his last, armistice day. 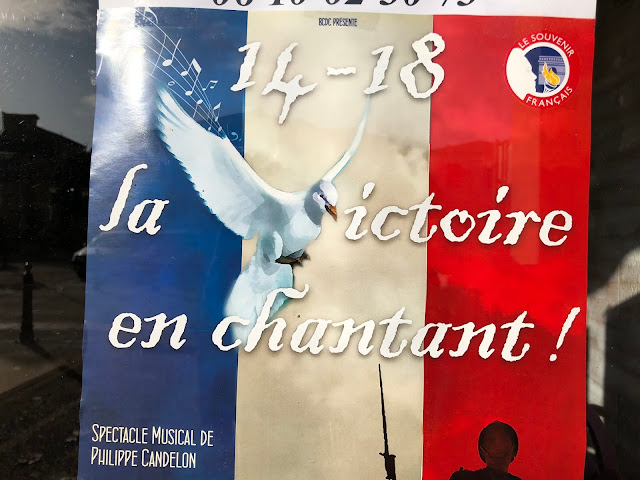 The pizza shop in the little market town has closed. Locals will no longer be able to enjoy its duck, cottage cheese and boudin noir toppings. On the other side of the road a new pizza franchise has opened. A 24/7 automated pizza dispenser.  It claims the pizzas are fresh but in a court of law this would probably mean freshly microwaved. To call it Bella Italia hints at the owner having a healthy sense of humour - or cynicism. 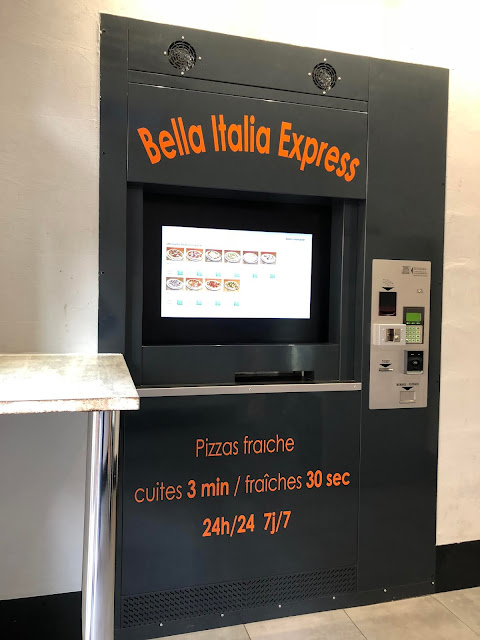 Sophie does look very suspicious - perhaps she had a bad dream involving a K-E-N-N-E-L?

Boris Johnson failing to clear up the mess. How apt!
On the pizza machine I am struck by the redundancy on the bottom line: 24h/24 7j/7

Altogether weird - a self service pizza machine! Not sure I'd fancy one, unless I was really, really desperate !
Poor Sophie, she just wanted to make sure that you didn't inadvertently leave her behind, when you and Bob went for curly croissant ends in the little market town.

Hari OM
What does it say that the most industrious and 'fraiche' element to today's post was your venerable mayor? I'd vote for him any of the 24/7. YAM xx

Puttering around the house, I jumped out of my skin at 8:30 (why? I thought it was at the 11th hour of the 11th day of the 11th month????) when a canon went off across the street at the war memorial. I had intended to attended, but you know about best intentions. So I resumed my cup of coffee and NYT until it was time to do Pilates with the neighbors. On returning home around 11 (nothing like going down the street in leggings and carrying a gigantic ball), about 30 people were at the war memorial for a ceremony.
As for automate pizza, we also have one, made by the pizzeria across the street for off-hours. Haven't tried it. The NYT has a story today about automate boulangeries, with coin-operated machines delivering hot bread in villages where the baker has thrown in the towel. This is not a new story, so I suspect that what's new is the reporter, just discovering these odd stories about France, and also the editor, who doesn't remember the last time they wrote about this. But I do.