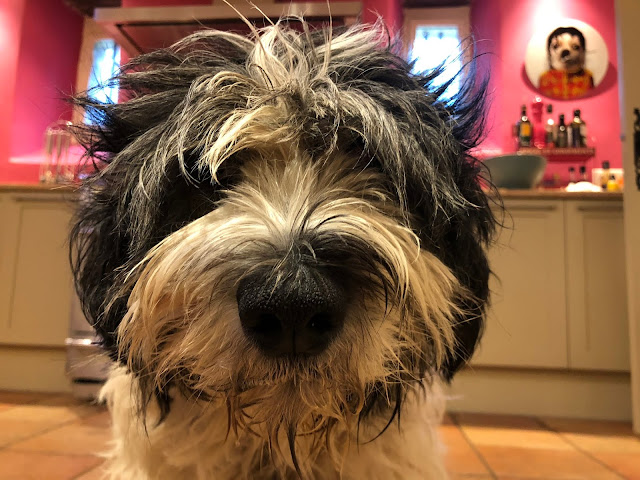 A fierce Atlantic storm barges in from the Bay of Biscay. It brings with it 100 km/h winds and raindrops the size of peas.  Faced with this downpour Angus hopes that his post dinner tour of the garden with the PONs will be brief. The PONs, of course, have different ideas. Why let a little rain dampen your enthusiasm ? What better time to saunter and sniff ? 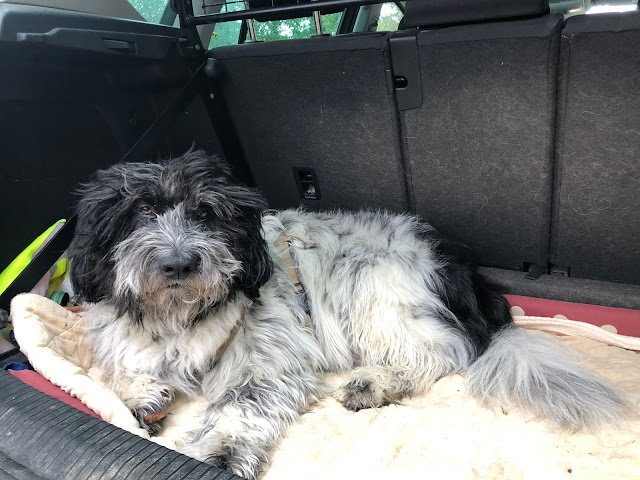 This morning Sophie heads off through the storm to the farthest reaches of the orchard in pursuit of something only she can see. Bob more sensibly gets in the back of the car and snuggles down in a corner for warmth. This happy arrangement lasts until a sodden Sophie reappears  and points out that Bob is in her spot. 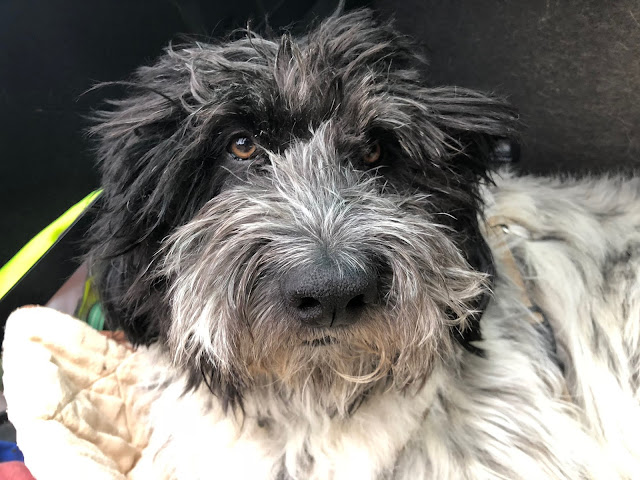 At the roundabout the poor camels, yaks and zebras are sheltering under a tent. They are at least dry and are busily engaged in eating breakfast. 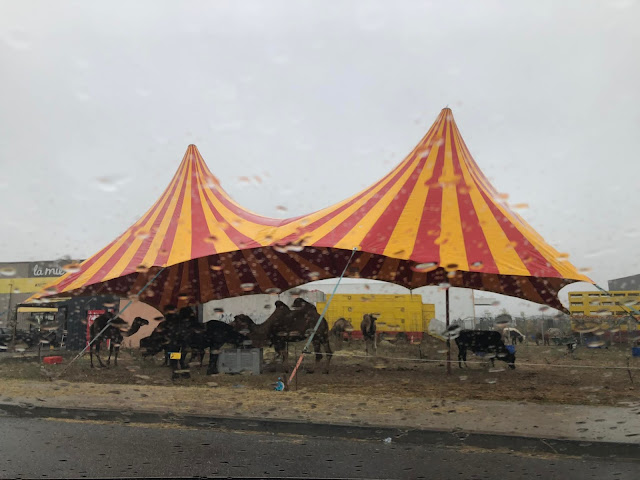 The supermarket Sushi counter is running a Halloween special. Perhaps demonic sushi is a thing. If so it's a fad that's passed this blogger by. When did Halloween become so commercial ? 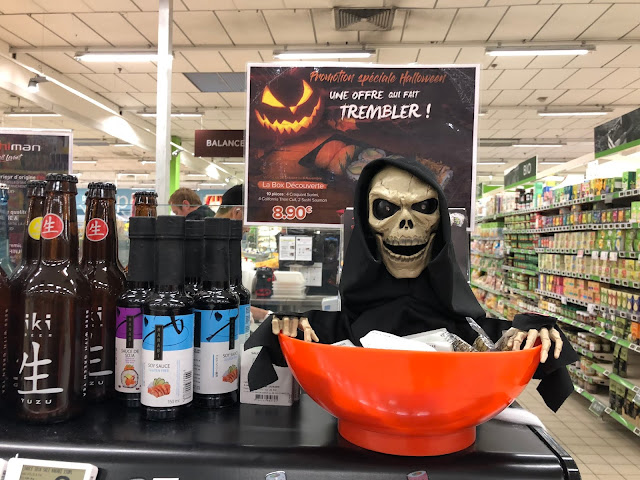 Poor Bob. You never get first choice of the spot to sit in do you Bud? She's a bit bossy isn't she?

First in the car gets the best spot, which makes it a good start to another best day ever - for Bob at least!

Hari OM
Well, it has to be said the Americans can find a way to commercialise just about everything short of going to the toilet. Sadly, the ROTW follows suit. Anyone who has mistaken wasabi paste for avocado spread will soon agree as to the demonic nature of sushi... YAM xx

Sophie looks as if she might have encountered that 100 km/h wind. She always makes me smile, as does Bob. Such different personalities, both lovable.

Halloween has certainly gone bananas this year. Cannot say that I have ever been much of an advocate. Nevermind - once we get over this fireworks and Guy Fawkes craziness, we have Christmas madness starting in November! Whatever happened to the twelve days?

On the western isles of Scotland it used to be dooking for apples and then calm until Hogmanay. Now it's Halloween , Guy Fawkes and then straight into Christmas. Retail never sleeps !