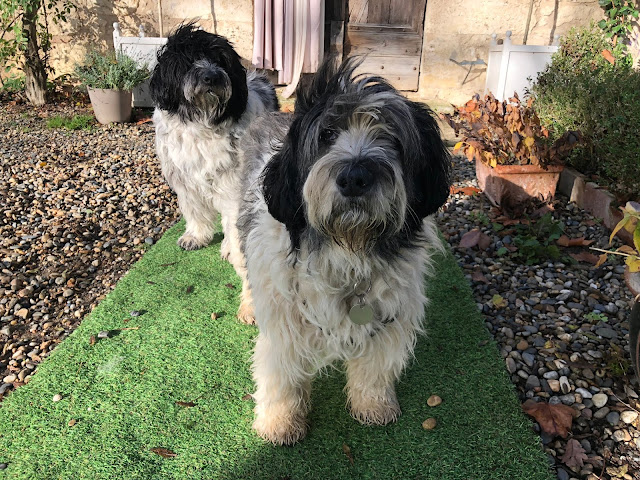 Sophie heads off along the lane at a fast clip, nose down.  The owls have been busy overnight.The ground under the plane trees where they roost covered in morsels of discarded shrew and vole. While Sophie rummages Bob and Angus discuss whether Mulvaney, Giuliani and Sondland are willing fall guys. 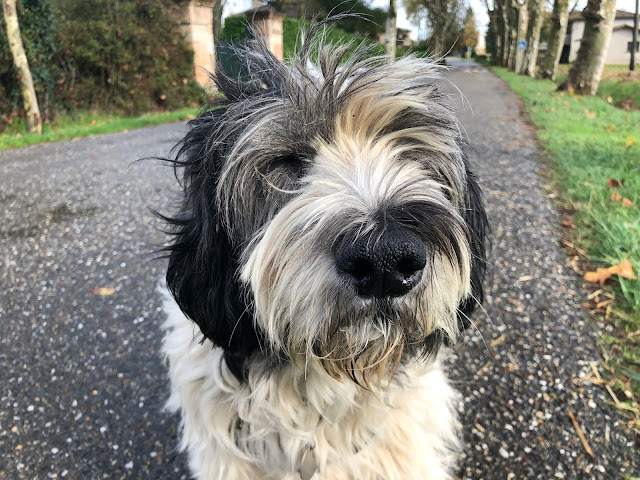 The British Prime Minister sends Angus a round robin e-mail. Election time is when a lot of politicians of all parties send Angus e-mails. In between times, when they don't want money, they ignore him. The e-mail says ' We invented the steam train. Gave birth to football. There's nothing as a country we can't do '. The banality of this makes Angus think this is some sort of spoof. Surely there are other national attributes that warrant mentioning ? I'd have liked to see something about decency or honour but these are presumably deemed non-vote winning.

Bob settles under my desk and is soon asleep. The challenge of working out how you measure the statement that 'No country in the world has greater potential than ours ' too taxing for the male PON at this time in the morning. Five more weeks of this before election day. 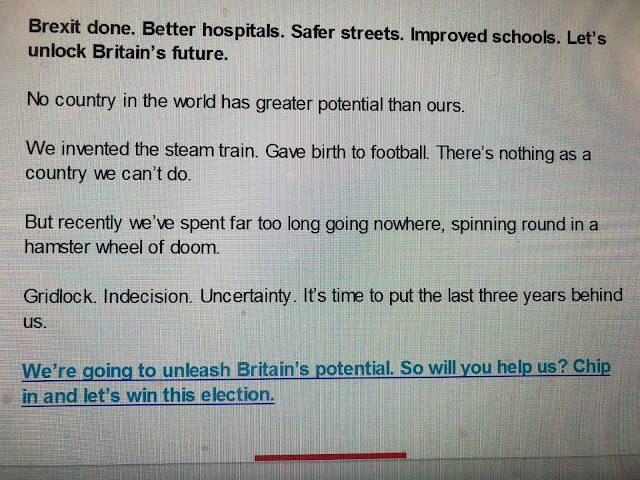 After Eight mints show up on the supermarket shelves. If there is any sure sign that the festive season is upon us it's the appearance of After Eight mints. These are considered to be the height of sophistication by Madame Bay who munches on them and considers them to be ' tres British'. Somehow she believes that Prince Charles makes them. 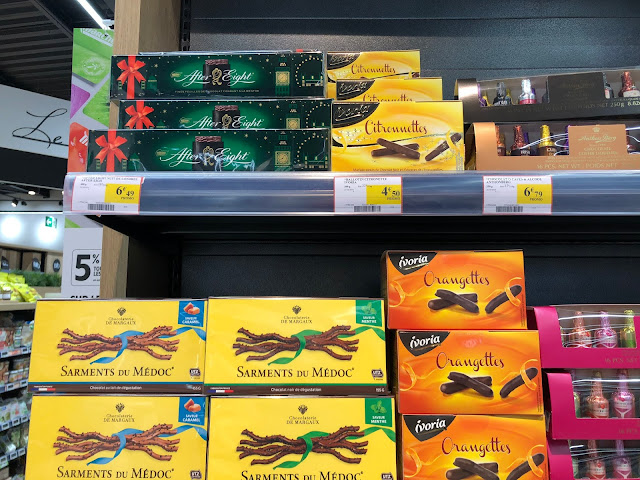 There are people in life who make amends for the worlds woes. The folks who run this sanctuary in Vietnam care for bears who have been farmed for their bile duct. Removing the bile a painful, invasive and risky process. Kept in cages for years they develop heart rending illnesses. Simply wonderful to see terrified animals cared for : https://www.animalsasia.org/us/our-work/bear-sanctuaries/vietnam-bear-sanctuary/vietnam-bear-sanctuary.html

Hari Om
...well... to be fair, honesty and decency are not a British-particular (and certainly not an 'invention'), but an imprint of all humanity. It is to be found in all societies and at all levels. Often overwhelmed by the grime and grunge that prevails in the current "me and mine" climate, but there, nonetheless. It is what drives people to form animal sancturies and other wonderful, grass-roots care and healing and providing services. The fact that almost every politician hitting the news headlines these days lacks the imprint is, indeed, concerning... YAM xx

That email just makes my blood boil. Nonsense on stilts on so many levels. Somehow being a member of the EU might have prevented someone in Britain inventing the steam train? One might note that these days so many 'inventions' come about through international research collaborations. Such as are funded by the, er, EU...
Oh well. At least in my constituency we will no longer be represented at Westminster by the odious Mr Thomson. (I predict a strong majority for the SNP here. So many local friends have declared an intention to hold their noses and vote for Nicola's party).
And I do like the thought of Madame Bay enjoying here After Eights, which are of course hand made by Prince Charles.
Cheers, Gail.
PS Perhaps I'll feel better after I've read the article about the bears.

I got so excited today I managed to erase my message half-way through. Hope it does not show up twice! What I wanted to say was that, although we see a lot of bad, and very crass, behavior all around us these days, we also see some really great stuff - certainly the operators of the bear sanctuary, but also all of the individuals who have shown up for their House Committee interviews at no small peril to themselves. I am not sure what the UK equivalent is, but I am sure they are there. In the meantime, Prince Charles really does make some nice cookies (biscuits?) although perhaps not After Eights.

The first two fall guys are going to soon find themselves in very hot water I suspect and may choose self preservation. At least Sondland has tried to change his quid pro quo testimony. Next week with televised hearings should be very interesting indeed. Trump will be out on the WH south lawn yelling his head off about crooked politicians, in other words all the Democrats doing the questioning.

It never ceases to shock me when I learn of the cruelty people will inflict upon animals in order to enhance their own health. I wonder what benefits are derived from bear bile? Thank goodness for the work of those at the sanctuary. Better to donate to them than to politicians.

Excellent essay in the New York Times about Brexit and Trump by way of the idiotic "Turtleneck Man." https://www.nytimes.com/2019/11/06/magazine/turtleneck-man-bbc-question-time-brexit.html?searchResultPosition=2
As for the email, it reminds me of the scene in Monty Python's "Life of Brian" (one of my all-time favorites), in which the disgruntled gang ask "What have the Romans ever done for us?" and then come up with, well, the aqueduct, sanitation, roads, irritgation, medicine, education and the cherry on top, wine. It's a lot like the whining about what has the EU ever done for us, with rather similar results.
The family-run Mexican diner where I had my first job gave After Eight mints with the tab. Classy.