Another day when the village is shrouded in silence.

The whole world wakes up to a new character -  the effusive  'My Pillow' guy. Yesterday it was Rodney Howard-Browne. Who will it be tomorrow ?

Sophie is taken on lots of walks. These fall into two categories. Right out of the gate and left out of the gate. The first takes us through the village. The second passes the horses and donkeys.

Angus gives consideration to painting the wall on the terrace. Tomorrow he'll go into the garage to see if we have the right amount of paint needed. This task may slip to Thursday or Friday, or possibly next week. No point in doing everything at once.

In the afternoon helicopters fly slowly up and down the valley. The special operations forces have decided to simulate a surprise attack on the nuclear power station. Presumably our little patch of paradise is the remotest spot they can find. From the top of the ridge the prying eyes of bored villagers look down on abseiling figures shimmying up and down ropes. There is much shouting and , from the sound of gunfire that echoes up the hill, some form of simulated battle.  The scene of the battle is next door to the field with the four young cows in it. They seem unperturbed.

The German billionaire and his wife have either retreated back to Switzerland or are maintaining a very low profile. No lights visible in the chateau at night.

The baker has now instituted a one customer at a time policy. A large plexiglass screen has been installed to separate the staff behind the counter from customers. After paying the first customer is allowed to  leave and a second customer is  allowed to enter. ' A two metre distance must be observed at all times ' says a hand written notice taped to the glass front door. It is at this point that the system collapses. If an 'exiting' old lady recognizes  an 'entering' friend in the queue all thought of social distancing is forgotten. 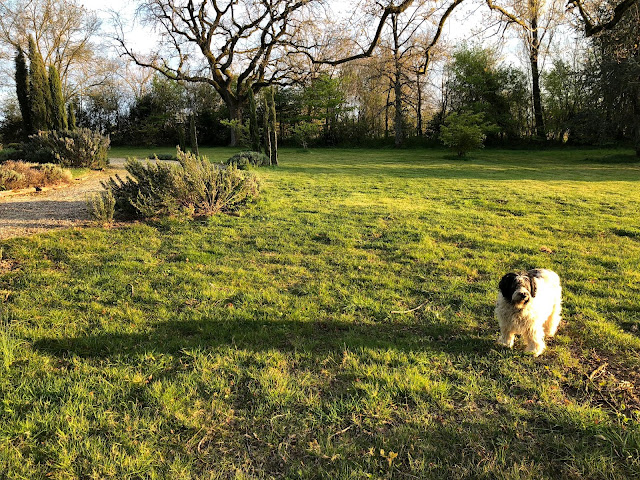 As the sun sets I point out that Sophie casts a remarkably long shadow for such a dainty girl. She seems rather taken with her shadow.

This seems like day 300 of lockdown but is probably closer to being day 15. Pity those quarantined with as house full of toddlers.... or teenagers. We can't agree which would be worse. 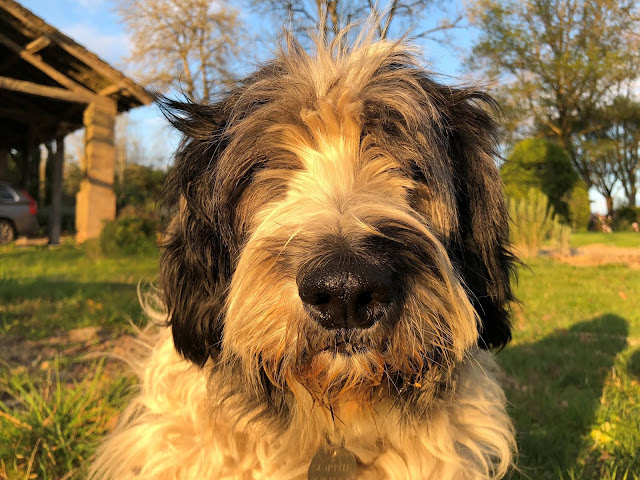 This chart of public transport use in London is amazing 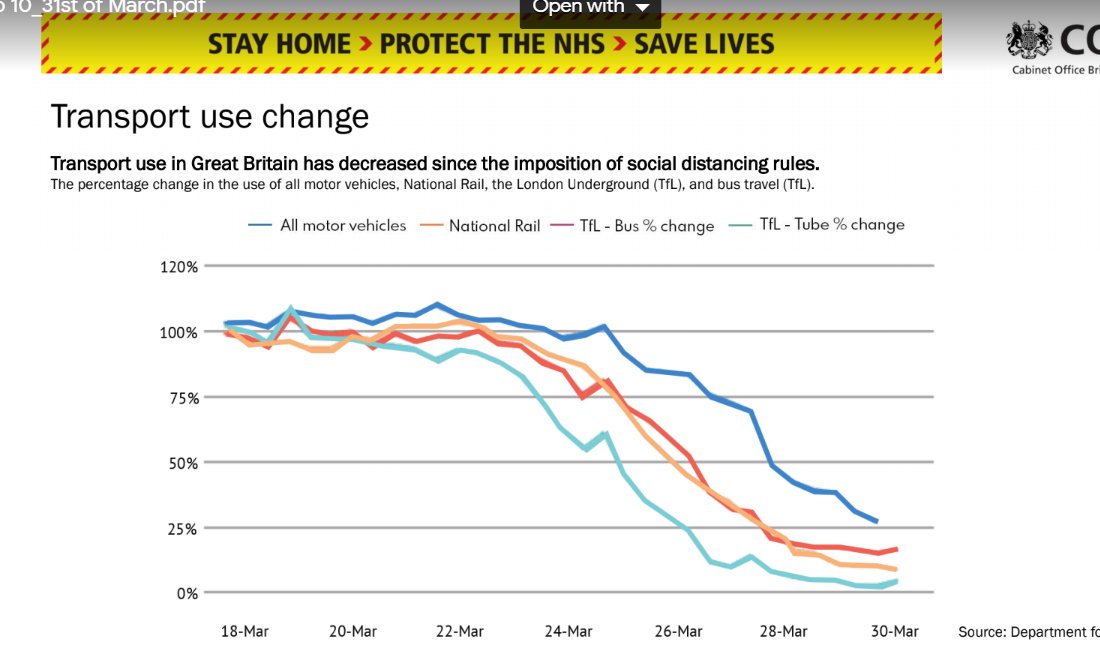