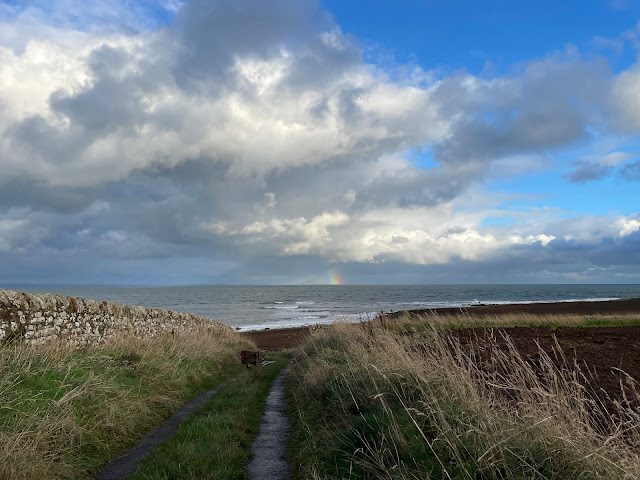 It's cold this morning. The wind whipping straight off the North Sea. The PONette pauses at the front gate. For a moment she thinks of heading back inside to the warmth of the kitchen then decides the only thing to do is charge ahead. Life celebrates the audacious. Going down the track to the beach the rising sun catches a rain squall out at sea and creates a lateral rainbow that stretches halfway across the horizon.  I've never seen anything like this before nor did I think such things existed. Monday morning magic. For what seems like thirty seconds, but may have been half that, the sky above the sea glows. Then, as suddenly as it appeared, the light show is gone. Sophie is much more interested in following some Stoat scent. 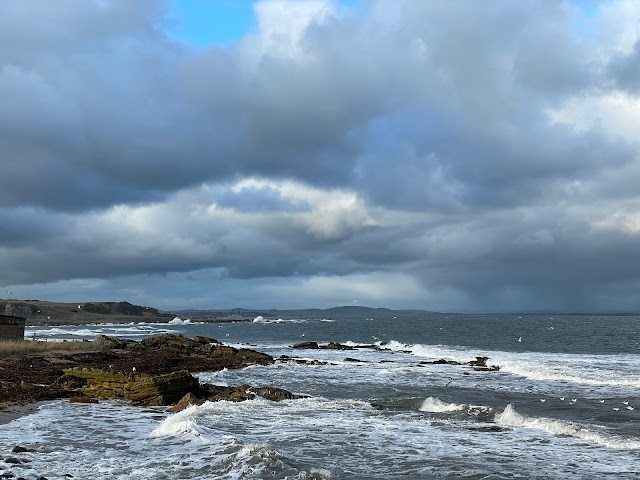 I haven't seen them in a week or so but half a dozen deer are standing on the foreshore. Do deer graze on seaweed ? Seeing us they sprint to safety in the long grass that covers the steep slopes of the raised beaches. The gulls take their cue from the deer and head from the rocks to the comfort of the sea. 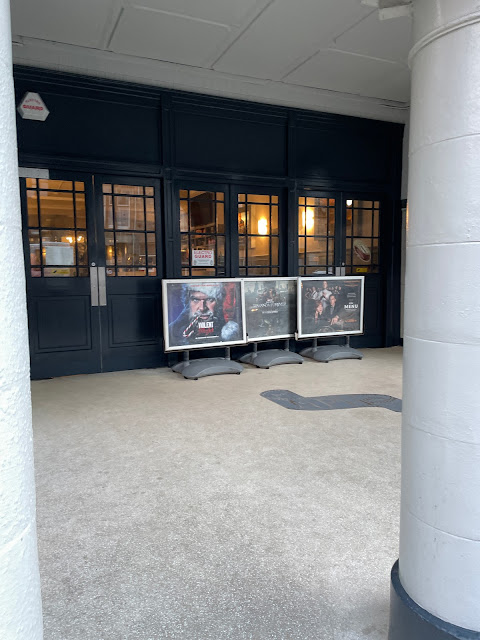 Sophie and Angus head off into town to the good coffee cafe. We park by the picture house.  The playlist at the cinema seems to be unchanged with the exception of a Christmas movie with the unseasonal title 'Violent Night'. Students will love this - a real box office winner.  This morning, after her trip to the beach and a detour through a puddle, Sophie is modelling her feral goat look. With a coat like that you can withstand pretty much anything the Scottish coast can throw at you. 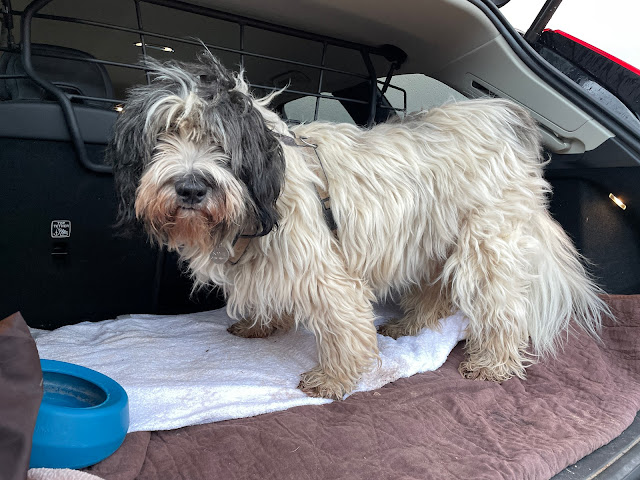 I finish 'The Path of Peace'.  Without a doubt the best book I've read all year. Kind and gentle and human. A recently widowed headmaster walking along the battle lines of the First World War from Switzerland to the Belgian coast. He's bitten by  ants, twists his ankle, suffers from arthritis, misses his wife ( achingly ) but  enjoys the kindness of strangers. The British and French war memorials are full of visitors. The American ones, although well kept,  are completely deserted as if the country has forgotten all about this period of its history. The author stumbles across the cemetery where Quentin, the pilot son of Theodore Roosevelt lies ( the only child of a President to have been killed in action ). I thought the subject matter might make the book maudlin but it's simply charming. 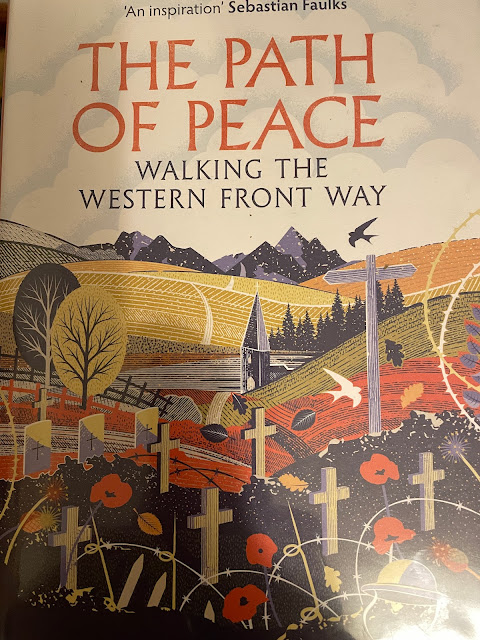 A slightly shy soloist and a very natural sound in Christmas Song #2 - from Trondheim: https://youtu.be/hnhq0lgRvbA
Posted by Angus at 8:02 AM

Enjoyed the Christmas song this morning - nice voices.
Lovely views of the coastline and waves breaking over the rocks - and to see it from the comfort of a slightly warmer climate.
Sophie - you'll really have to find a good groomer!

Nice book recommendation. Did you bring the library with you from France? From the previews the title describes the movie, I think I will pass.

You are now well and truly back in rainbow country.
That's for the book recommendation. It's definitely going on my list.
Cheers, Gail.

My very favorite Christmas song, and a really beautiful version, low key but powerful. And a lovely photo of the wild sea - that dark greenish color reminds of of the Atlantic. It is sad that the author of your book found the American WW1 memorials deserted. I have been following retired Lt. Gen. Mark Hertling on Twitter for his perspective on the war in Ukraine, and he writes often about his visits to the European memorials in his role as Chairman of the American Battle Monuments Commission. He has made me feel I must go myself.

Deer definitely do graze on seaweed, as do pigs, sheep and cattle given half a chance. There are places in the western isles where seaweed is all the sheep get to graze on.

I remember visiting Yorkminister and Canterbury Cathedrals and being amazed at the plaques listing so many soldiers who passed in WWI and WWII. We Americans know many passed but to see the many names listed really made the loss more personal.
Also the Norwegian songs always make me think of how many of my ancestors sang these songs at church in “the old country”.
Thanks for the book recommendation Angus.

Beautidu Christmas song! I loved that they burst into applause at the end!

My favorite Christmas song too. With such an elegant and charming presentation. Perhaps because of Covid?


Thank you for the book recommendation, now have my husband's Christmas present sorted since he has just finished his book about Dorothy Kilgallen.
Also thank you for the lovely Swedish songs. I am trying to learn Swedish from the internet...for no reason except I like the sound of it... and this will help me with my homework! I was pleased to see your pictures of the Picture House in North Street, I think I spent as much time in there when I was a student last (last century) as I did writing essays.The Jury is still out on which of these activities was more useful in the long run.