A day without laughter is a day wasted. 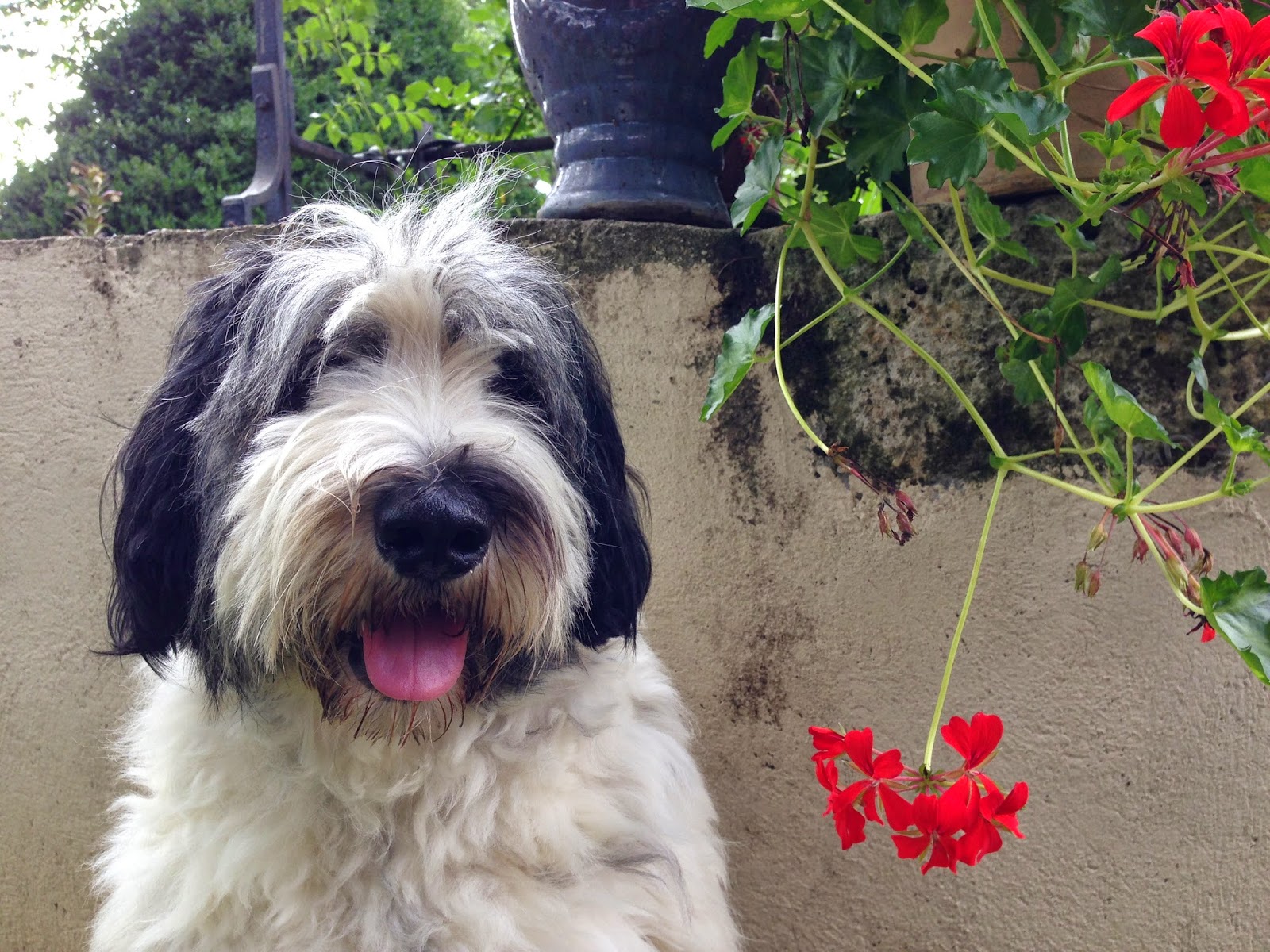 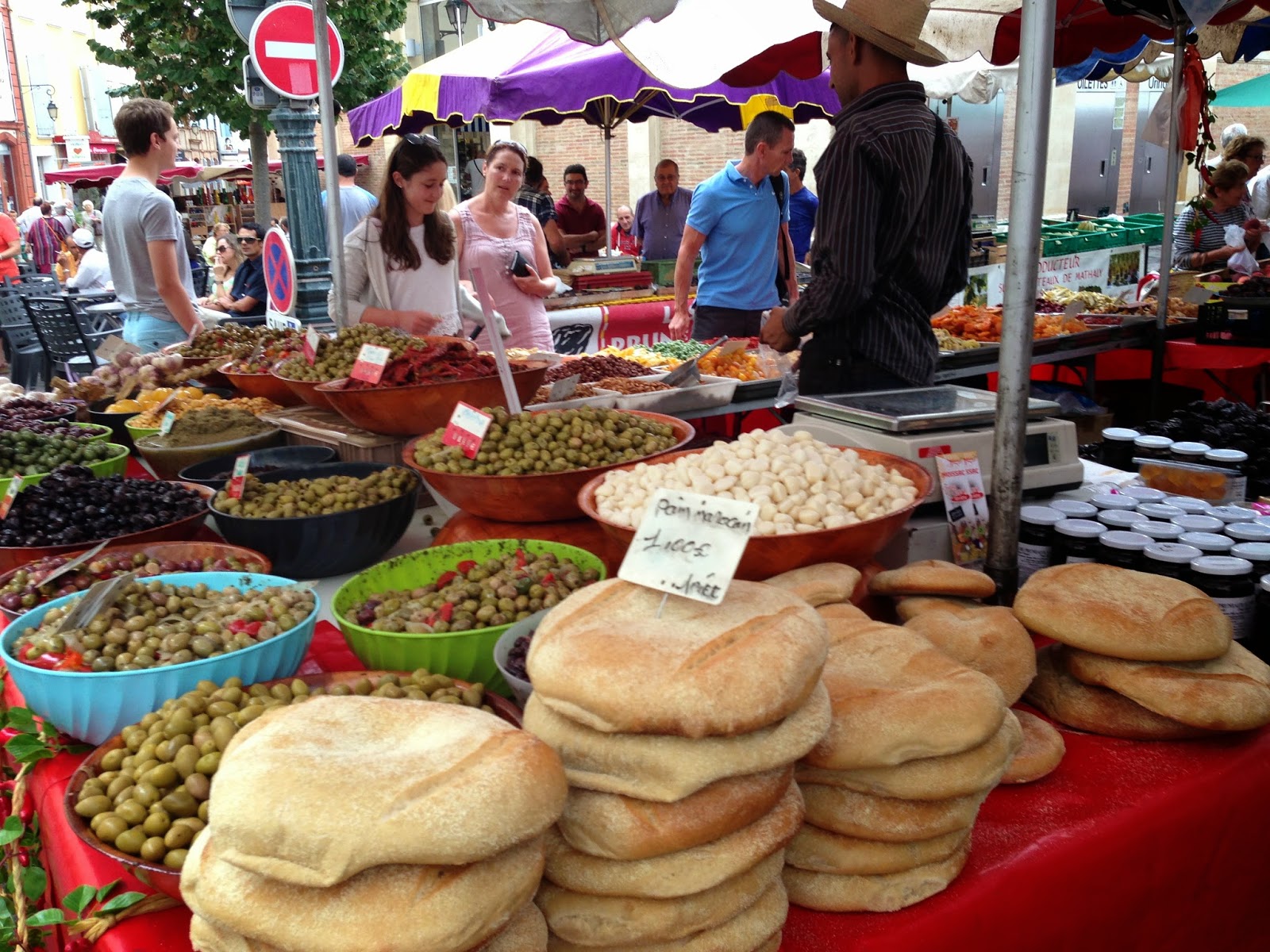 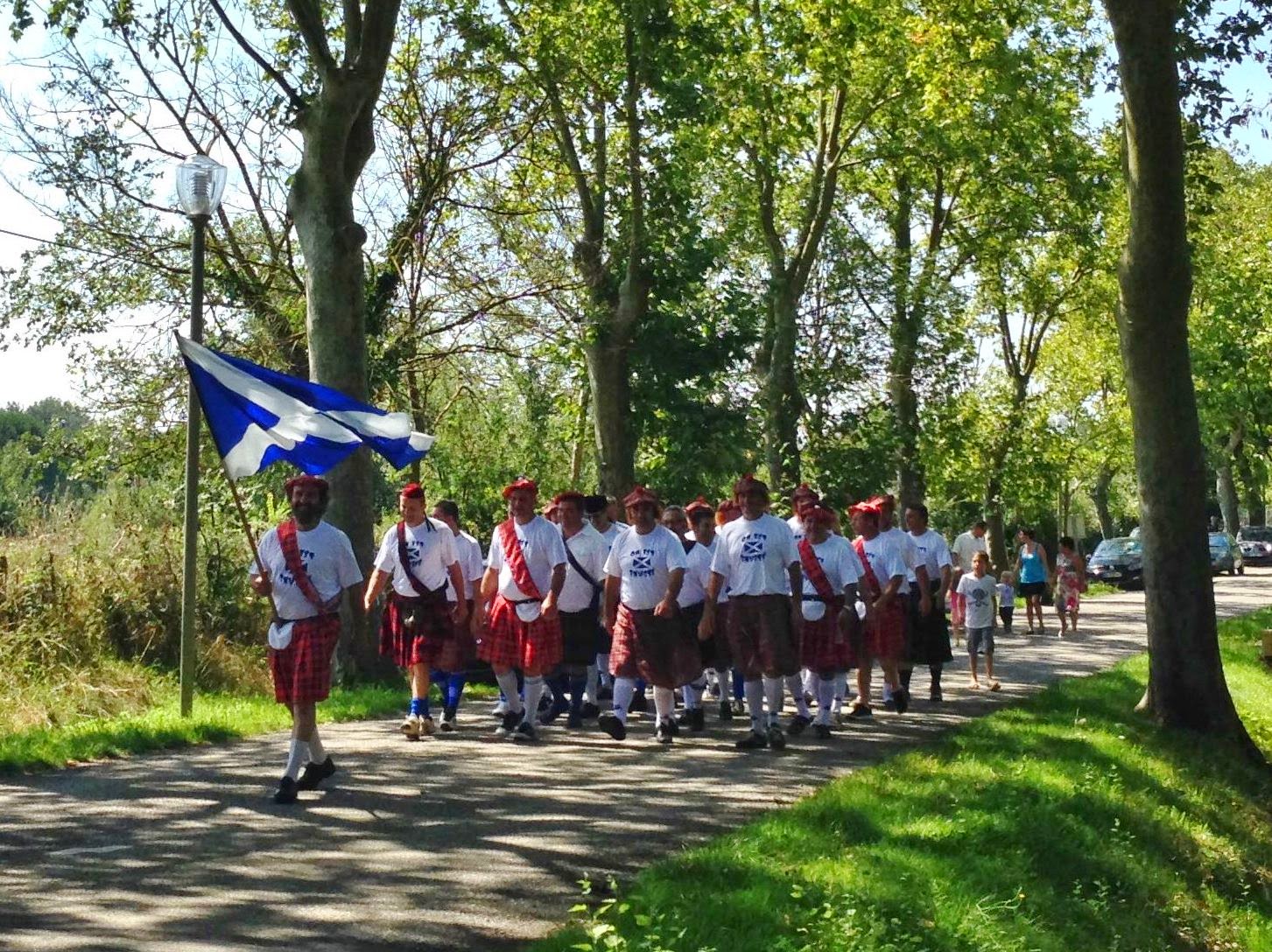 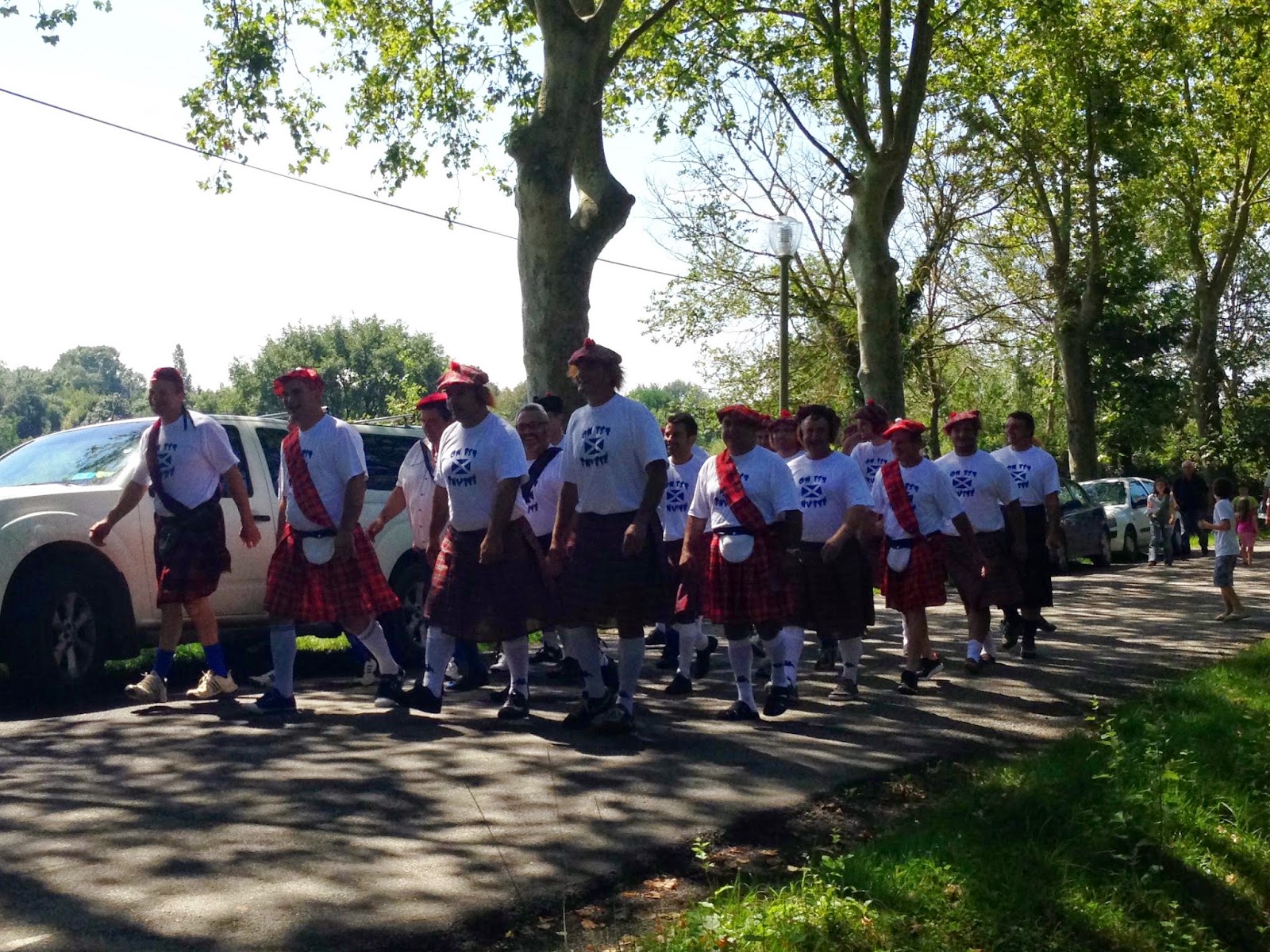 At the market I buy a loaf of Moroccan bread . The Moroccan man says '' that will be a million Euro's please. I hope you have the exact change ". He says this every week and every week I laugh politely.

The local rugby club are throwing a 21st birthday party in the Salle des Fetes. They've decided to come as Scotsmen. The first and second teams parade along the lane to the sound of Flower of Scotland playing from a car CD player. Many are wearing  faux ginger wigs and tartan 'bunnets' . They each wave as they pass. Bob greets each of them .

Late afternoon. The bell at the gate rings. The young fireman from St.Etienne is standing there. '' M'Ongoose ! Come over. We're singing Scottish songs ". So it is that Bob and Sophie find themselves with their owner on the village green. We're alongside the kilted rugby players, bemused Bulgarian melon pickers and a group of apparently feral children. All of us singing the Karaoke version of those allegedly Old Scots tunes - Old MacDonald had a farm ( the e-eye-e-eye-oh part entered into with tuneless gusto by the crowd ), Waltzing Matilda and Oh Suzanna !

Bob and Sophie thoroughly enjoy themselves. Their owner takes some comfort from the fact that no one can call him 'standoffish'.
Posted by Angus at 6:50 AM

No doubt participation of singing those 'traditional' Scottish songs was facilitated by a liberal dose of alcohol?
We need to know did Angus also don a 'See You Jimmy' hat?

How wonderful. Our neighbour in France has large parties for ex rugby players in a teepee (really) and we are regularly summoned to regale them with "l'hymne Ecossaise".

I don't think I actually want to live in France, but I might if we'd integrated the way you have. What's the French for standoff-ish?

Perhaps they meant Scottish emigrant songs..... (Where was the scottie to lead them?)

God bless them.
Your community have true affection for both you and Mme Font. Wonderful.
x

Hilarious! Can't believe so many people know the words to Waltzing Matilda and Old Susanna - or were they provided??

I had no idea that Old MacDonald had a farm was Scottish, and I learned Waltzing Matilda at school as a part of Cultural studies.
"A group of apparently feral children"....oh Angus you really crack me up with your "bang on" descriptions.
Sounds like lots of fun with a large group karaoke session such as this event, and I'm sure that Bob and Sophie really enjoyed themselves.

Gosh, those olives do look tasty

My goodness, you have a veritable little United Nations there in la France profonde. The only thing better than the word images and your photos would have been the sound track.

Ah, the things we do for our villages.
The Songwriter gave a concert for our own "Beautiful Byways" celebration yesterday.
Unfortunately, this being the US, Edward and Apple could not attend. Mores the pity.
xo

Your ecumenical nature is sympatheticlly appreciated by the French. You and Mme. Font have "assimilated" and are warmly regarded by your "voisins francais." You should have donned your kilt, grabbed your bagpipes (don't all Scots own a pair?) and piped the famous Scottish anthem, "Don't You Think I'm Sexy?"

Best keep an eye on you tube over the next few days, just in case.
It would be terrible if M'Ongoose's shenanigans on the village green were to cause him embarrassment in the future........!!

Hope they gave you a wee whisk