Life is too unpredictable to live by a schedule. 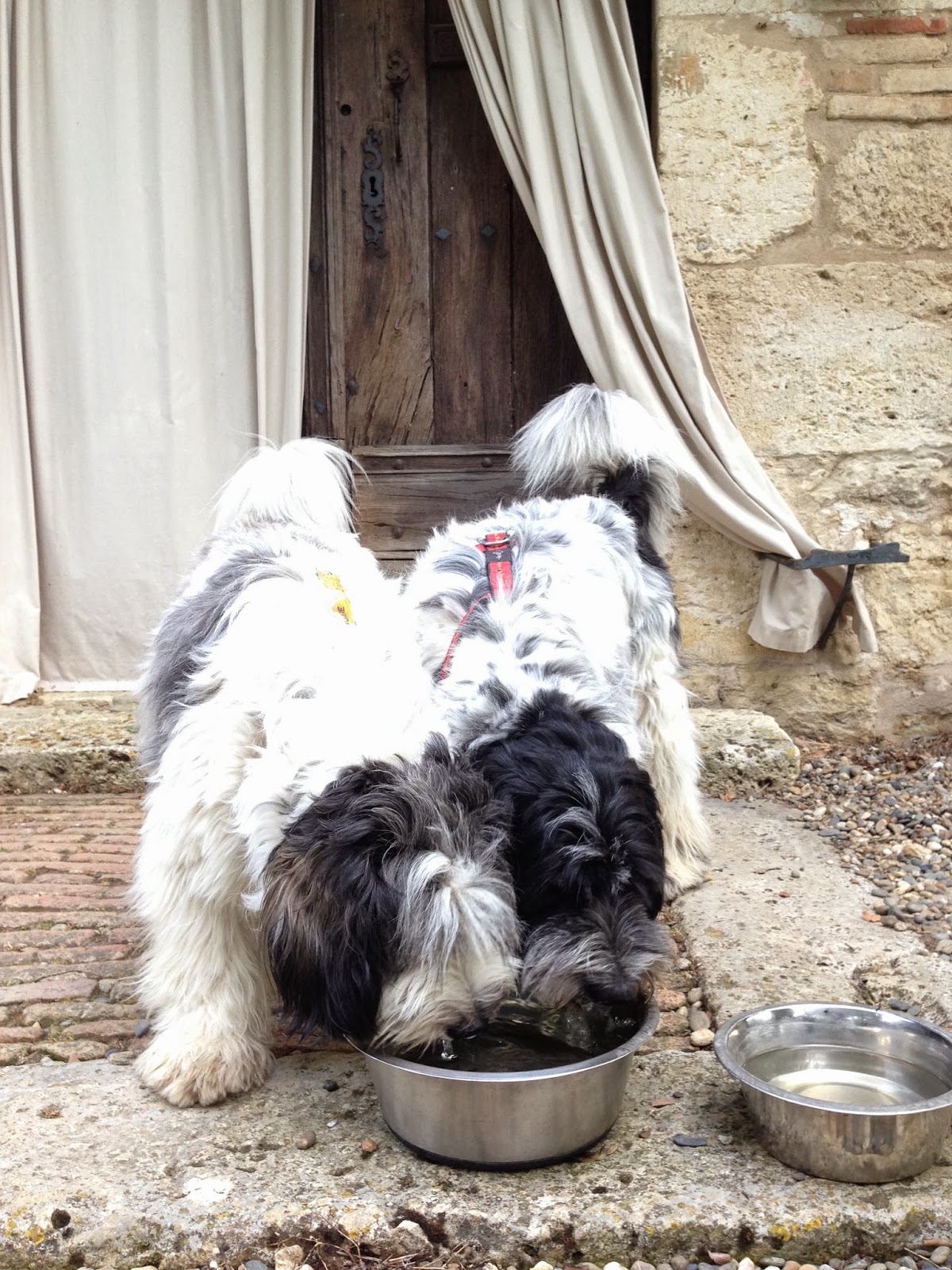 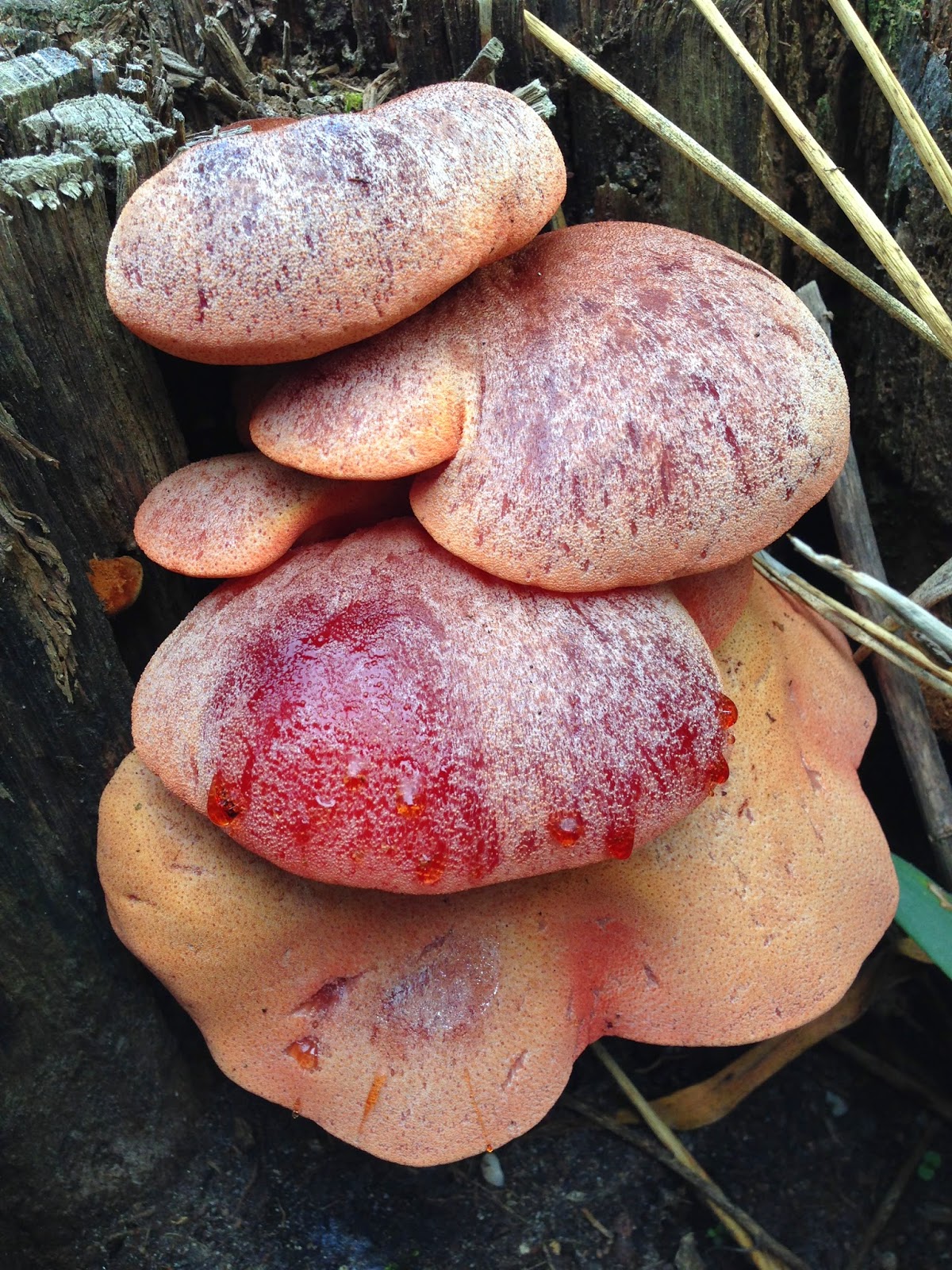 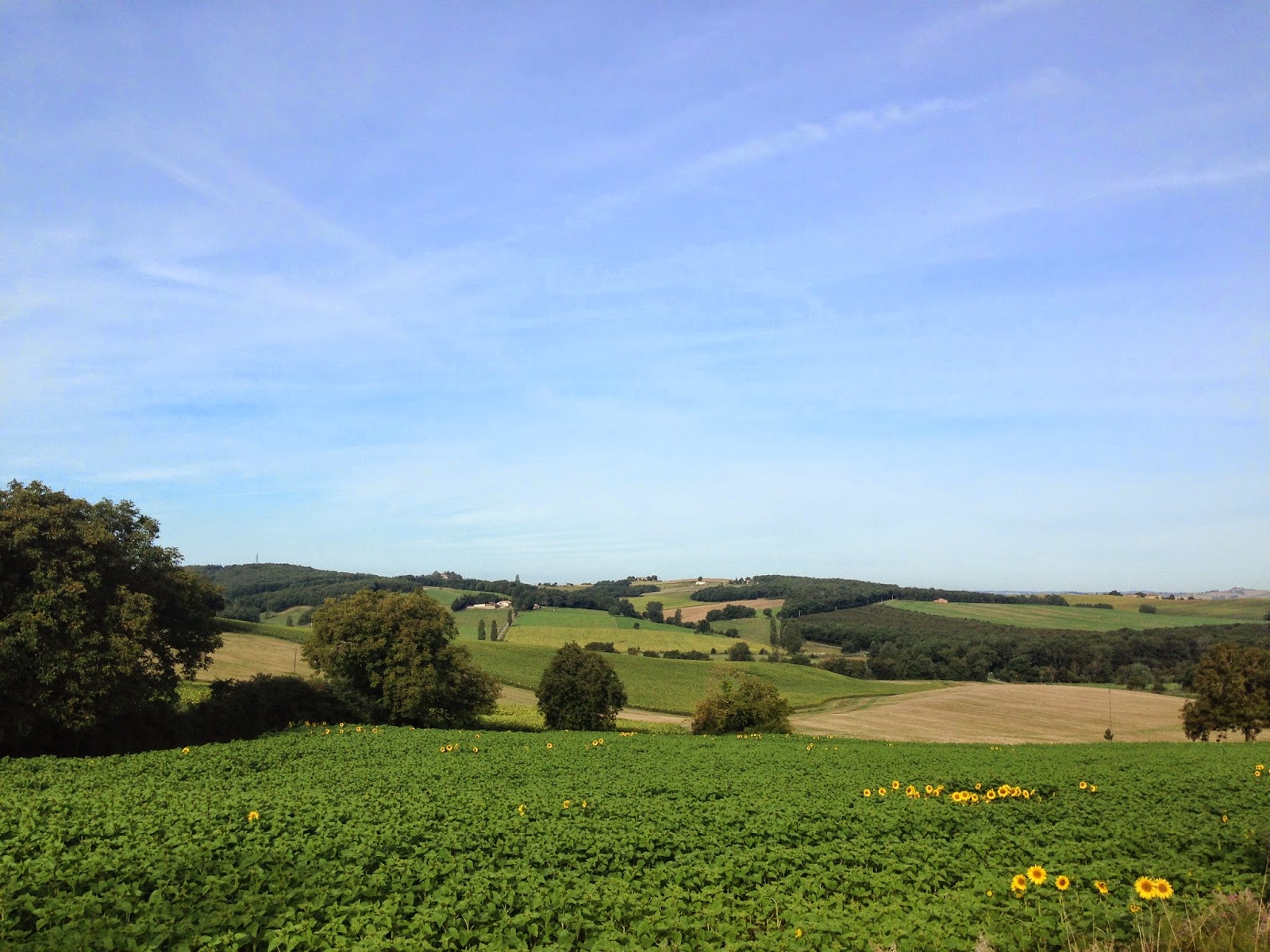 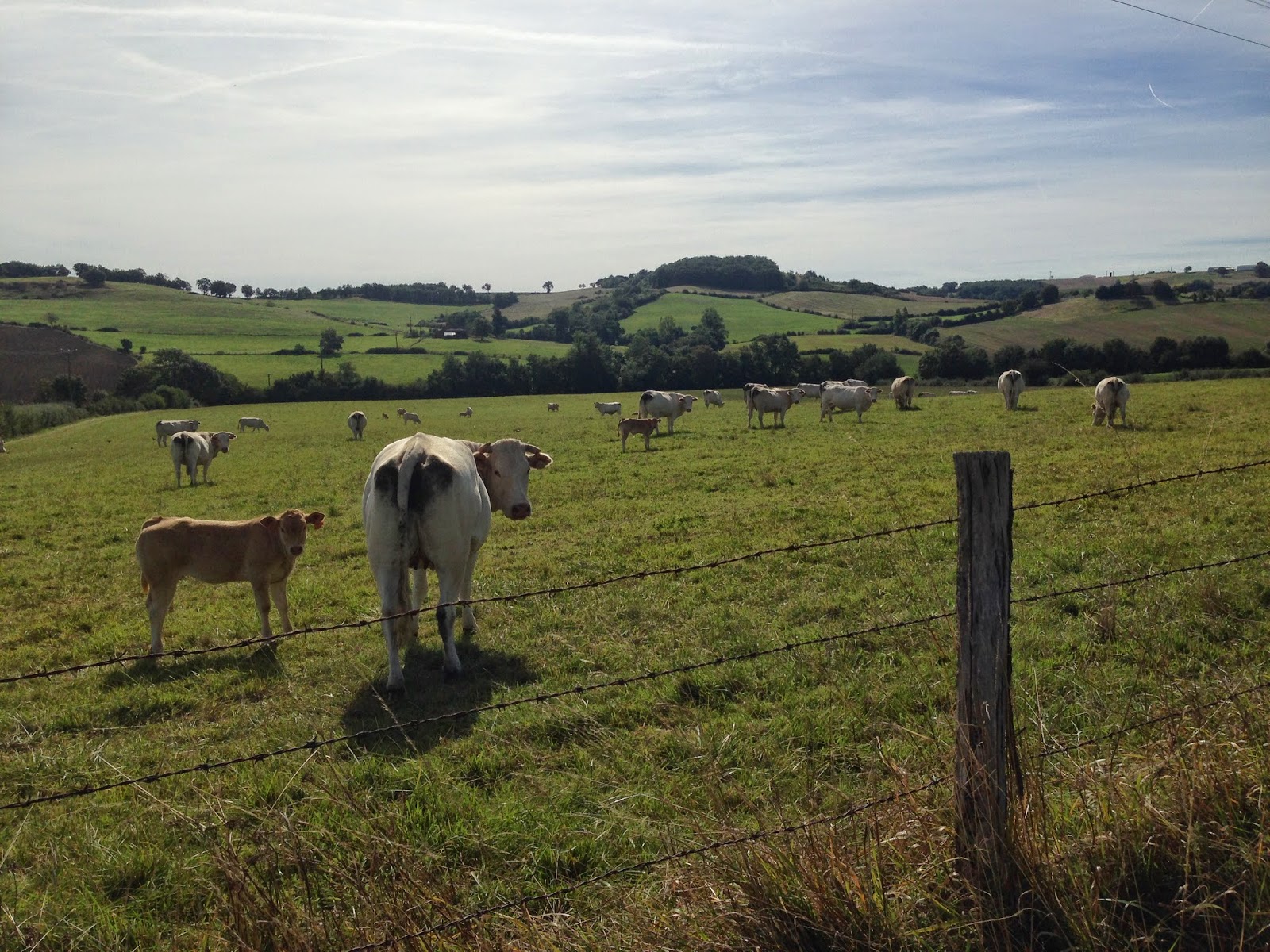 A drink from the bowl at the front door and the irrepressible duo are ready for their morning walk. By a tree stump they stand on their hind legs, tails wagging. Sophie yelps. They've found a fungus of memorable ugliness. Blood red and sweating. Perhaps that should be seeping. Disgusting ! Time to hurry along.

The sunflowers past their peak. At the edge of the village a last field coming into bloom. The farmer harvested wheat one day and cheekily planted sunflowers the next. By the stream a field of very young calves. Their mothers position themselves protectively. Not that they need worry. Bob and Sophie are on their leads and too busy leaping on invisible things in the grass verges to pay any attention to the newcomers.

This is Britain's most popular poem. Here the author reads it. In America it's created the 'red hat' society, which I'd never heard of but has 70,000 members. Its talk of unpredictability, gender notwithstanding, makes me think of the Very Old Farmer who remains in hospital.

Bertie's ears pricked up at the "eat three pounds of sausages at a go" line?
Cheers, Gail.

there is also a poem about...eeerrr preparing for this - more about regretting that you have not done things...I must have read that poem a very long time ago as I seem to have done those things then, not regret not doing them - now (or as a friend once said - it's better to sin than regret you haven't sinned):
http://www.unshod.org/pfbc/pfdaisies.htm

I like them two in the picture drinking water from just one bowl :) My Sally used to have a water bowl just by the back door in the summer. Next to it stood a bucket into which I would put bits of my weeding toiling, sometimes it was empty, sometimes when it rained it would fill up with water. THAT water was much tastier than the bowl water....

I think about The Very Old Farmer often...

Wow, y'all are sharin dat water bowl? Me and Finn never does that.

I think it might be a beefsteak fungus. No wonder the Pons liked it.

I've a few friends who are members of our local chapter of the "Red Hat Society" and they've asked me to join several times, but I've not done it -- Apparently it's the place where there is fun after fifty. The poem is also a favorite, and was of my Mother's as well; nonconformity was part of her makeup, and mine as well. I'd no idea of its origins, thank-you for sharing.

I continue to send my good wishes and thoughts for the Very Old Farmer.

We go from Bob and Sophie sweetly sharing their bowl of water to what appears to be some sort of tumorous
alien organ! Quite jarring.

Any chance you can find out, then tell us, what that amazing fungus is...the name and any or all characteristics.. I'd definitely like to know more about it. Before reading your description, I thought it was a pile of rocks where someone/something had bled. Wow. Ain't nature grand. Thinking of the VOF too, sending good thoughts.
Vancouver Barbara

We think it is a beef steak fungus.In days gone by locals would have cooked as an alternative to meat. We walked along the lane to look at it and agreed that it will be left well alone.

We think you're right.

I love when Bob and Sophie share a bowl of water....it is so adorable.
Is there any way The Font can find out how The Very Old Farmer is doing after his operation? Sending healing thoughts and prayers his way.

Obviously the water in that dish is the best.

We have a 'red hat' society here in Central NSW.

The poem is one of my favorites, and I know a few red hatters, although it will be awhile before I can join them.

We will ask Mme Bay.