How delightful to find a friend in everyone. 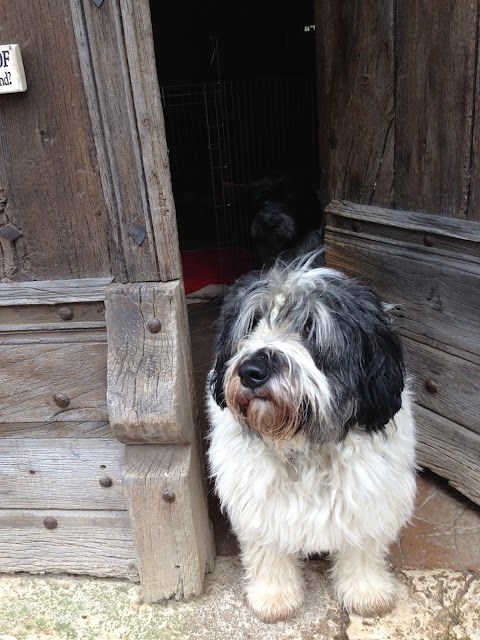 Sophie is the first out of the door. She glares.

Bob stays behind to biff the solar system fridge magnets on the dishwasher door with his nose. 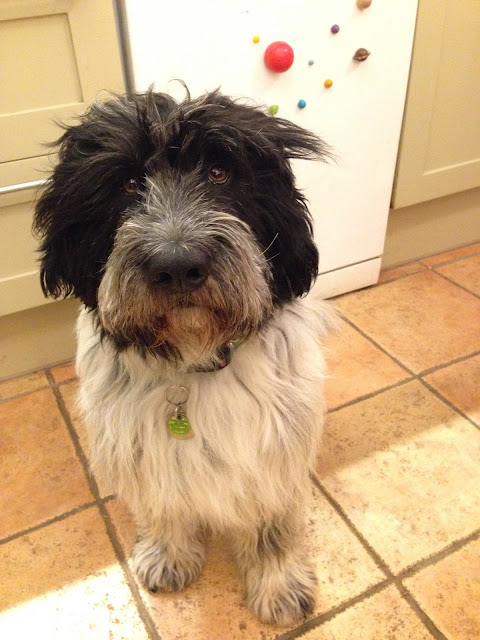 We stop off at the bakers. 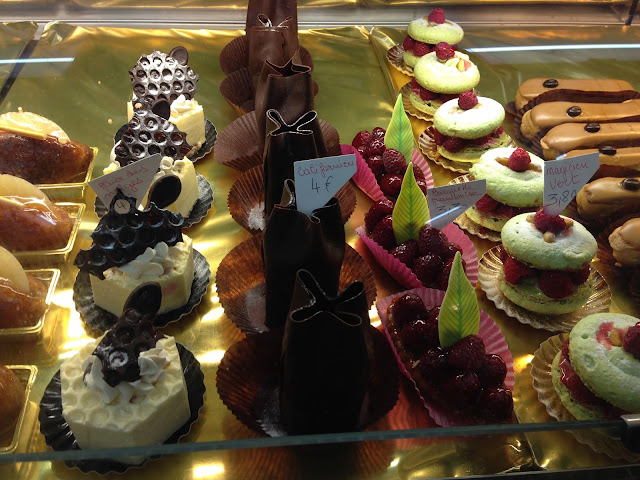 The bakers wife is in a particularly miserable mood. For a chocolate makers convention her husband has made an 18" high statue of chocolate children sitting on a chocolate bench. It is called 'Young Love'  '' Would I like to buy it ? ". Angus declines the kind offer finding the concoction to be scary. How would you eat it ? Rip a head off ?  Or start at the feet ? Freudian analysis and eating chocolate should not mix. 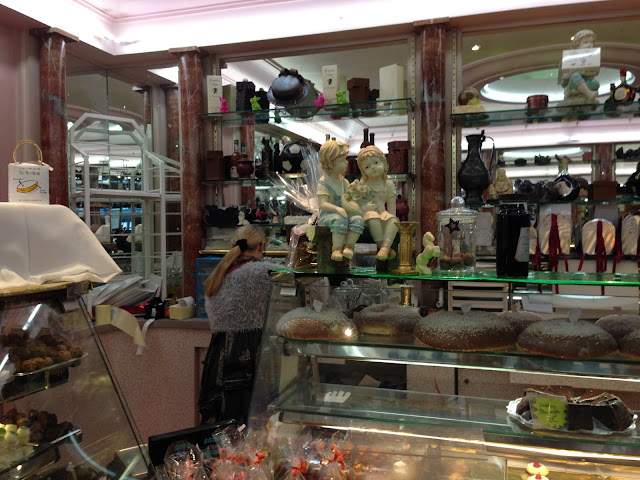 And here for the teenager in all of us is another of those Russian skiing moments : https://www.youtube.com/watch?v=l6OSAGEBpr0

Just as well the guy was hooked up to the local commuter train, and not a cross country express !
Those chocolate figures are very spooky, but I don't suppose the happy duo would have worried about where to start, so it's a good thing they can't have chocolate. Wonder what 'The Font' would have said if you'd taken it home?

Those chocolate children are truly creepy. And one would be faced with the same dilemma as I had when I foolishly made a 'replica Bertie' birthday cake. I think we started eating it/him tail first!
Cheers, Gail.

The chocolatier is very talented, if you had not mentioned that the statuette was made of chocolate I may have thought that it was a Lladro figurine of some sort.
Angus I've never skied but I'm beginning to get the bug.....love the videos.

Those chocolate children present the same kind of problem I had as a child with chocolate Easter bunnies: Head or tail first? It was always very traumatic.

The bunnies had such cute little faces! I just couldn't eat them. I would keep them in by dresser drawer, still in their box. I even named them. Everything would be fine until August. Living in the south, with no air conditioning can do strange things to chocolate bunnies in a drawer!

OK - what is this with Sophie the demon dog? I am getting way too much of a "let's just be guys together" vibe - Bob is adorable - but if Sophie requires you to meet a higher standard of behavior - is that to be disparaged?