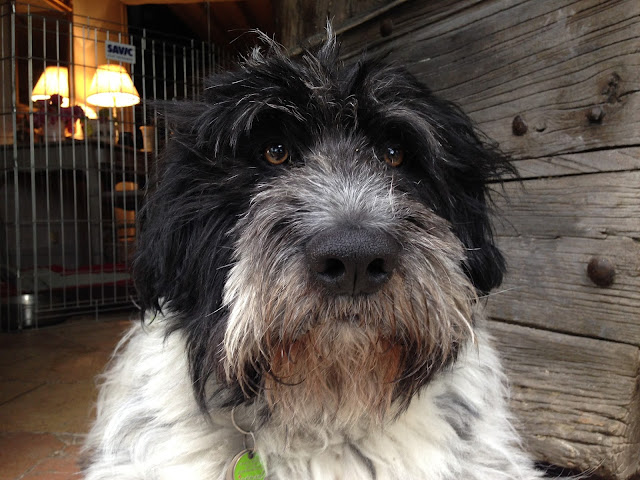 The Air France pilots are on strike. So are the workers in the oil refineries and ,as of Friday, the dustmen. Not that anyone would notice. France, as host nation for the European championships, has gone football crazy.  The ladies of the flower arranging class have had to move their activities to the kitchen patio so that a widescreen television can been set up on the stage in the Salle des Fetes. Beer kegs are much in evidence. The opening match, France against Romania, is a French victory. A winning goal in the closing minutes. Madame Bay, a patriotic figure in white chiffon, red turban and blue pashmina, forgets the constraints of her surgical stockings and does a balletic hands above her head Swan Lake style jig. Her great grandchildren scream with delight. 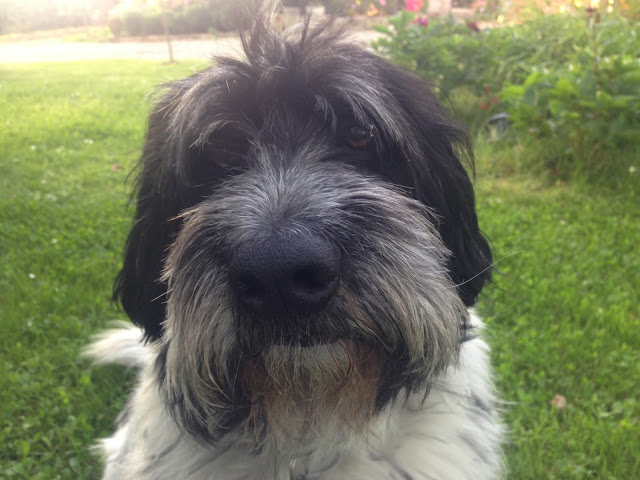 Down in Marseilles the English fans have started rioting. Their Russian counterparts have followed suit. Why is it that rugby matches are strangely familial affairs whereas soccer matches hint at simmering violence ? 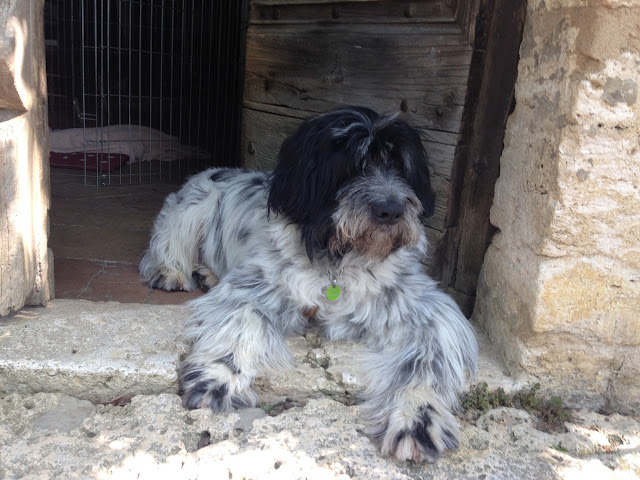 Here at The Rickety Old Farmhouse life follows a quiet routine. Bob has his place at the front door. Sophie glares at the empty yoghurt pot. Crimean Tomatoes can now be found in the greengrocers every day. 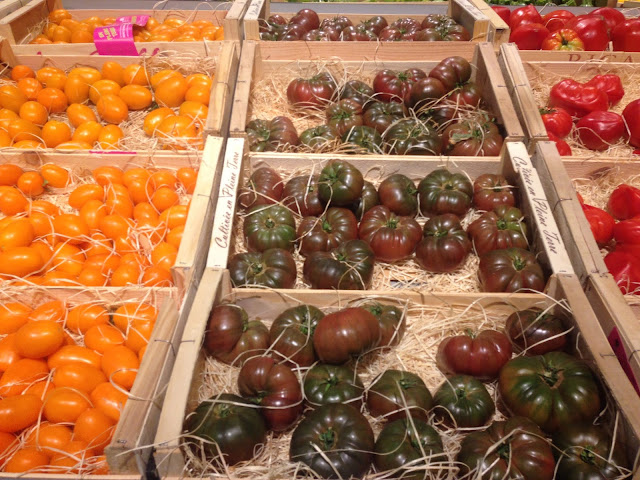 A hand written sign in the bakers window '' Gone to Noyon for a family wedding. Back next week ". There is a studied imprecision as to what ' back next week' means. The blinds in the window are drawn against the sun but the three tiered cake with its chocolate football and football boot decorations is left firmly on the sunny side. 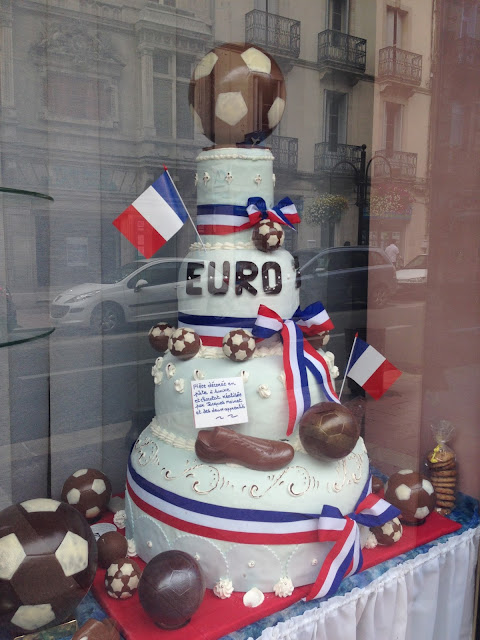 A petanque tournament underway near the newsagents. Bob shows signs of wanting to introduce himself to the petanque players. He and his sister are hurried along. 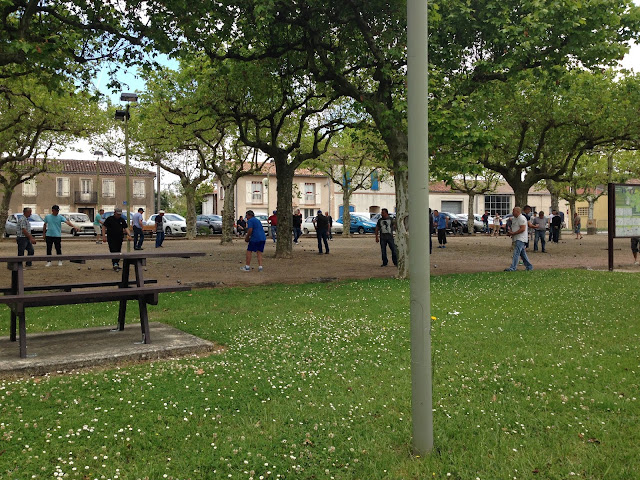 So starts a Sunday morning in the French countryside. In the scheme of things events too unimportant for a diary but too important to go completely unrecorded.
Posted by Angus at 7:05 AM

Football? In France? Really???
Will you and Bob be joining Mme Bay, et al, at the Salle des Fetes, with a sneaky bottle of Pomerol hidden about your person?
Why oh why do the British Football fans act in such a despicable manner. The rest of Europe will be glad when the UK is no longer in the Union, and they can ban the hooligans.

One despairs at the England (and Russia) fans' behaviour. As if the French police don't have enough to think about right now.

I guess we'll see just exactly what that cake is made of by the end of the week!

Wonderful 'rump-in' photo of Bob. His coat is beautiful with its mix of black and white.
At least those football thugs don't have easy access to guns like they would have in the
US. An 'estimated' 20 killed in a nightclub shooting last night in Florida. Another scene
of carnage.

No offense to the excellent craftsmanship of the baker, but I wonder, too, if the cake is real, or it's just a polystyrene/cardboard/plaster replica? Seems strange to leave it in the window in full sunshine - it will be somewhat shop soiled by the time the football has finished.. Should we take guesses as to what it's made from?

An especially lovely picture of Bob in the farmhouse door. The tomatoes look tempting. Does the flavor live up to appearances?

Bobs eyes are a reflection of the kind spirit he has.

Fans seem more violent in non-contact sports for some reason.

Oh gorgeous tomatoes! They're so beautiful. The Black Krim have such wonderful flavour.. Splendid !