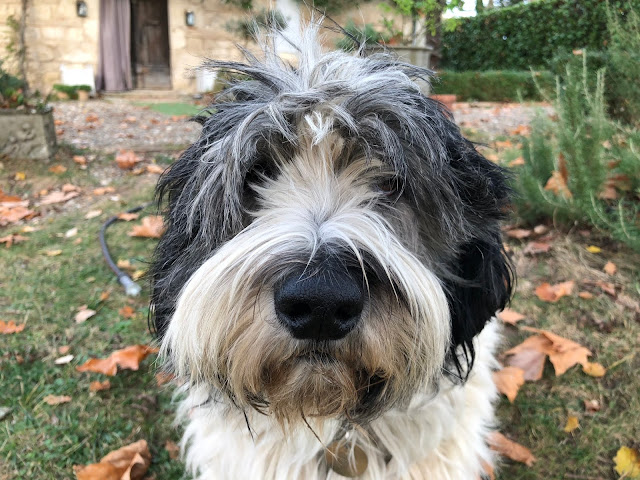 Sophie is having one of those ' winter hair ' mornings.

Her brothers coat is still asymmetrical. Hopefully the hair on his muzzle will grow. 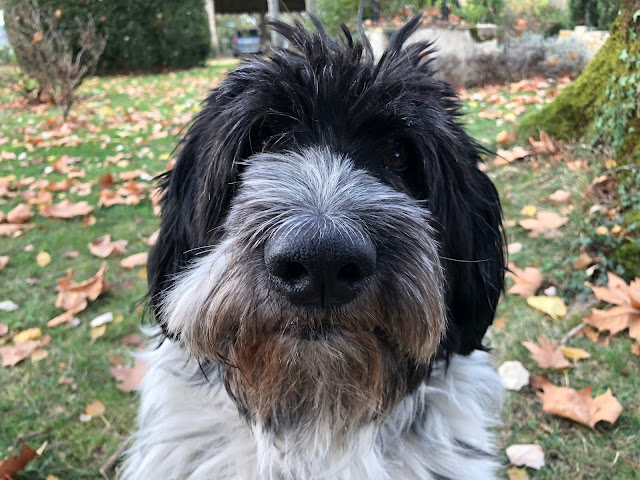 At the supermarket they've put up a display of Christmas gifts. The display is trimmed with black crepe paper - which is an unusual design element. 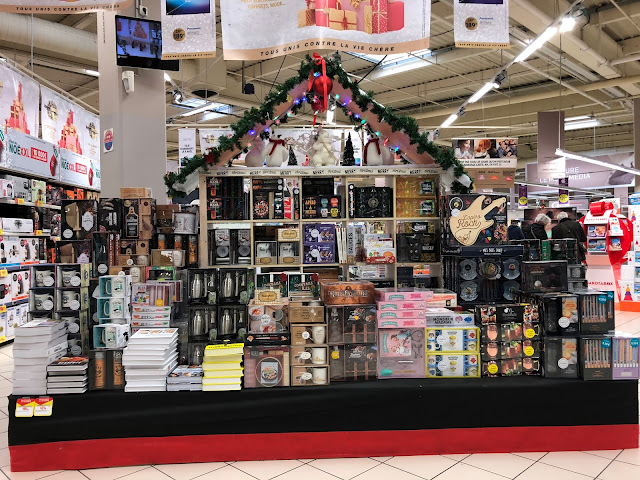 Closer inspection shows that Mexican skull glasses are a central feature of the display. Just the thing to toast the festive season. 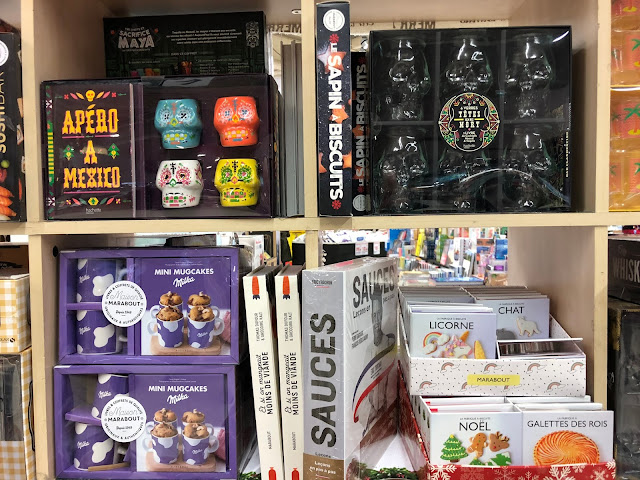 Something luminescently green in a packet of dried fruit. Could it be dried water melon ? 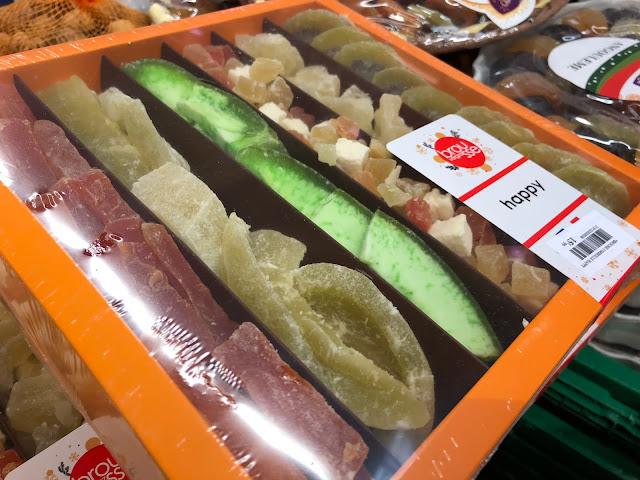 The bakery display continues to take its inspiration from 'sludge'. Absolutely nothing here to grab our attention. 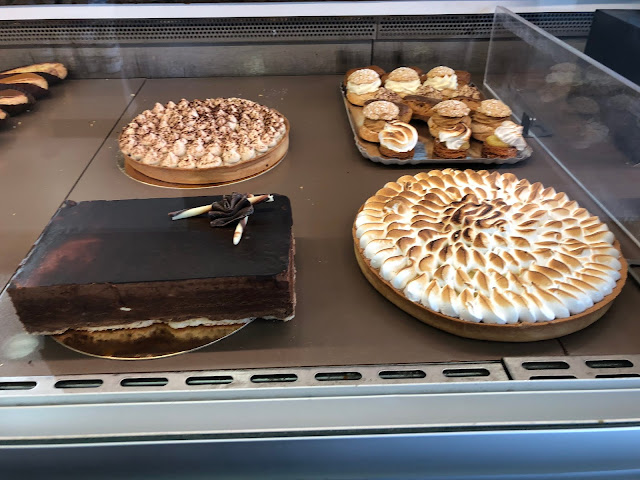 Angus and the PONs return to the car. In our absence two pigeons have flown over. They have scored direct hits on the front wing and the passenger door. We detour to the car wash. The PONs find going to the car wash to be the height of adventure. Safe and warm inside while a hurricane blows outside. They sit inside and look out of the back window as a jet of foamy spray is directed at them. How neat is that ? 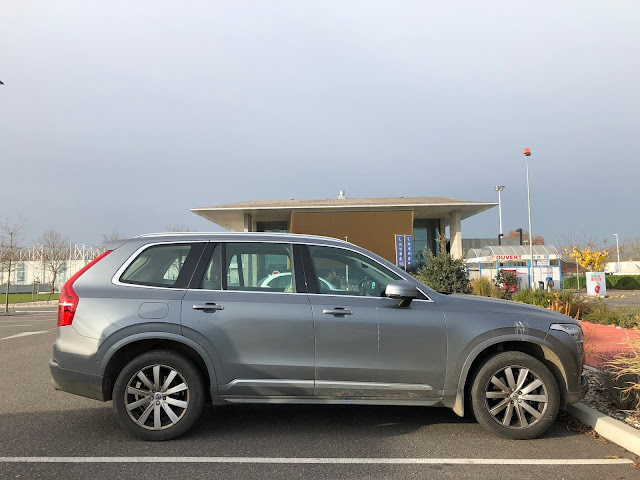 Just another day with two lively sheepdogs in deepest , deepest France profonde. The demonstrators are still blockading the motorway junction but elsewhere they seem to be taking a rest before the weekend.

The things you learn. More witches than Presbyterians in the US :
https://jonathanturley.org/2018/11/18/report-witches-now-outnumber-presbyterians-in-the-united-states/

One of those profound questions for all students ( and parents of students ). Does listening to music while working help or hinder concentration ? : https://www.gwern.net/Music-distraction

Your pigeons cannot, I suspect, compete with Aberdeen's seagulls in the matter of car art.
As for Presbyterian-related statistics, my favourite is that there are more in South Korea than Scotland..
Cheers, Gail.

Doesn't everybody love the car wash? Once, while borrowing my brother's car on a trip back home, I decided to be nice and take it through the car wash after filling the tank. I lowered the driver's window to enter the code and advanced onto the automatic track. But the window wouldn't go back up. I tried and tried. My husband and kid (in a child seat in the back) were yelling at me, and then the sprays started--I got it right in the face. My husband managed to detach our child and escape between sprays. They got the station manager to turn off the car wash. I got to my brother's house soaking wet (so was the car interior). He laughed heartily and said, "I forgot to tell you the electric window doesn't work all the time."

Hari Om
Do you think the baker has lost his mojo? As for music, fine - but silence is golden... YAM xx

We agree - the baker must be having some kind of crisis. We expect to salivate looking at a French bakers cabinet, and it has been a bit lack lustre lately.

It is not often one finds a good Christmas present at the supermarket, but you do wonder who would choose such tat for presents? I would rather just have a bottle of nice wine or chocolates than mexican shot glasses.

Sophie always looks as if her eyes are somewhat obscured by her fur, while Bob seems to have a clearer field of vision. Is it the way it grows, or perhaps he holds longer still for trimming?
The supermarket's dried fruit looks, erm, unusual.

I really loathe the Mexican skull trend. I was hoping it would disappear after November 1st!

Definitely looks like your patissier is going through a bout of depression. Do you think that he needs a holiday ?