A roster of local farmers. 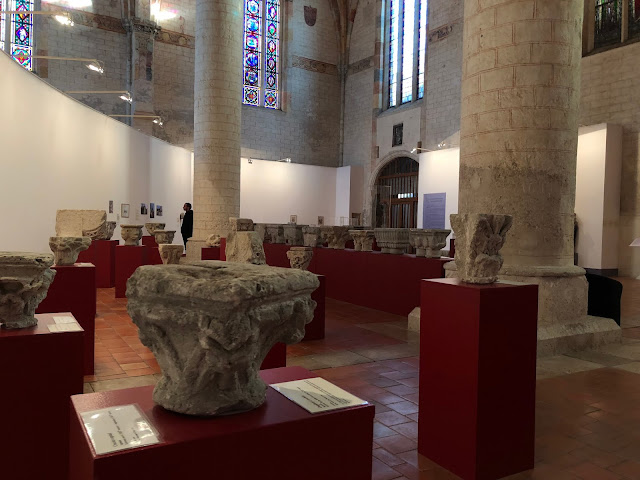 During the excavations they found a 12th century enamel reliquary which once contained the bones of a saint. Presumably, it was thrown away when the church was ransacked during the revolution. How amazing to think it just lay there for two hundred years until someone stumbled over it. The enamel work , if not exactly fresh, is in good condition. 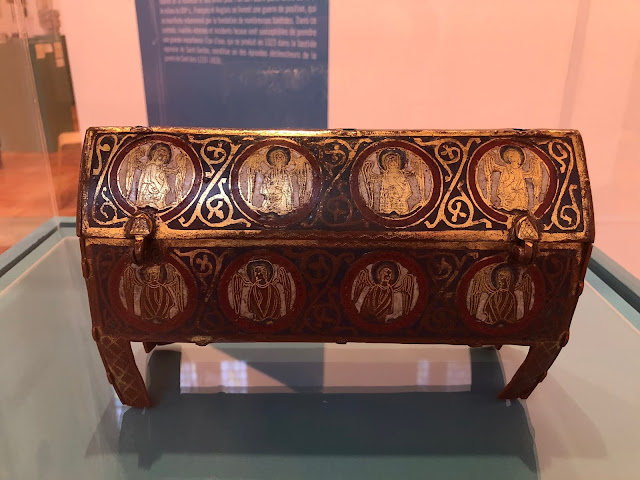 The old Englishman in the village three miles away drops off two poppies in the letter box.  His wife always did this for Armistice Day and he's continued the kindness. 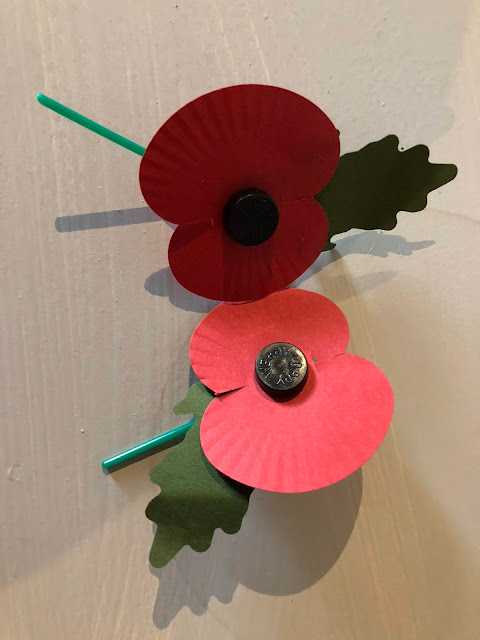 Angus is up early talking to men in dark suits about overnight developments. Absolutely no surprises although the result is far more profound than it appears. On the other side of the lane The Old Farmer is trying out a new mobile phone. While Angus is busy 'The Font' spends an hour or so showing him how to take photographs. Another 'refresher' course may be needed tomorrow.... and the day after. 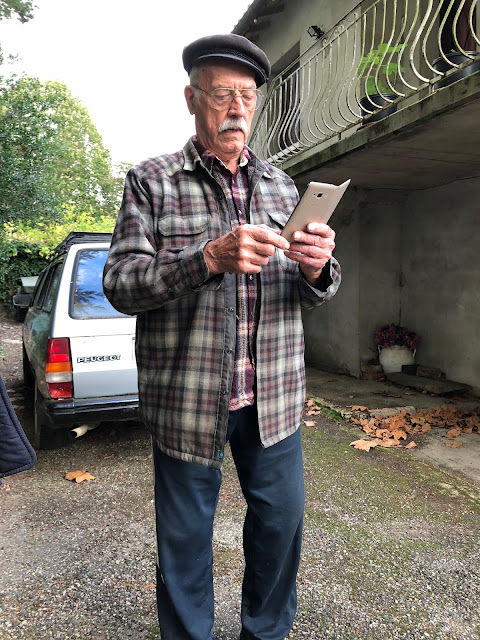 Plans for the November 11th commemoration well underway. Just over two weeks after the outbreak of war the first of the village boys was already dead. His best friend, standing next to him, was riddled by machine gun fire. The friend came back to the village but died from the loss of his limbs eight years later. The two friends lie alongside each other. There has been much activity today with the graves being washed and tidied up. On Sunday morning each of the soldiers that returned ( many were buried in graves elsewhere ) will have a family member visiting their grave. For those who can't be traced a roster of local farmers will be on hand to stand guard. At 11 everyone will gather by the graves for a vin d'honneur. 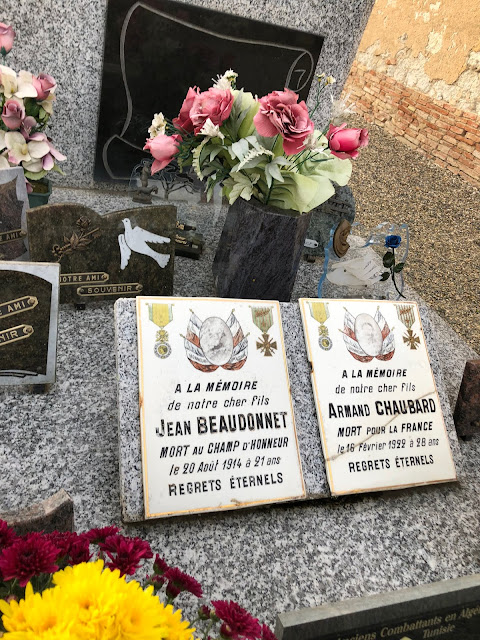 Just another day in a small French village where nothing ever happens.

This is very French : https://www.youtube.com/watch?v=fC6YV65JJ6g

The Requilary is rather beautiful, and as you say you wonder who would just discard such a thing. Maybe they didn't like antiques back then? I am sure Armistace day is very important across France and the UK. It is sobering to think of all those young lives lost. I was lucky enough to go to Gallipoli many years ago, to visit the war graves and see the hills where those young men died was memorable.

One of my Great Uncles served in France, and was lucky enough to return after WW1. When we asked our dad what he did in the war, he said that Great Uncle Pat just rode a bicycle round. Somehow one thinks it was not an easy chore whatever he did. Two other of my Great Uncles served in WW2. Uncle Frank was in a Japanese POW camp, and Uncle Jack was in Monte Cassino in Italy. They never talked to us kids about it which is a shame. It think though they just wanted to get back home and get on with their lives.

Two other of my Great Uncles served in WW2. Uncle Frank was in a Japanese POW camp, and Uncle Jack was in Monte Cassino in Italy.

Can we look forward to holiday snaps from the Old Farmer in future?

I've learned that whenever you promise that something is "very French," I must watch. Your post altogether today was somehow a perfect antidote to American politics.

I wouldn't hold your breath .

An older generation seems to have taken hardship and danger in its stride.

Impeachment is dead and we'll soon bid adieu to Sessions, Kelly and see a 'review' of Mueller. And you thought the first 2 years were exhausting ?

I wouldn't have guessed you were a Maître Gims fan.
The Old Farmer is far more chic than I had imagined--layered plaids! oversized aviator glasses! cap at a jaunty angle...I just saw a cap like that at Primark in Toulouse! He hits every trend. Just needs a bushy beard and a sleeve tattoo.

As a Democrat, I'm waking up this morning not feeling great about the losses and giving Trump a bigger majority in the Senate. But winning the control of the House will hopefully mean that despite those losses, that for the first time the president is going to have an effective check and guard rails on his legislation and policies.

In reading your post and all that's being done to remember and honor those lost, I hope and believe that making the personal connection will reinforce a determination to live in peace. And in my fog this morning I'm wondering if Japan, North Korea and Vietnam remember and commemorate their soldiers would fought, died and suffered for the ideas and causes they believed in?

Hari Om
I really enjoyed that song... a new artiste to follow up on!

As Poppy Scotland is one of my 'regular' charities, I am moved deeply by the gesture of the postbox poppies... am preparing myself for what I know will be a somewhat overwhelming commemoration this year. YAM xx

The Old Farmer does look perplexed. Perhaps it would help if the Belgian Lady took some instruction too so that when travelling they could figure things out between them.

Feeling somewhat deflated this morning after last night's results. Trump will enjoy constantly howling about Nancy Pelosi if she manages to hold on to the Speakership and hopefully Mueller will stay out ahead of any 'review.'

Does the Old Farmer know that he is now an internet star?
Mr. M's people some time ago filed a number of sealed court documents. I am hopeful that some of them have an open-if-bad-happens tag on them and that they are indictments. Yes, the next two years, maybe the next six, are going to be brutal.

I would rather enjoy that exhibition (for about 10 minutes), but I am chuckling at 'This is as interesting as an exhibition of medieval stone fragments can be'. For some reason I imagine this is something that Mme Font might say!