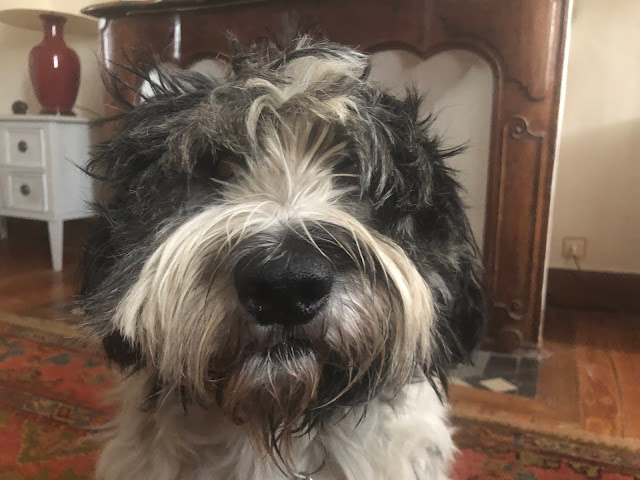 1) Impatient to get the day started

2) Enthusiastically happy once it does

No prizes for guessing from these photos which is which. 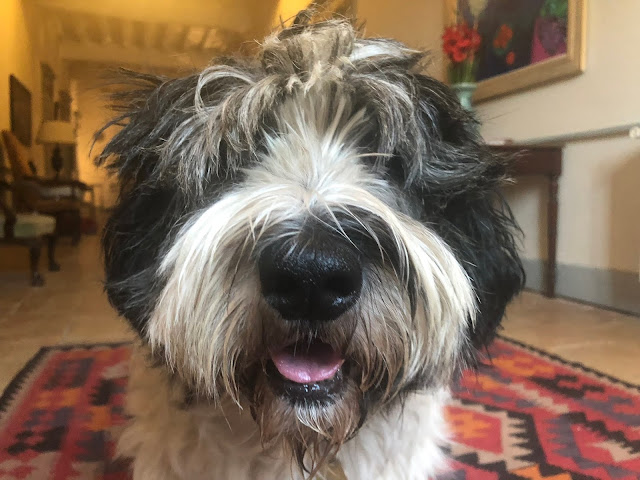 Someone in the greengrocers has time on their hands. Aloe fronds make an upright appearance on the exotic fruits counter. 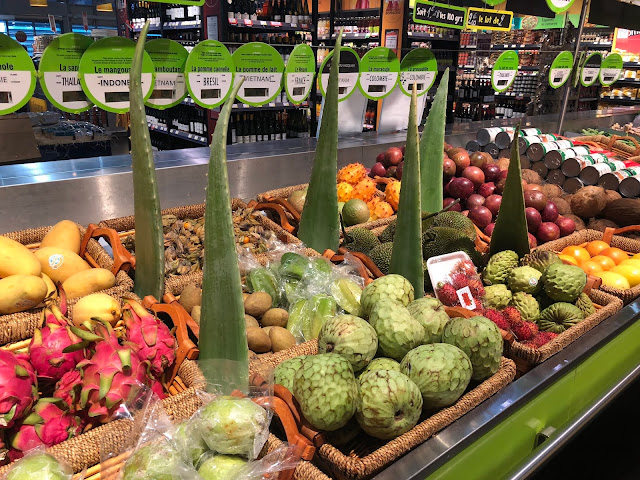 A full selection of pineapples. The French ones are by far the best. 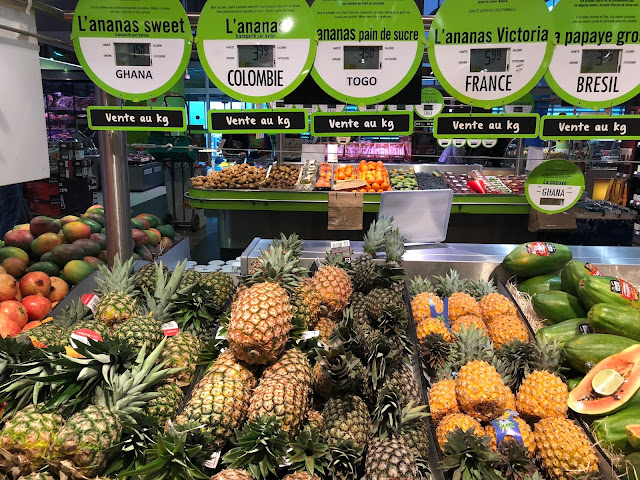 The bakers, the PONs are delighted to discover, are still making enormous croissants. The dough has improved. This one warrants an 8.5/10. The PONs, who each get  two mouthfuls of curly end, rank it a 15/10. 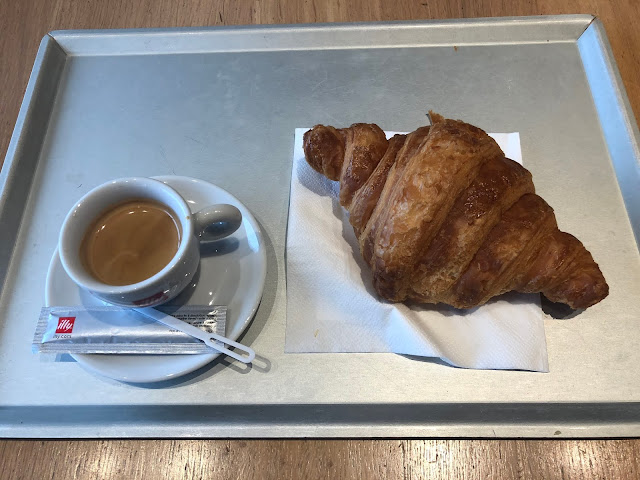 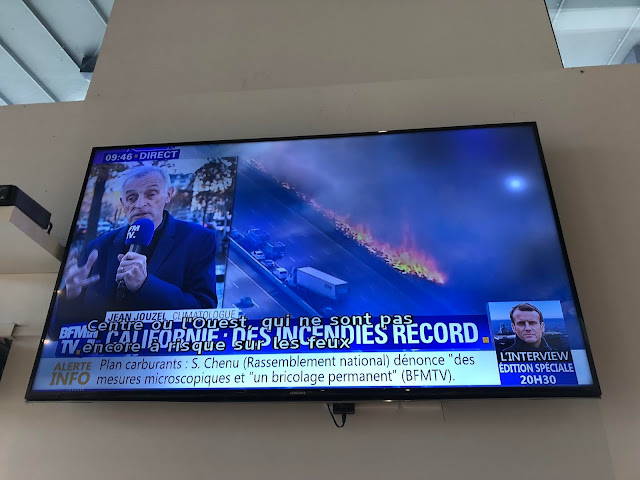 A croissant that is both huge and tasty. A win-win situation if ever I heard one!

Those aloe spears make me think that Jaws is taking over your greengrocer's.
Now I'm hungry for good pineapple and a croissant.

We agree - the Aloe is somewhat scary. We love a good pineapple. We imagine French ones are from Tahiti?

I had exactly the same impression!
The NYT has an article today about the utility's potential role: "Utility Customers May Be on the Hook for Billions in Wildfire Damage," with the explainer "The company's stock has been cut almost in half since last week as investors assess the potential payout if its equipment is found to blame." This sounds like (1) the people who will foot the bill are the same ones whose homes burned down, (2) are we supposed to feel sorry for the investors? because I don't, and (3) how much do you want to bet not a single executive will face any kind of repercussion?

Hari Om
I would opt for the Ghanain fruit - it really is very sweet - we get them even here in Coop!

In case, like myself, other readers don't subscribe to the Washington Post, the video of the whale rescue is available on other sources; it is quite the tale! YAM XX

The California fires are truly horrific. Videos from those who narrowly escaped them look like something straight out of a movie as many drove through tunnels of fire to evacuate. The smoke from them, via the jet stream, are visible in New England. Some preliminary reports about the cause are suggesting that sagging power-lines near trees may have caused them.

When the winds were gusting up to 85 mph the other day in San Diego County, PG&E cut the power to many areas even though there was no immediate threat of fire but eliminating the threat in case any lines did come down.

Happy the whale was saved, but I found the man screaming instructions from the boat rather irritating. I kept thinking why don't you jump in the water and do it yourself!

Yes, especially #3. Apparently it's been a known problem for PG&E. Fire made worse by cutbacks in land/forest management under the current occupant.

Regarding Sophie’s two looks : picture one is 2 and picture two is 1. I showed my aloe plant the spikes in the produce picture, only for inspiration. The fires in California are heartbreaking. I can not imagine the fear all of the people went through trying to evacuate.